OnePlus has been teasing some custom changes to Android TV for its forthcoming OnePlus TV. Today, we’re getting a peek at that smartphone integration with the latest OnePlus TV teaser.

This week, OnePlus CEO Pete Lau has posted two teasers regarding the smartphone integration on the OnePlus TV. The first was a peek at an app running on a OnePlus 7 Pro across from the previously-revealed remote, hinting at how an app could replace your remote control. This was also something OnePlus teased in a previous interview, calling the integration “seamless.”

Now, we’re getting a first look at what makes this integration so seamless. A very brief GIF seen below shows what appears to be a custom Android TV keyboard and some sort of custom app on the OnePlus TV. Next to that, we can see a smartphone app which is clearly the remote app OnePlus will be offering. As the words “Wonder Woman” are typed on the smartphone, the text immediately appears on the OnePlus TV.

Clearly, the smartphone integration on the OnePlus TV is fast. It’s certainly faster than Google’s own aging Android TV remote application, but I think it’s safe to say this is roughly the same speed as what’s offered on the Nvidia Shield TV.

Regardless, this shows the level of integration OnePlus is going for with its TV. The interface looks clean and fast and we can’t wait to see more of the app. From the looks of it, there’s something camera-related here too. 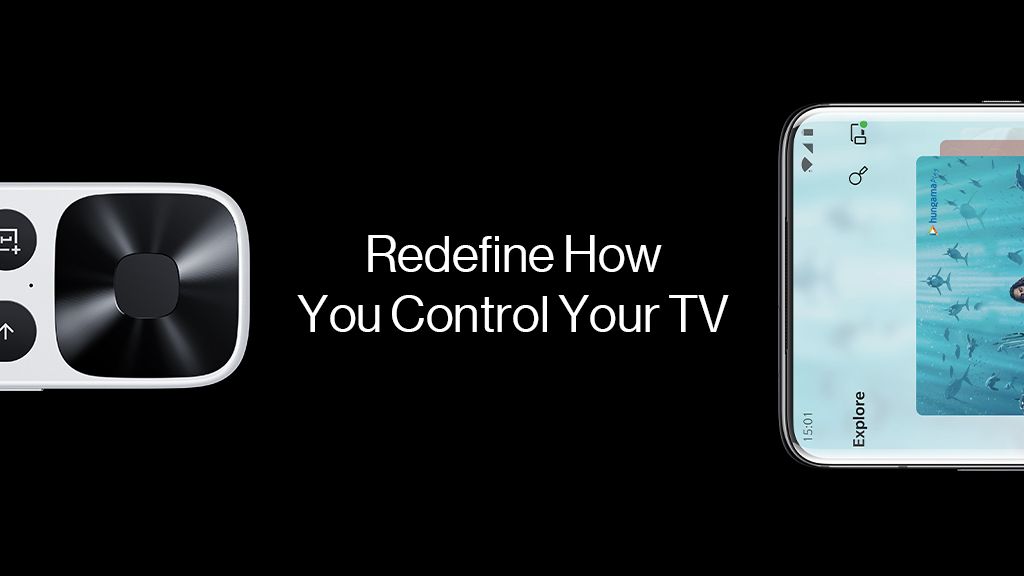