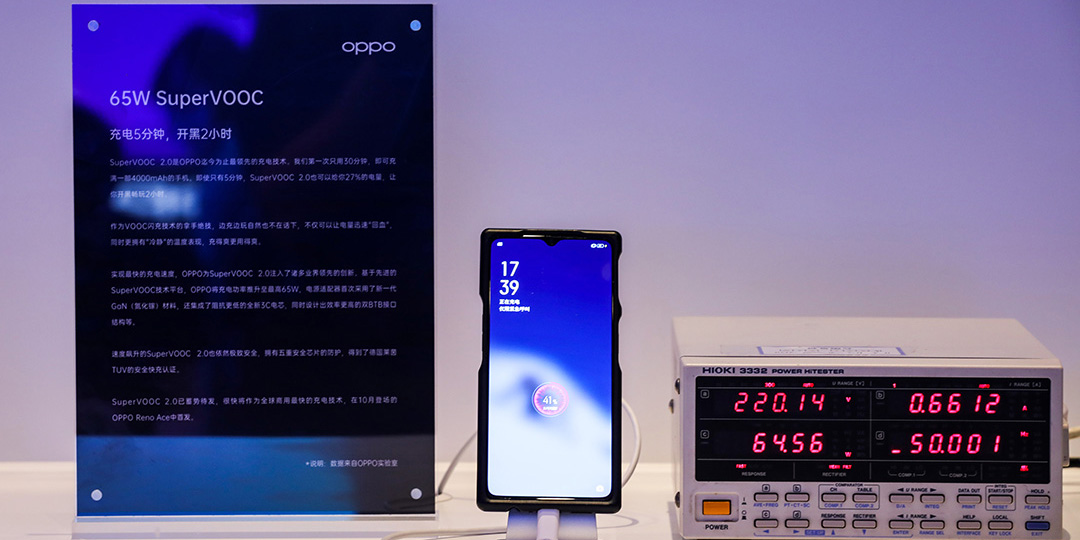 Fast charging has been around for a few years at this point, but it just keeps getting better over time. Today, Oppo has announced its latest fast-charging solution which pumps 65W of power into a smartphone to charge it in barely half an hour.

Oppo was one of the first companies to introduce fast charging several years ago, and it’s latest announcement debuts three new standards for a speedy fill-up.

The most exciting of these new fast-charging methods is Oppo’s SuperVOOC 2.0 65W charging. Many fast charging systems today fall somewhere between 18W on the Pixel series and 30W on the OnePlus 7 Pro,  and the Note 10+ turned heads back in August with its 45W capacity, but Oppo is blowing that out of the water.

The company says that this system can charge a 4,000 mAh battery in just 30 minutes with a 27% charge in just 5 minutes. Oppo pulls off these speeds using Gallium Nitride (GaN) semiconductors and has five different safety measures throughout the wire, adapter, and handset.

After a lot of anticipation about 65W SuperVOOC, let me show you how fast it really is! 😎 pic.twitter.com/p1UHi18v6Q

Further Oppo has also debuted a new wireless charging system which hits 30W power. It can fully charge a phone with a 4,000 mAh battery in about 80 minutes. There’s also a new Flash VOOC 4.0 system which charges at 30W. It can fully charge a battery in 73 minutes, but fills up 67% in just 30 minutes. The last 10% is charged at a slower rate in order to protect the battery.