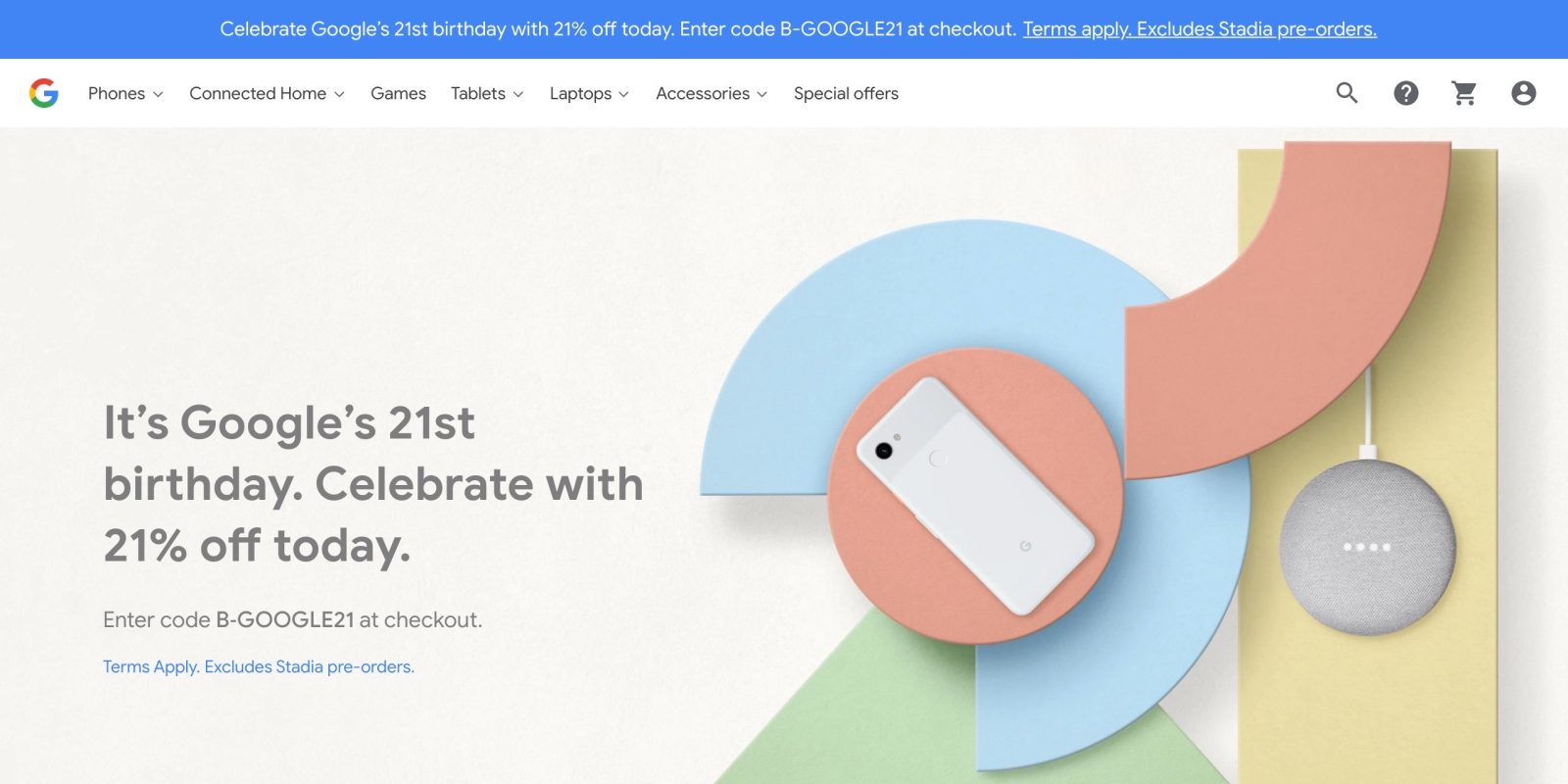 As previously teased, Google is celebrating its birthday this year with a deal on Made by Google products. European Google Stores are marking the 21st anniversary of the company’s founding by discounting products 21%.

While Google was actually incorporated on September 4, the company has long celebrated the occasion on September 27th. European Google Stores today feature a banner announcing the offer:

There is also a stylistic cover image on the homepage that features a Pixel 3 and Home Mini. There are some restrictions, with the most common one being that Stadia pre-orders are not included. That’s the main restriction in the United Kingdom, while France notes there is no Pixel 3a discount. Nest Aware subscriptions are also excluded.

Each country also has a tweaked promo code. In our testing, each product — including the Pixelbook and Pixel Slate —  in your shopping cart will be marked off by 21% after redeeming the code at the bottom of the page. The full terms and conditions are:

Visit store.google.com to redeem. Offer ends 27th September 2019 23:59 BST. Must be age 18 or older. Promotional code offer is provided by Google Commerce Limited for use on Google Store UK only (must have UK shipping and billing address), and subject to the “Promotional Code Terms on Google Store”. The offer cannot be combined with other offers, promotions or used on any product bundles. The offer cannot be used on any Stadia pre-order purchase or Nest Aware subscriptions. 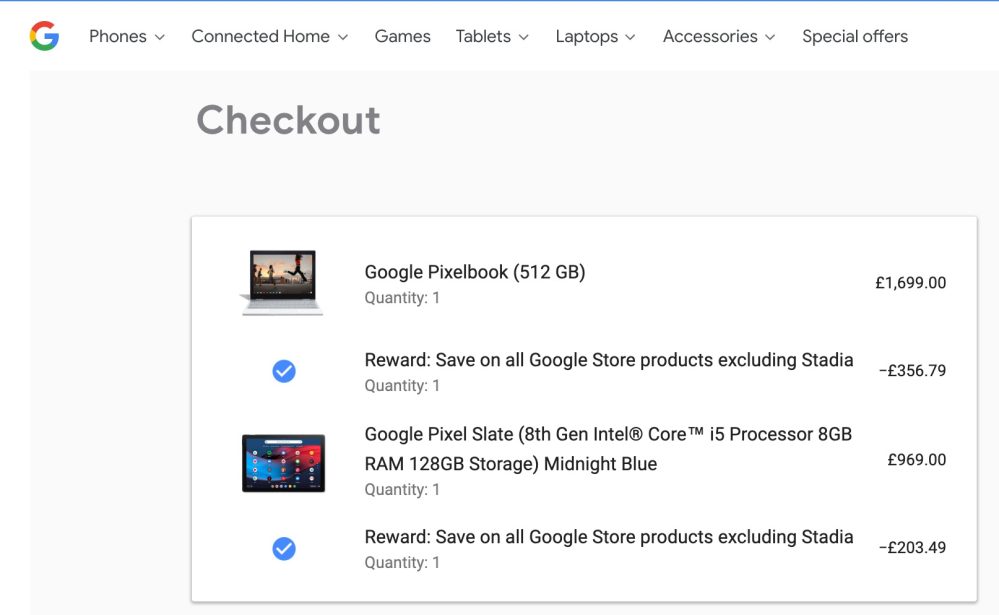 This Google Store birthday discount might be Europe-only as there are no deals in Australia or New Zealand. There were no teasers in those countries, or the U.S. suggesting there might not be one stateside at midnight.

This deal comes less than three weeks before Made by Google 2019 where new Connected Home products and Pixel phones are expected.