[Update: Pixel Buds 2] Made by Google 2019: Here’s everything we expect for the Pixel 4 event so far 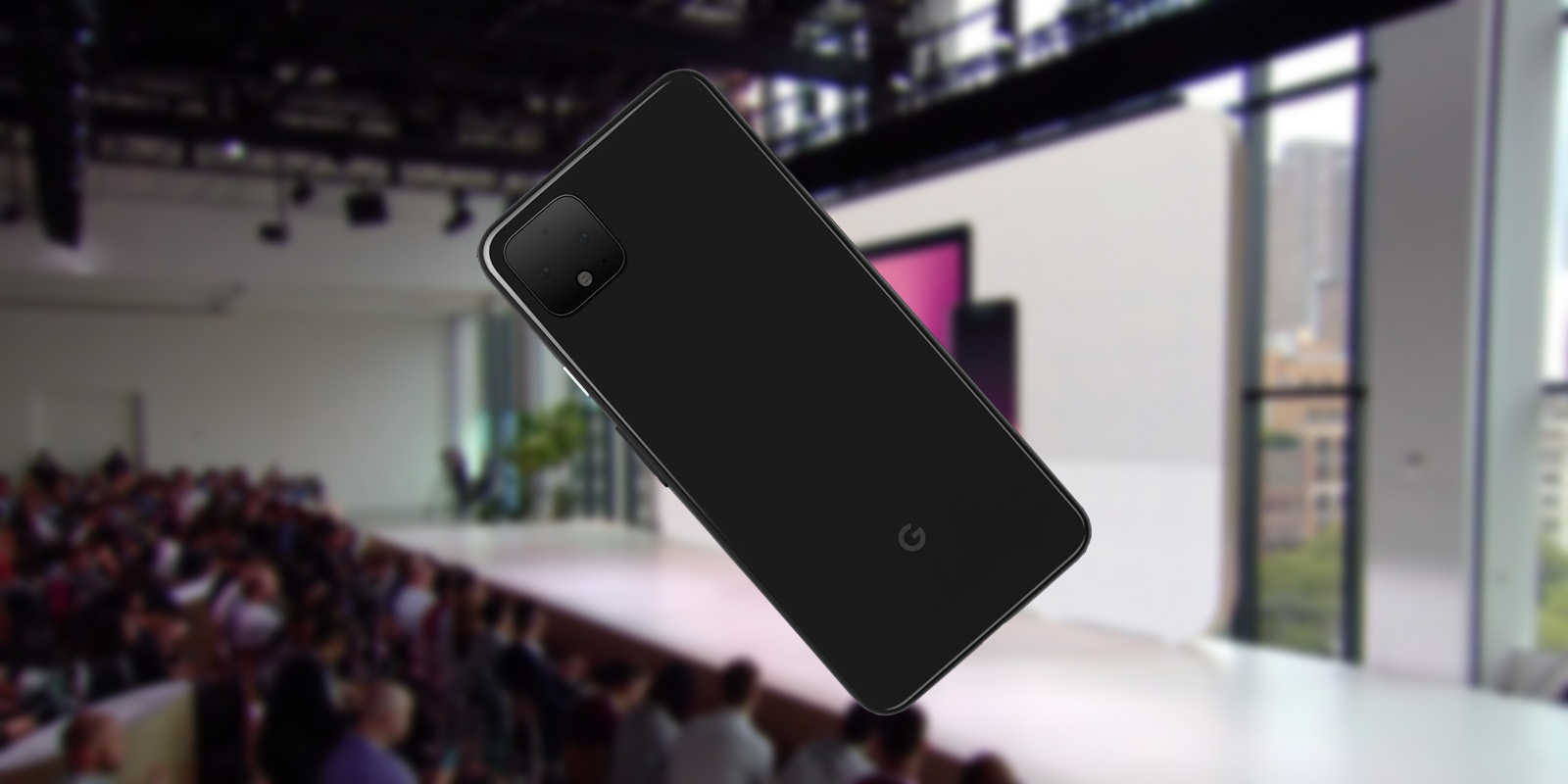 We’re less than a month away from Made by Google 2019, where Google is expected to unveil its latest flagship smartphone, the Pixel 4. As has been the case every year, however, Google will be showing off far more than just a smartphone — Google itself admits that we should also expect some connected home devices. So what do we know about the Pixel 4 event so far? More than you might think…

Definitely coming at the Pixel 4 event

Let’s get the most obvious announcement for the October event out of the way. Google’s Pixel 4 and Pixel 4 XL are certainly coming, and like every year prior, they’re going to be the star of the show.

One thing that sets our expectations apart this year is that Google itself has played a large part in shaping them. The company not only was the first to share an official render of the forthcoming smartphone, but they’ve also detailed some key features. Those include the new ‘Motion Sense’ which takes advantage of a new Soli radar sensor to control your phone, as well as the addition of IR-based facial security a la Face ID. 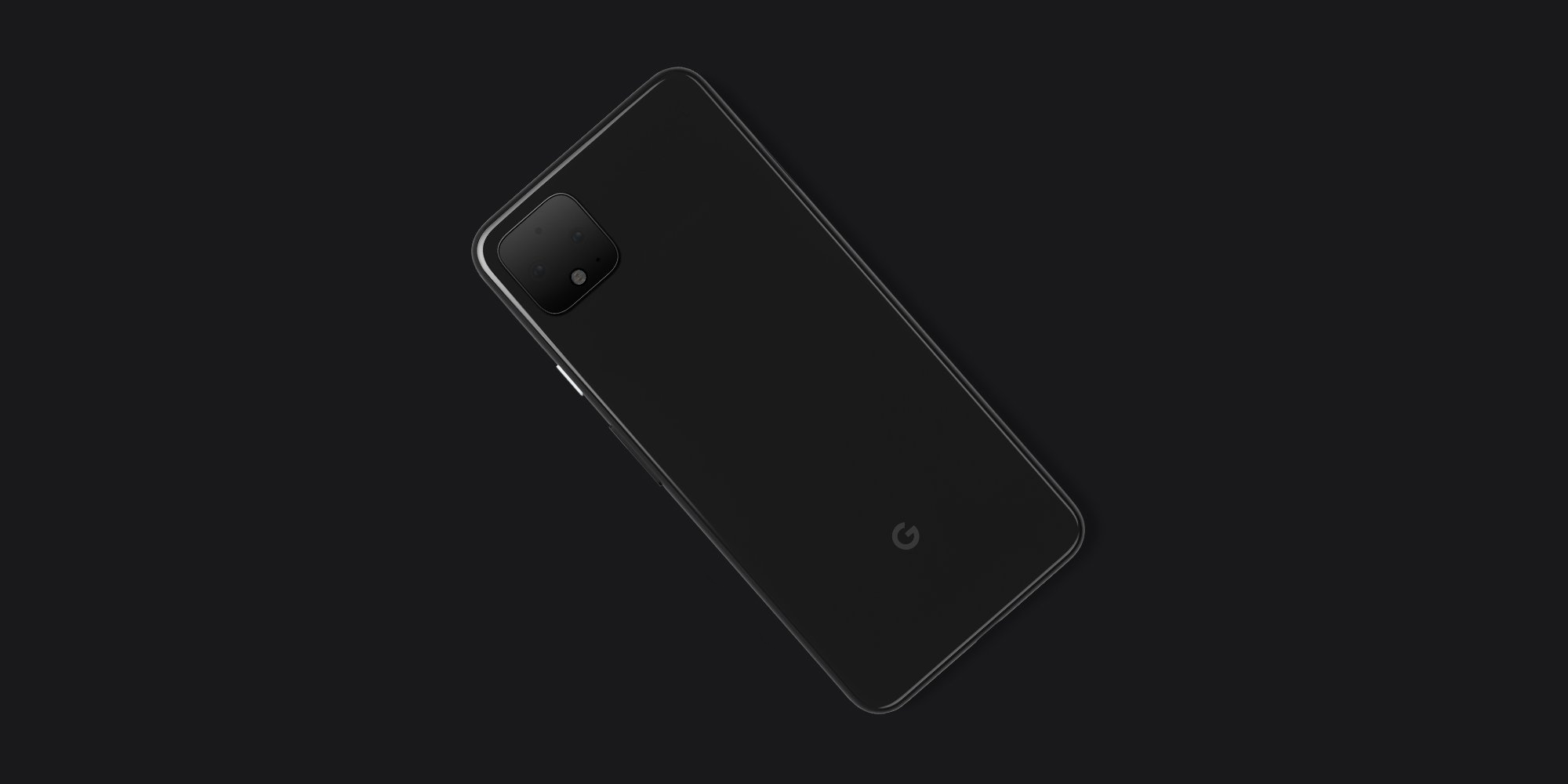 We were the first to give you the full rundown on the specs, too. Pixel 4 and Pixel 4 XL will have 5.7-inch and 6.3-inch OLED displays, and both will be 90Hz displays, a feature that Google is calling ‘Smooth Display’. And they’ll pack great cameras, as usual. There are two sensors on the rear, one of which is a 12MP shooter while the other is a 16MP telephoto lens.

Some more specs: the smaller 5.7-incher will have a 2,800 mAh battery, while the larger model will have a 3,700 mAh battery. In terms of processors, both devices will pack the Snapdragon 855, get bumped to 6GB of RAM, and will be available in both 64GB and 128GB variants in the United States.

Both Pixel 4 models will have stereo speakers, the Titan M security module, some form of the Pixel Visual Core chip, and Android 10 with 3 years of software support. The device will come in 3 colors — all of which have leaked at this point — and we aren’t yet sure on the exact details of pricing and availability. Regardless, you should certainly expect that this will be announced on October 15th and be available shortly thereafter.

Another product we can put squarely in the “definitely happening at the Pixel 4 event” category is the new second generation Google Home Mini. In line with the rest of Google’s previously-announced rebranding efforts, the new Home Mini will actually be called the Nest Mini, and it’s bringing a variety of minor improvements. 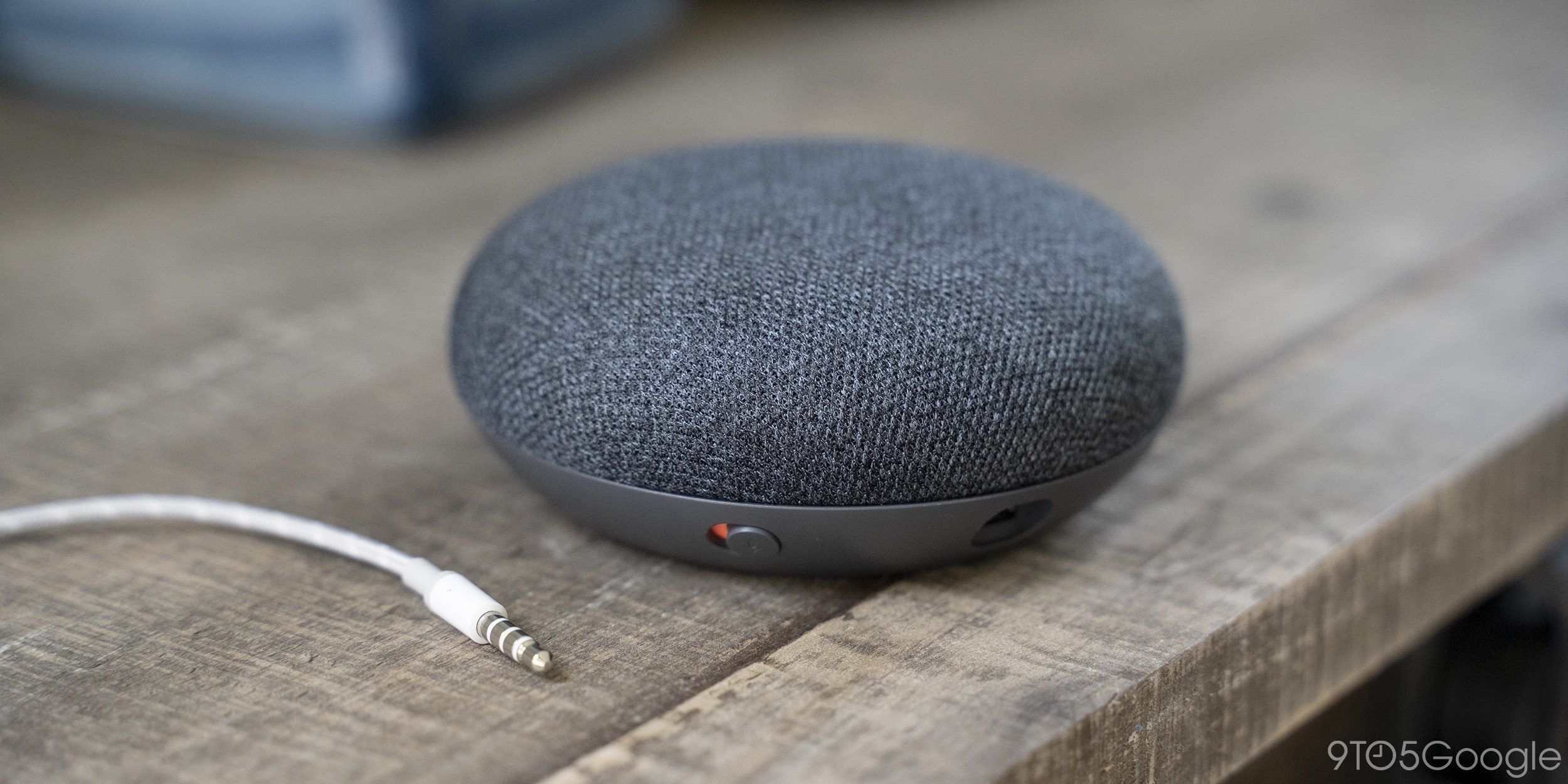 The device’s physical form factor will be familiar — the Nest Mini will be roughly the same size. The upgrades are on the inside. We’re told the new Nest Mini will have improved sound with higher maximum volume and quality, and it will also bring a built-in wall mount, which makes sense given that third party wall mounts for the current-gen device have been crazy popular.

The big news for most people, however, is that the new Nest Mini will have a 3.5mm stereo jack — although we’re not sure how it will be used. Notably, the most recent FCC listing revealed the wall mount for the Nest Mini, but left a question mark about the headphone jack. Perhaps, like many other 3.5mm headphone jacks, it will be located along the cable or come in the form of a dongle.

We’ve also been told that the device will have some kind of proximity awareness that reveals the current volume when you approach it, and there are a few new colors in the plan as well. Like the Pixel 4, it’s still unclear what the exact pricing and availability will be, but I’d expect the same $49.

You may remember the Google Wifi router that Google launched in 2016 alongside the first Pixel phone and other hardware. That device brought the mesh router functionality you know and love — it’s simple to set up, keeps you connected to the fastest point, ensures you’re using the fastest band, automatically updates itself, and offers smart network and family control.

Now, Google is refreshing that product in a pretty big way at the Pixel 4 event this year. The second version of the Google Wifi — besides being rebranded as Nest Wifi — will have Wifi beacons that double as Google Assistant speakers. 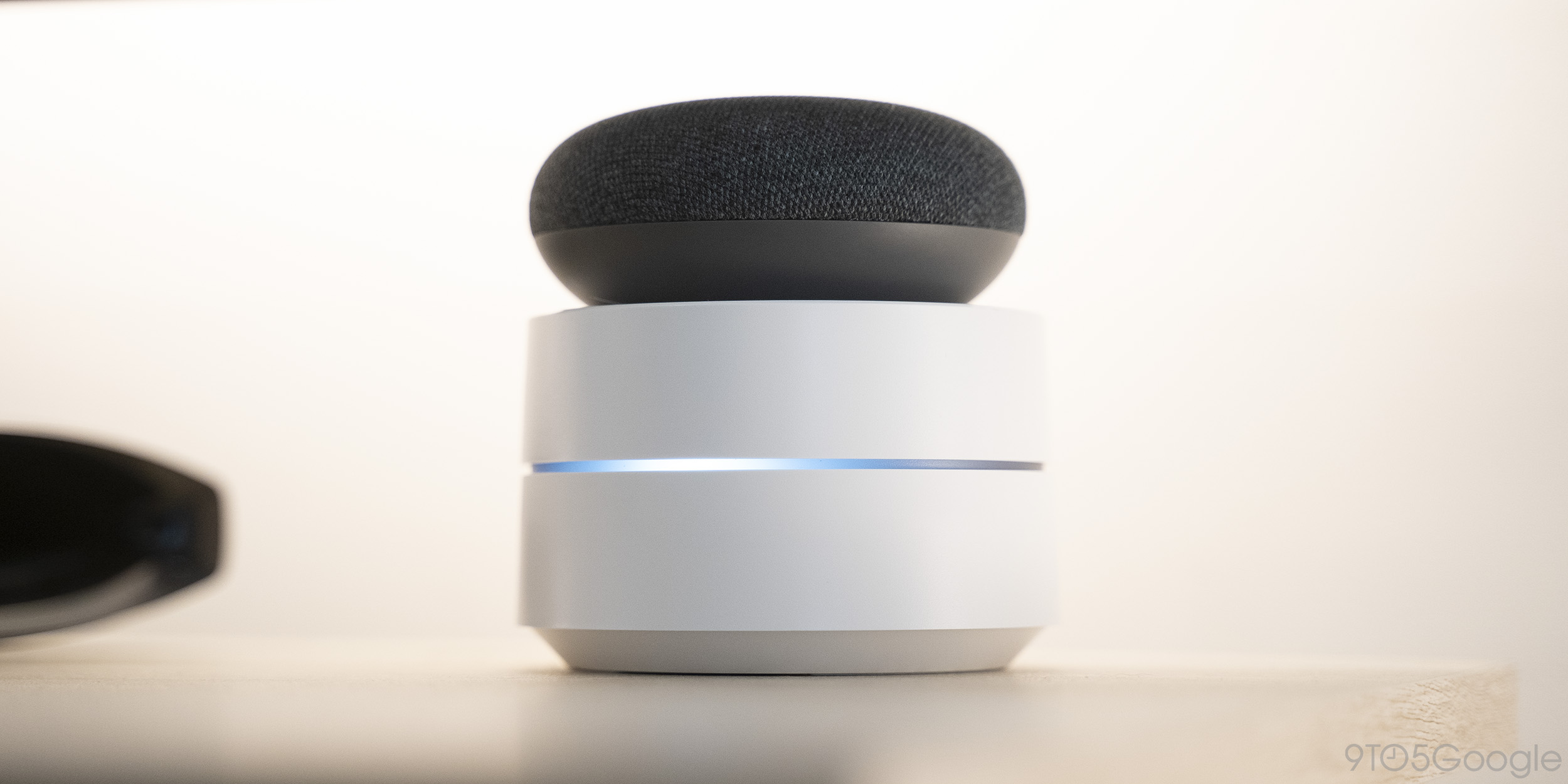 It will bring a new design (Google also plans to offer the device in 3 colors), and you can expect it to look much more home-friendly like the current generation of Google Home speakers.

One of the bigger products that we’re unsure if we’ll see at the October Pixel 4 event is the second generation Pixelbook. We’ve been following a Chrome OS laptop codenamed ‘atlas’ since last fall, and recently we reported that this device is coming as Pixelbook Go this year.

The Pixelbook Go will have a handful of variants, but all will have a 13.3-inch touch screen. As explained in the video above, the Pixelbook Go come in Intel Core m3, i5, and i7 configurations with either 8GB or 16GB of RAM and 64GB, 128GB, or 256GB of storage. The higher-end variants also have a 4K display, as opposed to the standard Full HD display on the lower-end entry models.

Some more details: Pixelbook Go has improved front-firing speakers, two mics on the front, a 2MP front-facing camera that can capture 1080p at 60fps, a Titan C chip inside, the standard WiFi and Bluetooth interfaces, two USB-C ports (one on each side, each with an accompanying LED), and a 3.5mm headphone jack. Read more about the device in our full report.

We don’t actually know how much the Pixelbook Go, but based on what we know about similarly-specced Pixelbook and Pixel Slate models, we wouldn’t be surprised if it starts at $799.

Possibly coming at the Pixel 4 event

One big question mark — and we thought this might arrive last year, too — is the Pixel Buds. Google launched its first-gen Pixel Buds in 2017, but we’ve heard that a refresh is in the works for this year as well. We don’t have any details on what they’re actually like yet, though. 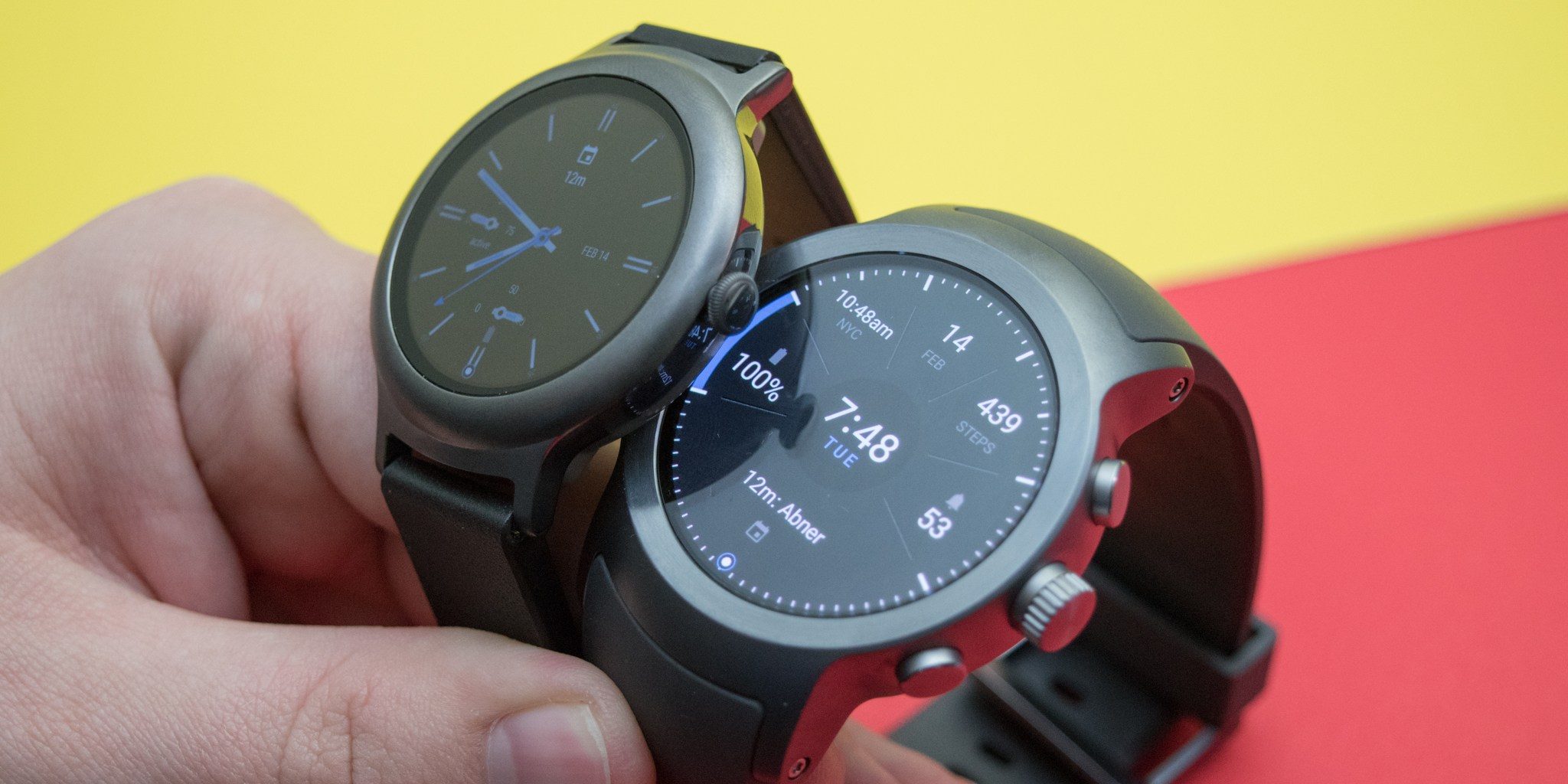 One product we can say almost certainly won’t be making an appearance at the Pixel 4 event is the long-rumored Pixel Watch. Is Google actively working on smartwatches? Maybe. Has Google intended to launch first-party smartwatches before? Definitely. Has there ever been a Pixel Watch? Not yet! Will this be the year that Google finally decides to take on the Apple Watch head first? Reports say no.

We’re going to be updating this post throughout the months of September and October, so check back in if you want to the latest on what we know about the event. Google’s Pixel 4 event is currently scheduled for October 15th in New York City, and we’ll be on the ground to keep you updated as Google makes everything official!