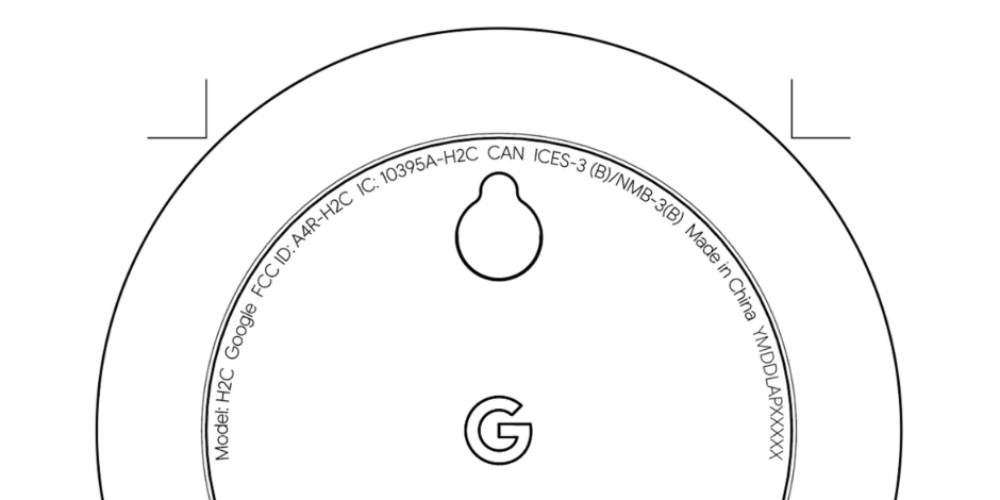 One of the new products we’re expecting to see alongside the Pixel 4’s launch next month is the Nest Mini. As we exclusively reported, the Google Nest Mini should bring a handful of improvements, but based on the latest information, it seems like the design won’t change much at all.

An FCC listing recently surfaced with a Google product carrying the model number H2C. This falls directly in line with previous Google Home products which included model numbers such as H0ME, H0A, H0B, H1A, and H2A.

Buried within that listing is a sketch showing off the bottom of the Google Nest Mini which gives us a peek at the product’s design. From the looks of it, the overall design appears to be mostly identical to the current Google Home Mini but with some slight alterations.

As we previously reported, there’s a wall mount built into the device which is a pretty simple hole to mount the device on a screw or nail. Alongside the power port, there also appears to be another cutout which is presumably the audio port we reported on, but it could also be the mute switch looking at the placement.

Another interesting addition is a “setup code” on the bottom of the device. These codes are common for Nest cameras, but haven’t been used on Assistant products yet. 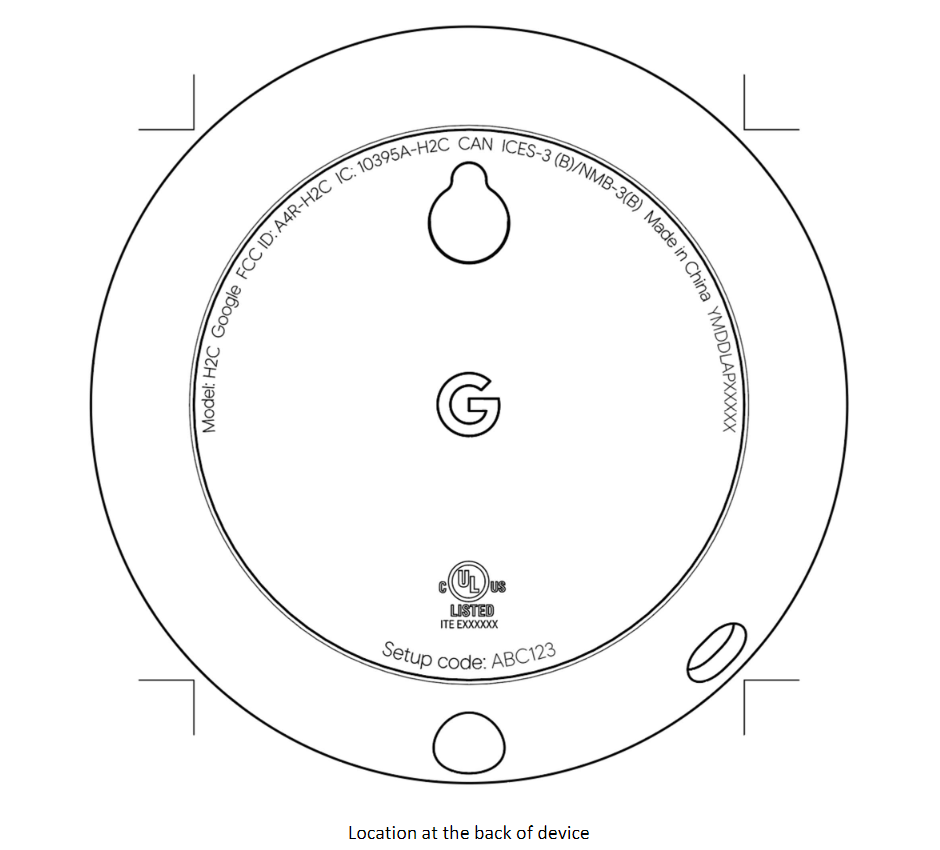 We had originally been told that the design of the Nest Mini wouldn’t be a “major departure” and that’s clearly the case.

Only adding fuel to the fire is a (private) post from @evleaks on Twitter which shows the “Google Nest Mini” branding alongside what we first assumed was an image of the first-gen Google Home Mini, but may actually be our first look at the Nest Mini. Take that with a grain of salt, though.

Whatever the case, Google is expected to host a hardware event sometime in October – possibly on the 15th – to launch the extensively leaked Pixel 4, the Nest Mini, and other products.