Last October, Google stoped providing Android distribution numbers on a consistent monthly basis. The last update was during I/O 2019 in May. Ahead of the 2019 Android Dev Summit, Google today shared a new stat that highlights Project Treble’s successful impact on Android updates.

With Project Treble, Google set out to help manufacturers quickly update devices by modularizing the operating system. Announced in 2017, the initiative shipped with Oreo and all succeeding versions of Android.

One measure of success that Google’s highlighted in the past is the Partner Beta Program for new releases. Instead of Google only testing the next version of Android on Pixels, the Pie Beta in 2018 saw a total of 7 device models from 7 OEMs

This year, there were 18 devices representing 12 OEMs in what Google considers a “significant increase over the previous year and shows that Project Treble is having an impact.”

However, a better metric to analyze is actual Android distribution and how many consumer devices in the wild got updated. Google’s methodology today looks at OS usage just before a new release given that the prior version will have been available for a year. 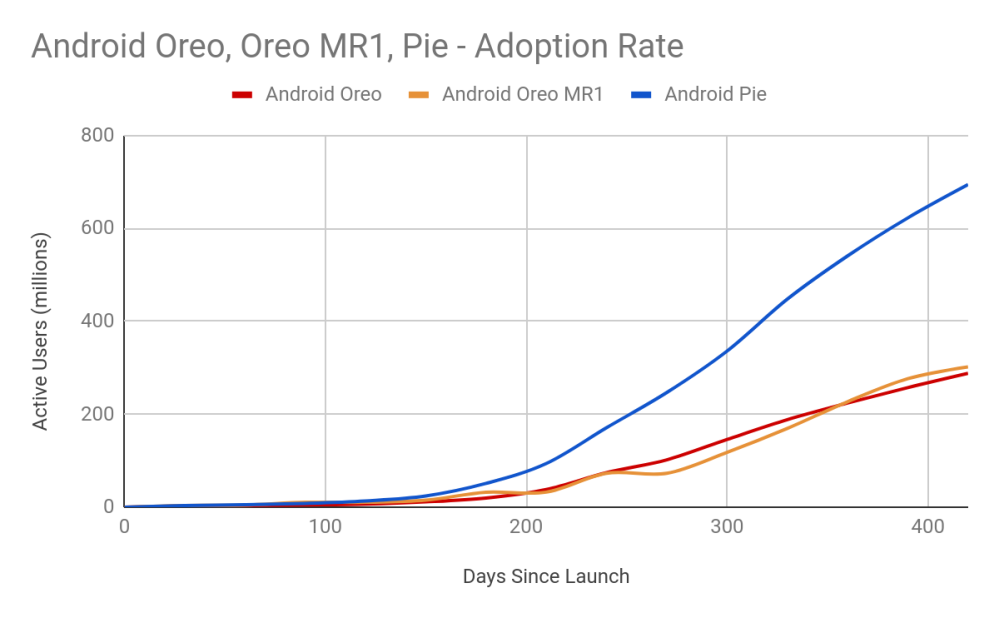 Since Oreo, work with silicon vendors has reduced the average time to upgrade by more than 3 months. Google is not providing any distribution details for Android 10 today, but notes how “upgrades from Android 9 to Android 10 are going much more smoothly, as evidenced by direct feedback from our OEM and silicon partners.”

Google touts same-day Android 10 upgrades from Xiaomi and Essential, while applauding OnePlus’ beta program and the Nokia 8.1 this week. The company is “very excited” about Samsung starting its rollout on October 12th, “compared to November 15th last year.”

In addition to these partners, many manufacturers such as ASUS, LG, Motorola, OPPO, Realme, Samsung, Sharp, Sony, Transsion, and Vivo have committed to updating some of their devices to Android 10 by the end of the year.