Almost three months after Android 9 Pie launched on the Pixel and Pixel 2, the latest version of Google’s operating system does not appear in the October distribution numbers. Meanwhile, Oreo is now the second most used version of Android.

After a few months of inconsistent releases, Google has settled on releasing Android distribution numbers later in the month rather than at the beginning. It does provide a better sampling of results for that month.

Released on August 6th to the Pixel and Pixel 2, Android 9 Pie is still not listed in the Android distribution numbers. Since then, the Essential Phone, OnePlus 6, and Nokia 7 Plus have bene upgraded. Hopefully, it will make an appearance next month, when more people receive the Pixel 3 and Pixel 3 XL.

These numbers are compiled from Android devices that accessed the Play Store during a seven-day period ending on October 26th. 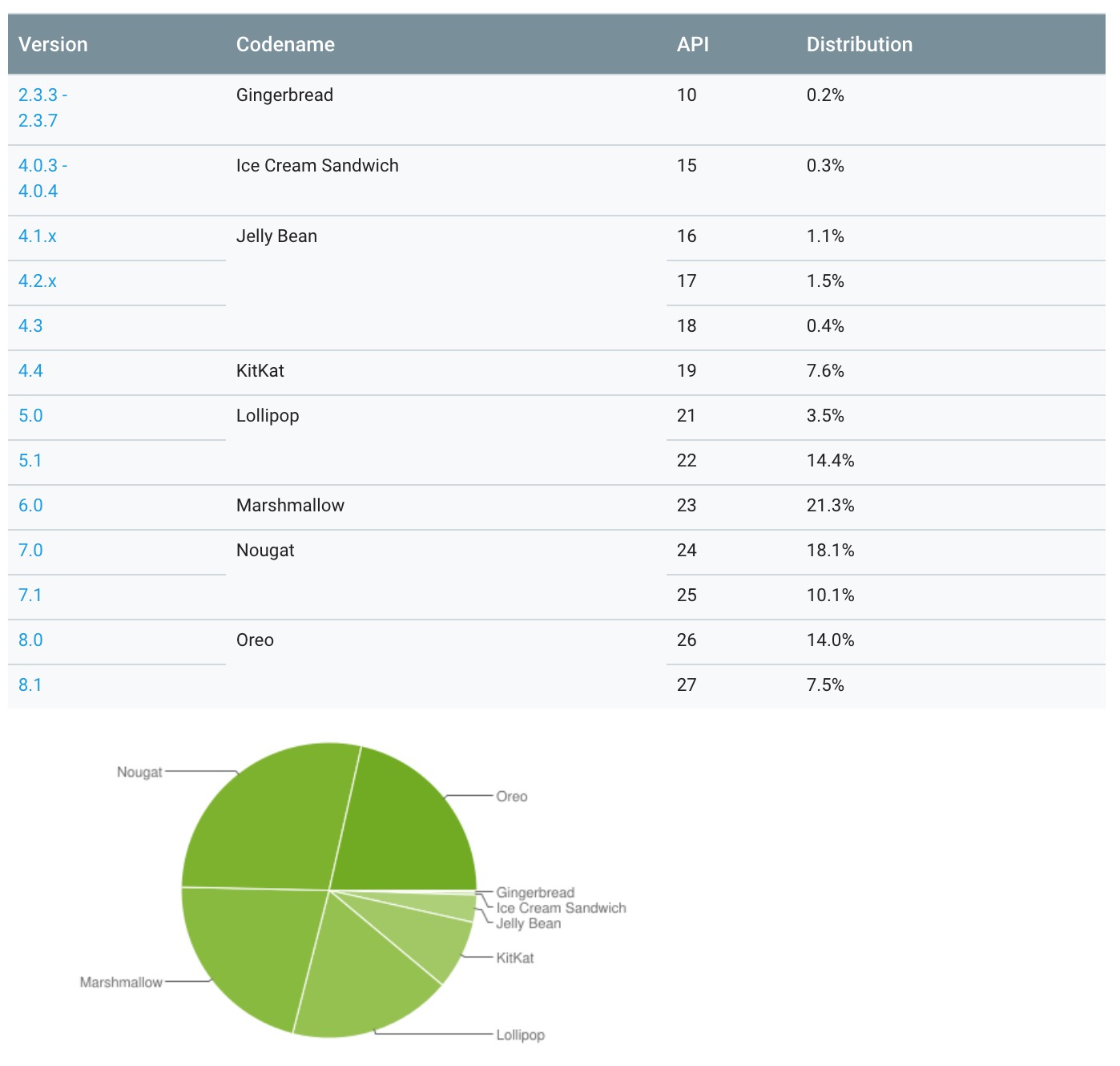