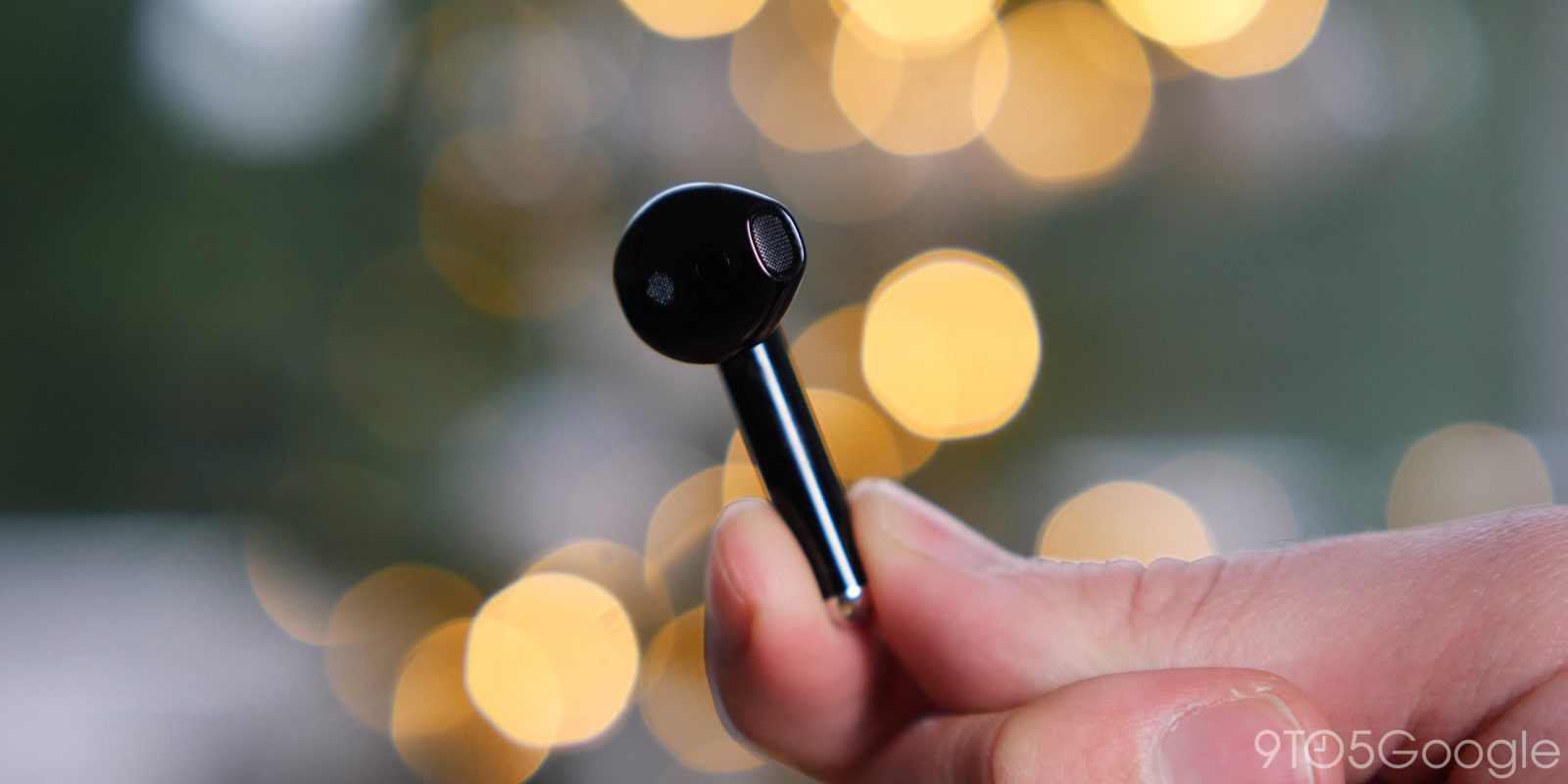 Huawei has decided to take on the AirPods much more directly with the FreeBuds 3, the companies own take on completely wireless earbuds but with some pretty notable enhancements.

Utilizing a familiar design and with active noise cancellation, on paper, the package seems a very enticing one. When the FreeBuds 3 were announced back at IFA 2019, there were many claiming that they could be a potential AirPods rival for those of us preferring Android.

You could argue, why buy what appears to be a replica when you can just pick up the actual Apple AirPods? — which do work reasonably well with Android phones.

Well, you might want earbuds made to work more cohesively with your smartphone and there’s no denying that the Huawei FreeBuds 3 are an enticing prospect for those of us who rely on Android as our smartphone OS.

There’s also the bonus inclusion of active noise cancellation, which comes with the standard FreeBuds 3 and is missing from Apple’s standard AirPods — only coming on the more expensive AirPods Pro. Just how do the Huawei FreeBuds 3 stack up though? 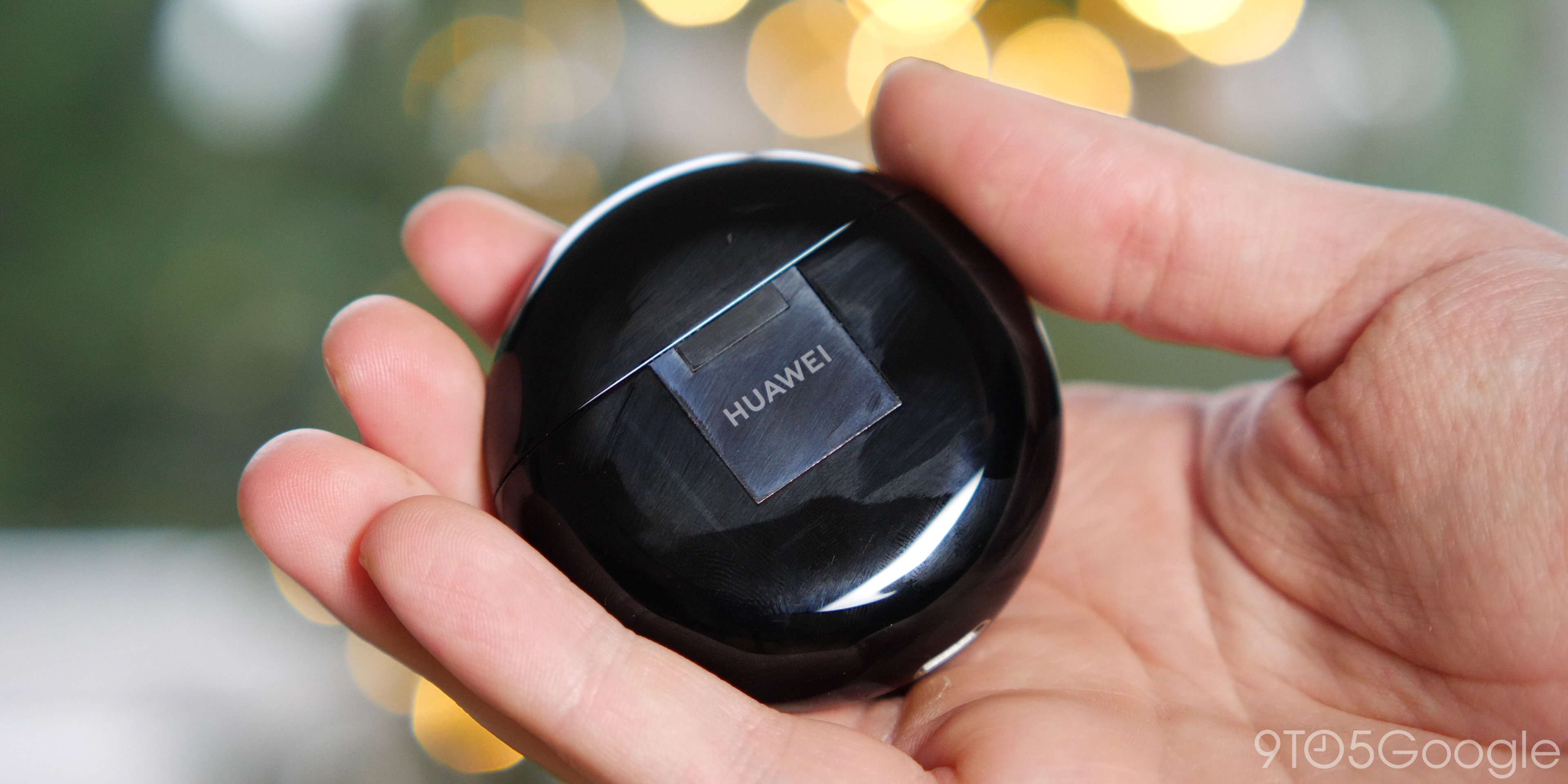 You don’t need me to tell you that the Huawei FreeBuds 3 earbuds feel like a homage to the AirPods. They really do share so many similarities with the biggest selling earbuds on the market although to Huawei’s credit they’ve added some neat new additions that do differentiate the design in some core areas.

The case is the start, as it is circular and been designed to feel like a pebble in the hand. It doesn’t look like any other carry cases that come with other wireless earbuds. It feels great when you clasp the buds in your hand but the glossy finish will no doubt pick up scratches and dings over time.

I have been ultra-careful not to put the case in the firing line, as the piano black color seems as though it will scuff far more readily over time — which might be a problem given that you can wirelessly charge the FreeBuds 3. There is also a USB-C port at the bottom which is a welcome addition.

Open up the magnetic clasp and the earbuds are revealed, they are very similar at first glance to any old earbuds that have existed since the first version of the EarPods. However, the design has some small tweaks that set them apart. What’s neat is that you can get the FreeBuds 3 in two distinct colors: black and white. The black option is definitely more sleek, whereas the white option is a bit more generic in my opinion. 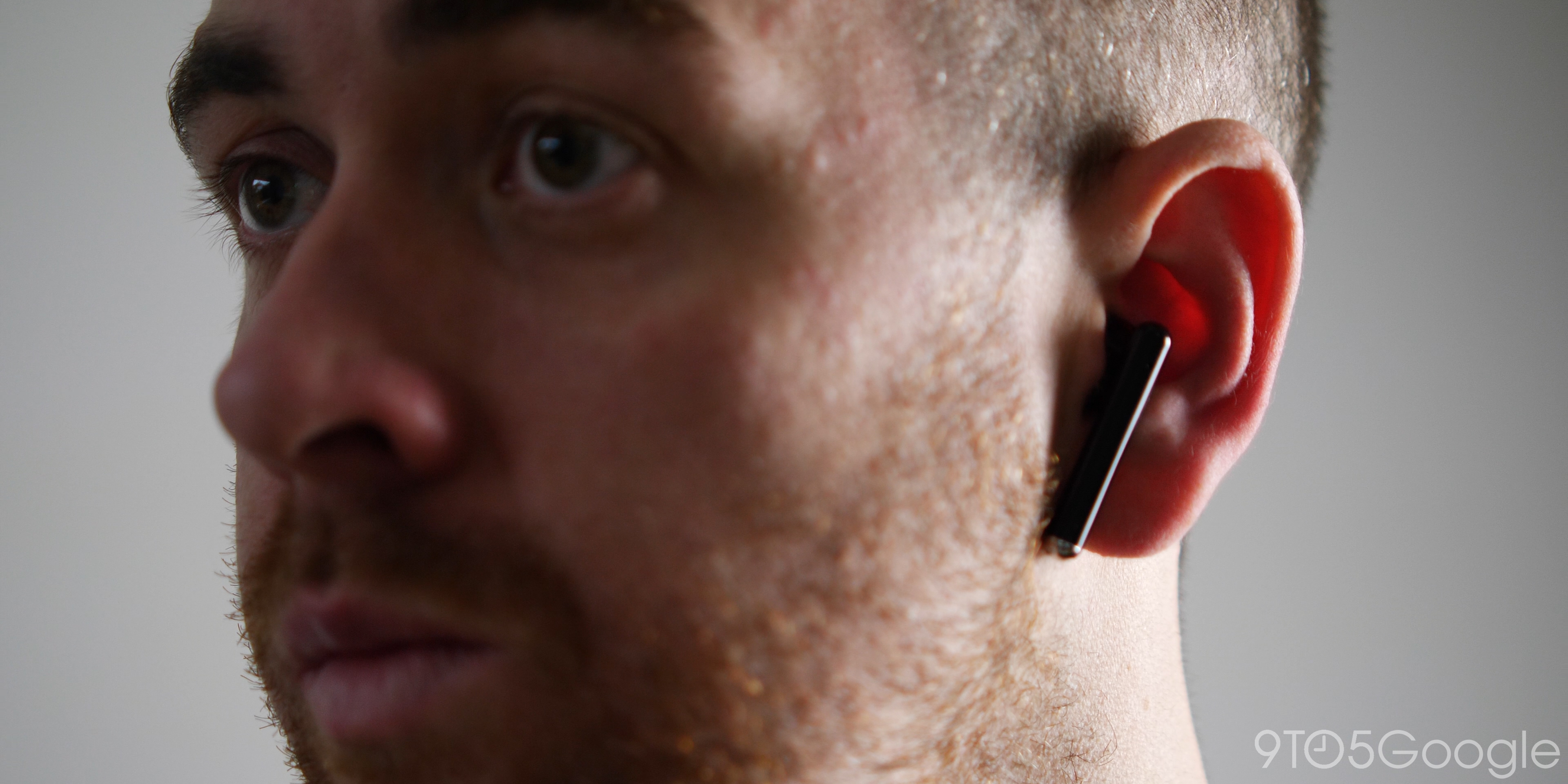 The Huawei FreeBuds 3 earbuds are incredibly lightweight and that really helps the comfort level immensely. However, the stems are much longer than I had anticipated and you can feel them if you move quite a bit.

They do fit in your ear canal nicely thanks to the what Huawei calls a ‘Dolphin Bionic Design’, it’s basically a slightly curved tip that points the speaker a little more accurately into the depths of your ear. Being lightweight means that they are not as noticeable when in your ears than some with a silicone tip or more isolation-focused shape.

Wearing them for hours shouldn’t be a problem but I can’t honestly say that the FreeBuds 3 are the most secure earbuds that I’ve tested. The design doesn’t necessarily lend itself well to exercise. The buds did rustle in my ears with tons of activity, my advice would be to pick another pair if you need earbuds specifically for the gym. Although it’s worth noting that the FreeBuds 3 are IPX4 water and dust resistant, making them usable when playing sports. 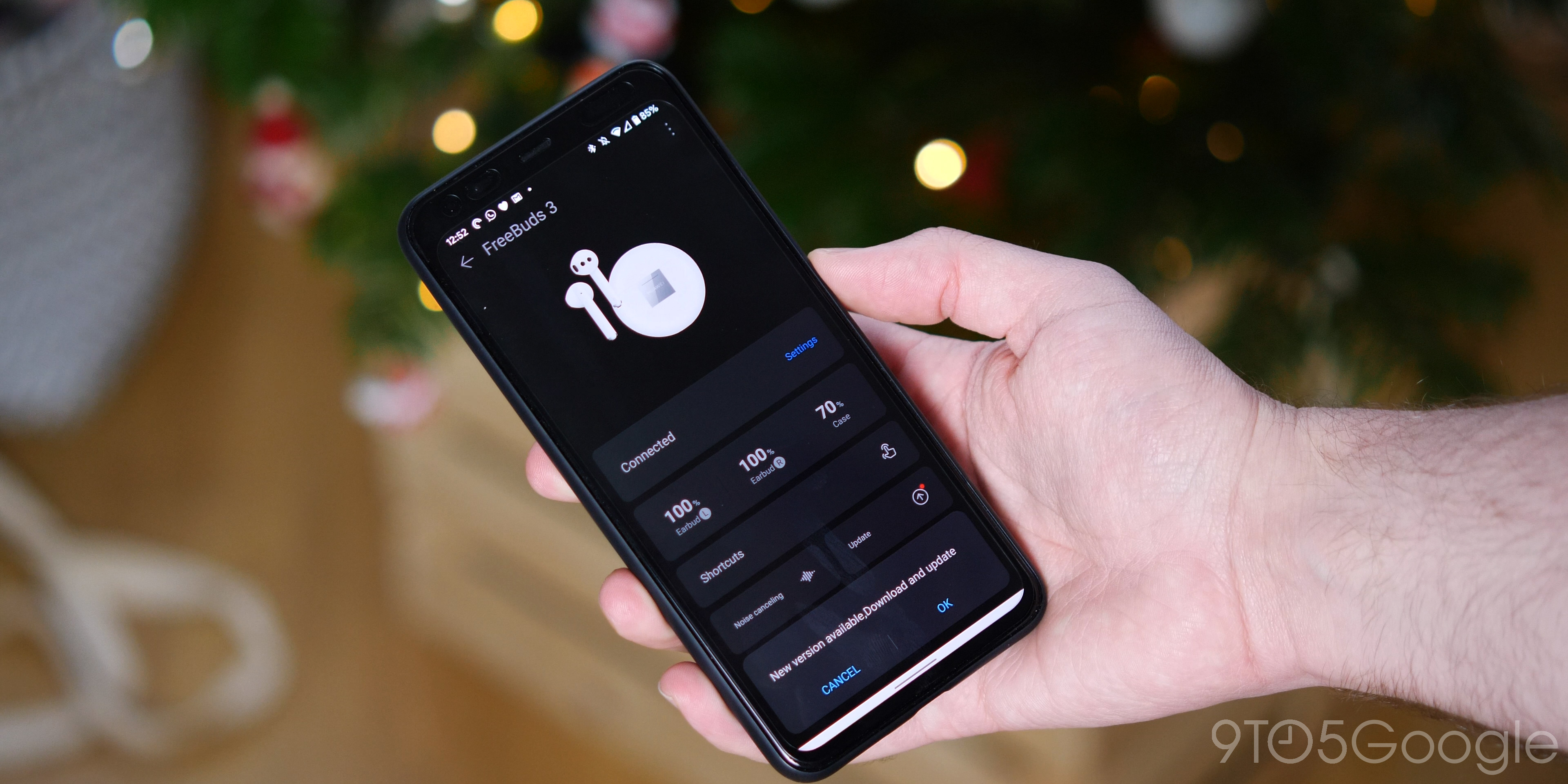 Fast pairing is only available if you happen to have a Huawei device running EMUI 10 — which is still currently rolling out across the globe. However, with the dedicated AI Life app, you can pair with the FreeBuds 3 quickly and easily once downloaded to your Android phone. To enter pairing mode, you press and hold a semi-hidden little button on the side of the carry case and its plain sailing from there.

Unfortunately, the earbuds’ noise cancellation features simply don’t work with the iPhone as the AI Life app is exclusively available on Android. That might be annoying if you switch between mobile OSes but it isn’t too much of a problem given that most iPhone owners would likely pick up AirPods instead.

You can link the FreeBuds 3 with your Android phone without using the AI Life app but this does mean you can’t access the ANC features and more. You can pair, then install the app afterward though if you prefer doing that — although I would recommend using the app. 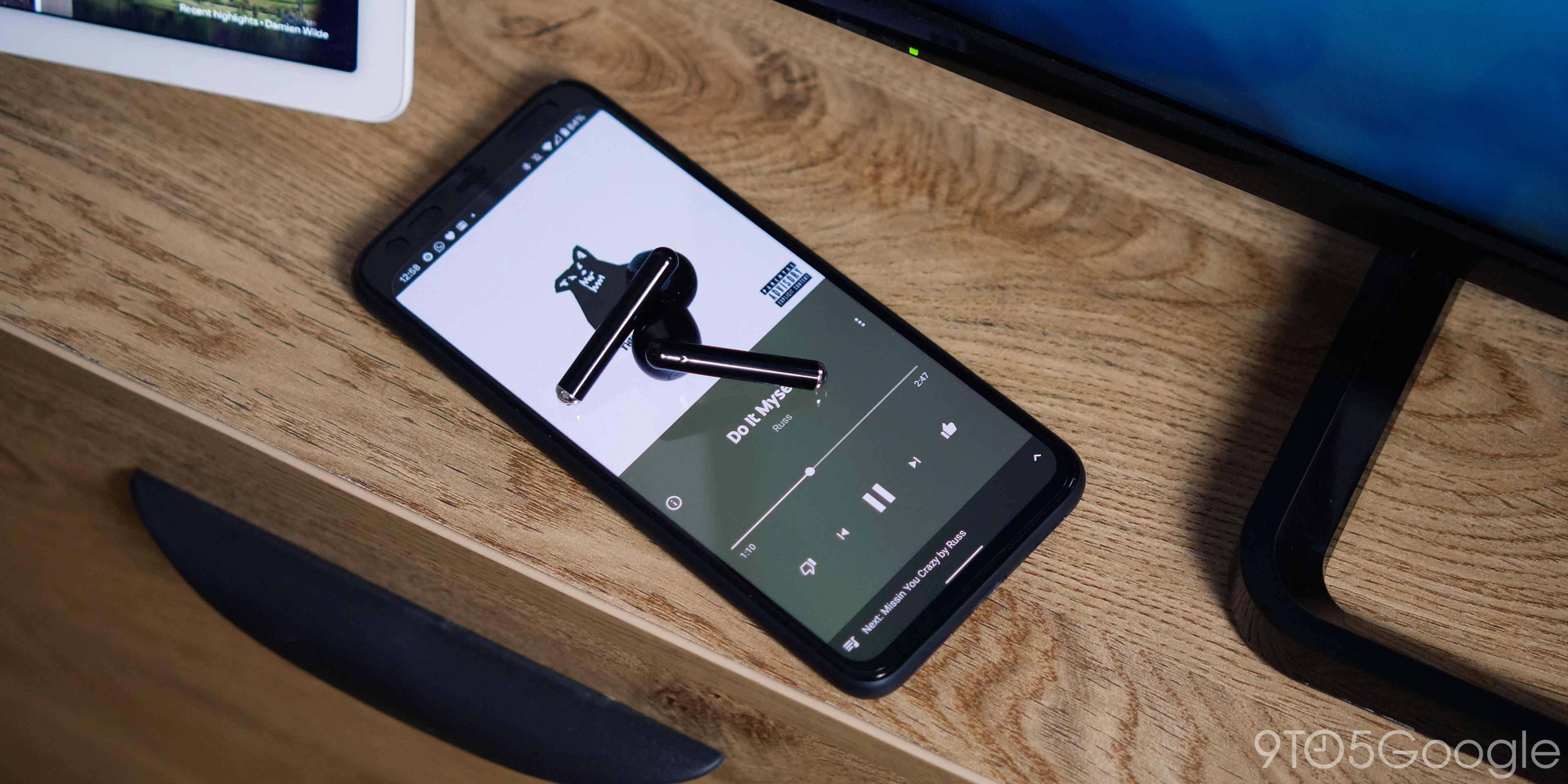 The sound profile of the Huawei FreeBuds 3 is nice and rounded. It’s about as even a sound profile as I’ve experienced from a pair of wireless earbuds for some time — without being spectacular. Like any earbuds, the bass is a little lacking in oomph but is pleasant without encroaching on the rest of the audio experience.

I find the soundstage a little thin when the noise cancellation is enabled but far wider when deactivated. I’m not sure if this is a calibration issue, as I have struggled to find the perfect balance for all scenarios. Spoken word audio like podcasts is particularly impressive, crisp, clear, and without any sort of audio infringements.

At loud volumes, the audio quality is preserved very well and although I don’t listen at loud volumes very often due to being especially sensitive, you won’t notice any distortion or degradation in audio quality. For audiophiles, these might not be the buds for you but for general wear they hit all of the right notes.

Phone call audio is particularly impressive, with your call recipient sounding crisp, clear, and the volume being good. Conversely, the person at the other end of the line will have no issues hearing you, as the microphone on the FreeBuds 3 is excellent. The noise reduction design of the stems of each earbuds are said to help reduce wind noise and more but I wasn’t sure made a difference. I wouldn’t often do something like ride a bike and make calls. 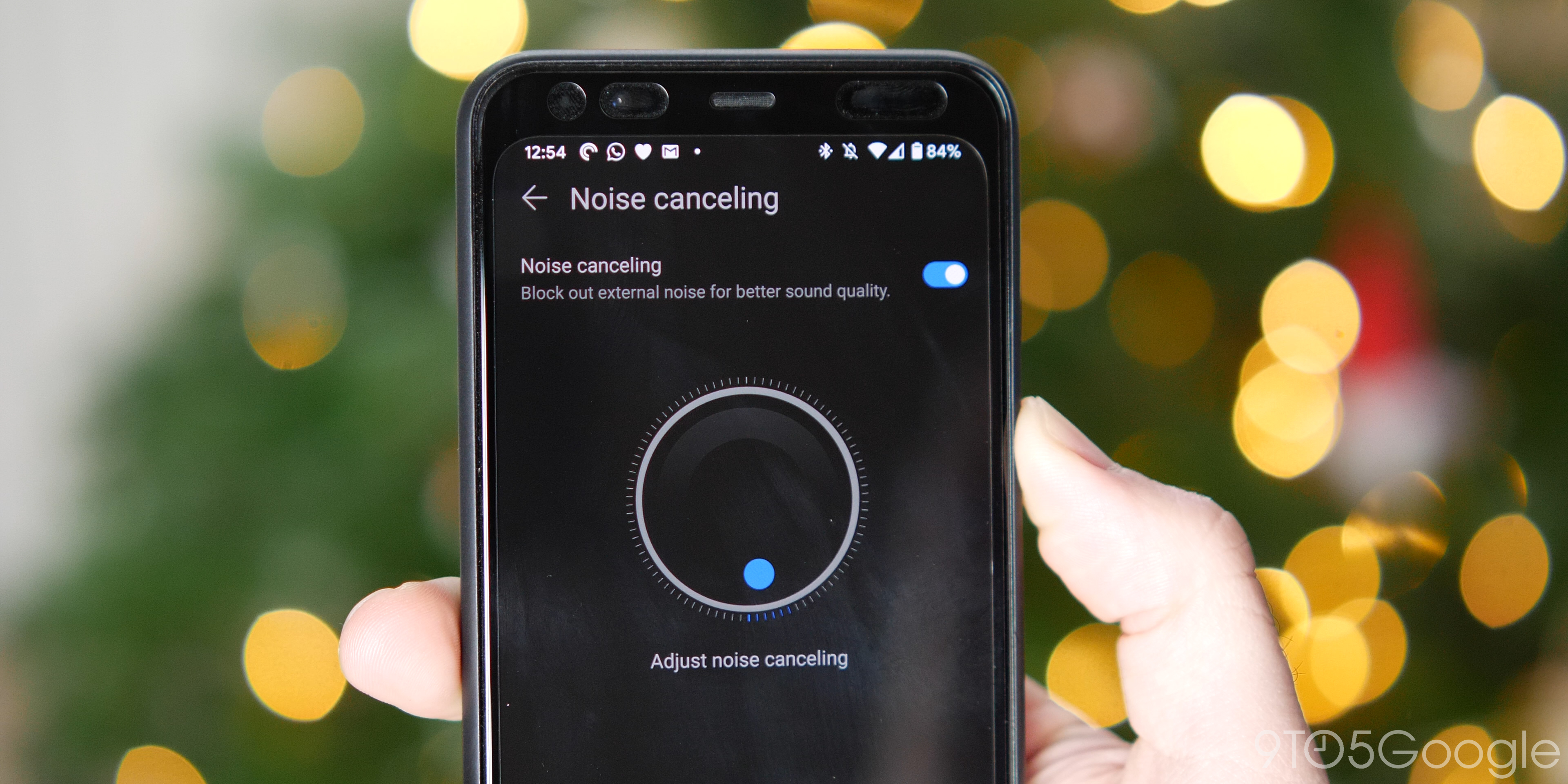 There is no doubt that one of the core selling points of the FreeBuds 3 is the inclusion of noise cancelling. I was looking forward to this the most, as there are very few earbuds with active noise cancellation as part of the package.

You do have to install the AI Life app from the Google Play Store to activate the feature though. Once you have paired and you can adjust it to get the best experience based upon your listening preferences. You can block out sounds in your immediate vicinity up to 15dB, and with the open-fit design, it’s quite an odd experience. I’m not sure how much of a difference the control dial does within the companion app but it’s there if you do want to tweak the noise cancelling levels.

I suppose you could easily remedy this with some clip-on silicone buds but that would result in removing these each time you wanted to charge them. 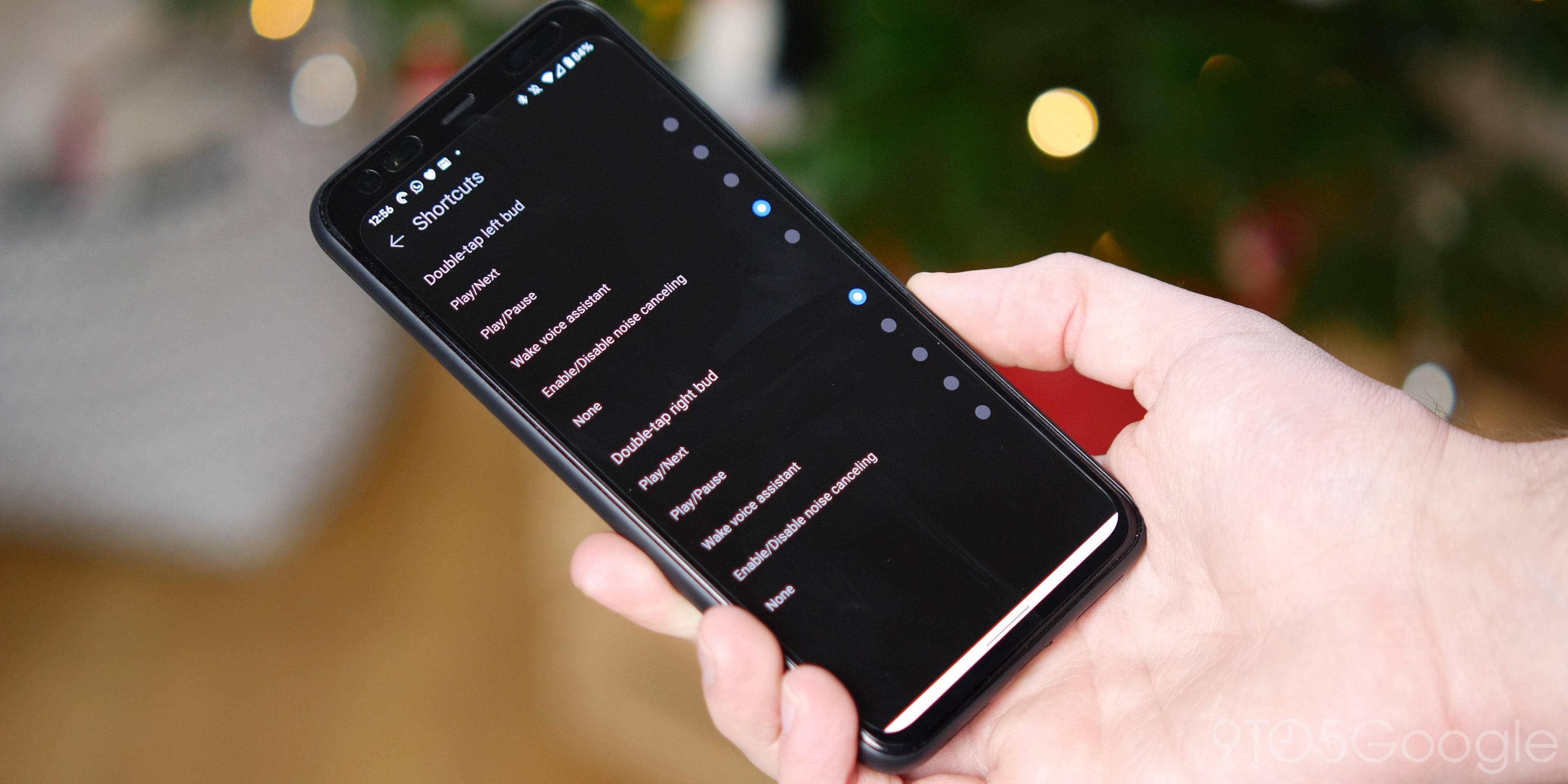 Often a weak point of many normally solid Bluetooth earbuds, controls are something that many seem to fall short on. The Huawei FreeBuds 3 hit the mark more often than not making the touch controls pretty useful — a recent update has made them far more responsive too.

I would call the controls are ‘basic’ but you’re given the essentials. That does mean only a double-tap on either earbud that actually does anything of note. You can tailor these within that all-important AI Life app. The app allows you to customize the controls to do a number of things like activate your Google Assistant, skip track, pause, play, and more.

It would have been nice to have a few more earbud controls to save you from taking your phone out of your pocket. Maybe that is something that can be fixed with a firmware update. However, single tap controls can be notoriously irritating and temperamental, so I’m glad they are not included. As it stands, the controls are just about enough for a pair of wireless buds. 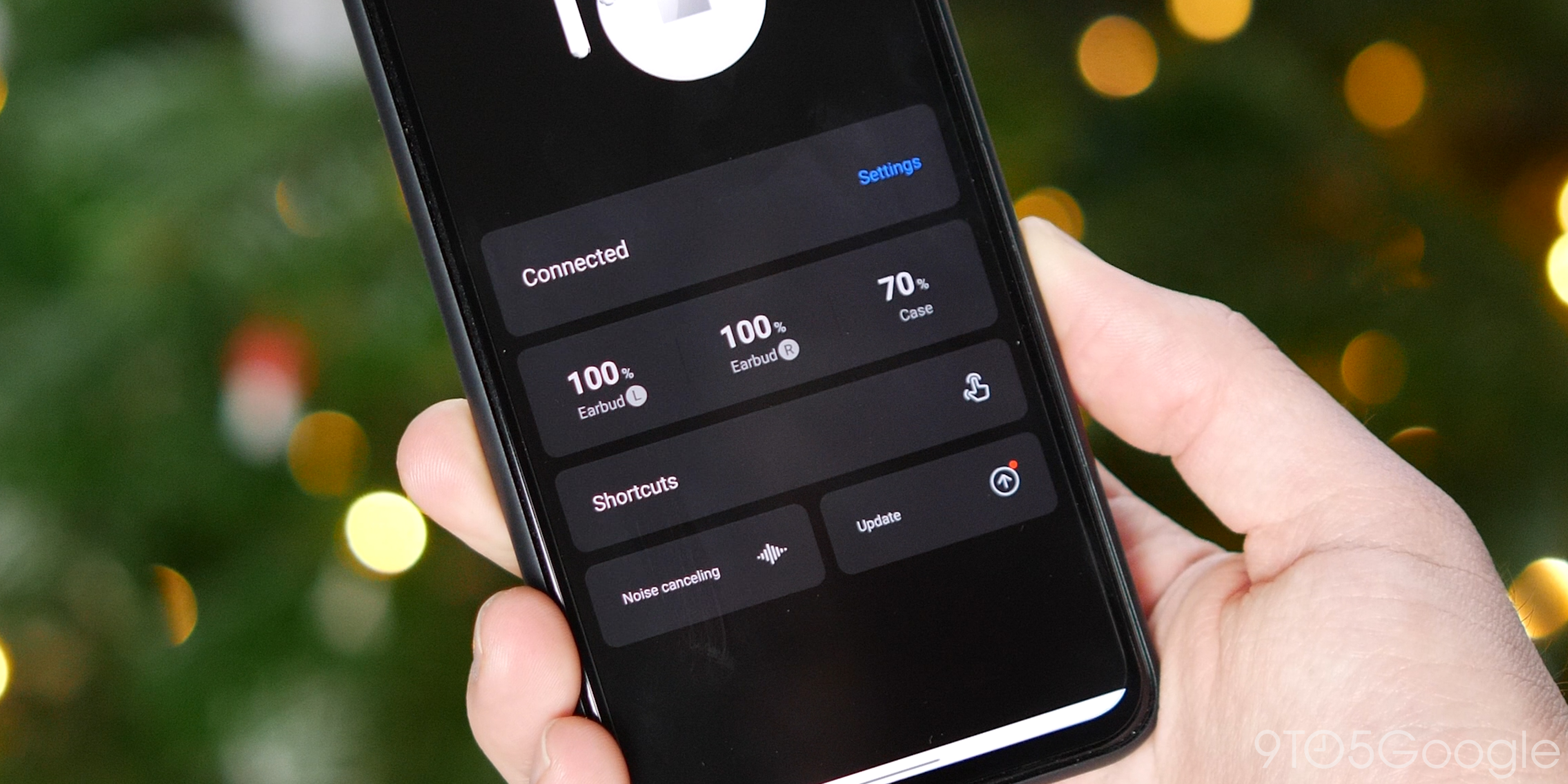 Each bud can last between three and four hours, with the case providing a further 20 hours for a potential 24 hours of listening. In my experience, three and a half hours with ANC active and the volume at 70% was the norm.

The case would give me a further five full charges or thereabouts. In most cases, I would only need to charge the Huawei FreeBuds 3 from zero to 100% once a week, with the odd top-up on a wireless charging mat. While the lifespan isn’t earth-shattering, it’s not terrible. The case being able to hold a large charge is quite a big bonus though.

Charging the case is a bit of a mixed bag, as you can charge very fast using the USB-C charge port but naturally, it’s far slower when charging wirelessly. Faster wireless charging is possible with the official Huawei wireless charging mat but that they are hard to get hold of full stop.

In isolation, the Huawei FreeBuds 3 are a great buy. They offer that active noise cancellation you simply can’t get from any other Bluetooth earbuds in this open style and at this price-point — just $10 more than Apple’s standard AirPods at around $170.

I’m not going to say that they are the best earbuds on the market but they offer more than enough to make them a great companion to every Android phone out there. Releasing just ahead of the AirPods Pro wasn’t the best timing but, in my opinion, the FreeBuds 3 are far superior to Apple’s standard AirPods.

Let’s just hope we see a few hardware tweaks for the FreeBuds 4 to really seal the deal for Android enthusiasts. As it stands though, the FreeBuds 3 are a great buy if you can get hold of them.

Where can I get the Huawei FreeBuds 3?

If you’re in the US and want to get hold of any Huawei hardware, it’s pretty difficult right now with the trade bans still being heavily imposed. However, you can get them imported on eBay, the only downside to that is should you encounter issues, there will be no support network to resolve them. You could order them from the Amazon UK store but you’ll still get that issue with no support.

An alternative is to just pick up the standard Apple AirPods. They work with Android, are easier to get hold of and offer a very similar experience albeit without the touch controls and slightly less pleasing audio.