[Update: A51/A71 get global launch] Samsung Galaxy A71 goes official giving us a minor taste of the S11 design 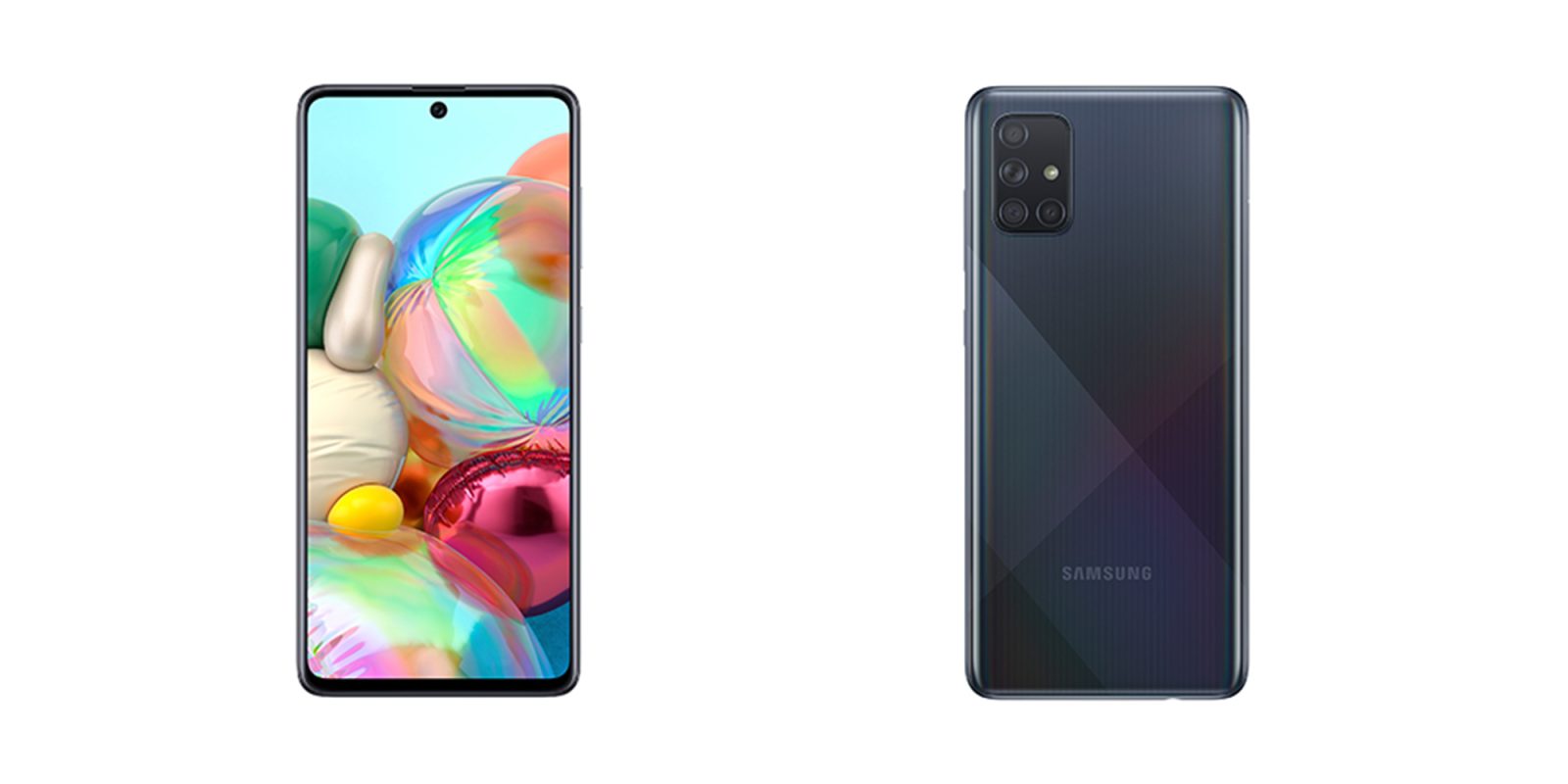 Samsung has quietly unveiled the Samsung Galaxy A71, which based upon its design could give us a better idea of just what the upcoming Galaxy S11 may look like in the flesh.

As for the handset in question, the Galaxy A71 looks to be another solid mid-range smartphone from the Korean firm, who has really doubled down on its affordable A-series devices in recent months (via SamMobile).

It will come with the Snapdragon 730 chipset, 6 or 8GB of RAM and 128GB of internal storage. While it comes with a sizeable 4,500mAh battery and support for 25W fast charging as standard. Long-lasting battery should hopefully be assured thanks to that decent-sized battery.

[Update 01/03]: After initially launching just in the Asian market, the Galaxy A71 has now been officially launched globally by Samsung. The mid-ranger has been joined by the Galaxy A51 too, which was only available initially in Vietnam.

The core differences are in the internals. The Galaxy A51 has even more modest specs with an Exynos 9611 chipset and slightly smaller 4,000mAh battery. That battery also only supports 15W charging compared to the Galaxy A71’s 25W fast charging. At the rear the Galaxy A51 is equipped with a 48MP camera, a 12MP wide-angle lens, a 5MP macro lens, and a 5MP depth sensor.

Both devices will ship with Android 10 out-of-the-box, which has been treated with Samsung’s One UI 2.0 skin — which is steadily rolling out to more Galaxy devices.

At the rear, the Samsung Galaxy A71 will have a very familiar look to that of the upcoming Galaxy S11 with a domino array that will pack in a 64-megapixel main sensor, 12-megapixel ultra-wide, 5-megapixel depth sensor, and even a 5-megapixel macro lens. 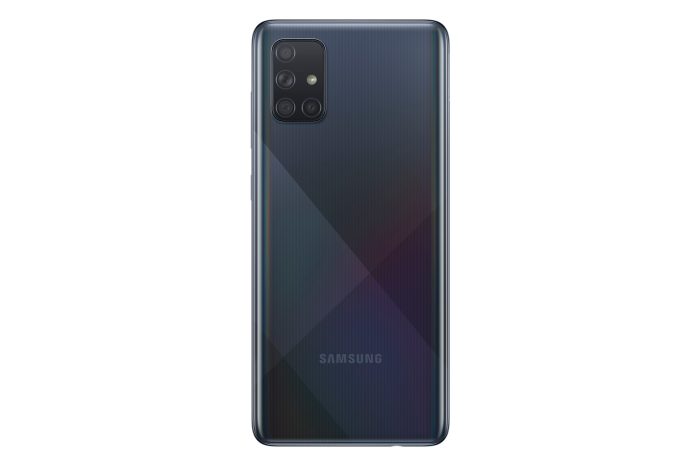 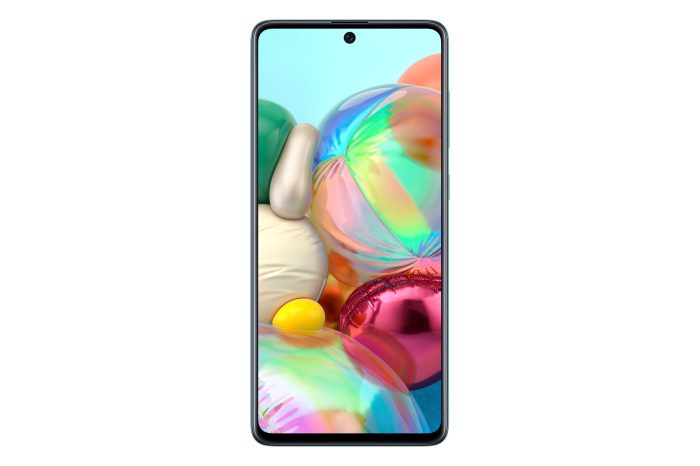 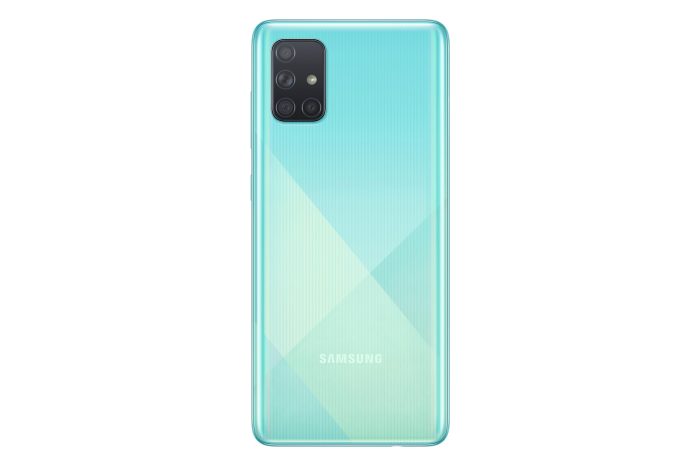 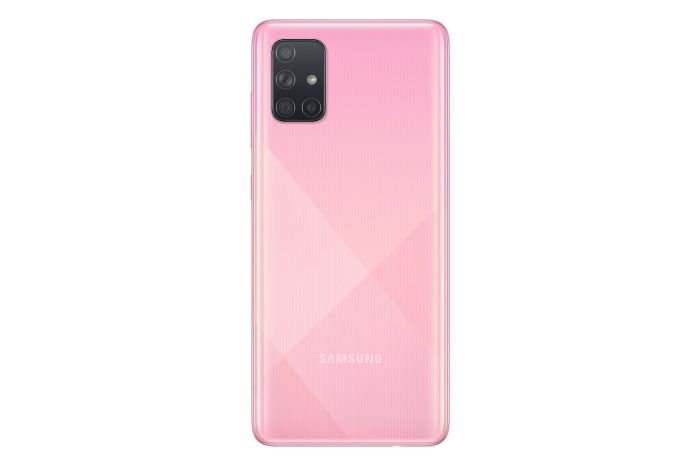 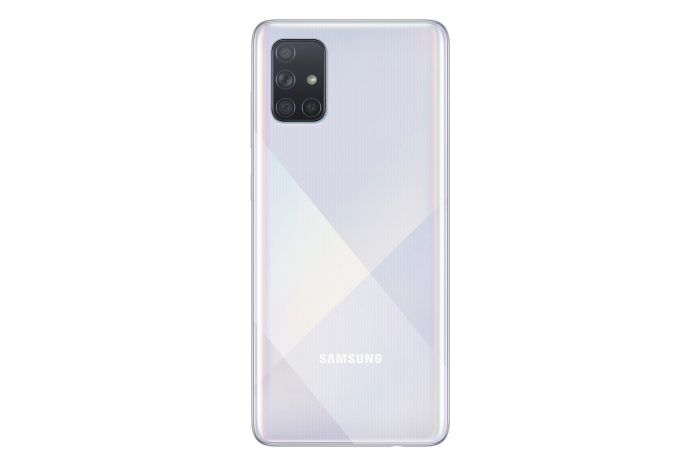 At the front, the 6.7-inch device will have an FHD+ Super AMOLED display with a central punch-hole notch — somewhat like the upcoming S11. That notch will be home to a 32-megapixel front-facing selfie camera. The display does have some minor bezels and looks to be flat rather than curved.

Of course, the Galaxy A71 is targeting a completely different market than the one the Galaxy S11 will be aimed at, but this is a surprisingly similar design in many regards — although the specifications and pricing will no doubt be a world away from the upcoming flagship.

It will ship with OneUI 2.0 atop Android 10 but it’s worth noting that Samsung hasn’t actually confirmed when the Galaxy A71 will go on sale but it will be available in a series of colors that will have a prism design. You’ll be able to pick up the mid-ranger in this prism design in black, silver, blue, and pink. It’s not clear if we’ll see the device globally either, but we’ll be sure to let you know once we find out more.