OnePlus teases new ‘screen technology’ to be announced next week

Posted on Weibo (via FoneArena), OnePlus is planning an event in Shenzen China on January 13th to show off some kind of new screen technology. There’s very little information available on this, but the teaser image below implies, at the very least, that this will involve a full-screen design.

What could this be? There are plenty of options, but one could include something as simple as a new 120Hz panel. Further, OnePlus could be demoing a new take on under-screen camera sensors as we saw Oppo reveal last year.

Whatever this new “screen technology” is, it probably won’t debut on any imminent OnePlus smartphones. As evidenced by previous leaks, the next OnePlus releases may adopt a hole-punch display design.

In any case, we’ll get these details soon enough, so stay tuned! 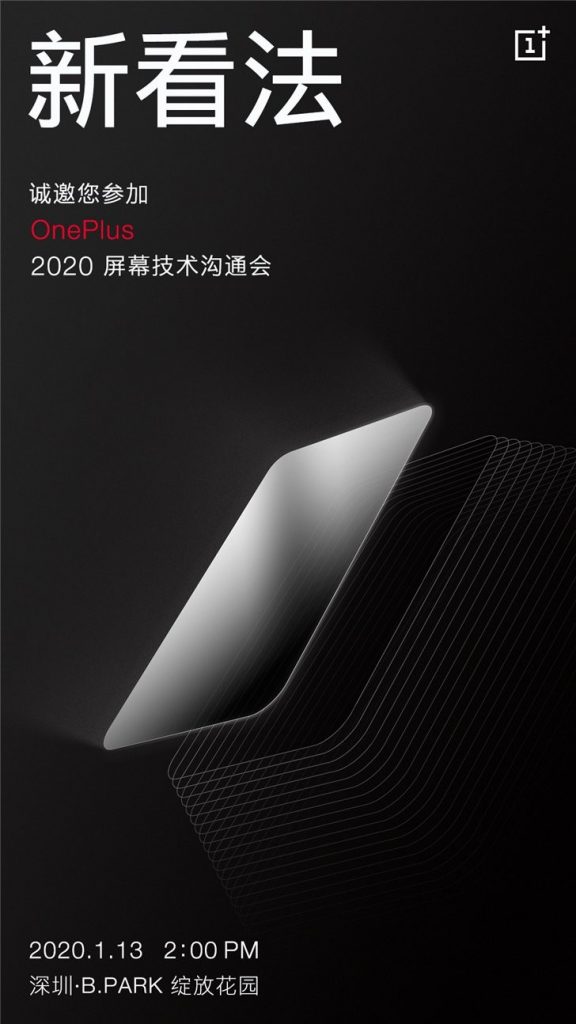