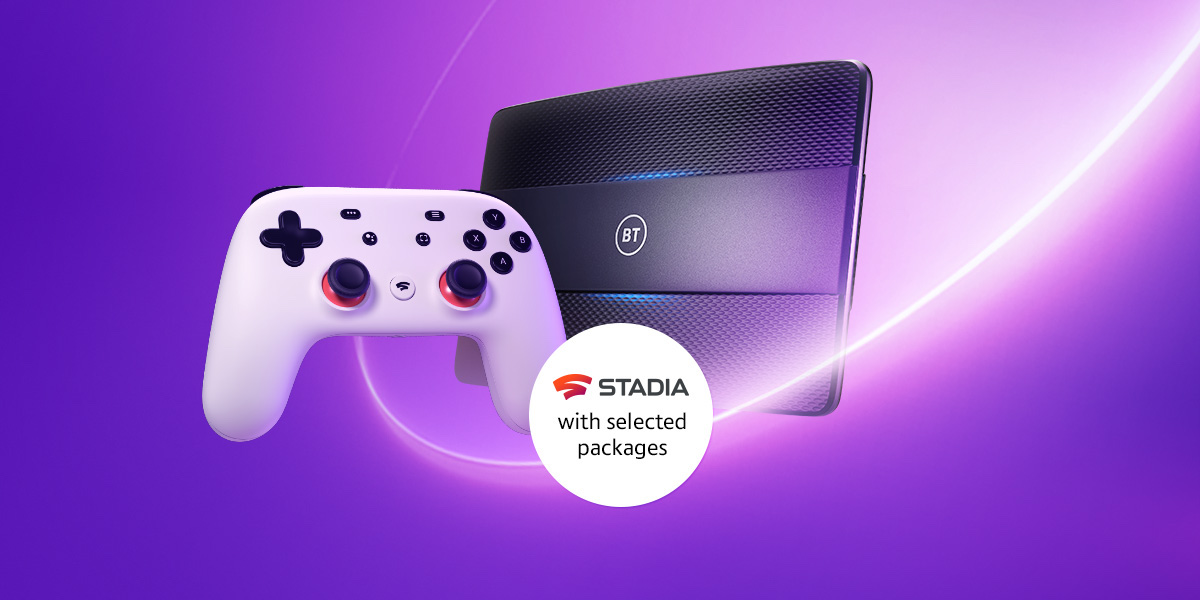 Stadia yesterday laid out its initial 2020 roadmap by noting how many games are in the works and what features are coming in the next three months. BT in the United Kingdom has just announced a partnership with Google to offer subscribers free access to Stadia.

BT is the “first European distribution partner for Stadia,” with the ISP angling its broadband network as allowing for “high-quality, fast gameplay.” There’s also a rather good “Next level fibre. Next level gaming” tagline in use.

The partnership will see BT and Google deliver cloud gaming via this new-generation platform to more UK consumers as well as see the two companies work together on initiatives designed to build awareness, access and availability of it in the UK.

As part of this promotion (via Tech Reviews), select packages will come with Stadia Premiere Edition. The £119 kit includes a Clearly White Stadia Controller, Chromecast Ultra for playing on TVs, and three-months of Stadia Pro, which currently includes five free games to redeem.

There are currently three plans ranging from £39.99 to £49.99 that come with a Premiere Edition: Superfast Fibre 2 (average speed 67Mbps), Ultrafast Fibre 100 (145Mbps), and Ultrafast Fibre 250 (300Mb). These initial offerings are available until January 30th, with new ones starting on February 7th. Stadia at 720p requires at least a 10Mbps connection, while 25Mbps is needed for 4K. 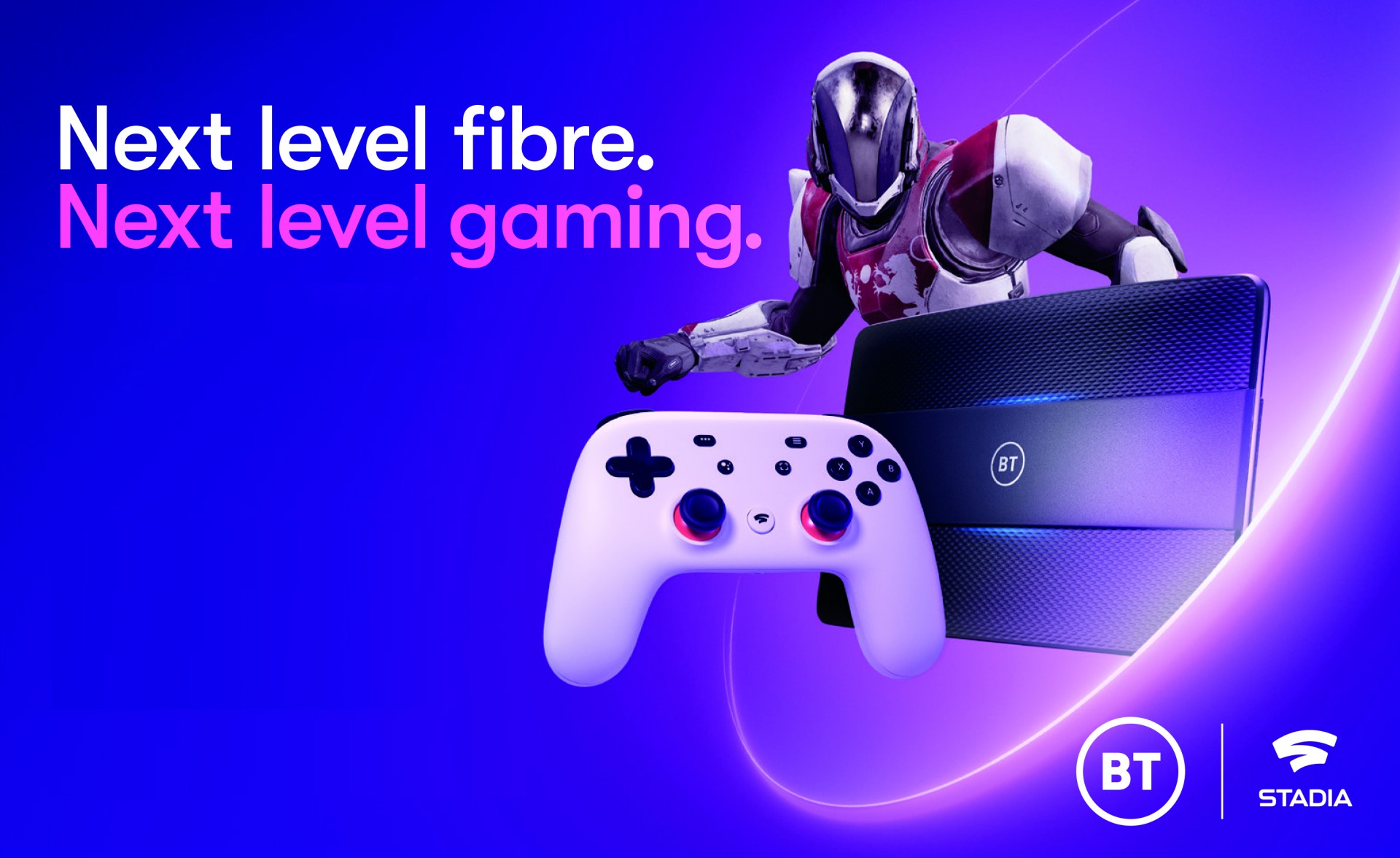 From how this deal is described, it seems that Google could strike more partnerships with ISPs to offer Stadia for subscribers. It’s an interesting arrangement that allows internet providers to demonstrate why subscribers might want faster plans.

On Google’s end, this provides another retail channel for Stadia. So far, it’s only available through the online Google Store. BT is liberally advertising Stadia on its homepage, and even directly links to the first-party store for those that “don’t want broadband.” There will be print, TV, and digital advertising campaigns to highlight these new Stadia plans.