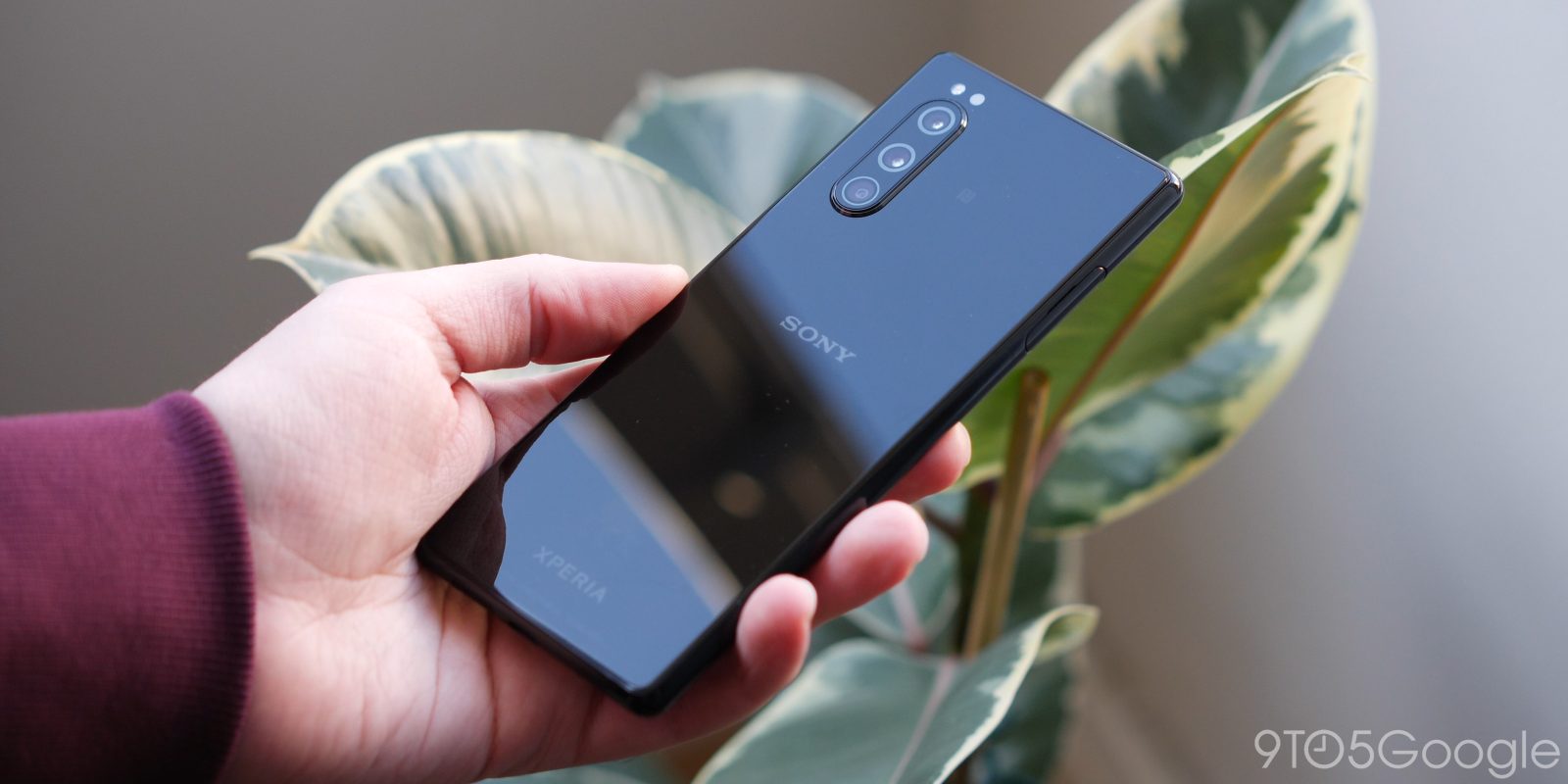 Finding a flagship phone in compact form is something that has become increasingly difficult as OEMs steadily move to building more oversized devices. However, Sony has persisted with their now-defunct “Compact” series, and more recently the Xperia 5.

Sony called time on the popular Compact series and rebooted their smartphone line with the Xperia 1 after announcing the device at MWC last year. With a focus on the 21:9 aspect ratio and no real small form factor counterpart, it wasn’t clear whether we’ll see a true Compact follow-up.

Luckily, the Sony Xperia 5 is here in an attempt to fill the void left behind by the Compact series. After initially being unveiled at IFA 2019 in Berlin, the Xperia 5 was released with little fanfare. It could be the slightly smaller Sony smartphone for those wanting all the benefits of the Xperia 1, but in a package that is supposed to be easier to handle.

With compact phones becoming increasingly hard to find, a compact flagship is like a unicorn without severe compromises — see Google Pixel 4. With that in mind, just how does the Xperia 5 fare at this stage of 2020? 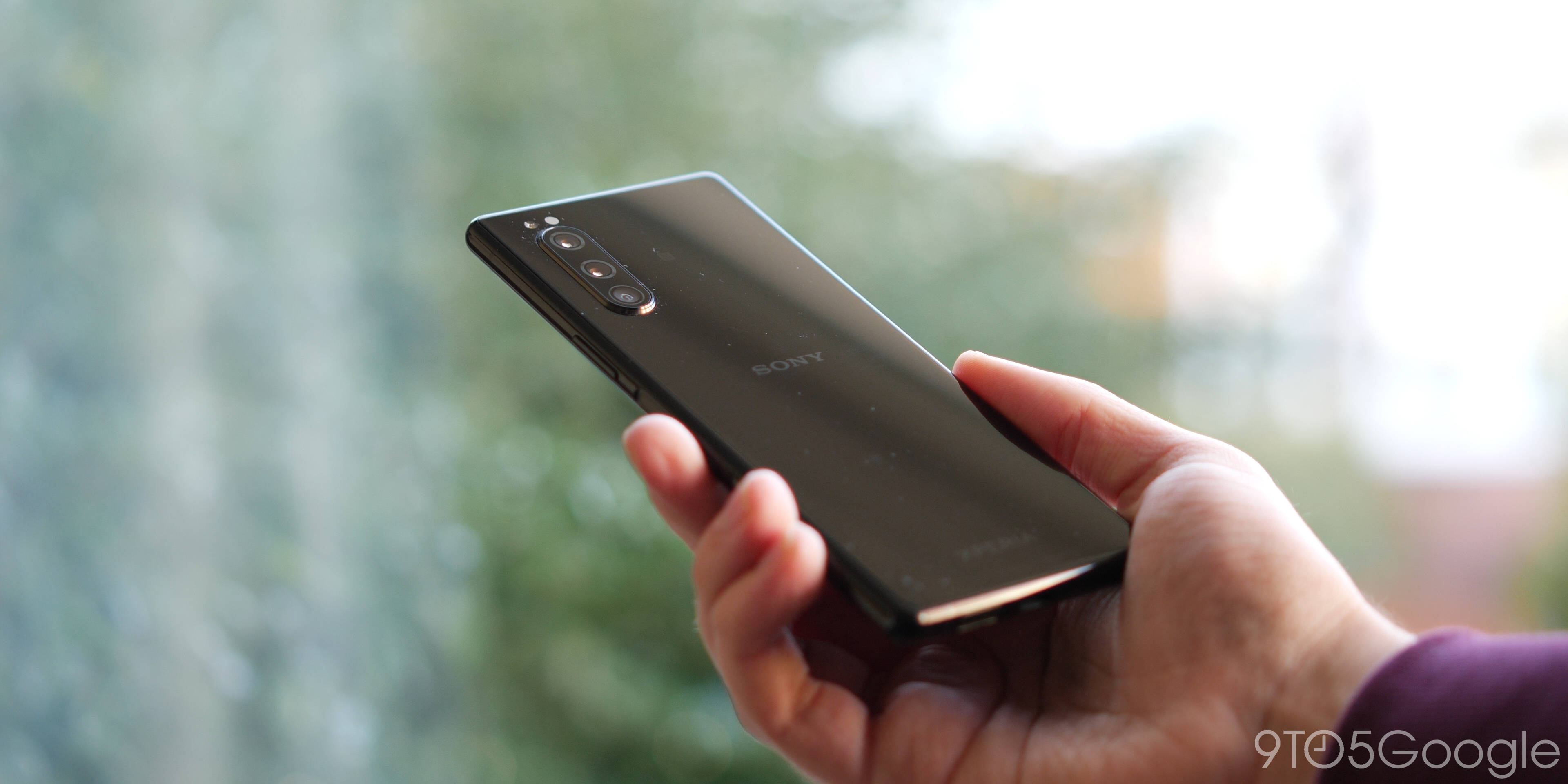 As far as smartphone designs go, the Sony Xperia 5 is a bit of a misnomer. For starters, the tall, elongated display seems at odds with what the rest of the industry is doing. I must say that I quite like it though, as it’s pretty unique, and at least Sony is trying to differentiate itself from the crowd.

Sony might market Xperia 5 as a “compact” smartphone, but it’s far from it. That will come as a disappointment to many of you hoping that this is the reimagining of the Xperia Compact line, because this is still a big phone in most regards. Sony has barely even shaved any real size off the Xperia 1 with this model.

With the Xperia 5 being tall and thin, the button placement has been adjusted slightly, and it takes a little while to get used to. Sony has decided that a lower-placed power button makes sense, but there is also a camera shutter button and capacitive fingerprint scanner along the right side. It’s not terrible, but it feels a little congested as a result.

The fingerprint scanner is a real oddity, as I found it simply doesn’t work half the time. Plus, being on the right side of the phone means that you’re only really going to register your right thumb and maybe your left index finger. I thought it would have been better, but I rarely use it because it’s so inaccurate and probably works about six out of 10 times you place your thumb over it. 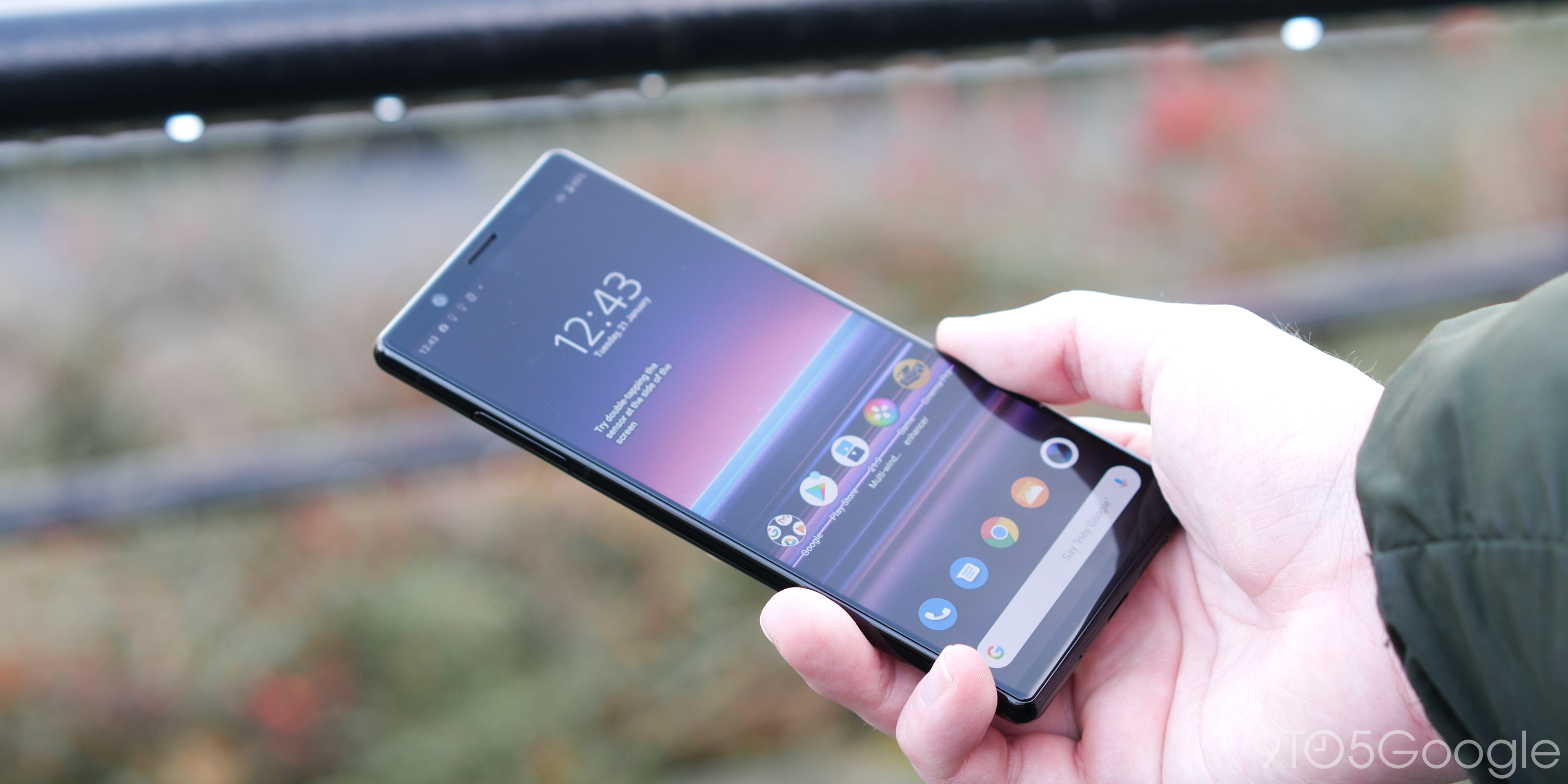 Despite the minor niggle, this is a well-put-together smartphone that feels exceptionally crafted. However, I’ve found that Xperia 5 glass sandwich design combined with its tall, thin shape make it a little more slippery than your usual wide smartphone. I also managed to scuff the back glass of my review unit after catching a button on my jeans. That isn’t a good sign of long-term durability, so get a case. The 6.1-inch screen has managed to go unscathed, and that’s a good thing, as this FHD+ display really is lovely to use.

Having all of the hardware buttons on one side is odd, but having a SIM and micro SD card tray that can simply be pulled out at any time is something I can’t say I’m a huge fan of. Micro SD card support is appreciated, but it’s far too easy to snag the tray on a zipper or even just your fingernail. It’s great for access and SIM swapping, but not so much for someone wanting to just take it without asking — this is a minor issue in the grand scheme of things though. 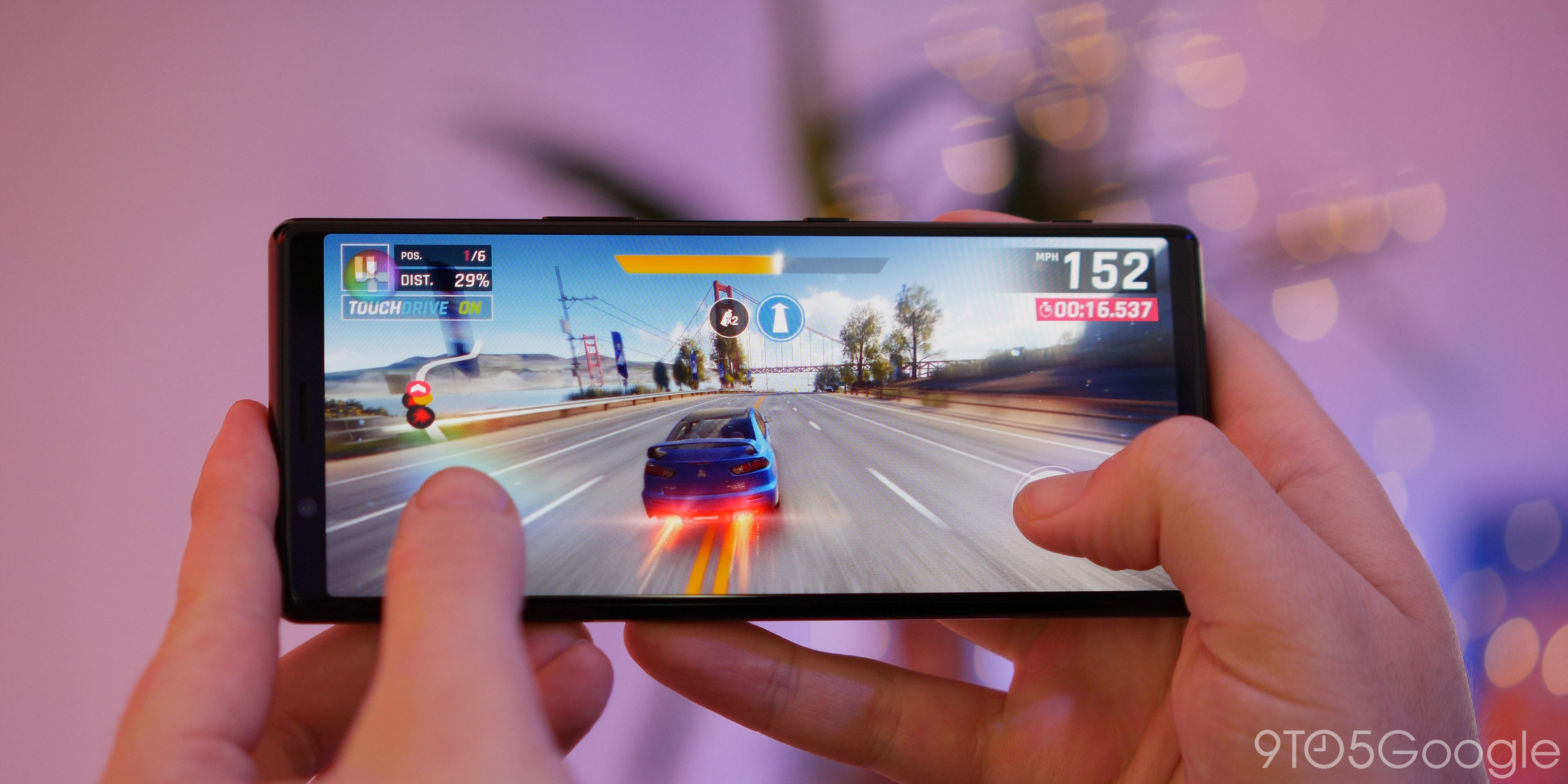 The Xperia 5 originally shipped with Android Pie but has quickly updated to Android 10. It’s nice to get the latest version of the OS, and Sony has been pretty solid at updating the Xperia line so far. With that said, it’s unclear just how long it will take to get Android 11. Hopefully, it will follow a similar timeframe as with the stable Android 10 update, but we’ll have to wait and see.

As it stands, Sony’s version of Android is pretty “plain” by most metrics. I’m pretty happy with it, as in all honesty, I have no problems with Android being barebones. It allows me to pick and choose just what apps and extras I install. That doesn’t mean that Sony hasn’t loaded a little bloatware, as they’ve added some extras that I don’t think add a great deal to the overall experience. The reachability mode on the Xperia 5 is utterly terrible, though, as the activation method involves double-tapping a tiny portion at the very edge of the left or right side of the display. I have tried to set this up multiple times to no avail — in my experience, it simply doesn’t work. 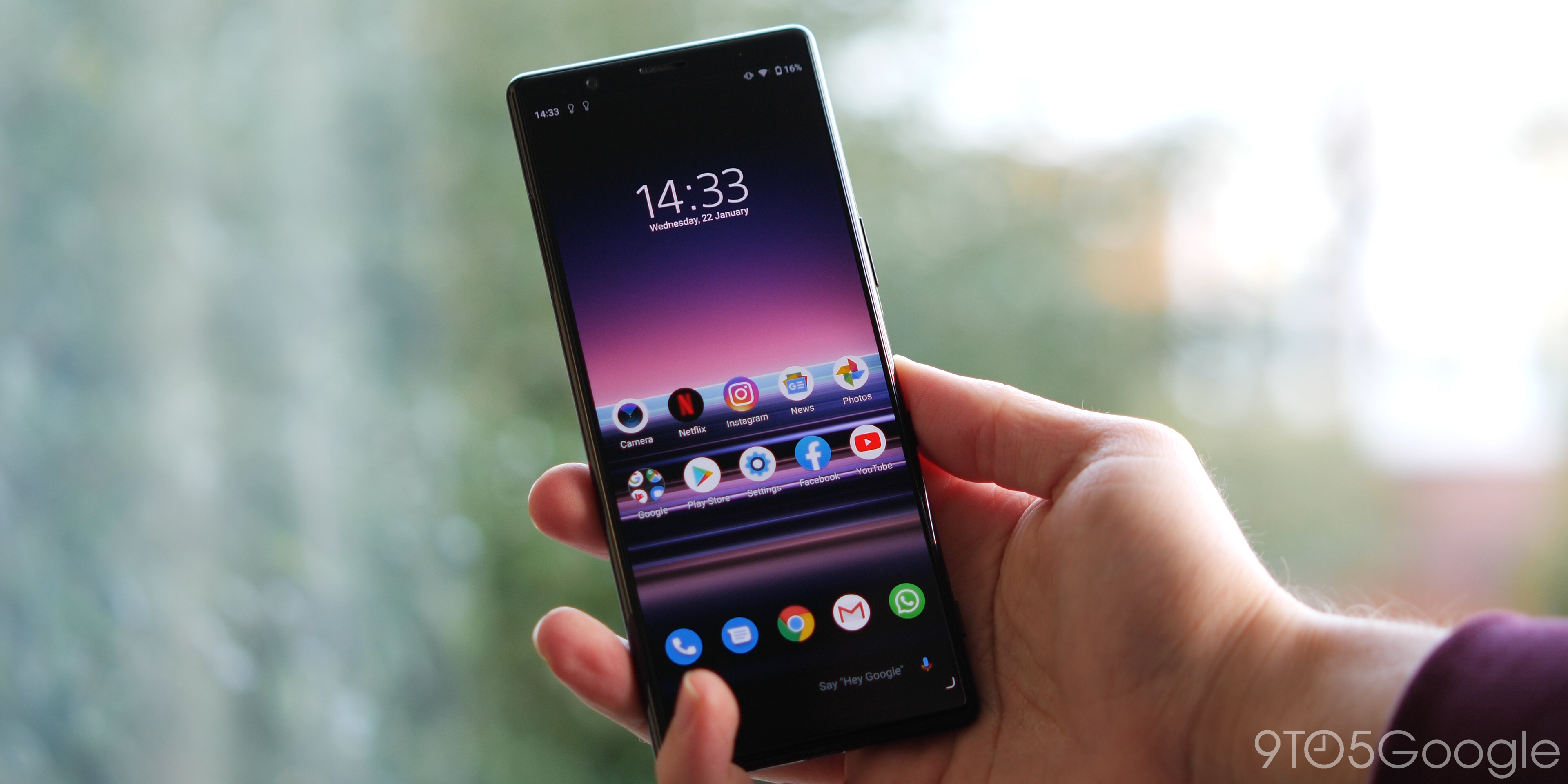 Despite that minor annoyance, the rest of the experience is very snappy and clean. I didn’t notice any major slowdowns except for when the battery dipped into the automatic battery saver mode, or when trying to load an app just as the phone powered back on. The inclusion of some pre-installed apps like the Fortnite installer, Booking.com, and Facebook are a little bit frustrating, but can be removed quickly and don’t affect performance levels.

I am a fan of the 21:9 aspect ratio, but understand that it is a little bit of a gimmick. For watching movies, though, nothing really beats that native stretched-out aspect ratio without having to deal with black borders. It’s still refreshing to see a phone without a punch-hole notch or cutout, and it really helps when games like Asphalt 9 are optimized for the Xperia 5’s hardware. If you are an ardent mobile gamer, an ultra-wide smartphone display makes your favorite titles so much more fun to play, but just gets pipped to the post by high refresh rates in my opinion. 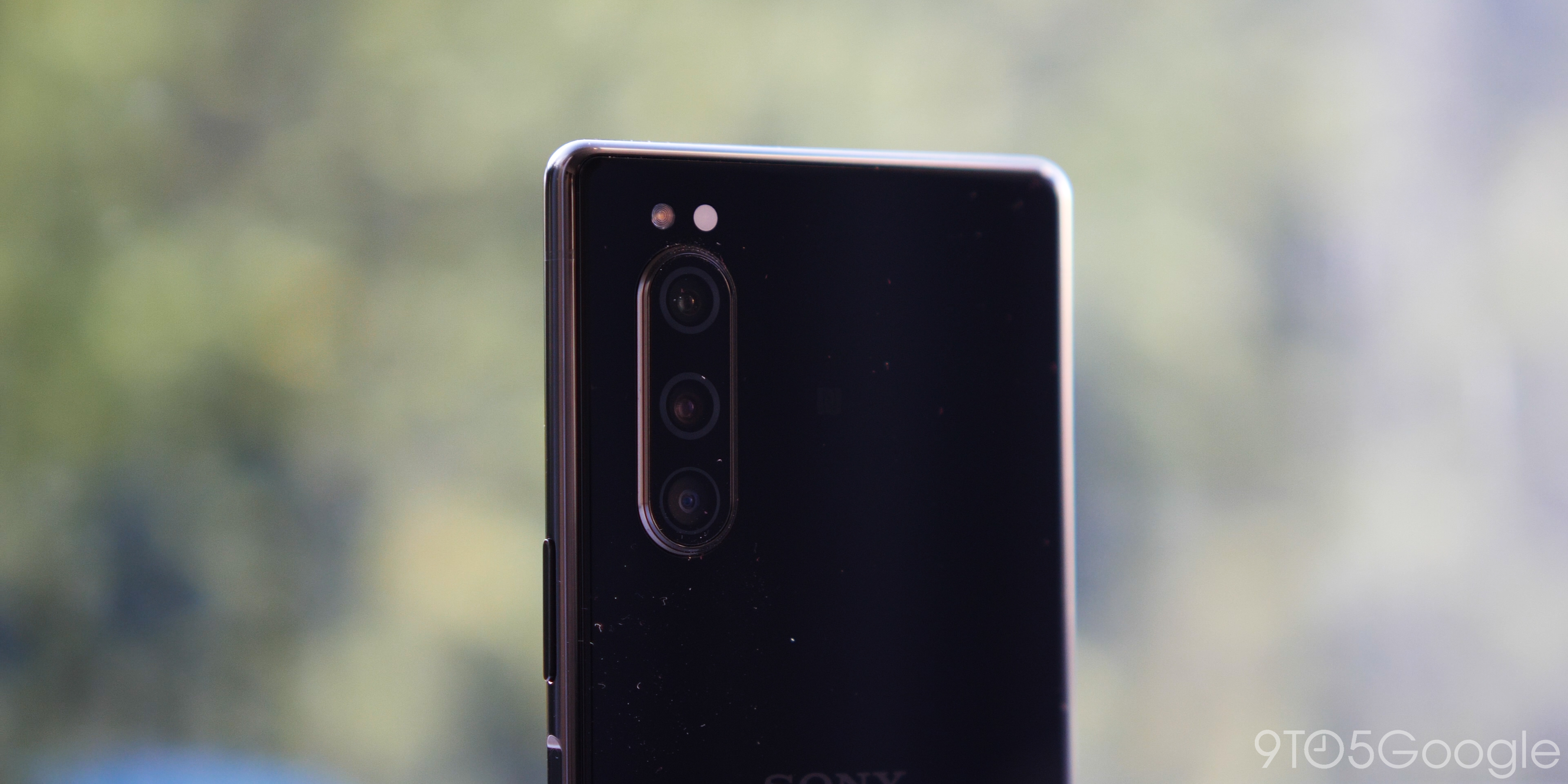 When the Xperia 1 launched haphazardly in early- to mid-2019, Sony made a big deal of the close working relationship between the Mobile division and the camera division. Unfortunately, we’ve yet to see any real major results from this internal partnership — and the Xperia 5 adds to that disappointment.

It’s not that the Sony Xperia 5 has a bad camera, it’s just pretty mediocre given the resources at Sony’s disposal. The company essentially produces the IMX sensors used in almost all major premium flagship devices. With that in mind, they should be doing much better with their own hardware slapped inside.

You do get three lenses on the back of the Xperia 5, though: a wide, 2x telephoto zoom lens, and ultra-wide angle. You can get some good snaps from this camera setup due to the flexibility that it affords. The results in most cases can be a little mixed, though, and overall are still a slight step behind the Pixel 4 and Galaxy Note 10. 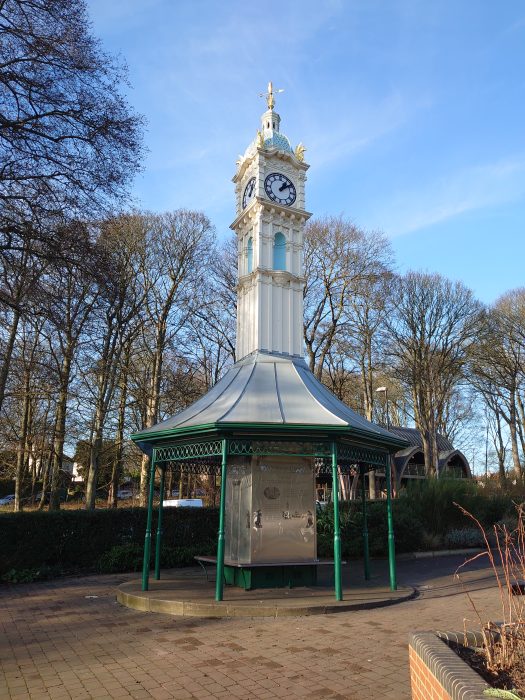 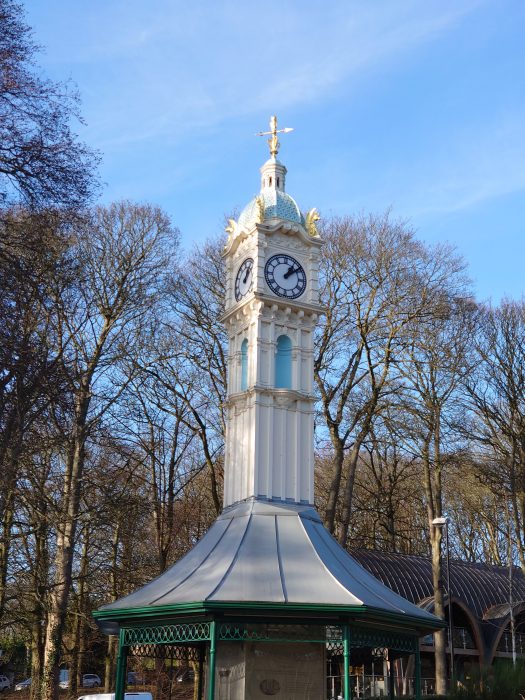 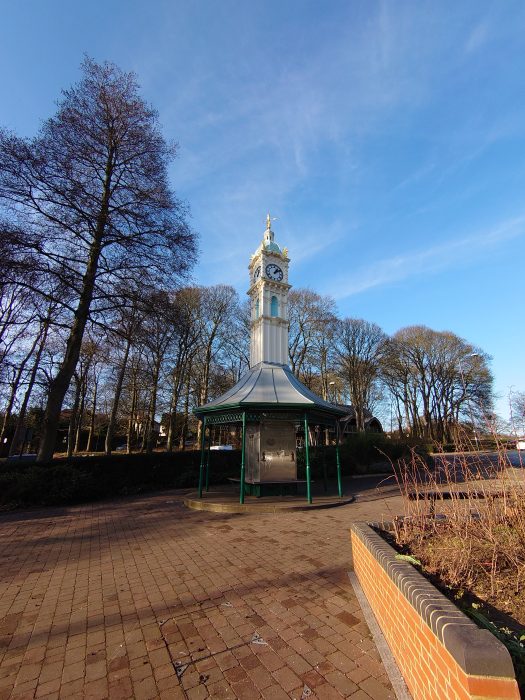 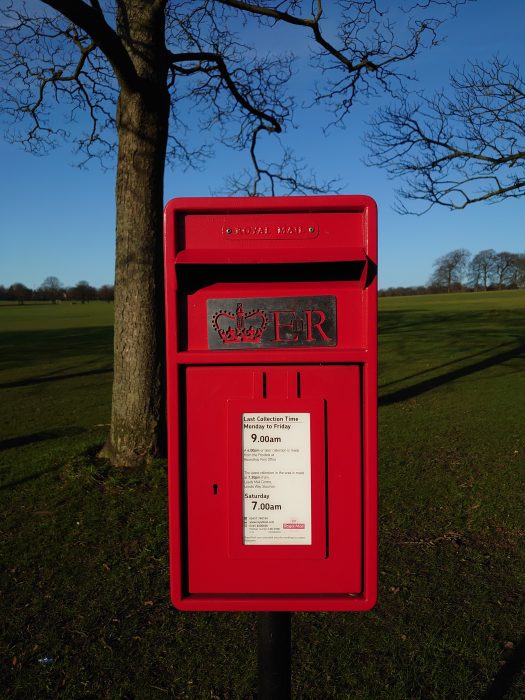 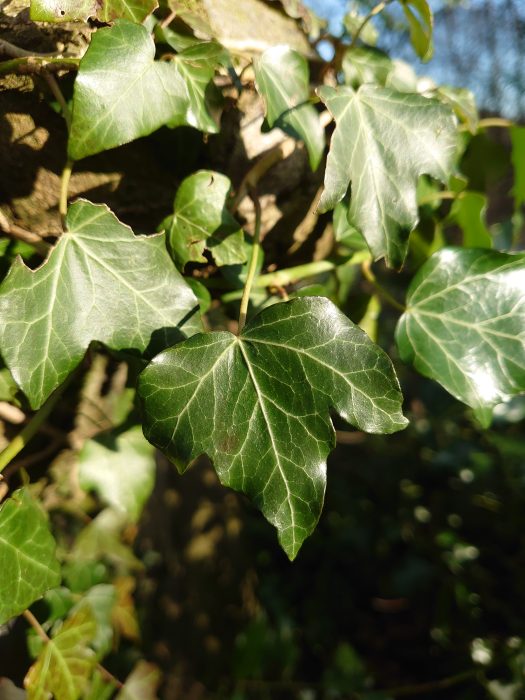 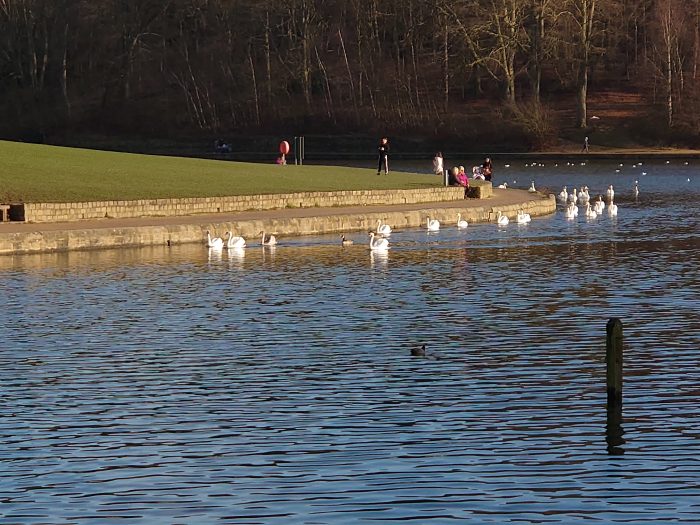 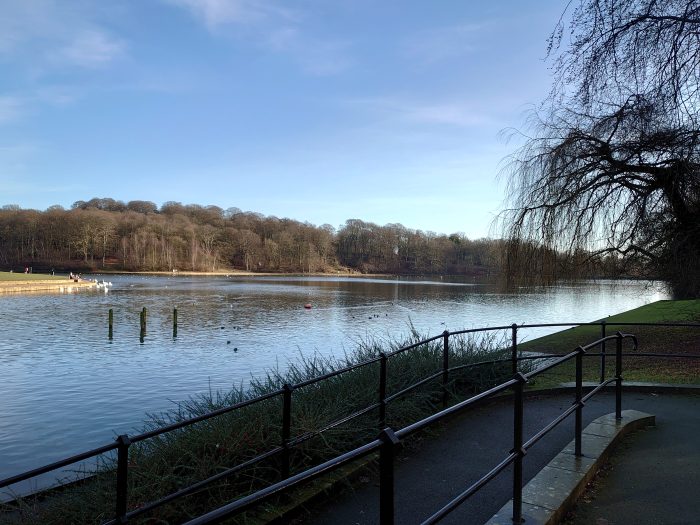 I absolutely adore the physical shutter button on the side of the phone. It just feels nice to have a button that is dedicated to taking photos and starting video recordings. There is also a dedicated Cinema Pro app that gives you some serious video controls. For most people, it will be far too difficult to decipher, but being able to adjust shutter speed, manually control focus, and even add LUTs all within the camera is quite interesting, if a little daunting for the novice.

Despite these extra controls, the video quality is mixed at best if you don’t know what you’re doing. However, you can only record 4K at 30fps but FHD at 60fps. If Sony is utilizing the team behind the A7III, you would expect far better video and photo quality from the Xperia 5. 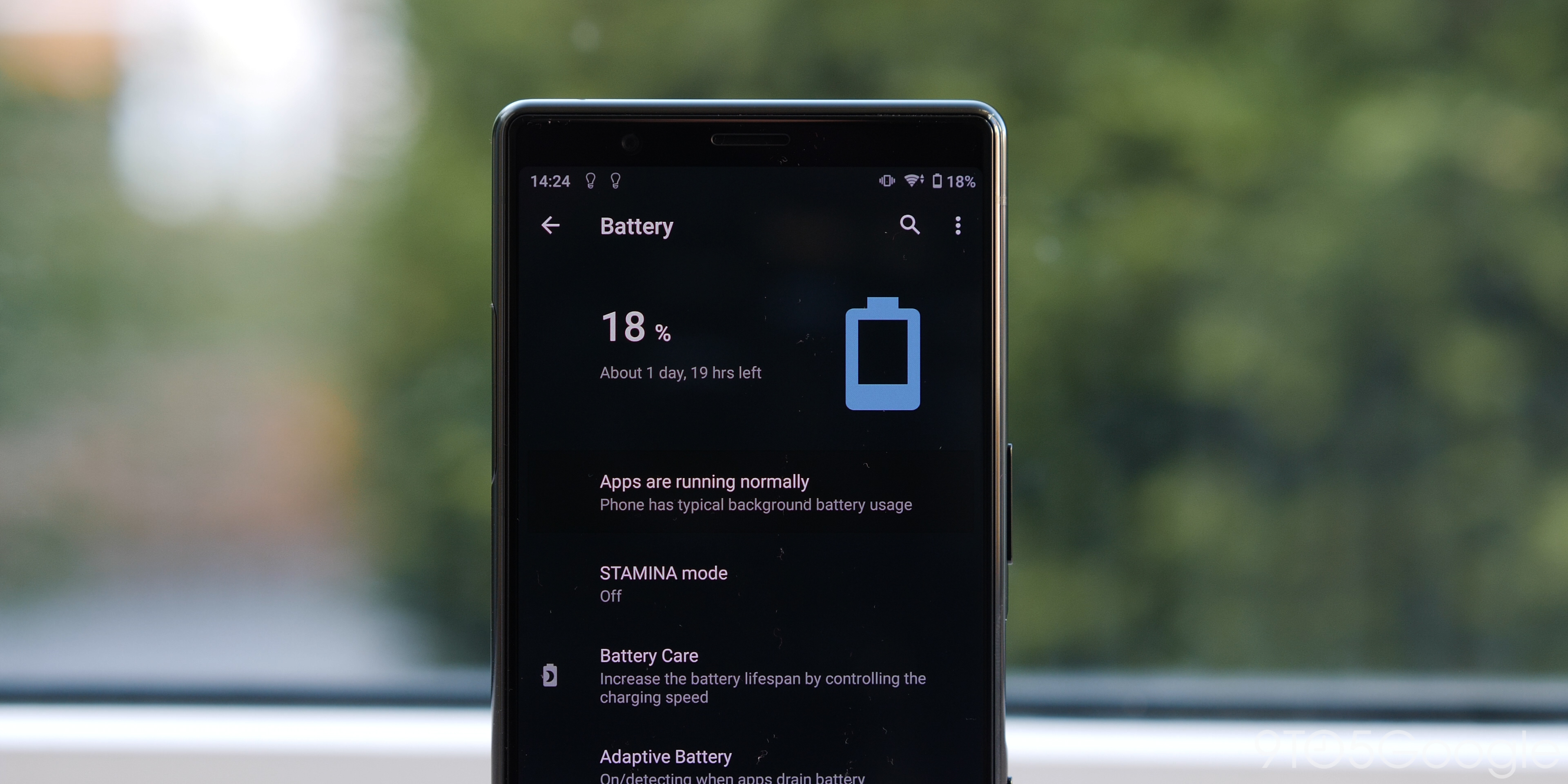 Despite a relatively small battery, the Sony Xperia 5 has pretty exceptional longevity day-to-day. At just 3,140mAh, it’s surprising just how long the phone lasts, and the 18W fast charger manages to top it up quickly. I’m sure the dip from a UHD display on Xperia 1 to FHD+ is partially responsible for this impressive battery lifespan.

You could regularly see above six hours of screen time with the Sony Xperia 5. Given the actual battery size, that isn’t bad at all and would likely be enough for everyone but the heaviest of smartphone users. There are some solid power-saving modes added in, too. The Stamina Mode and Ultra Stamina Mode will seriously extend potential lifespans at the expense of some features.

It’s a bit disappointing that you don’t get any wireless charging, but the 18W fast charger isn’t too bad. Oddly, it takes around two hours to go from 0 to 100% but only takes 30 minutes to go from 0 to 50% — really not sure why, but you can get some extra juice in a pinch.

If you are a looking for a compact smartphone with flagship specs, then, unfortunately, the Sony Xperia 5 only hits one of those marks. The relatively clean version of Android 10 is something that might entice people not willing to deal with hefty third-party skins and tons of added or unnecessary extras.

This is a solid phone that warrants a closer look. However, it somehow feels a little late to the party, and with a gimmick that will only appeal to a very narrow set of potential buyers. 21:9 is amazing when gaming on ultra-wide monitors and for watching movies, but it actually makes far less sense on a smartphone simply due to the smaller size.

All in all, this might not be the compact Sony Xperia you were probably hoping for, but it still manages to be a decent Android smartphone.

Where can I get the Sony Xperia 5?

The Sony Xperia 5 is available for $699 from Amazon, but if you really want a “compact” smartphone, then the Samsung Galaxy S10e might be a better buy at around $600.