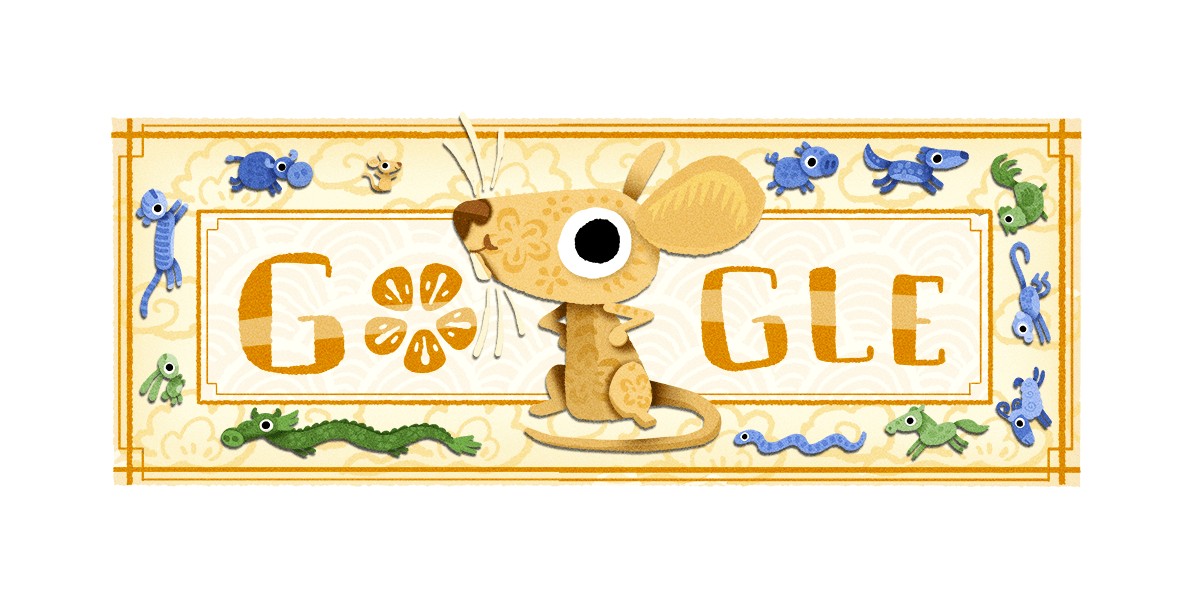 Today marks the first day of Lunar New Year celebrations, and the Google homepage is joining the festivities with a Doodle depicting the Year of the Rat.

Every year, the Lunar New Year falls on the night of the first new moon between January 21 and February 20. With the new moon having arrived, we’re now moving into the Year of the Rat, as determined by the Chinese zodiac.

Today on the Google homepage, visitors are treated to a new Doodle to ring in the Lunar New Year, depicting a rat encircled by the other members of the Chinese zodiac in order. If you’ve ever wondered why the zodiac is in the order we have today, Google was kind enough to offer up a simplified explanation.

According to ancient legend, an emperor challenged different animals to race through the land to determine their order in the zodiac. Due to his size, the rat knew it could not cross a river on his own, so he hitched a ride on the ox’s back. But, just before reaching the opposite shore over a river, the rat then cleverly leapt off—winning first place in the race and thus the zodiac calendar!

In another interesting bit of trivia, today’s Lunar New Year Doodle is displayed in a golden colorway for those browsing from South Korea instead of the red seen in the rest of the world.