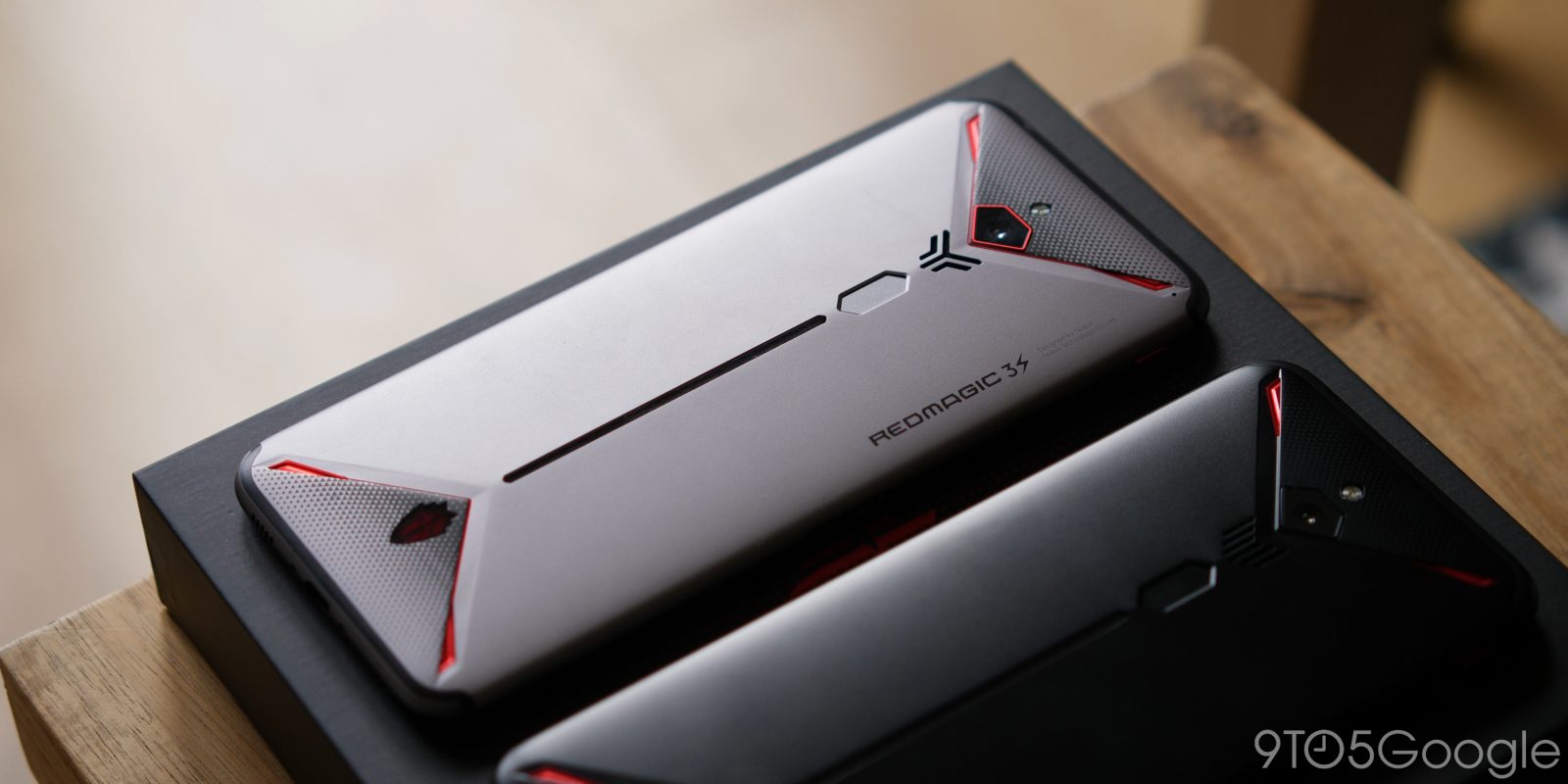 The Nubia Red Magic 3S is here to take back the crown from all of the other gaming smartphone upstarts by stacking the specs at an attractive price-tag.

While most smartphone OEMs are attempting to gain mass-market appeal, Nubia is attempting to grab the attention of the hardcore mobile gamer with a smartphone that is tailored to make the most of the growing library of 3D Android games and eSports titles heading to the mobile OS.

You, like me, might be thinking that Google Stadia, Project xCloud, and Nvidia’s GeForce Now might start to seriously encroach upon the gaming smartphone market over the coming years, but for now, they look as though they are here to stay.

We’ll likely see more console-quality games hit Android over the coming years, and because of that, there will be people that want to gain some sort of competitive edge — which often means they want a dedicated gaming device.

Looking at the spec sheet alone, the Nubia Red Magic 3S is without question the best value gaming phone on the market but just how does it stack up? 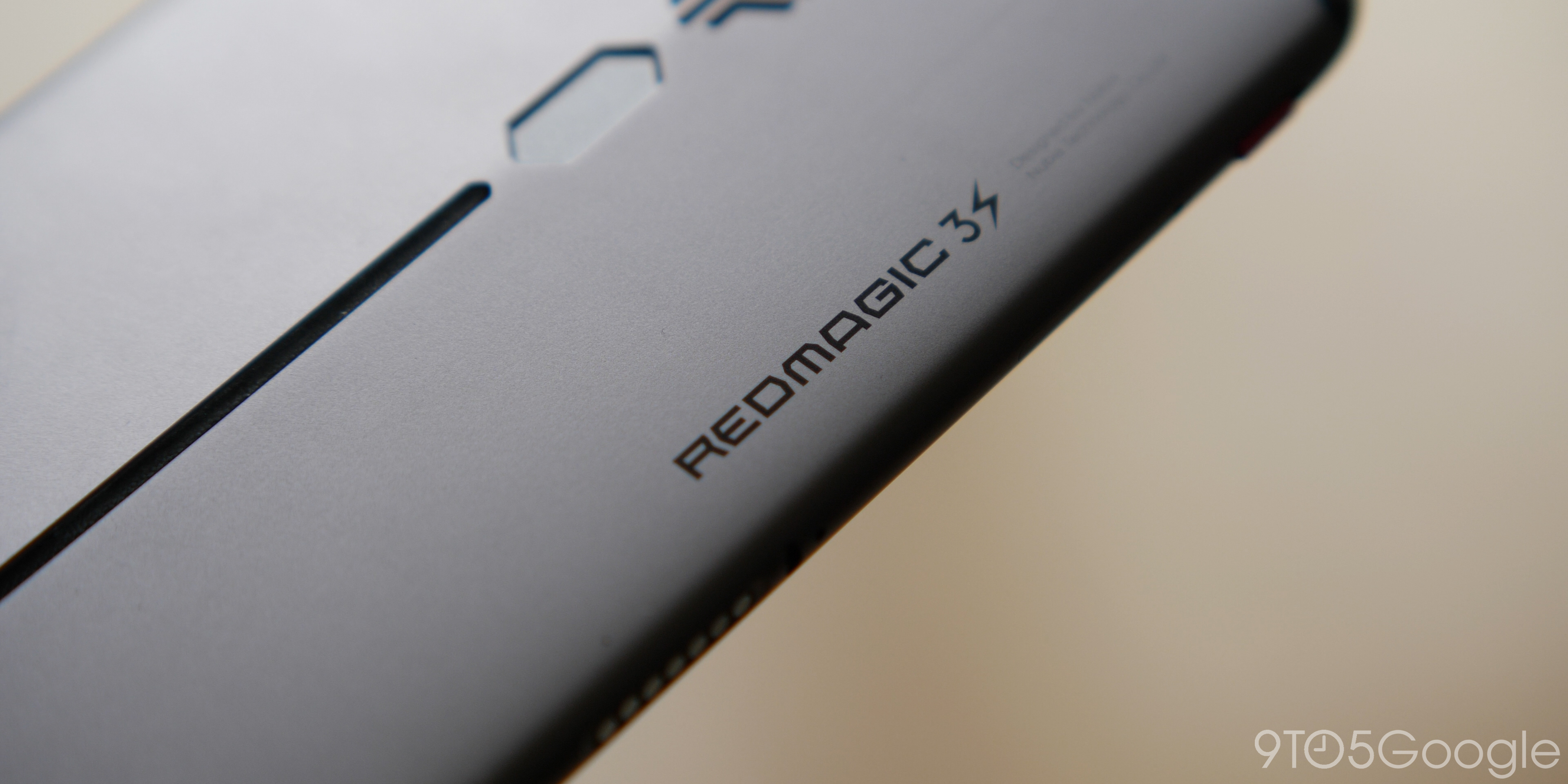 If you were to hold the Red Magic 3 and 3S side-by-side, you’d be hard-pressed to tell the two smartphones apart. Like most “S” refreshes of every phone out there, there isn’t much different on the outside — save a fresh lick of paint. The biggest — but still reasonably — minor changes come internally. The Nubia Red Magic 3S is still aggressively “gamer” just without the Mountain Dew logo emblazoned on it.

With the Qualcomm Snapdragon 855+ chipset and 8GB of RAM under the hood along with 128GB of UFS 3.0 storage, you get quite a substantial piece of hardware for the sub-$500 entry-price. You can upgrade this to 12GB of RAM and 256GB storage too should you want a little bit more power. It’s worth noting that the only other phone that directly competes directly in specs is the OnePlus 7T. Nubia hasn’t really left anything to chance, there’s just about everything you’d need in a gaming smartphone here for a price that isn’t too bad.

A smartphone shipping over the past 18 months with a headphone port has become such a rarity that we applaud the inclusion. It’s nice to see but even as big a wired audio fan as I am, I have just accepted wireless audio at this point. It does mean that plugging in a proper gaming headset is far easier and other accessories will play far nicer with this device. 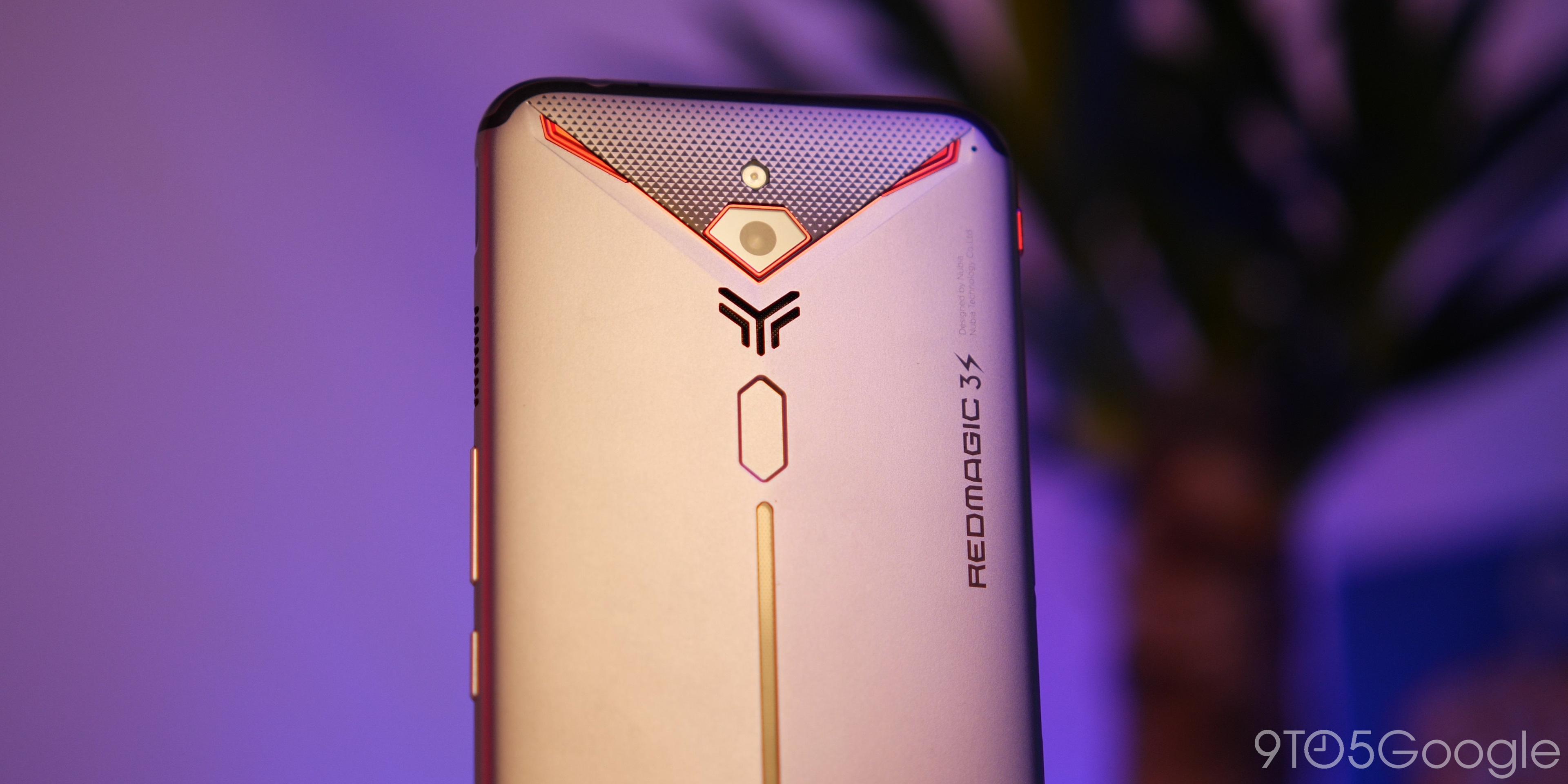 There is the bonus of dual stereo speakers that deliver really booming sound for such a small package — although it still is a large smartphone. It ups the immersion in many of the most popular Android games plus the added bonus is that movies and videos on YouTube and Netflix sound excellent. This makes the Red Magic 3S great for everyday entertainment purposes and not just gaming.

I would say that if you’re not a fan of larger phones, then steer clear of the 3S. At 6.65-inches this really is a beast. The 90Hz AMOLED panel is still FHD+ and has a resolution of 2340 x 1080 pixels. That results in 387.5ppi, again, still paling in comparison to the 90Hz panel on offer from the OnePlus 7 Pro. Despite that, the experience is pleasant and the screen tearing issues I saw with the Red Magic 3 appears to be gone.

The design isn’t without issues but the Nubia Red Magic 3S does feel well catered towards smartphone gaming thanks to the backplate shape. Your hands will nestle nicely at either side when holding your phone in landscape. In portrait orientation, it’s not quite as comfortable but the angular design does help you attain a better grip on either side of the Red Magic 3S. 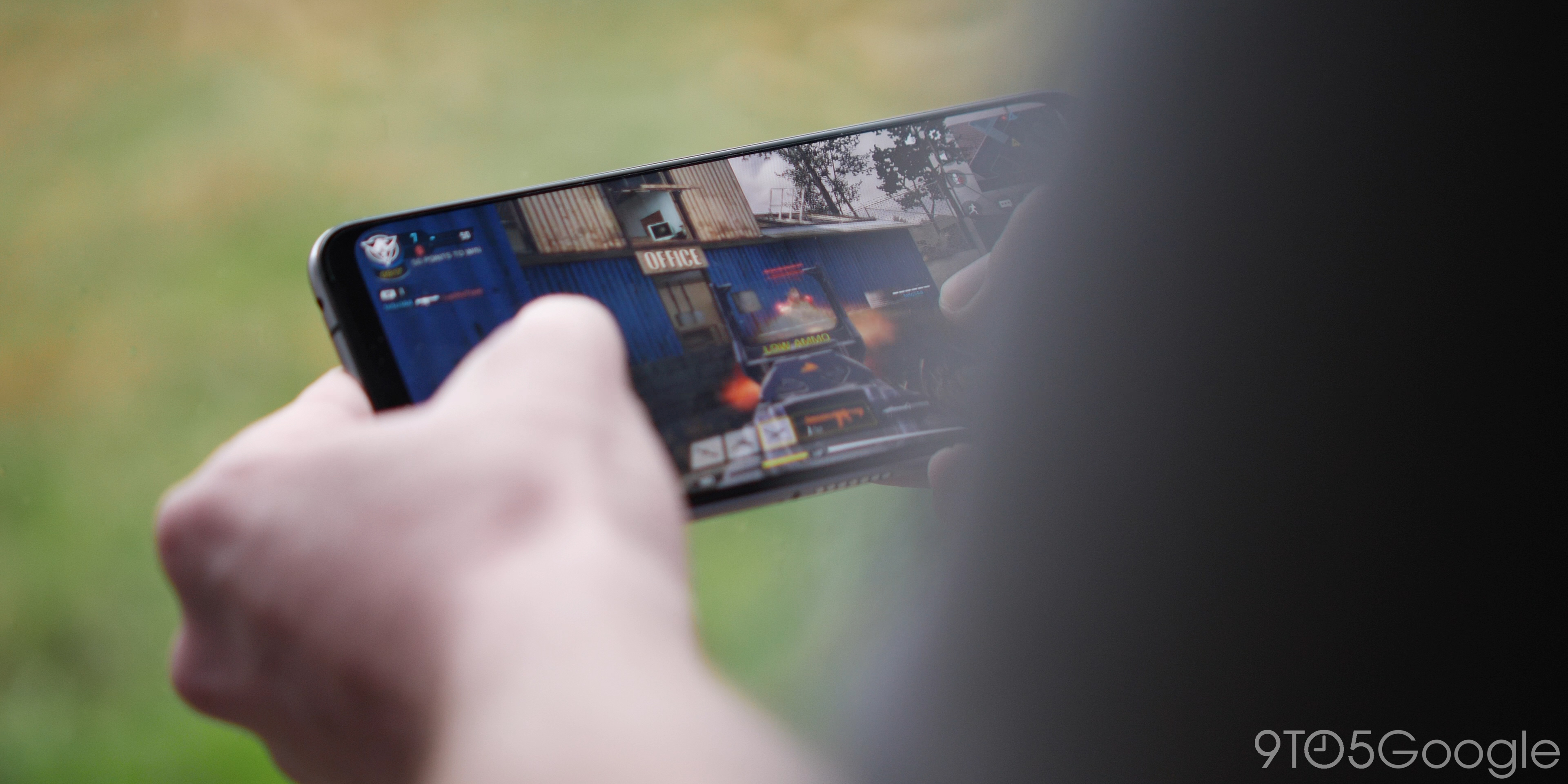 My biggest outright issue with the Red Magic 3S is that it still ships with Android Pie. The Chinese firm isn’t always transparent about OS upgrades either, they just seem to appear out of the blue. My review unit also is still running the August 2019 security patch. Although with that said, this is a relatively plain skin atop Android Pie. It’s unclear just when we’ll see the next version of Android but for now, Android Pie runs just about as well as it can on any smartphone out there.

Nubia has kept the tweaks to a minimum and that is more than can be said of the many rival gaming phones on the market. Performance is, therefore, blistering. Apps load instantly, games load in a similarly quick manner and the entire OS is a joy to use — despite being a little outdated.

There is the odd inclusion that is welcome, such as the native 720p screen recorder. It allows you to record the display, device audio, and microphone simultaneously. That’s something we’re sure some of you out there reading will be interested in.

Nubia’s dedicated gaming hub also returns. It’s essentially another launcher that you can toggle to get quickly into games. It also allows you to power on the cooling fan and notifications and whatnot. I am still unconvinced that the Boost modes do anything to improve gaming performance but there may be some placebo effect for some people.

I hoped the air triggers would be a nice addition but I found that I couldn’t get comfortable using them — I much preferred connecting to my Xbox One gamepad and smartphone clip as the tactile feedback of the triggers was far more immersive. 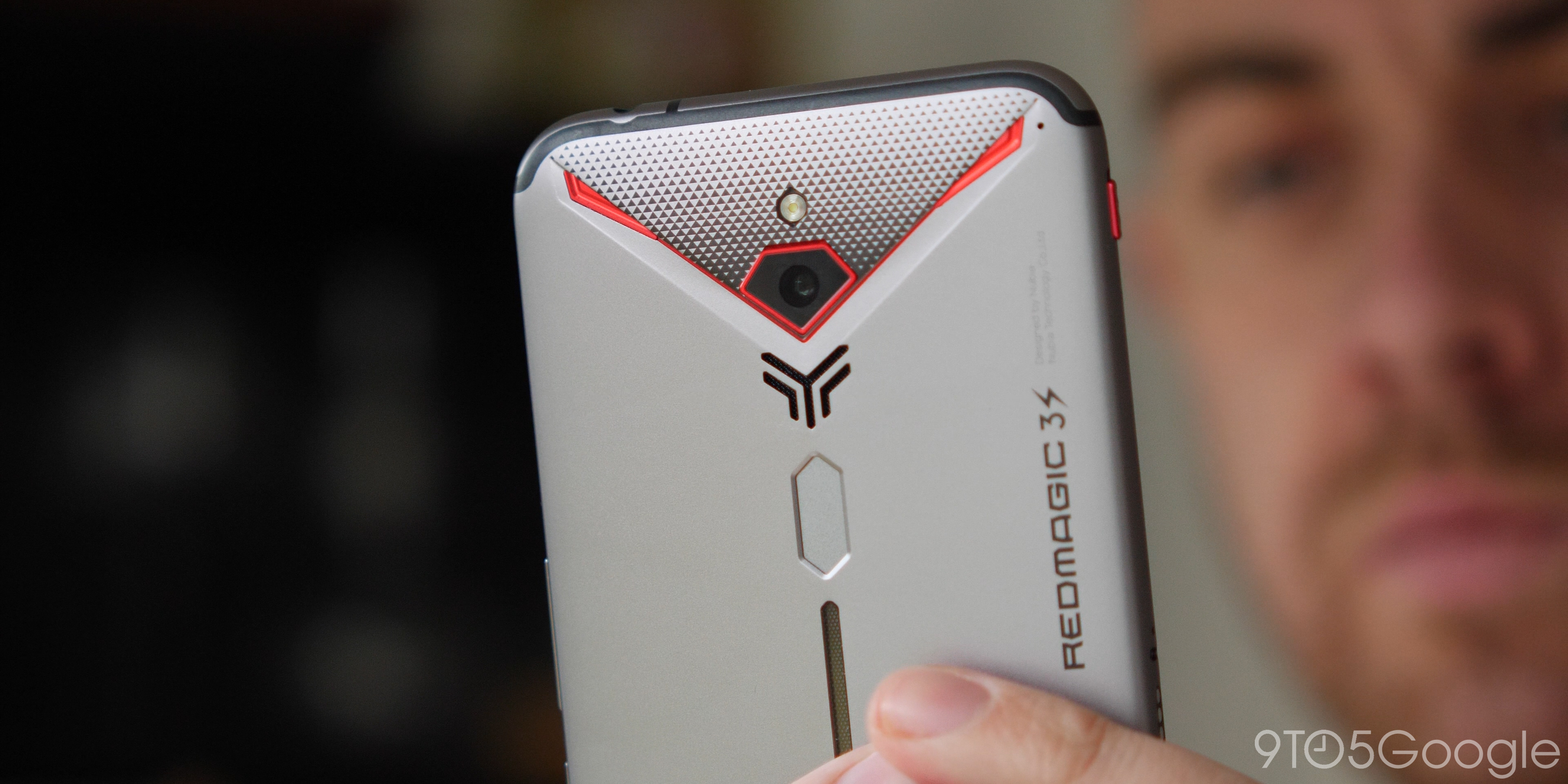 I was surprised at the quality of the Sony IMX586-equipped camera on the original Red Magic 3, although it did have some shortcomings — and the 3S proves to succumb to some of the same pitfalls. There is a capable 48-megapixel sensor packed inside, which manages to take crisp, reasonably clear images. Any major changes in lighting though and results will be severely hindered. Despite the constraints, you can get some superb photos.

There is a new Night Mode though, which is the most surprising new software addition. It actually does a decent job of adding extra detail to darker scenes. It definitely pales in comparison to the Pixel 4 and many Huawei devices but if you wanted to take a photo in the darkness, you’ll get some adequate images — using the flash might be warranted though.

Much like last time, the 16-megapixel selfie camera proves to be one of the weakest I’ve used on a device with such impressive on-paper specifications. The camera app is still frustratingly barren and lacking in options but for quick snaps on the go, the Red Magic 3S manages to get the job done. The strength of this phone is in other areas, which is a reasonably fair compromise. 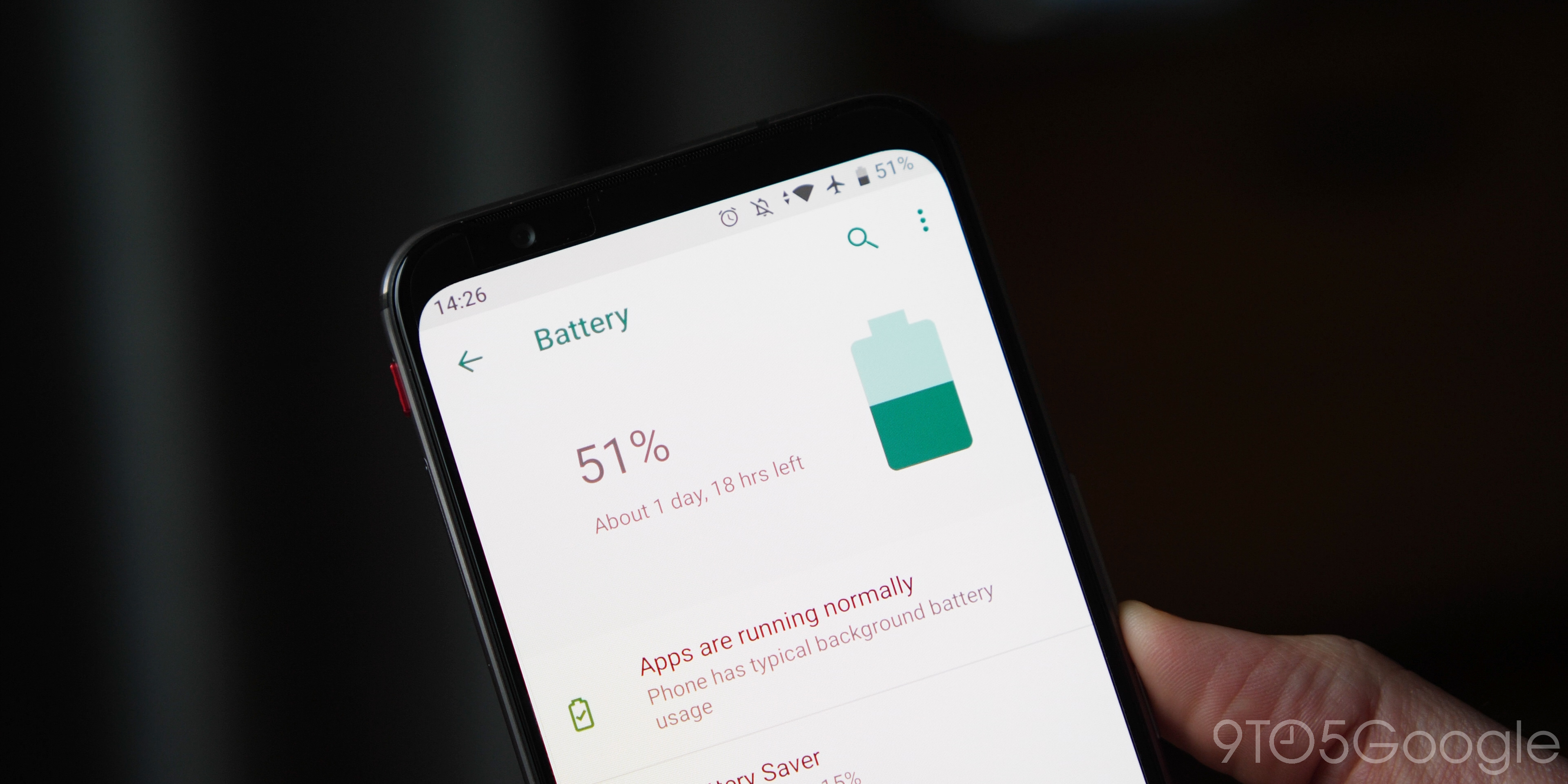 At 5,000mAh, the Red Magic 3S has a pretty sizeable battery. My usage was definitely not heavy but above average and this is a two-day phone even with extensive YouTube video viewing. I even managed a couple of spells playing Call of Duty Mobile without sacrificing the lifespan of the 3S. It’s clear that slapping in a large power cell really does help ensure extended usability.

Despite the large battery size, the 18W charging brick feels a little conservative. It would have been nice to include a slightly faster charger to help you get back up to 100% and gaming again but charging overnight will still top up the battery in a reasonable timeframe.

I would only recommend the Nubia Red Magic 3S to ardent smartphone gamers that missed out on the original Red Magic 3 as, to me, it’s stifled by the fact that the competition can offer the same specs and a better overall experience for a slight bump in price. It also feels as though Nubia has adopted a OnePlus approach to their flagship line, having had almost six months between releases, there isn’t a great deal to differentiate between the Red Magic 3 and the 3S.

Gaming phones also still feel like an oddity but clearly, people are buying them and wanting something slightly different from their smartphone — otherwise, this follow-up smartphone simply wouldn’t exist. Despite some issues, the value proposition here is absolutely exceptional, as you get pretty much the highest-end hardware for under $500.

My biggest gripe is that I still feel that the OnePlus 7T (or cut-price 7 Pro) might be a better buy for most people at a very similar price point. It has a decent camera, a better 90Hz panel and arguably the best software on Android. That doesn’t stop the Nubia Red Magic 3S from being a good purchase though. It is definitely worth considering if you want to be able to play on your phone all day without having to reach for the charger. The software is relatively clean, albeit outdated but the overall experience is solid for the ticket price.

Where can I buy the Red Magic 3S?