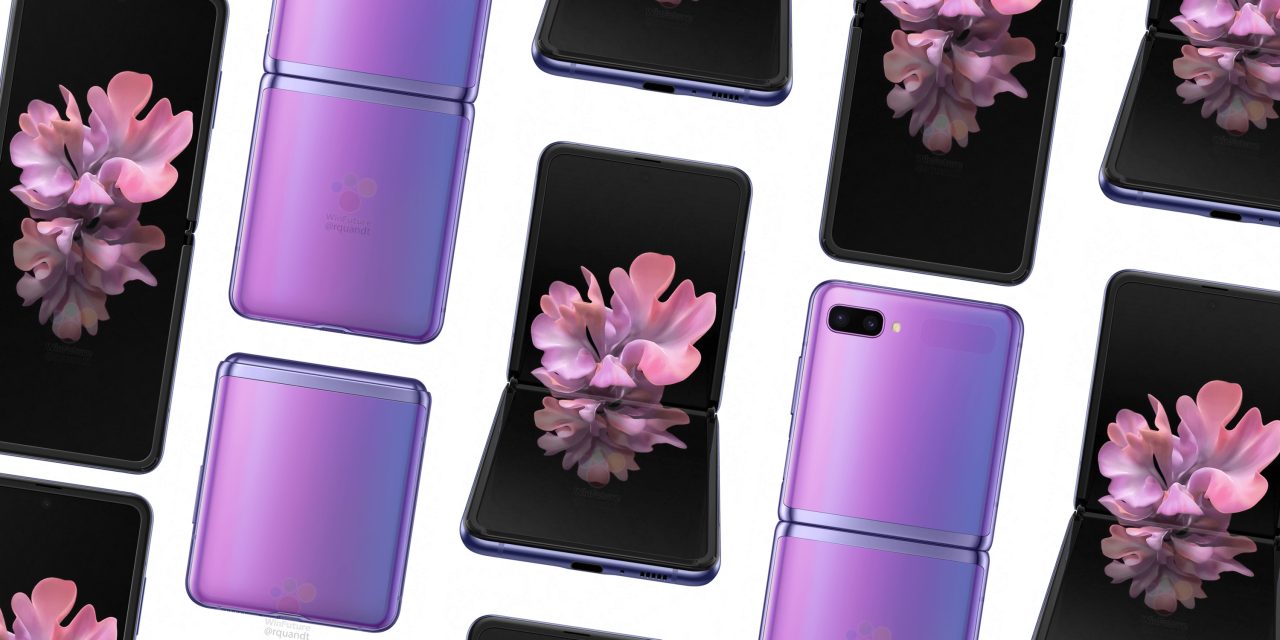 It feels like it’s been ages since we started talking about Samsung’s next foldable smartphone but, before today, there’s been nothing in the way of renders to show off the device. Now, courtesy of WinFuture, renders of the Galaxy Z Flip have leaked to reveal the device in full.

As seen in the gallery below, these renders of the Galaxy Z Flip leave nothing to the imagination with this foldable. As has been detailed in the past, the Z Flip folds along its horizontal axis which allows for a bigger, taller display that folds into a “compact square.”

In this latest leak, Roland Quandt specifies that the display here is an FHD+ display which has a 22:9 aspect ratio – even taller than Sony’s recent flagships. The panel itself is 6.7-inches in size when it’s fully opened. Samsung is also using a special hinge design which can leave the device open between 70 and 110 degrees. As previously reported, this will be used for camera apps like Google Duo.

This report also confirms the outer display’s size. The 1.06-inch panel is just 300×116 and used to display the time, notifications, and serve a few other functions. There’s also mention of the Snapdragon 855+, 8GB of RAM, and 256GB of storage. There’s no microSD card slot, though.

WinFuture also confirms a 12MP primary camera on the rear which is backed up by another 12MP sensor, this time with an ultra-wide lens. The front camera also resides within an Infinity-O punch hole and is a 10MP sensor. The battery is 3,300 mAh too.