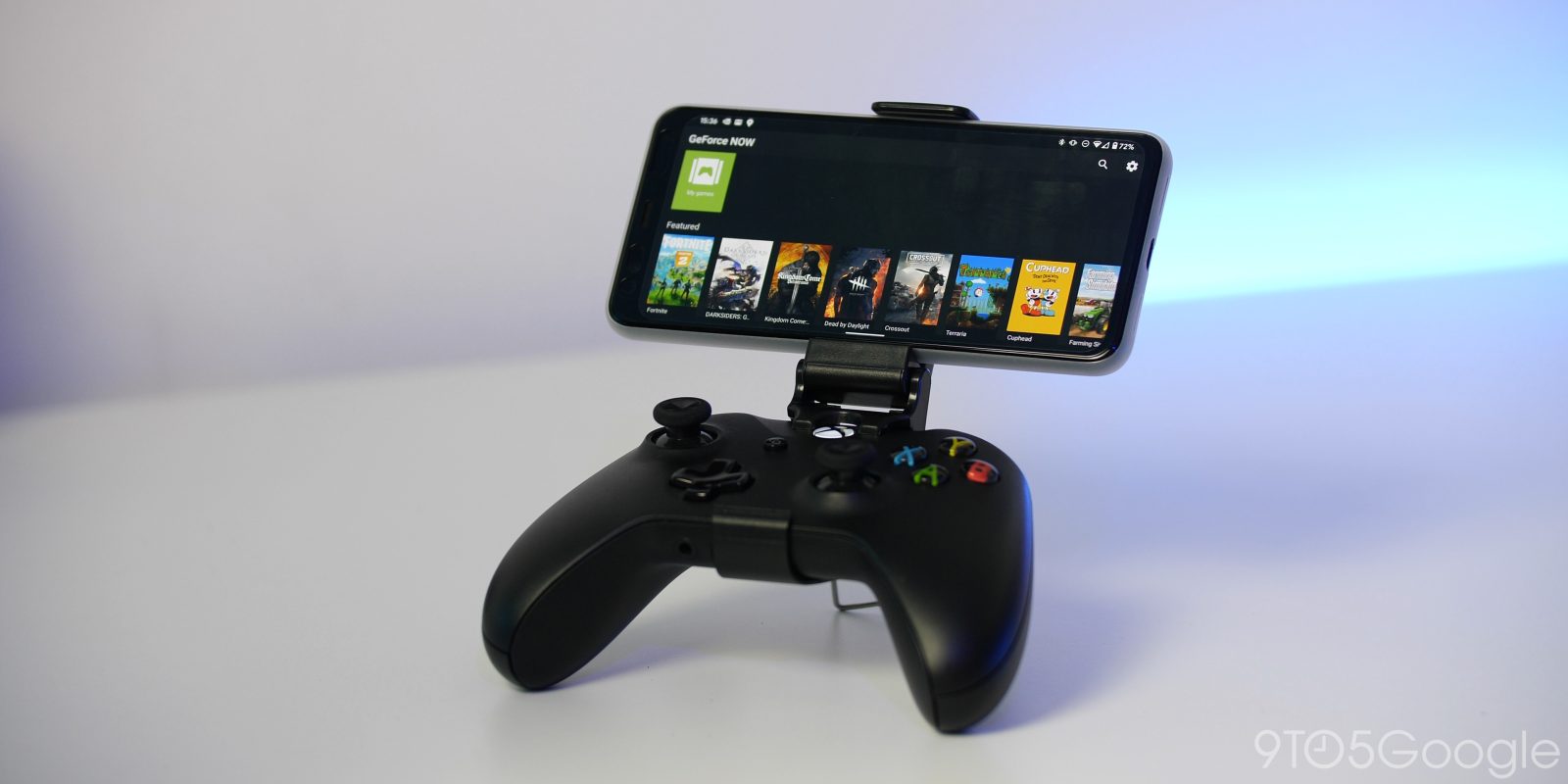 The game-streaming wars are starting to heat up, as now Nvidia has joined the battleground with the full release of Nvidia GeForce Now on mobile, desktop, tablet, and technically its own Android TV devices.

Google Stadia was met with a lukewarm response, which we suppose was sort of warranted. Performance has settled and the game library is steadily growing. It launched feeling like a beta test but Nvidia doesn’t have any real excuses. It is a fully fledged service that has already been in beta for quite some time prior to a full launch.

It differs in that GeForce Now already has a substantial library of titles for you to play. However, you need to already own them on your PC on Valve’s Steam, EA’s Origin, Epic Games’ Epic Store, or Ubisoft’s UPlay. However, there are a ton of free-to-play titles that you can load almost instantly and game on your smartphone, tablet, desktop or even Nvidia Shield TV.

This is not like Steam Remote Play in the sense that Valve’s platform relies on your already existing hardware. GeForce Now is a cloud-connected PC that uses high-end parts to provide the optimum experience and relies on your existing game library.

If that all sounds somewhat familiar, well, it’s essentially what Google is doing with Stadia and potentially makes this the closest rival to the streaming service right now. GeForce Now does already include a free-tier already though, which we’re still waiting for on Stadia. With that in mind, we’ve gone hands-on* to better understand just what Nvidia GeForce Now offers gamers on the go. 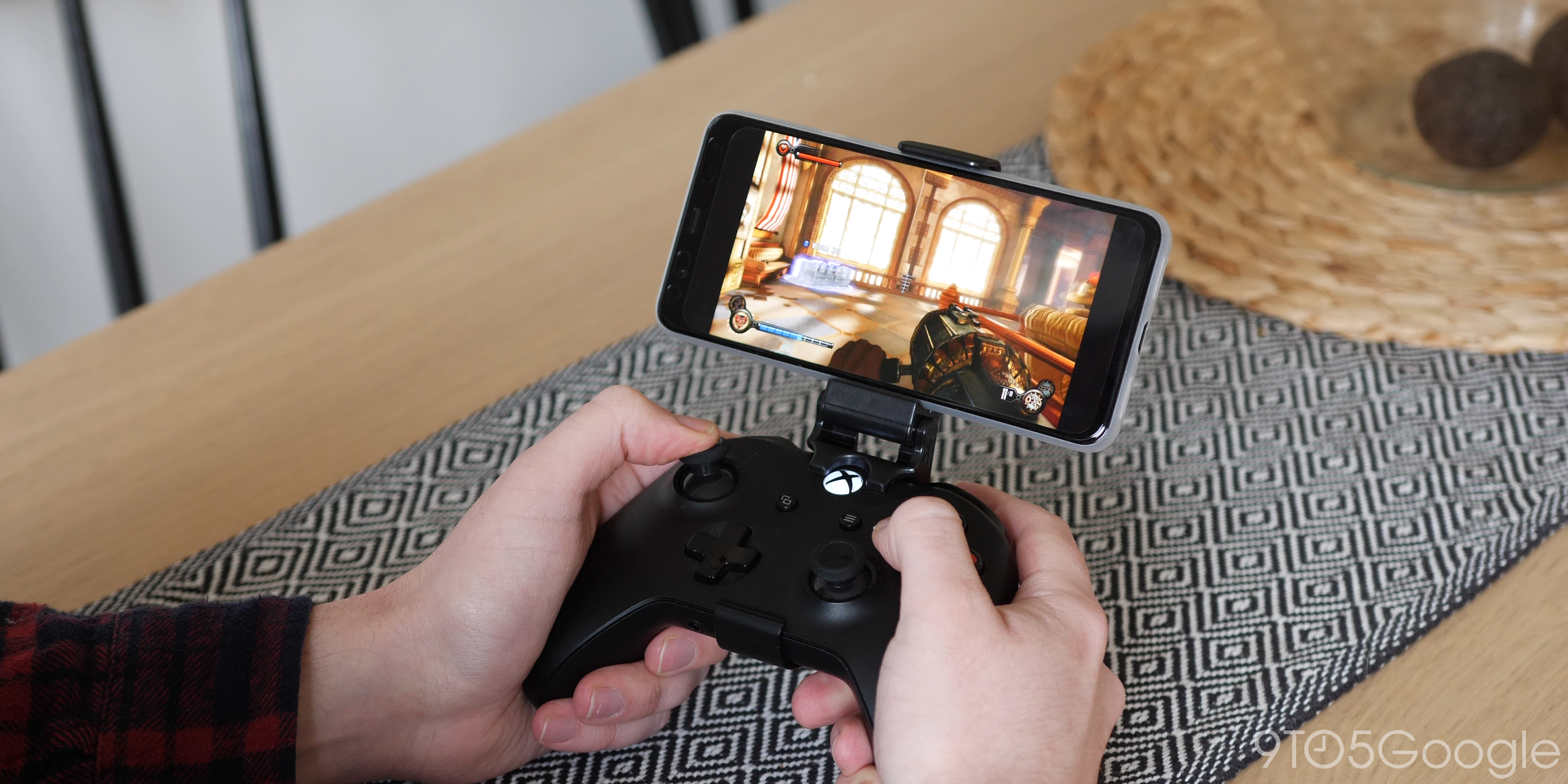 Similarly to Stadia, there is technically no hardware with GeForce now. It relies on your existing hardware and your internet connection. Like Stadia, you can run the streaming service on basically anything you can connect to the internet. At present, it has a far wider number of compatible devices, too.

You will need to download the GeForce Now app on your desktop, laptop, tablet, or mobile. It already comes preinstalled on Nvidia Shield TV hardware. Once you’re logged in, it’s not necessarily plain sailing, as it relies heavily on other game platforms as the “library.”

To play games, you will likely need to already have an Epics Games, EA Origin, Steam, and/or Ubisoft UPlay account. Not only that, you’ll need a library of titles, or you’ll have to buy a few. Without those precursors, you won’t get a great deal of enjoyment from GeForce Now. However, this isn’t unexpected, it’s more of something to note before you wade in.

Some titles are also not yet “optimized” for the service, which makes them unplayable — even if they are in your game library already. You will need to check on a game-by-game basis in some instances, which might instantly put you off the service. 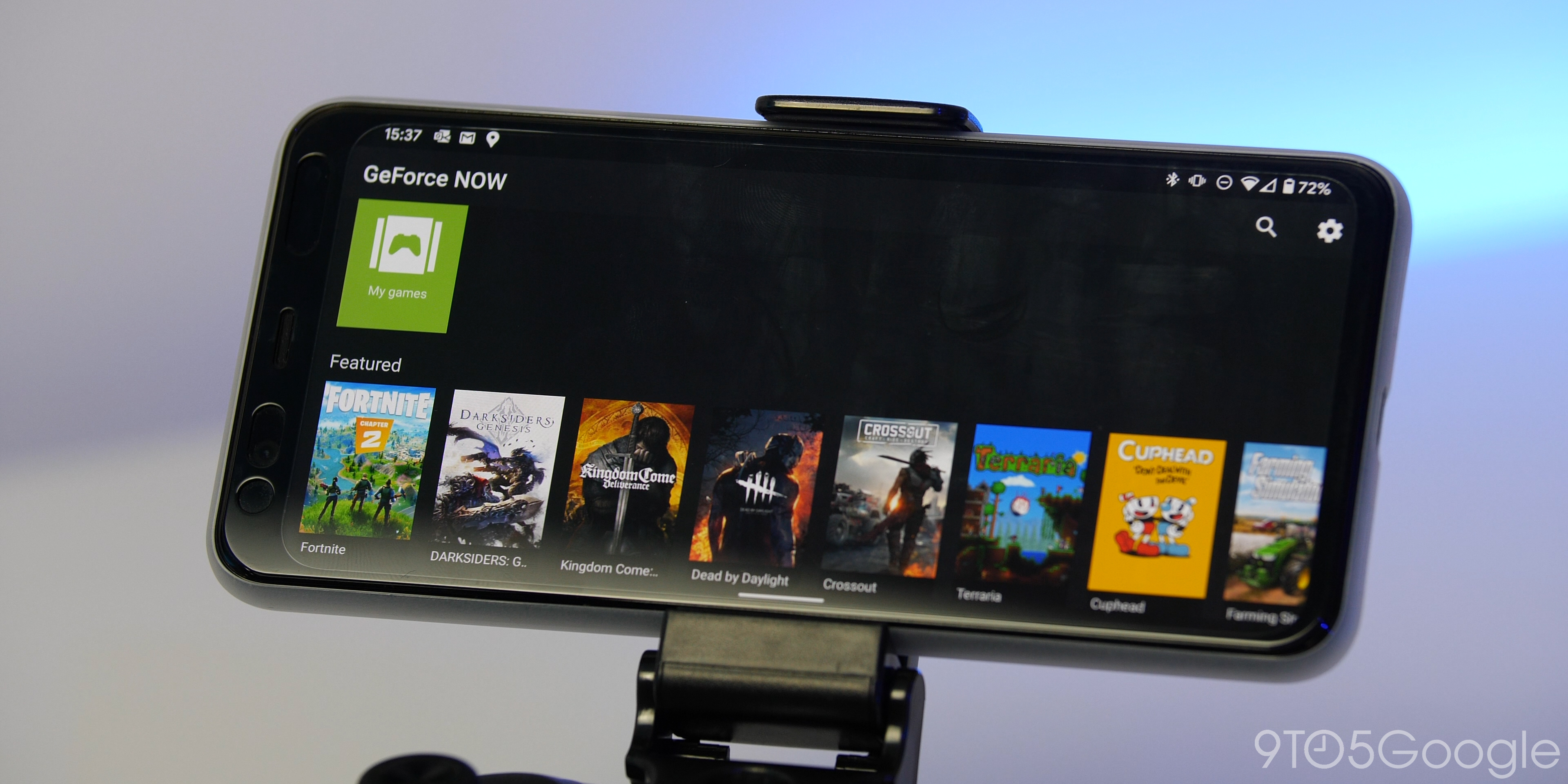 The interface varies from desktop to mobile. On a desktop, Nvidia GeForce Now feels a bit like the Epic Games store, and I must admit is far better than the recent Steam update. On mobile, it resembles xCloud very closely — at least before launching into a game.

When you launch into a game from Steam, it will launch in “Big Picture” mode, which is optimized for use with a controller. This helps you navigate menus without a mouse and keyboard. It will vary from service to service, with Origin needing an on-screen mouse to navigate to your titles. The process of signing in to game services each time can become tedious, too. Hopefully, this is something Nvidia can improve over time.

To add titles, you will have to search for your games manually, which might be a little annoying, but it’s still relatively easy to “build” your quick launch section. When you add a game to your library, it “installs” to what is essentially another instance of a PC somewhere in a warehouse. The process is instantaneous, which was pleasantly surprising.

This poses some issues though, as not all games will launch from Steam. Origin, UPlay, and Epic Games all have their own launchers and exclusives. If GeForce Now chooses that you will launch from Epic over Steam, you simply won’t be able to play some titles, for instance. I tried to get around this by trying to launch titles from within each closed “instance” of Steam, and it would simply fail, actually shrinking the potential game library even further. 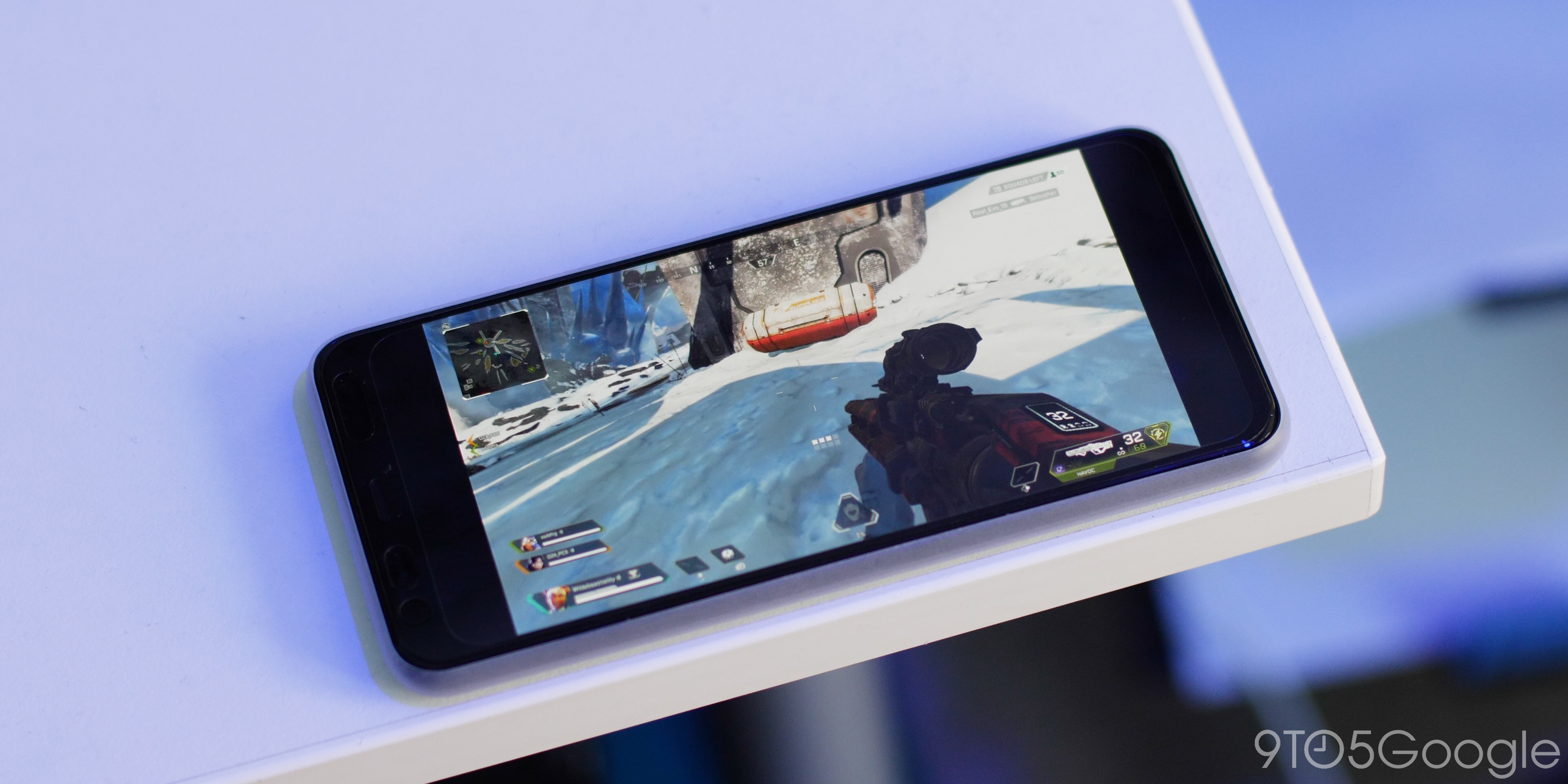 Games will load in the 16:9 aspect ratio, which means that on most recent smartphones, you’ll have black borders at the edges of your display. It means that certain game titles can feel a little cramped or congested. This becomes even more awkward if you use the on-screen controls. But having these available does mean that you don’t actually need to even take a controller with you to enjoy most of your game library — although I found the setup hard to get used to, so avoided playing using them where possible.

With a controller plugged in, most games that support specific layouts will run more or less as you’d expect. Unlike console gaming or with Stadia, you gain the ability to tune graphical settings, just as you would on PC. That means that you get what we’d probably call the true experience of most games that are compatible with the service. 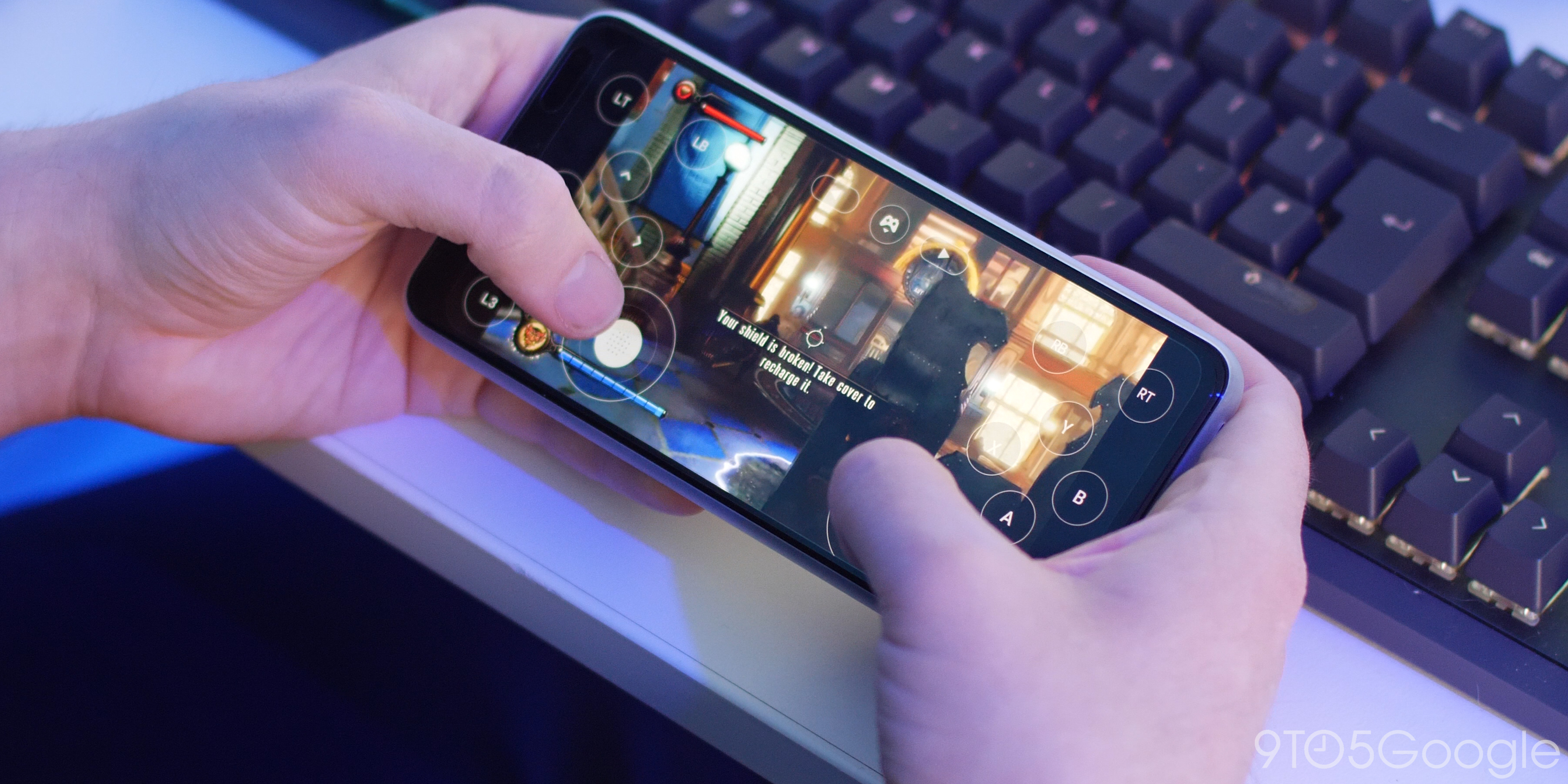 When gaming on a 300Mbps connection, as you can imagine, it was as smooth as silk when playing on desktop or mobile. With a perfectly capable gaming PC, I mainly stuck to gaming on my Pixel 4 XL, and the experience was excellent when connected to my home Wi-Fi. Like Microsoft’s xCloud, you can also play your library of titles on a mobile data connection, and I had similarly mixed results.

The quality seemed to dip quite substantially, and games would turn into a laggy mess. As I mentioned in my xCloud hands-on, this is not too much of an issue in single-player titles, but when playing free-to-play multiplayer titles like Apex Legends or Fortnite, one moment of lag can mean the end of a gaming session.

With the Founders subscription, you can play games with ray tracing enabled. No other service can offer real-time ray tracing, but given that I played mainly on mobile, it was hard to tell if a noticeable difference was made by enabling the extra graphical setting. 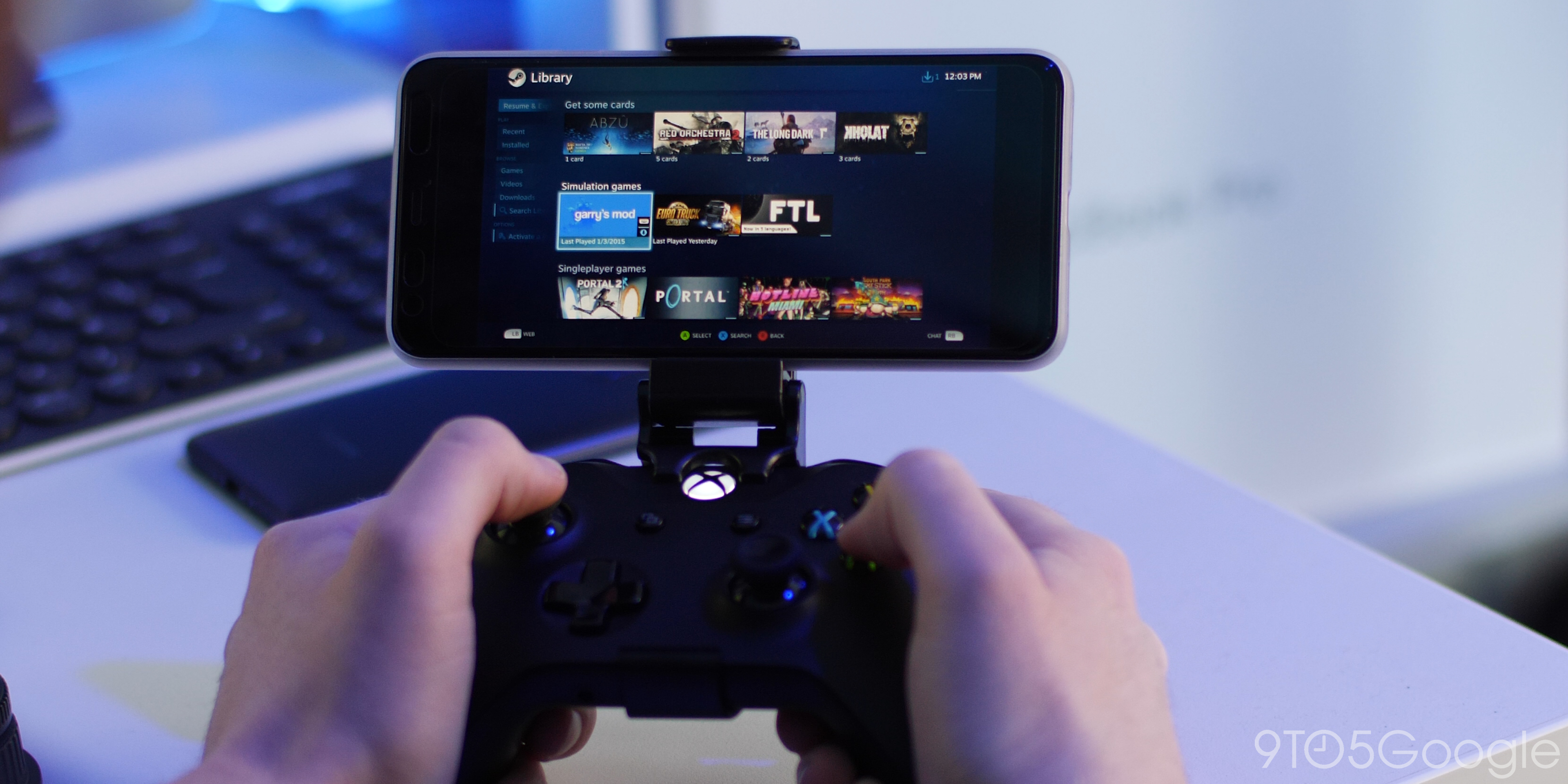 Nvidia GeForce Now is a great way to expand your PC gaming experience to mobile and beyond. It has all the same strengths of most cloud-gaming services in that you’re not bound by your hardware. The only limiting factor is your network connection. Latency is still the biggest killer with any cloud service. 5G is still in its infancy, but I can’t help but be excited by true triple-A gaming on almost any device.

Of the already available services and those in preview, GeForce Now has the largest game library by some margin. It also benefits from having some of the most popular free-to-play games on tap and without any need for a mobile port. Developers don’t have to port games to Stadia or xCloud, but I was unable to find some of my favorite indie titles from my Steam library — which was disappointing but not too much of a big deal.

The interface — or multitude of interfaces — is the poorest of any that we have tried, though. If you are comfortable on your PC, it’s not a big deal, but the process of having to log in to game services each time you want to play gets frustrating after a while. It bogs down the process of just playing games, but I wouldn’t call it unusable by any stretch.

To me, the most obvious massive draw is undoubtedly the free tier. It means that you don’t need to part with any cash to enjoy your existing game library at 1080p resolution for up to an hour at a time. Even if you’re not sold on game streaming just yet, what have you got to lose? The paid-for “Founders” edition costs just $4.99 per month, too — and includes a three-month free trial — and gives you priority access to the service for up to four hours at a time.

Of the three gaming-focused streaming platforms available out there right now, GeForce Now is undoubtedly the most complete — but that isn’t saying much. If you do want to try GeForce Now for yourself, you can join for free here.