Lenovo owns Motorola, but the company has its own brand in the smartphone space, too. Now, though, Lenovo’s “Legion” brand known for its gaming laptops may also be making the jump to a gaming phone.

In a teaser posted to Weibo, Lenovo not-so-subtly teases that it will soon debut a gaming smartphone under its “Legion” brand. In the PC world, the Legion brand has become the center of Lenovo’s gaming efforts. The company has debuted desktops and laptops that offer a ton of power for gamers, often for prices that are very competitive.

As for what the Lenovo Legion gaming phone might offer, we don’t really know much. The only thing this teaser directly confirms is that this device will be using the Snapdragon 865. That’s expected of most 2020 flagships, but it especially makes sense on a device marketed toward gamers.

Further, this device is rumored — according to Pocketnow — to include a 144Hz display, DDR5 RAM, and UFS storage, too. Again, these all make sense for a gaming device, so the rumors will probably turn out to be true. As for pricing and availability, we’re still not sure, but the latter will probably be China-only as with most of Lenovo’s smartphones. In that market, it’ll compete with devices such as the Black Shark. 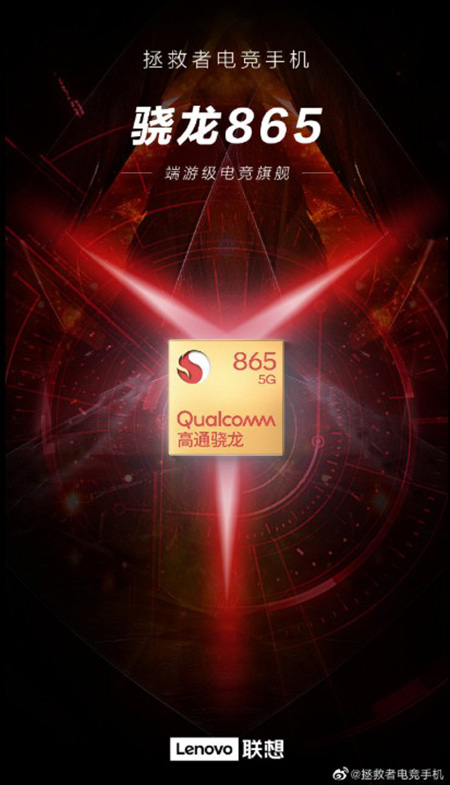