Rumored for the past several years, Google’s entry into gaming was made official this March. Stadia was slowly detailed over the next eight months and it’s today officially launching for the first gamers in 14 countries.

Stadia is a game streaming service that leverages Google’s vast cloud infrastructure to deliver AAA titles over the web without needing specialized hardware. This truly is an ambitious effort that follows in the footsteps of the company’s other large platforms: Search, Chrome, and Android.

Google hopes to bring this form of entertainment to the next billion gamers by removing various limitations that exist today. All that’s required to play Stadia is the Chrome browser that’s available on any entry laptop or desktop. Gone is the need to purchase a console up front, while Stadia does away with large updates over the life of a traditional box.

Powered by the web

Besides desktops, Stadia is available on televisions and mobile devices. The former is the best way to experience the service at launch. For most people, their best screen is the largest and what they most associate high-end gaming with. This is done via the Chromecast Ultra, while the only piece of new hardware from Made by Google is the Stadia Controller.

Unlike traditional accessories, this Controller connects to Google’s servers directly over Wi-Fi. Your commands are sent to Stadia and those actions are reflected back on the Chromecast-connected screen.

But here lies the big technical challenge. Stadia requires at least a 10Mbps internet connection, which only provides 720p quality at 60FPS with Stereo sound. Double that connection provides 1080p with HDR video and 5.1 Surround sound, while 35Mbps is needed for 4K resolution. This consumes anywhere between 4.5GB to 20GB of data per hour of gaming. 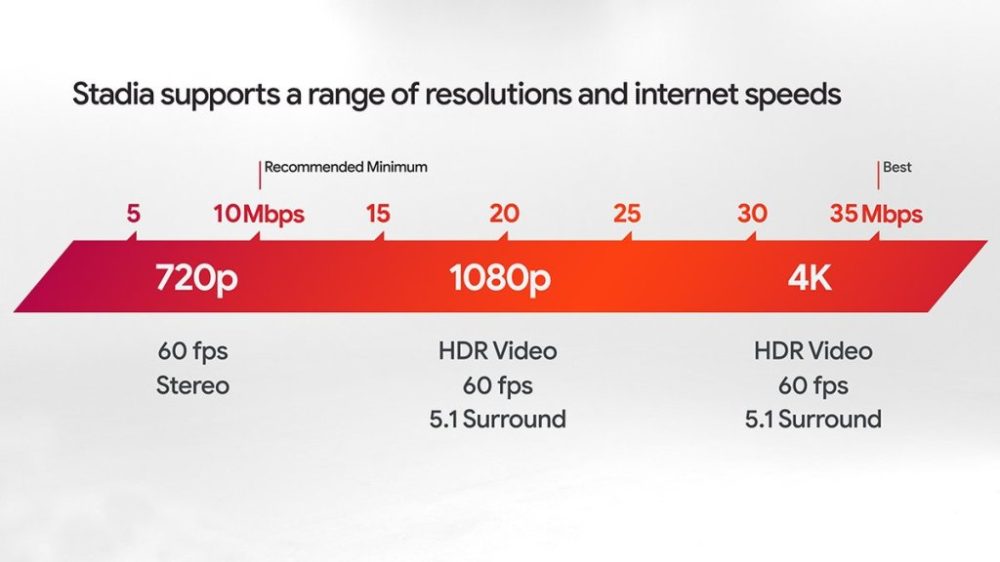 For its part, Google is leveraging the data centers and networking infrastructure already in place to power its existing cloud services. The actual Stadia hardware consists of custom Intel CPUs and AMD GPUs that are more powerful than the Xbox One X or PlayStation 4 Pro at 10.7 teraflops of performance.

Televisions are the only form factor that support the wireless Stadia Controller at launch. Otherwise, the first-party device has to be connected over USB to a desktop or phone. Only the Pixel 2, Pixel 3, Pixel 3a, and Pixel 4 support mobile gameplay at the start, while Chrome OS tablets are also compatible. iPads, iPhones, and non-Pixel Android devices are not supported yet, but all can run the Stadia companion app to manage games and settings.

On the software front, Stadia on launch day is lacking features like game achievements, family sharing, and more advanced Assistant integration beyond starting games. Google hopes to update Stadia with new functionality on a weekly basis.

You can still purchase the Premiere Edition kit to play on Stadia this year. It includes a Controller, Chromecast Ultra, and Stadia Pro for the same price.

Not Netflix for games

To get the most out of the service, Stadia Pro is required. For $9.99 per month, you can play games in 4K graphics and receive a free title roughly every month — the first being Destiny 2: The Collection and Samurai Shodown. 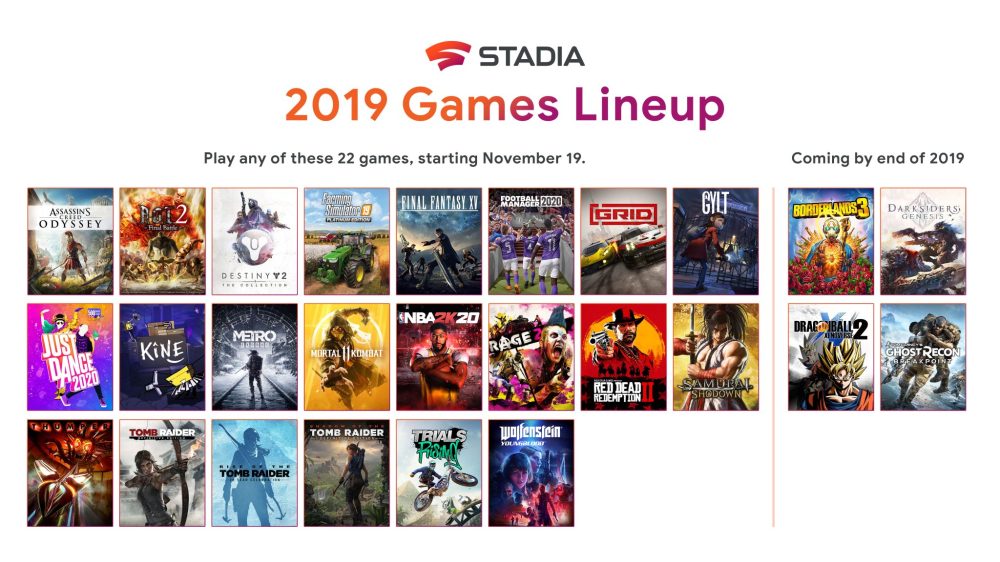 Sometime in 2020, Stadia Base will provide free access to the service at 1080p resolution without having to pay a monthly subscription. You’ll still have to purchase games just like any other console or service. On launch day, 22 titles are available after a last-minute push. Publishers are offering their own monthly subscriptions on top of Stadia, with Ubisoft planning Uplay+ for next year.

Playing high-end games on the web is already ambitious, but Google sees this approach as allowing for next-generation gaming that could include smart non-player characters leveraging Google Duplex. Given that there is no physical hardware limitation, Google imagines massively multiplayer games that were never possible before. The first-party Stadia Games and Entertainment studio is tasked with developing games that take full advantage of the cloud platform. 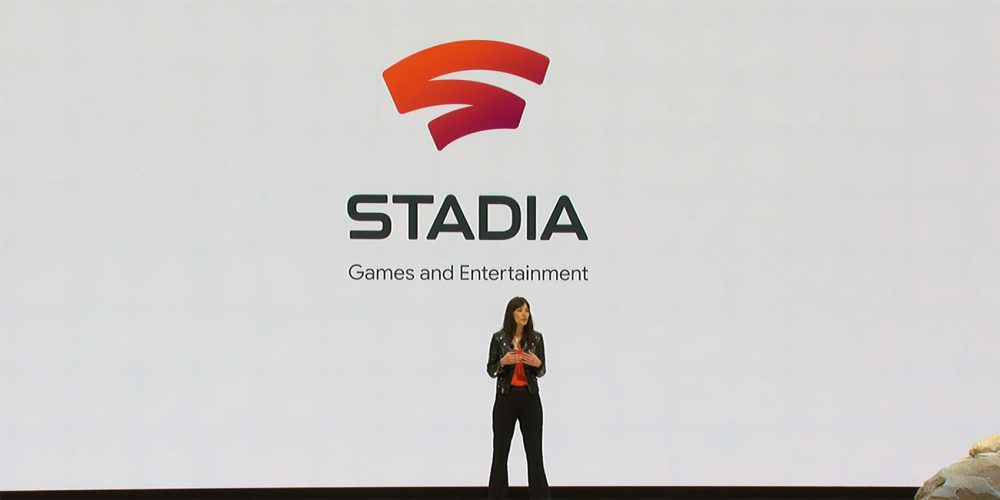 Given the rate of technological progress in processing and connectivity, a service like Stadia is inevitable down the road. The question on Stadia’s launch day is whether Google — who is arguably in the best technical position — can pull this off now. If so, they will be first to a new industry. Otherwise, Stadia will go down as a technology that came before the world was able to catch up.