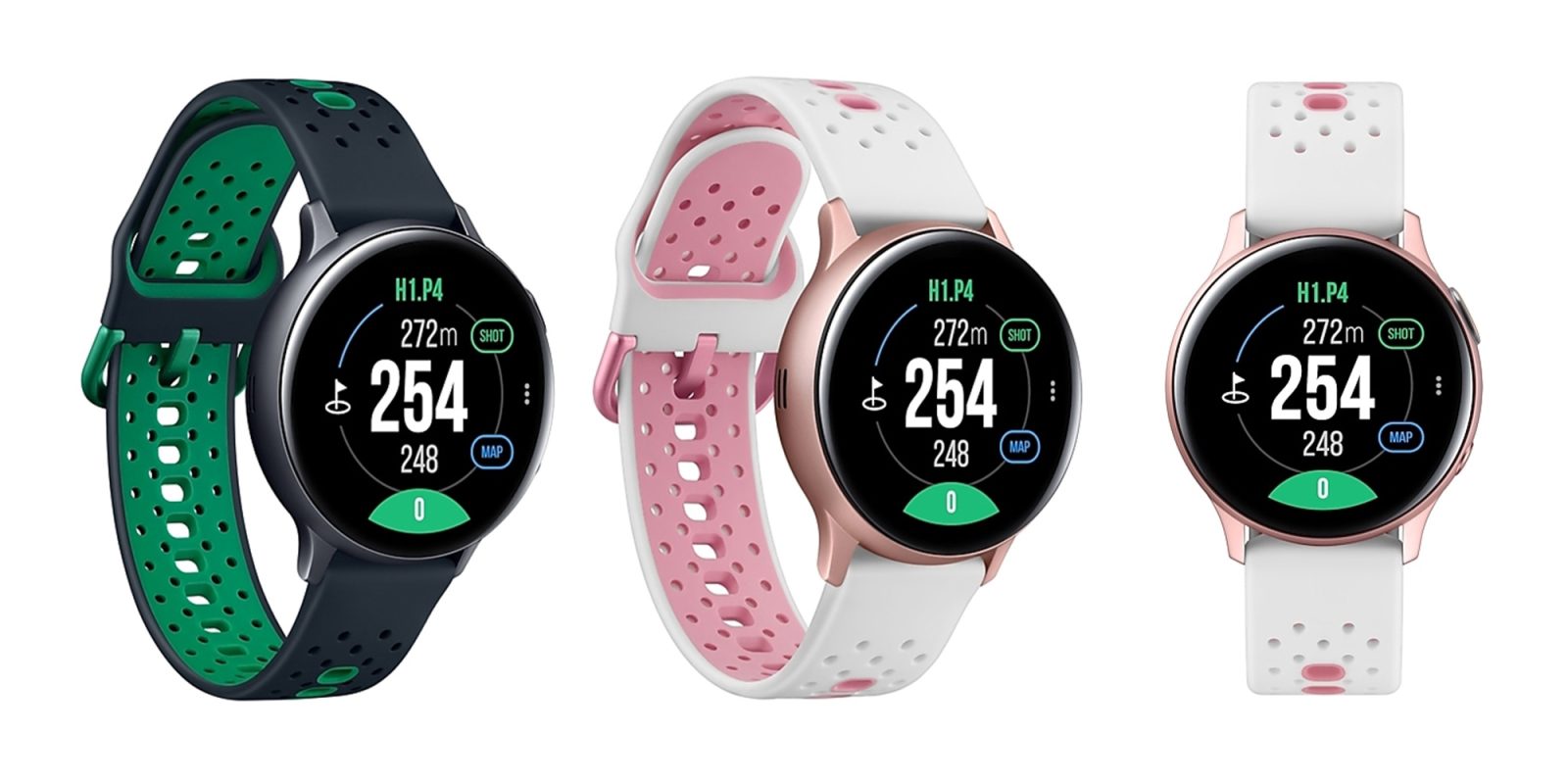 Both of the new models offer slightly upgraded externals and some extra software for the special golfing version of the Active2. The LTE Aluminum version gains the ability to connect to wireless networks, place calls, and send text messages (via The Korea Herald).

Aimed at the avid golfer, the Galaxy Watch Active 2 Golf Edition comes with enhanced golf shot distance measurement tracking. On top of that, it also comes with a version of one of the most popular round-tracking apps built-in. The Smart Caddie app will come pre-installed and includes detailed links and course layout information on more than 40,000 golf courses worldwide — all for free.

Appealing to golfers of all types, the Galaxy Watch Active2 Golf Edition will be available in two versions: a 44mm casing in Aqua Black or 40mm casing in Pink Gold. Pricing will start at KRW 359,700 won ($295) for the 40mm option, while the 44mm variant will cost 393,700 won ($323). Both models will come with a lightweight rubber golf strap as standard, with a more breathable design and strong waterproofing from sweat and rain.

Samsung has confirmed that the Golf Edition of the Galaxy Watch Active2 will be available in the United States and UK. The LTE Aluminum version will be also sold in Europe and some Asian countries. Although no timeframe was given for potential release dates.