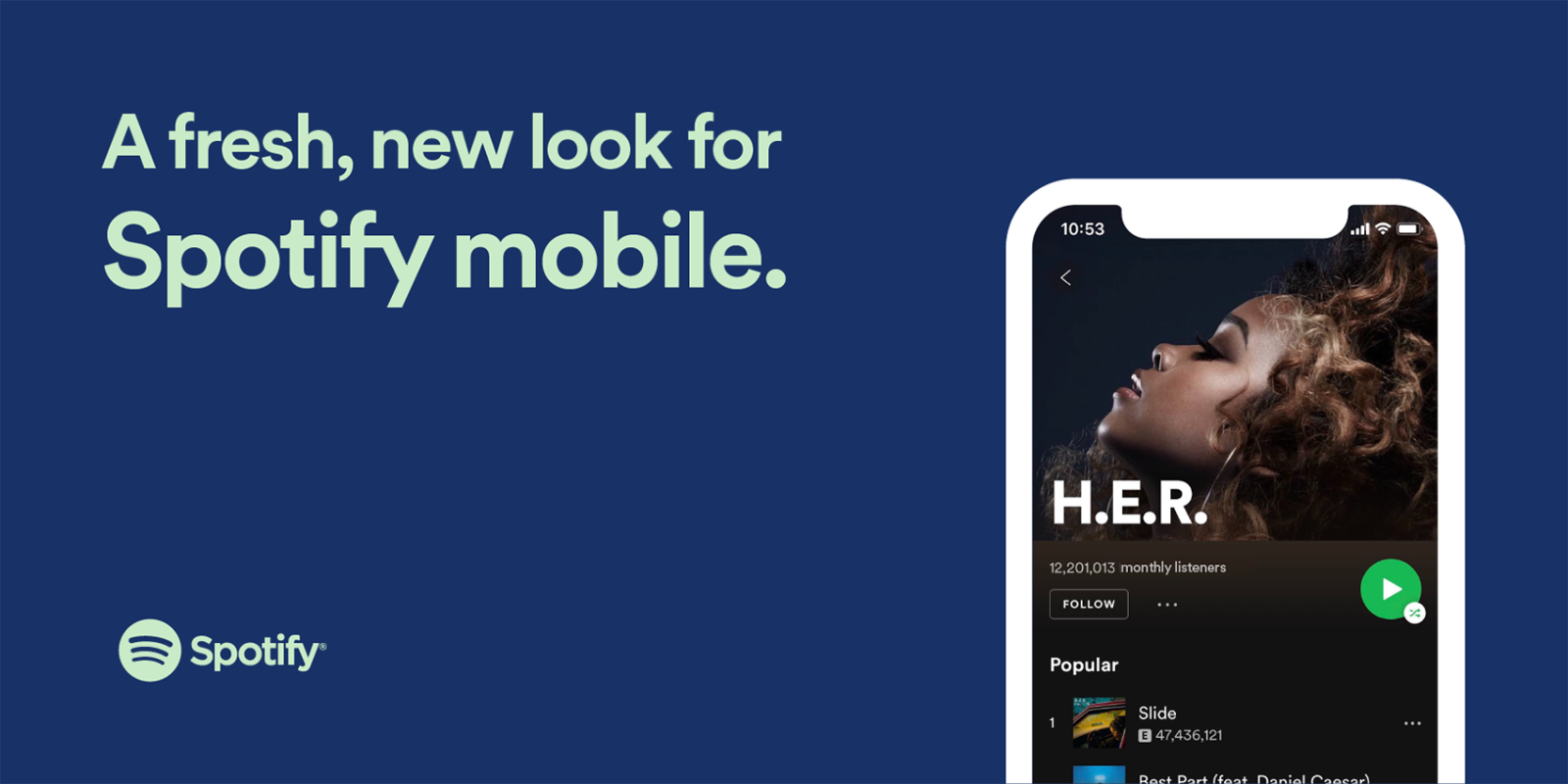 Today, Spotify announced a few notable changes to its mobile app and they’re already rolling out for iOS users. Are you an Android user who wants this redesigned Spotify? Well, all they’ll tell us is that it’s “coming soon.”

What’s new in this “revamped” Spotify mobile app? In a blog post, Spotify only shares a glimpse at the new UI, but highlights three key changes.

First, there’s a new “Shuffle Play” button which, instead of a log bar, is a smaller green play button which also has a shuffle icon over top. It’s a really slick look if you ask me. Further, there’s a new “Action Row” that includes options for likes, downloads, and other functions. Spotify explains:

All actions, including ‘like,’ ‘play,’ and ‘download’ for Premium users are grouped in a row at the central part of the screen. Plus, downloading for listening without Wi-Fi (for our Premium users) now has a new icon—the same one we’ve been using for podcasts. Plus, the new row is your one-stop-shop for everything you’ll ever want to do one-handed—the experience is much more adaptive and responds to the size of your device.

Finally, Spotify also highlights a revamp of “track rows” in all areas except the album view. Now, you’ll see the cover art of an album in areas such as playlists, search, and your library. Spotify believes this will make it easier to navigate the app and find the songs you want. Plus, there will be a heart button next to any songs you’ve saved to your library.

This new design is already rolling out on iOS to both Spotify Free and Premium users, but in its announcement, Spotify was silent on an Android release.

Speaking with 9to5Google, Spotify was only able to confirm that this redesign is “coming soon” to Android, but there’s currently no date which can be shared. This is usually the case with Spotify’s app changes that debut first on iOS, but it’s certainly a little disappointing that they’re not coming to both platforms at the same time.

We’ll update this post as the new UI is available for Android users.