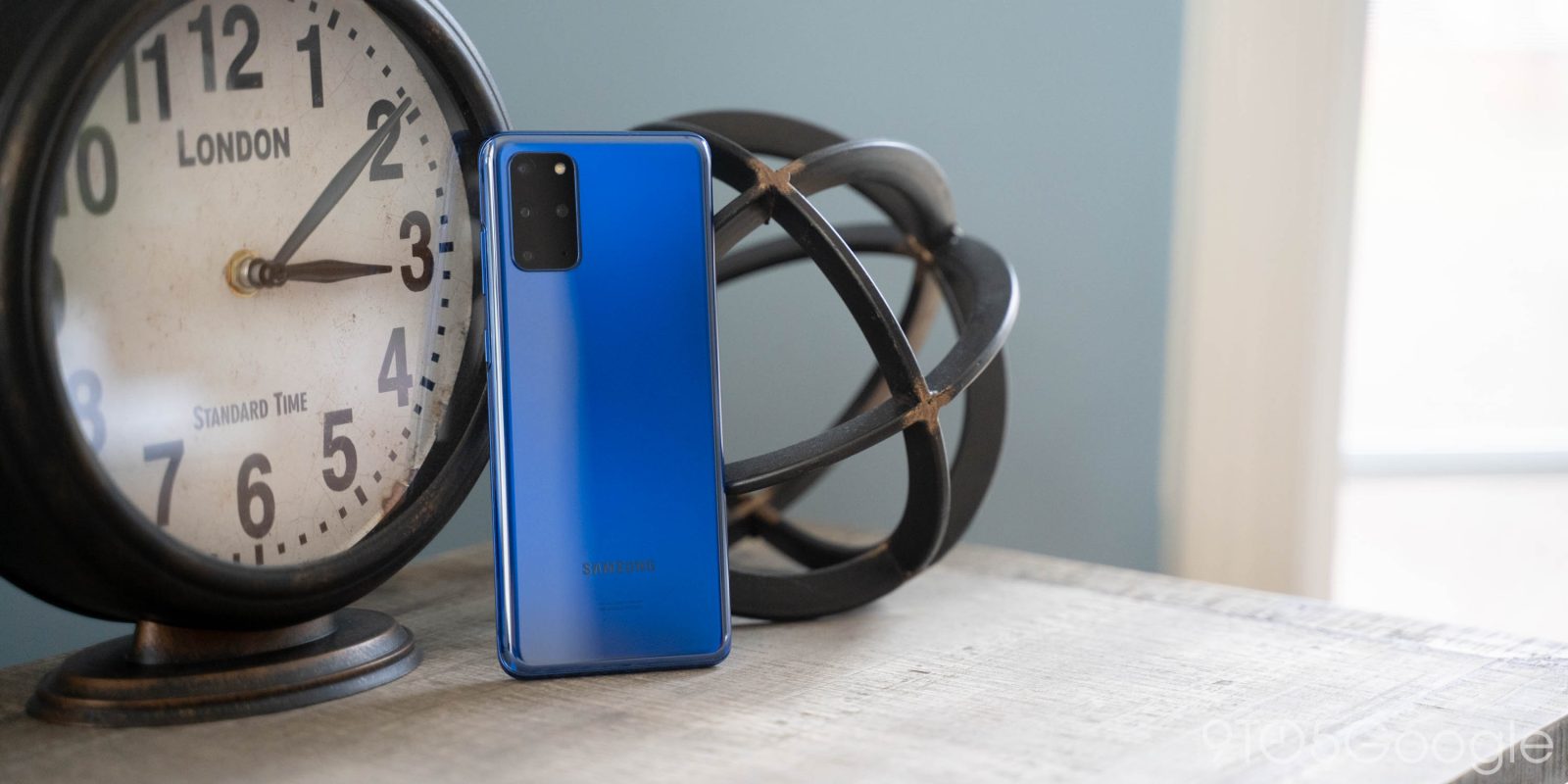 Samsung’s Galaxy S20 series goes on sale this week and, at the time of writing, a lot of those who pre-ordered are already getting their hands on these new smartphones. I’ll be working on full reviews of the Galaxy S20/+ and Galaxy S20 Ultra over the next week or two, but I’ve had my hands on the S20+ for the past 24 hours and I’ve got a few thoughts to share.

To quickly round out the Galaxy S20 series, Samsung has three models this year. There’s the smaller S20 and the larger S20 Ultra, but also the Galaxy S20+ that sits in the middle of the two both in size and price. That’s the one Samsung sent out to me for review and that I also personally purchased to use as my daily driver.

So far, I’ve been using the Galaxy S20+ and I’m pretty happy with it. The software feels blazing fast, the 120Hz display is absolutely gorgeous, and the battery life is so good that I didn’t bother charging it the first night. However, there are some big pros and some big cons I noticed in the first 24 hours that I’d like to talk about.

Let’s start off with the good. I’ve had my hands on two different S20+ models so far, the standard black and the gorgeous Aura Blue. That second one is exclusive to Best Buy and, if you ask me, it’s worth buying through the retailer to get your hands on it. It’s striking in person and unarguably the best S20 color. 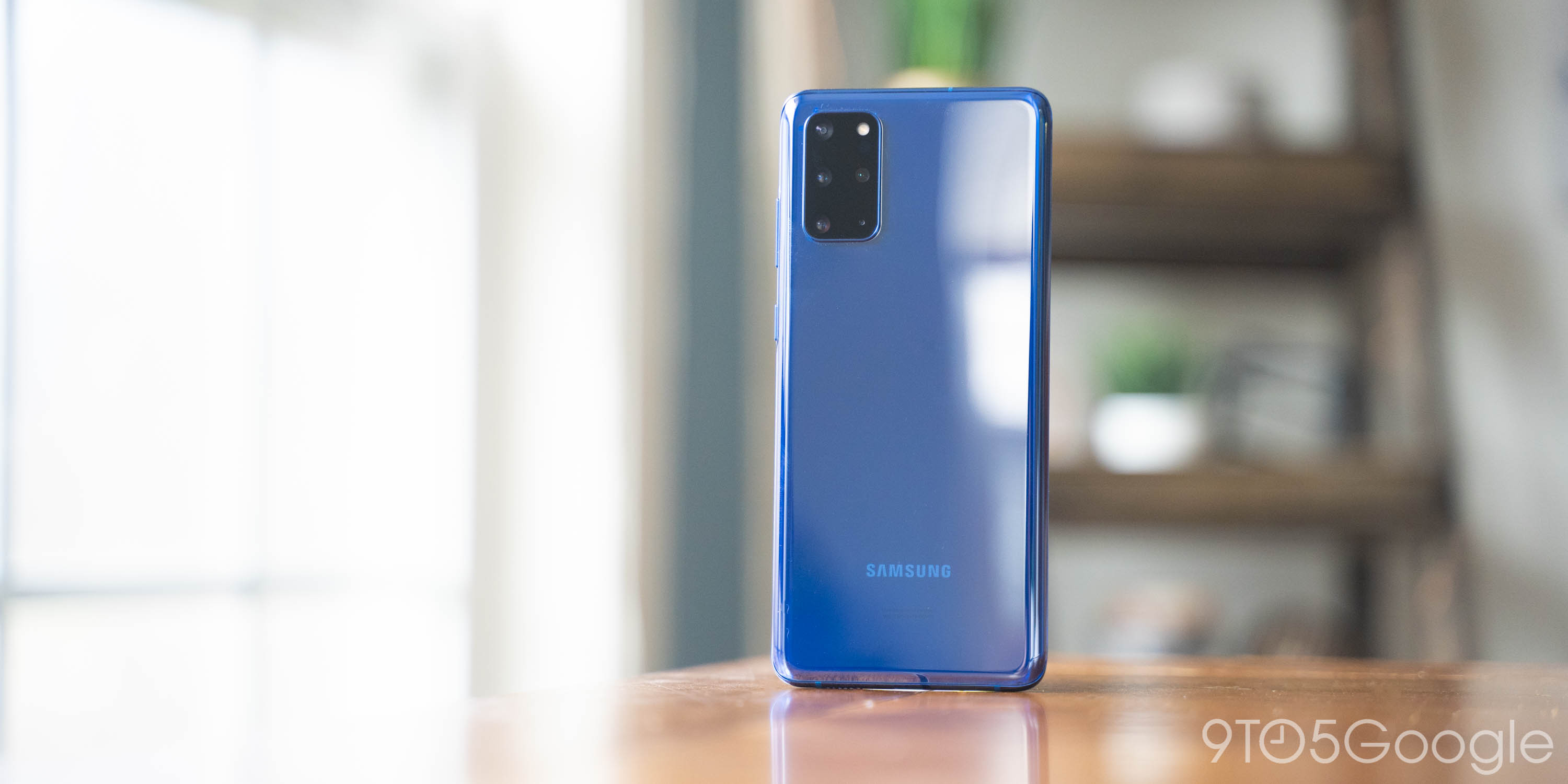 The hardware, as usual, is also really nice. It’s a bit glossy for my taste, but the metallic frame feels sturdy and the glass back, while just as much of a fingerprint magnet as ever, is really nice. The Galaxy S20+ also strikes a nice balance on size for me as it fits in my pocket well without being too big — something I don’t think I’ll be able to say about the S20 Ultra later this week.

What else is good? That display. The colors are gorgeous, the brightness is a massive upgrade from my Pixel 4 XL, and the 120Hz refresh rate feels great compared to past Samsung phones. I can’t say there’s much of a noticeable difference from my 90Hz Pixel, though.

I also really appreciate that Samsung moved the selfie camera to the center this time as the right-hand location irked me on the Galaxy S10 last year. 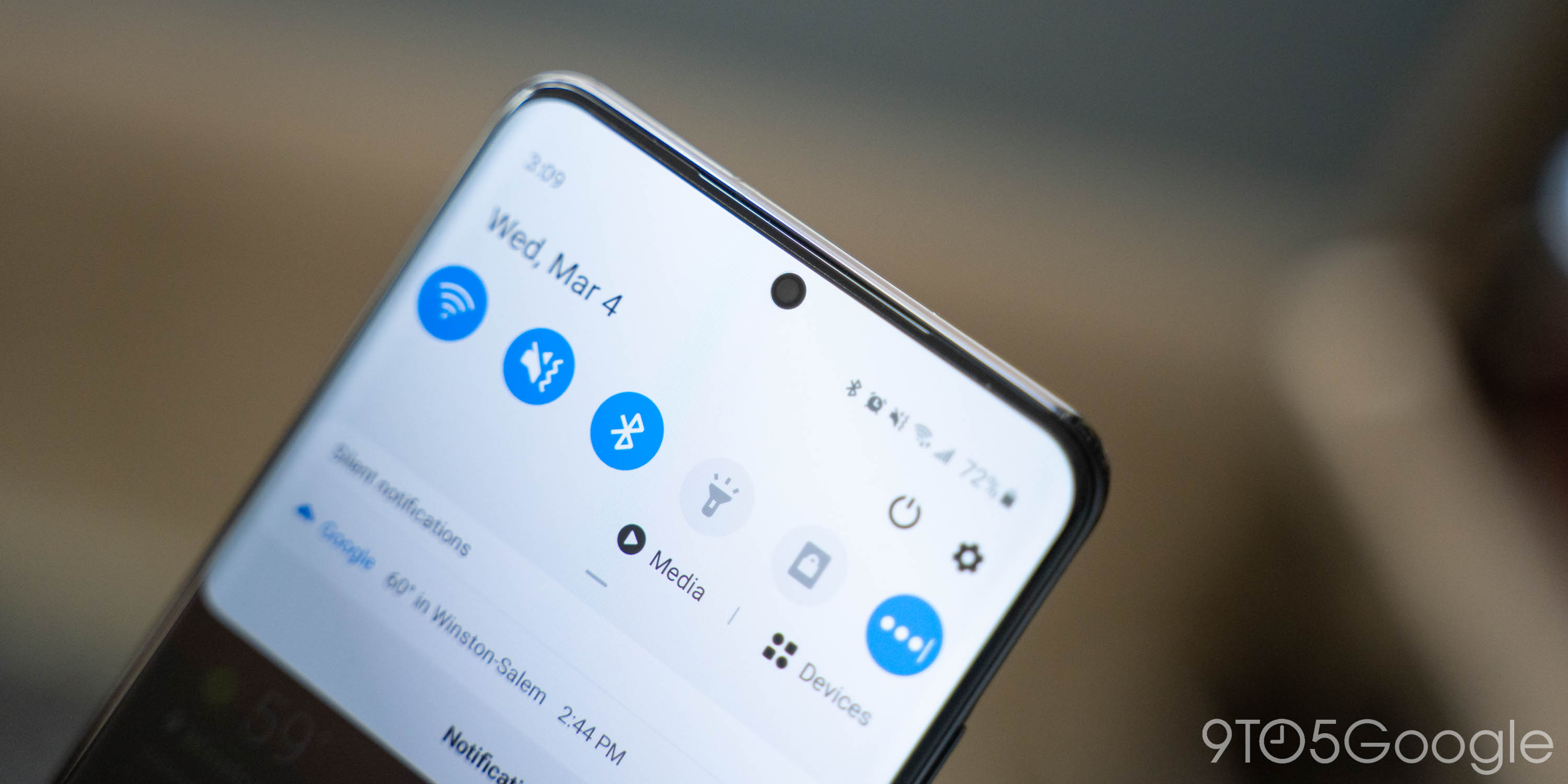 As mentioned earlier, too, the battery life was really good on day one. I ended up having to use the device more than I usually would for reasons I’ll explain below, but by bedtime I still had nearly 40% remaining, leaving me to just not charge the phone overnight. This morning, I plugged it into the included 25W charger before going out and it was at 90% in what felt like just a few minutes. That’s something I could definitely get used to.

Alright, now let’s talk about the bad. The number one thing that’s annoying me about the S20+ so far is the fingerprint scanner. I’m all for fingerprints, but in-display sensors just aren’t a good idea. They’re slower than rear-mounted sensors without any security enhancements.

These exist basically for no reason other than aesthetics, as the 1% of people who buy Android phones complain about any form of bezel whatsoever. I would much rather have a bit of bezel housing the sensors needed for face unlock because Samsung’s camera-based implementation is still laughable. 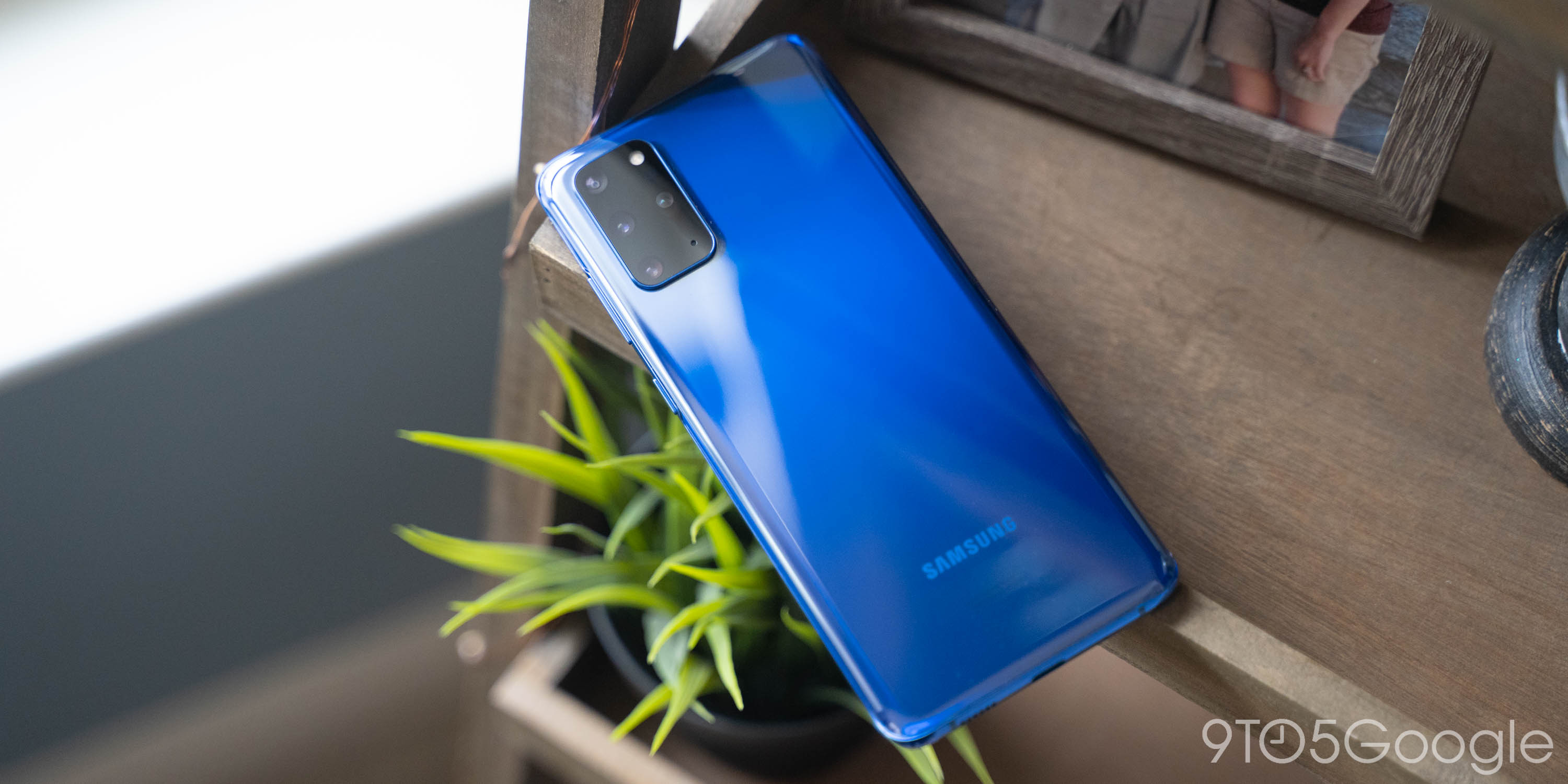 Is the fingerprint sensor on the Galaxy S20+ at least any better? Well, it’s the same sensor, so not really. I have found, though, that I’m getting fewer errors compared to the S10 and Note 10, though, simply because Samsung changed the placement.

Another negative for me is the camera, unfortunately. Back when Samsung announced these phones and I got to play around with them at Unpacked in San Francisco, I was really excited by the idea of Samsung changing things up.

Well, consider my hopes crushed. I’ve only taken a few shots so far, but I’ve not been impressed by any of them. The worst, undoubtedly, is a shot of my dog Rey. All of the detail in her fur is smoothed out, leaving me with a shot that looks like someone airbrushed her face. It’s awful.

Shots of non-animal subjects are fine. Below I uploaded a few images taken with the S20+ of trees, another S20+, and a bumper sticker on my car and they’re all fine, but another image of my wife’s cat is left with the same horrible smoothing. What’s especially annoying is that this happens after the shot is taken. In the viewfinder, everything is left super sharp. It’s important to note too that I’ve not touched any settings. This is what photos look like out of the S20 out of the box!

So far, I’m just left unimpressed and disappointed. Hopefully, future updates and several more days using this phone will change my mind but right now, this is just bad Samsung!

Samsung’s software is not bad. I want to preface with that, but it’s been an adventure switching to this device. Samsung Smart Switch, an app that’s supposed to make it super easy to switch from any device to a new Samsung smartphone, simply didn’t work. It copied my photos and files, sure, but I was left to manually install over 100 apps on my S20+ because the app didn’t work and Google’s backup option was crippled on this device.

I’ve also been irked by gestures on this device. On one hand, I love that Google’s gestures are in place on the S20+ and they feel really at home on a form factor like this. However, Samsung forces the very minimal navigation bar to be white even on dark apps — with a few exceptions. Worse, if you turn off the “Gesture Hints” to get rid of that bar, the gestures are rendered essentially useless.

What I’m looking forward to

So, there’s a little bit of the good, some of the bad, and a couple of weird complaints I have about the Galaxy S20+ so far. As much negative as I’ve had to say so far, I’m really excited to keep using this device over the next couple of weeks for a review and, hopefully, as my daily driver after that. 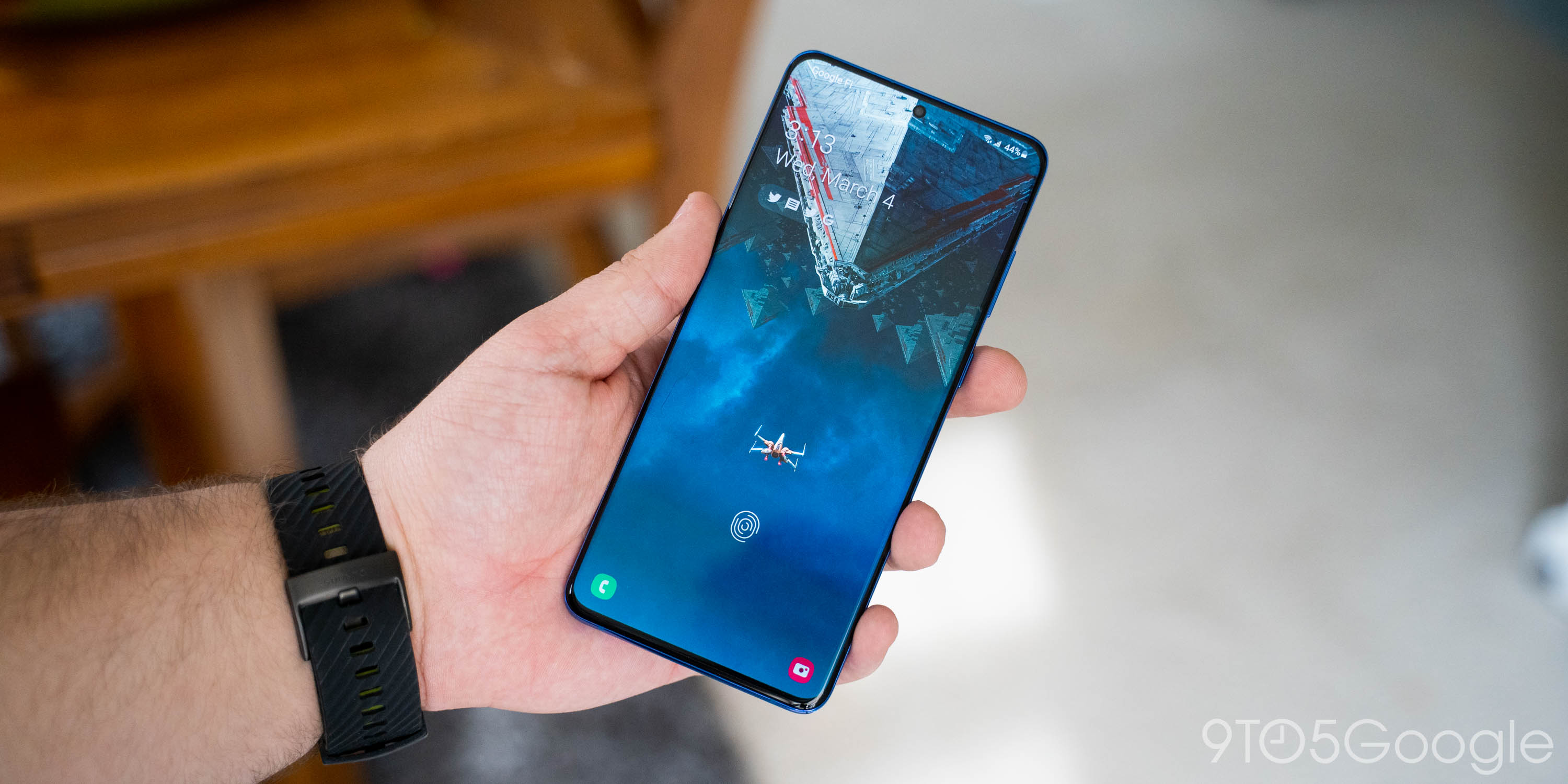 I’m looking forward to Samsung’s upcoming camera update that will hopefully smooth over my complaints, as well as my first taste of 5G connectivity too. I just set up my Google Fi account and as soon as I put the SIM in my S20+, 5G started rolling in.

Stay tuned here to 9to5Google for our full reviews of the Galaxy S20/+ and S20 Ultra — along with a ton of other coverage — in the next couple of weeks.