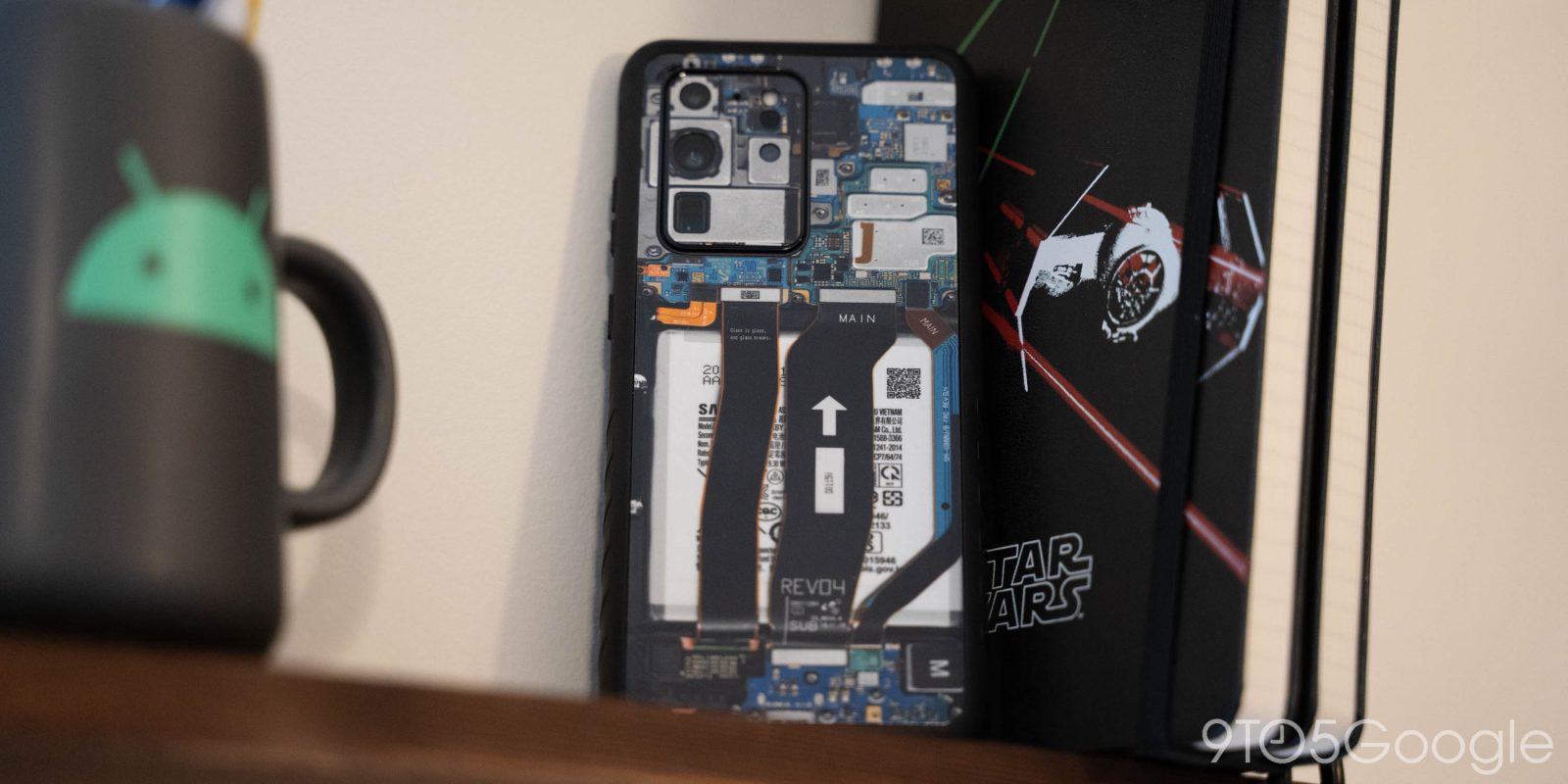 Samsung’s smartphone designs over the past several years have been just getting better and better, with the new S20 series being no exception. However, the S20 Ultra especially suffers from bland color options. If you want to add some life to your Galaxy S20 or, frankly, protect your very expensive smartphone, dbrand’s Grip case has been a favorite of mine, especially with the “Teardown” skin.

First things first, let’s talk about the customization this case offers — it’s arguably the most unique part of this case.

Skins, especially those from dbrand, are a really good way to add some color, neat designs, and grip to your smartphone, but they don’t add a lot of protection. But, sadly, cases don’t usually work with them. That’s what the dbrand Grip solves.

This case is specifically designed by dbrand to use skins for your device. If you have a Galaxy S20 Ultra, for example, you can throw on a Teardown skin, Robot Camo, Swarm, or even just a traditional color using a Grip case. Plus, you can swap out that color at any time for $10.

I’ve primarily been using the dbrand Grip with Teardown and Robot Camo skins on a Galaxy S20 Ultra. With Robot Camo, the case has a matte texture on the back with a busy but good-looking design that I feel contrasts well with the black design of the case. 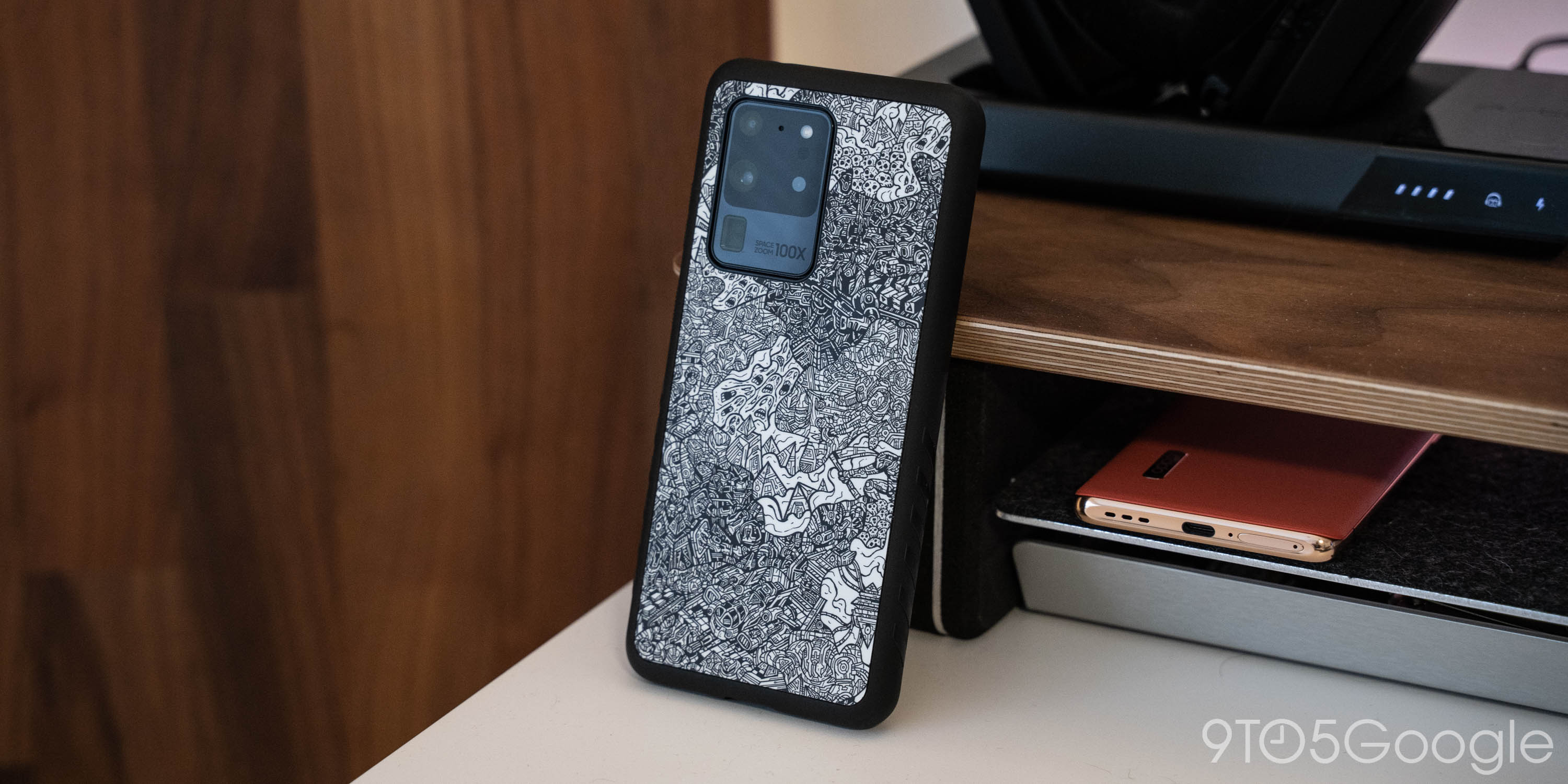 Teardown, on the other hand, provides a look you just can’t get anywhere else. This look was designed in collaboration with popular YouTuber JerryRigEverything. Using a high-resolution scan of the internals of the Galaxy S20 Ultra, you’ll get an accurate look at what’s under the glass on the device from the boards to the cables to the camera sensors themselves. It even ships with a second small skin that goes on the camera sensor. 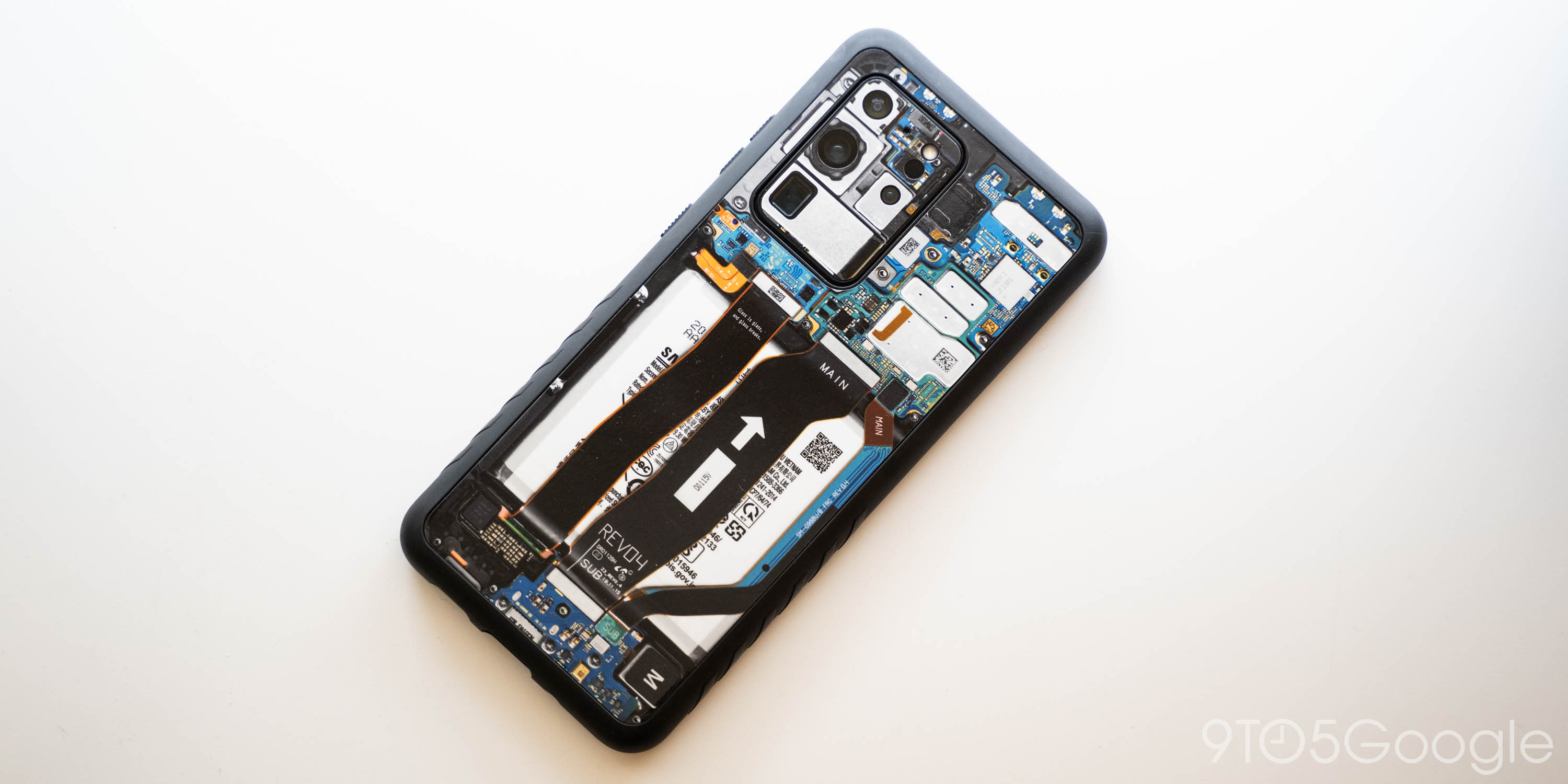 It’s a bit of a shame the Grip isn’t available in different colors, but as they always say, everything goes good with black!

What about protection? After all, that’s why we use cases in the first place. The dbrand Grip for Galaxy S20 is not really a thin case. It has a healthy 2mm thickness along the back — thick enough to hide even the S20 Ultra’s massive camera bump — and inside, a microfiber texture to prevent debris from scratching your phone.

That thickness is just part of the protection, though. dbrand says that the Grip uses “advanced shock-absorbing polymers” for military-grade protection. I can’t say I’ve drop-tested this case myself, but it feels like it can take a beating. The raised lip on the front also uses a special “Cresent Arc” design that keeps the screen safe but also lowers the edges along the sides to keep things working properly with the thin bezels. In my Galaxy S20 review, I mentioned this is a design that demands a case, and the dbrand Grip fits the bill perfectly. 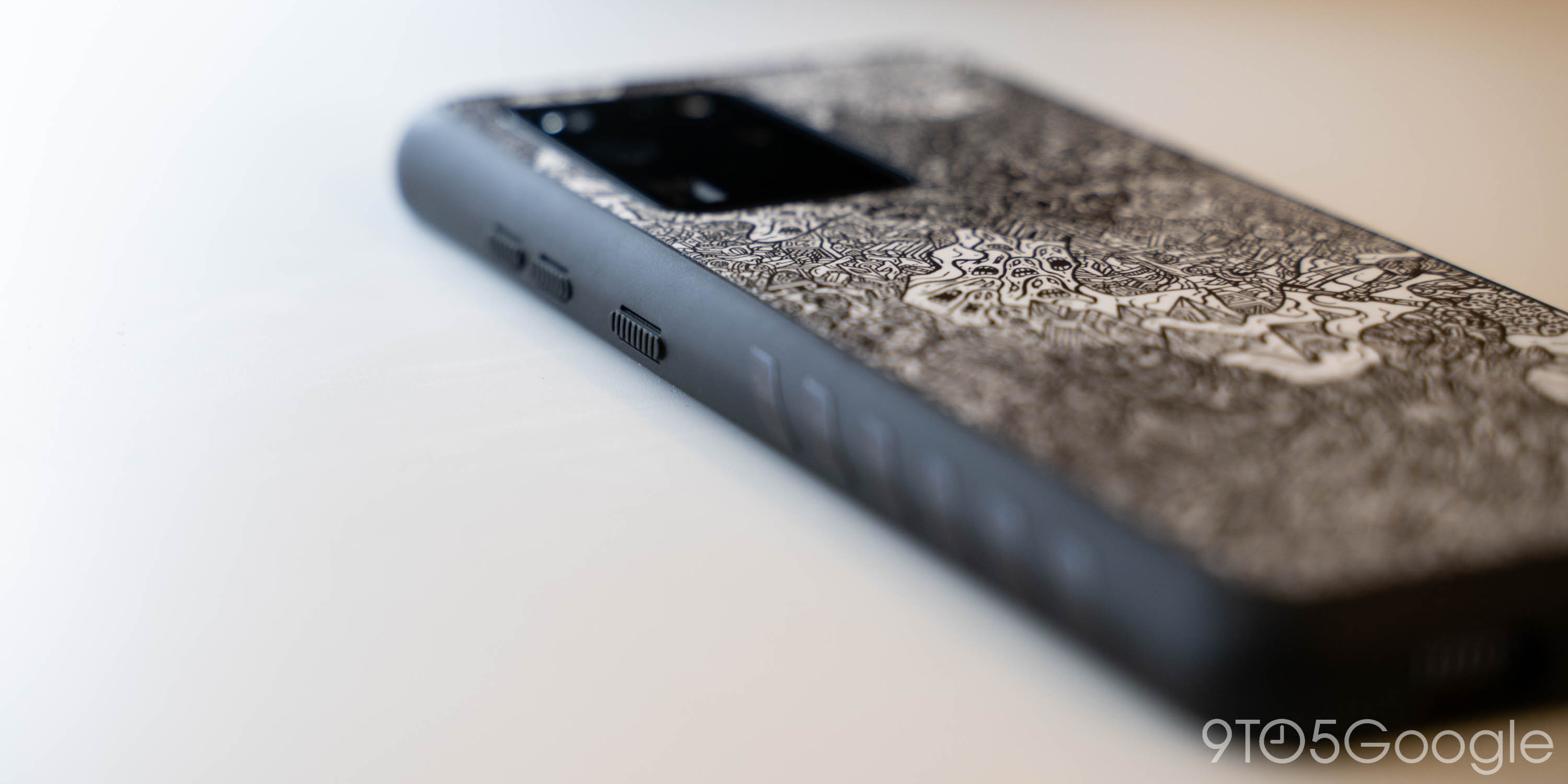 The Grip also deserves a lot of credit for what earns it its name. Along the left and right sides of the device, there are raised bits of rubber that make the case more grippy in the hand. Unlike previous generations of the Grip, though, this part doesn’t make the case so grippy that it’s difficult to remove from your pocket. In my book, this is just an all-around win.

Finally, I’ve got to call out the buttons. They are essentially perfect. Quite often, cases that try to improve durability end up sacrificing the tactile buttons that most premium devices offer. Thankfully, dbrand hasn’t made that mistake with its latest generation of the Grip which, on the Galaxy S20, leaves the buttons feeling just as clicky and tactile as when the device isn’t in a case. Ports, of course, at also great. The “sharpness” of the speaker cutout slightly annoys me, but it’s fine.

So, should you buy the dbrand Grip? At $29.99 for the case and $9.99 for each skin, it’s not a bad deal. You can surely find a cheaper case out there, but none will offer this level of customization. If you’re interested in picking it up, it’s available exclusively from dbrand’s site. Do keep in mind, though, that demand is pretty heavy at the moment, so while a dbrand Grip for your S20 might be immediately available, the Teardown skins may be delayed.

Disclaimer: dbrand sponsored this post but was given no copy approval prior to publication.