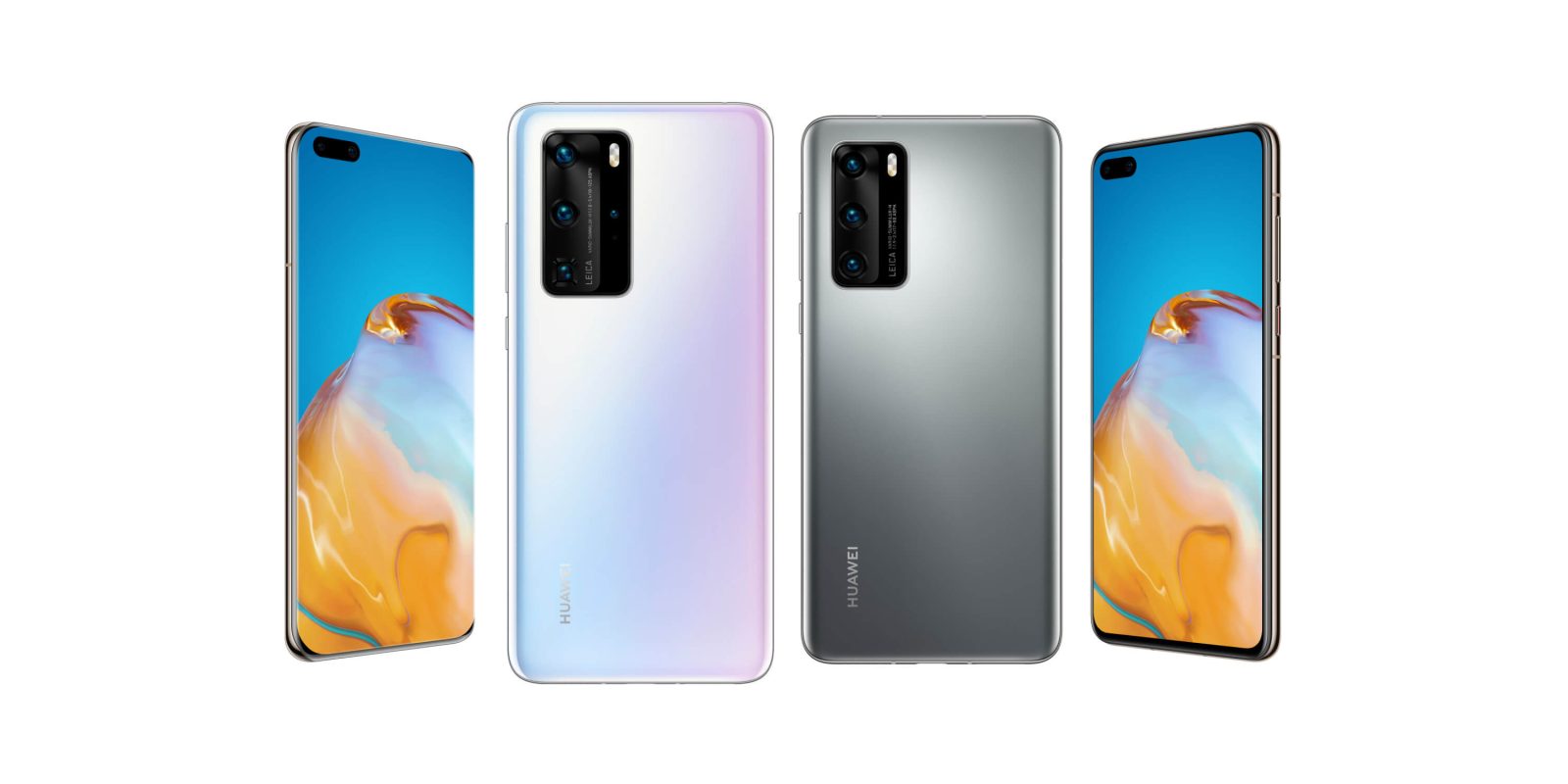 We’re just a couple of days from the official launch of the Huawei P40 series and details keep coming out. Today, a huge Huawei P40 leak from WinFuture shows off several images of the P40 and P40 Pro, as well as confirming pricing and, unfortunately, the continued lack of Google apps.

Let’s start with the Huawei P40 Pro. As expected, this is a device that Huawei isn’t pulling its punches with. The 5G smartphone packs a Kirin 990 5G chipset which, thanks to its onboard radios, will feature standard support for the next-gen connectivity in regions such as Europe. Apparently, though, some regions will get “purely LTE” versions of the device. Both the P40 Pro and the lesser P40 will have this 5G setup.

The P40 Pro offers up a 6.58-inch AMOLED display which has a 90Hz refresh rate and a resolution of 2640×1200. There’s also an in-display fingerprint sensor on the device and a large punch-hole cutout at the top. The large cutout houses a 32MP selfie camera and an IR sensor. That sensor is used to make face unlock more reliable.

As for the cameras on the back of the phone, Huawei is including a killer lineup. There’s a 50MP primary camera which Huawei calls an “UltraVision” camera. The f/1.9 sensor has optical image stabilization as well and “Octa Phase Detection” for autofocus. There’s also an “XD Fusion Engine” chip which Huawei makes itself that should further improve image quality.

Backing up that primary sensor is a 40MP sensor primarily used for videos. A third sensor is also used, a 12MP shooter, to enhance zoom. Huawei is using all three cameras for its “50x SuperSensing Zoom” to preserve as much quality as possible. This is certainly a unique camera setup. 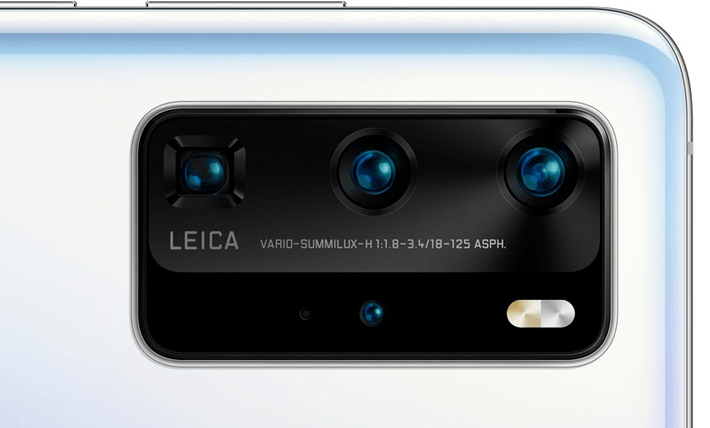 Rounding out its spec sheet, the Huawei P40 Pro has 8GB of RAM on all models with UFS storage totaling either 128GB or 256GB. Huawei’s NanoMemory slot is also available for expanding storage. The P40 Pro is also IP68 rated for water/dust resistance, weighs in at 209g, has a 4,200 mAh battery, and has up to 40W SuperCharge either wired or wireless. There’s also a graphene cooling system on the P40 Pro for the Kirin 990 chip.

What about the regular Huawei P40? That device will apparently be more “sensible.” It’s set to feature a 6.1-inch FHD+ AMOLED display with a fingerprint scanner, but a small punch-hole with a 32MP camera and no IR sensor. There is, however, a depth sensor. The cameras on the back are also toned down a bit with a 50MP sensor, 16MP ultrawide, and 8MP telephoto camera too.

The regular P40 also features the Kirin 990 chip paired with 8GB of RAM and 128GB of storage, but no upgraded options except for the NanoMemory expansion slot. The battery also jumps down to 3,800 mAh.

Both phones look great on paper, but there’s an unfortunate flaw. Like the Huawei Mate 30, both the Huawei P40 and P40 Pro will lack Google apps. This is a result of the ongoing ban from the US government that prevents Google from working with Huawei. Still, both devices will be running on Android 10 with Huawei’s skin over top, it’s just a shame the P40 series likely won’t get Google’s apps anytime soon.

Does Huawei have any surprises left in store? It’s certainly possible! Stay tuned for our full coverage of the Huawei P40 series.