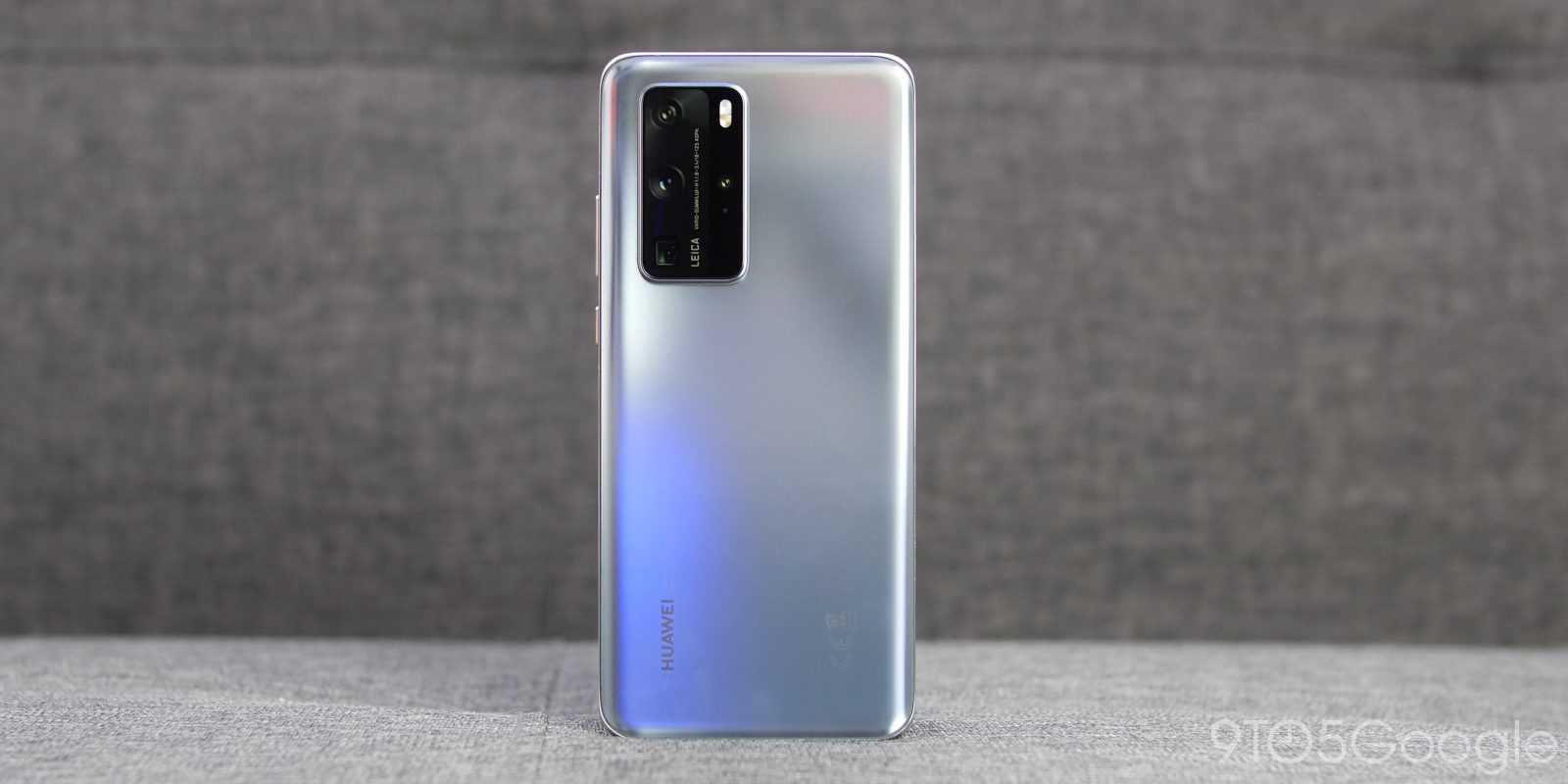 Huawei has finally unveiled the follow-up to the P30 Pro, with the P40 Pro focusing again on the camera setup but will rely heavily on the firm’s homegrown AppGallery.

When the P30 Pro launched in early 2019, Huawei was in a very different position. Steadily clawing at Samsung’s lead as the world’s biggest Android manufacturer. However, US trade sanctions and now the COVID-19 coronavirus have shifted the floor beneath the feet of the Chinese firm.

No more Google Play Store instantly removes the interest of several markets, the hard work feels as though it has all been in vain. The Mate 30 Pro was the first Huawei flagship smartphone to release or launch without any “official” access to Google Play Services. Sideloading was a temporary option but never an outright solution.

The hardware is undoubtedly superb, the experience somewhat jarring. Released in only certain markets, and then expanded in pockets across Europe and the Middle East, it was — and still is — a very hard sell unless you’re willing to deal with some issues.

Now the P40 Pro is the second flagship — so long as you don’t include the foldable Mate Xs — to launch without any sort of access to the Google Play Store. This time around though, Huawei is pressing ahead with its own AppGallery alternative and wants to really shout about it. Whereas the Mate series is focused on the power and the features, the P-series is all about the camera. But can a camera make up for potentially lacking software? 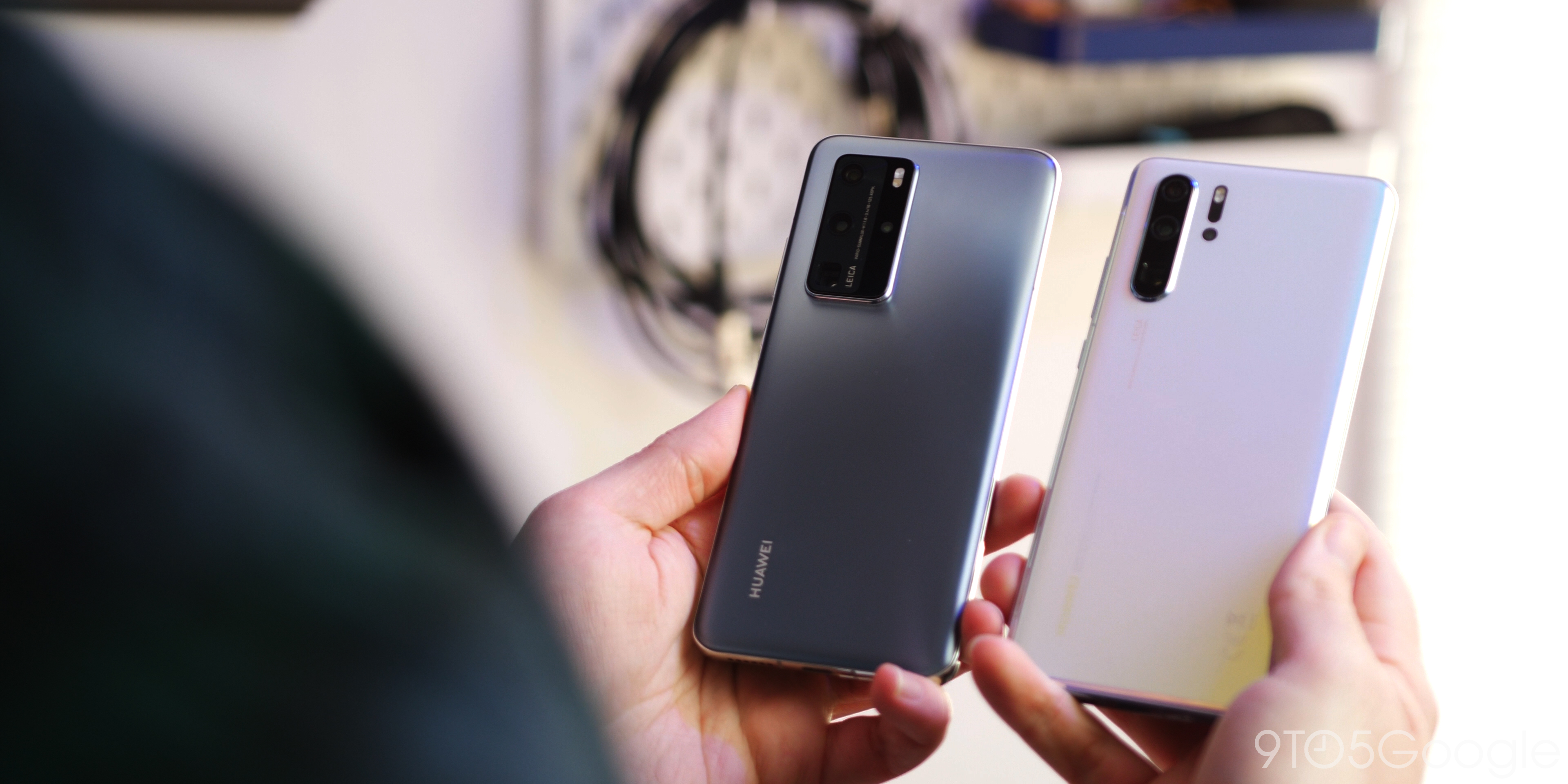 From a design standpoint, the Huawei P40 Pro shares some similarities with the Samsung Galaxy S20 Ultra. It’s clear that Samsung and Huawei have been pushing each other in recent years, and you can clearly see how they influence each other with this handset.

I love the “Silver Frost” review unit I have been using. It doesn’t quite catch the eye in the same way as some of the two-tone colors but the soft tonal change from deep gray to light steel is pleasing in different lighting conditions.

At the rear, the camera bump looks familiar with many other OEMs adding a domino camera bump backplate, this feels very “2020.” I applaud the usage of physical volume buttons this time around though. The Mate 30 Pro’s gimmicky side display controls were as annoying as they were finicky.

The bump from a 60 to 90Hz display is one of the most immediate upgrades. It is still technically only an FHD+ panel but in a 19.8:9 aspect ratio the resolution is an odd 2640 by 1200 pixels. It would have been nice to have a QHD+ panel to match the likes of the S20, Pixel 4, and others but it’s still a sharp eye-catching display.

Upgrading to 90Hz means that everything feels smoother and to add to that, the viewing angles are superb. You do have to contend with the addition of an extended notch, which can be distracting but I have come to terms with the display cutouts on other devices, so I find it less jarring than previously. It is a big old cutout though.

Huawei has stacked up the internals on the P40 Pro and is going all-in on 5G with Pro models. Inside you’ll find the Kirin 990 5G, 8GB of RAM, and 128GB or 256GB of internal storage that can be upgraded with a Nano Memory card — which is basically a proprietary microSD card. 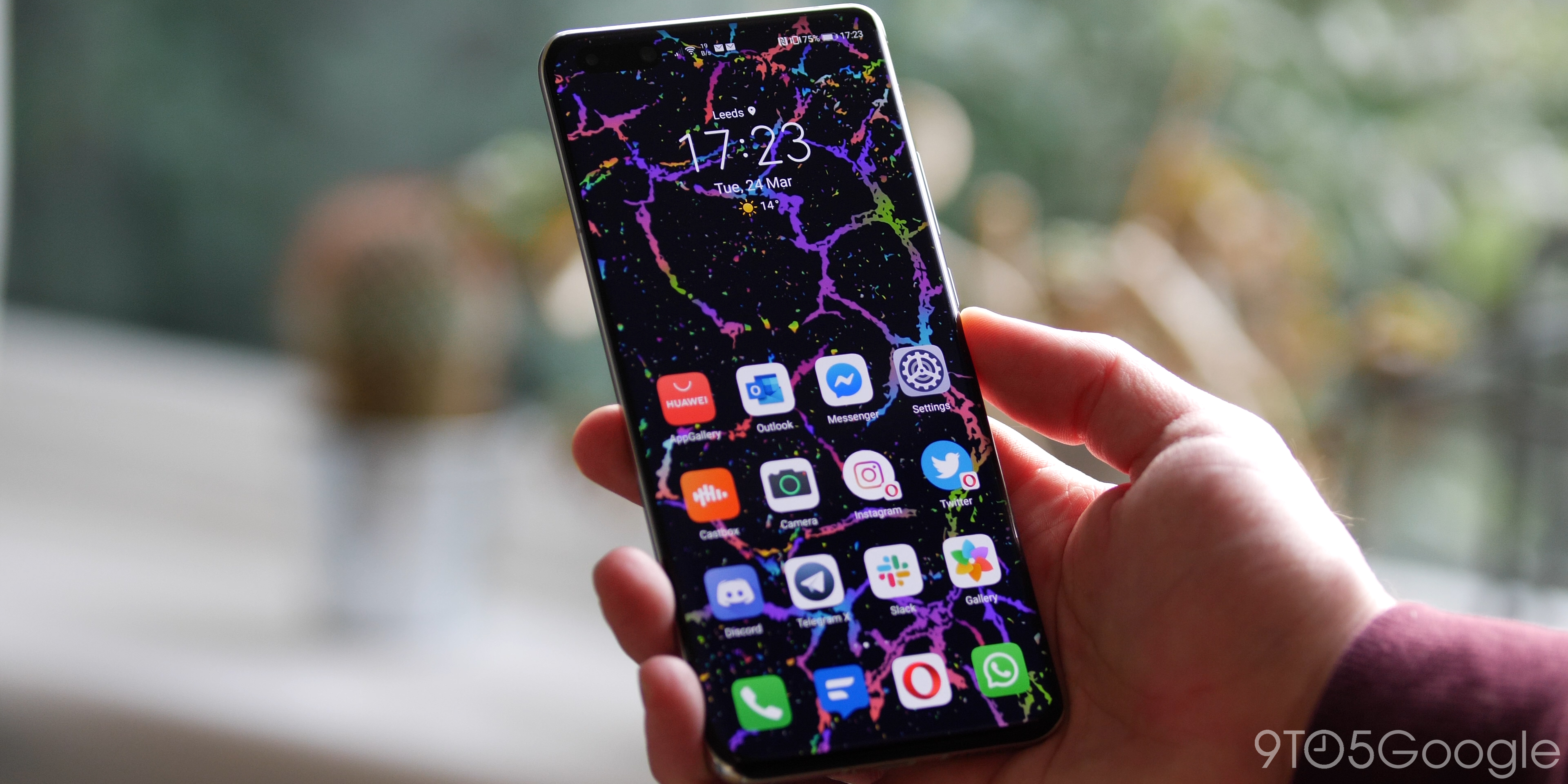 Very much like the Huawei Mate 30 Pro, the P40 Pro is set to ship without Google Play Services or the Google Play Store out of the box. There is no denying that this is a bit of an issue for many of us in the West that rely on Google services daily on our smartphones.

Considering just how good the hardware is on the P40 Pro, the software is undoubtedly its Achilles’ heel yet again. EMUI 10.1 based upon Android 10 is the best version of the third-party skin they have ever produced but the glaring omission of the Play Store is just too hard to ignore. You can use the Phone Clone app offered by Huawei to essentially sideload or transfer all of your important data though.

While that is a valid option, during my hands-on time I have actively avoided sideloading apps as much as possible. Instead, I’ve tried — and forced myself — to use the AppGallery for almost everything. Credit to Huawei, they have really improved the selection of applications you can download and install but there is no denying that it still isn’t quite the same. 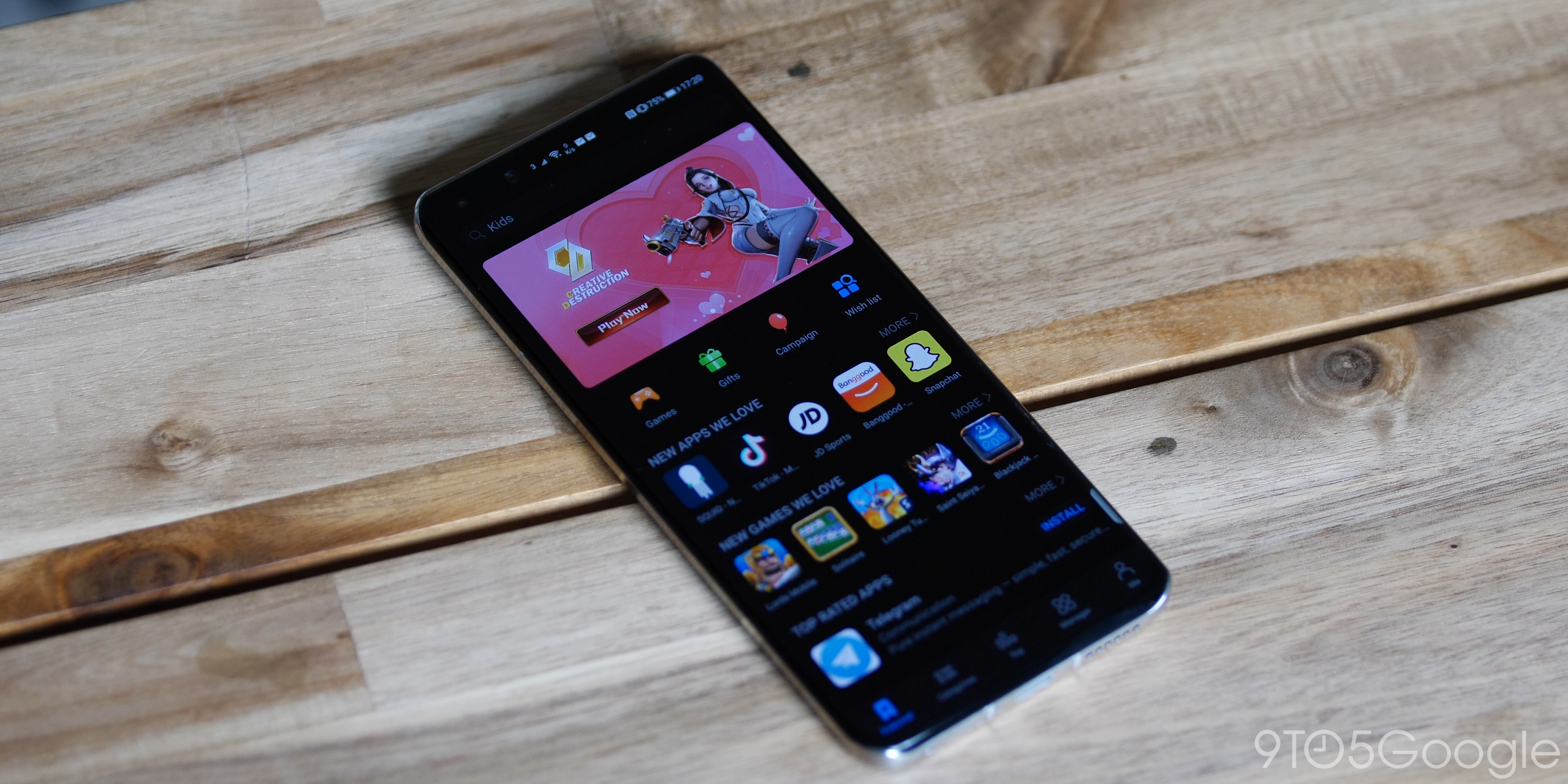 There are some odd quirks like WhatsApp being available when you search, but linking to the WhatsApp website for you to download and install the latest official build. There are no decent Google Maps alternatives yet, nor is there a Google Pay alternative that I would feel comfortable using. There is however a silver lining, as more apps look as though they are being added each time I load up the digital storefront — including Snapchat, Textra, and a few others.

I managed to get by using web apps for all of my main social media and even loaded up the Amazon Appstore to get a few apps to “fill out” the main experience. As it stands, I can just about get by without the Play Store on a daily basis — although it’s not the most comfortable existence. Some apps I simply can’t live without happen to include Slack, Discord, and Monzo — my UK bank account of choice. None of these apps are available in any form on the AppGallery, which meant that I simply had to sideload from unofficial sources.

Now it would be foolish to think that some people reading wouldn’t simply sideload and be happy. That shouldn’t be a solution to this problem, and until Huawei nails down the basics for each and every alternative, you’ll be forced to play around until you get a truly “workable” daily device.

Loaded with what was available and with the base of what I would call usable, there was nothing out of the realm of possibility in the performance stakes. There does happen to be plenty of games on AppGallery, and the Epic Games launcher is also here too.

Fortnite, Asphalt 9, and a few others ran exceptionally. I’ve had no slowdowns, hiccups or pauses at all. The Kirin 990 5G chipset is a powerhouse that can handle just about anything you can throw it — not that there is a great deal to really “throw” at this device at present. 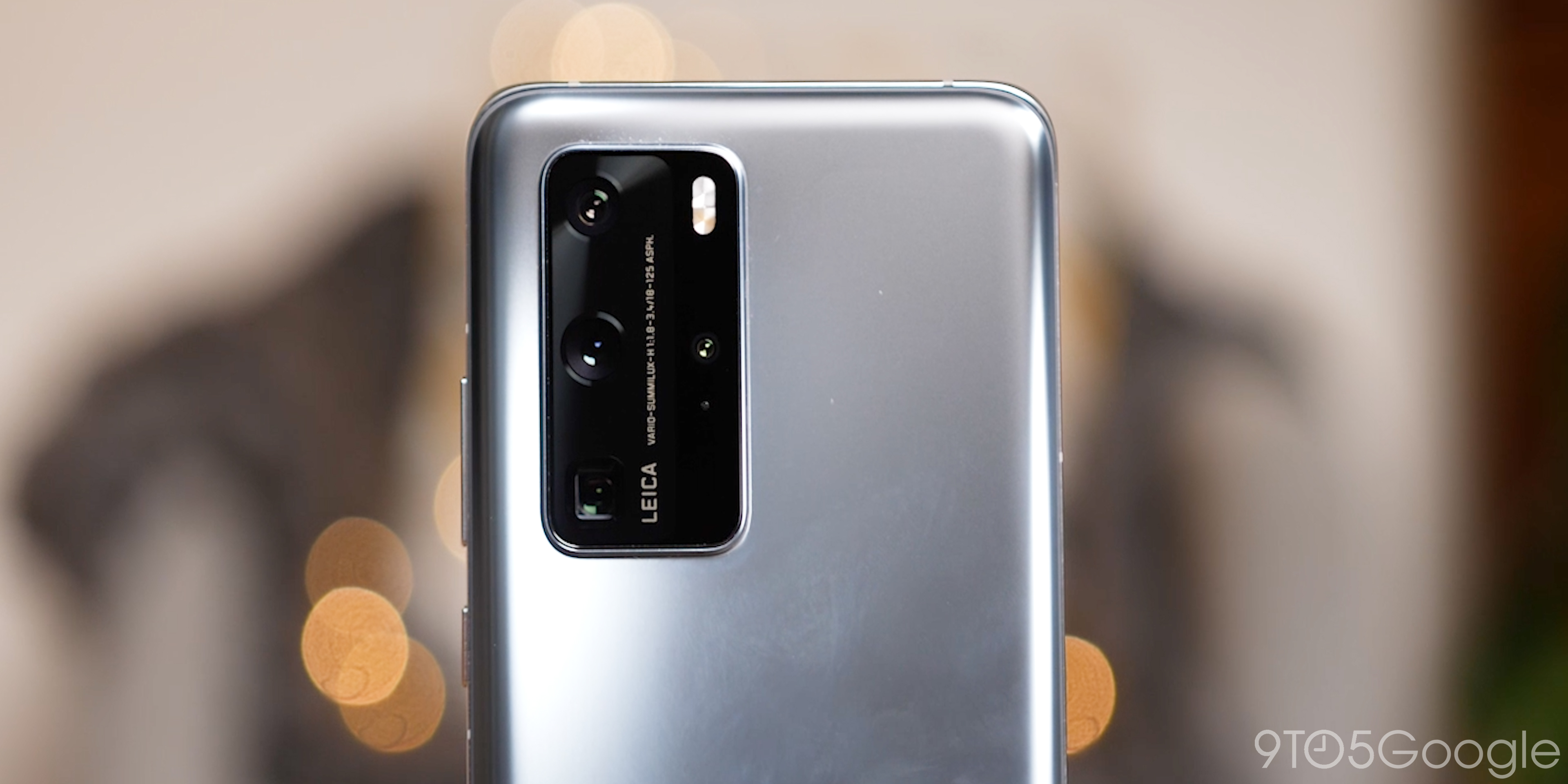 This is the core selling point of any Huawei P-series device and the P40 Pro does not disappoint. Incremental upgrades have taken us to the zenith of smartphone camera hardware, there is almost nothing that the P40 camera cannot do.

With one of the largest sensors in a smartphone, it can take images in the standard auto mode arguably better than some entry-level mirrorless cameras. The massive sensor is the biggest in any smartphone to date, and the results truly speak for themselves. I’m not a huge fan of the AI post-processing due to the exaggerated colors but when deactivated, the quality is simply exceptional.

The flexibility of the improved camera setup gives you confidence that you can take images in literally every scenario. I make no secret of my love for a good telephoto zoom lens, and Huawei has improved the 5x hybrid zoom even further. Images are sharper, the OIS has been tweaked and you can get photos when zoomed-in that others struggle to match.

At night, the auto Night mode that wowed last year so dramatically in Paris has been improved further still. The yellow tints that you would often see are now banished for steely, almost daytime shots even in near-total darkness. To see it in action is nothing short of magical. I still feel like it’s a party trick that might not get used all that often but it’s one you can count on.

Even with such impressive options and results, I do find that the P40 Pro camera still doesn’t handle movement in frame all too well. For me, no smartphone manages motion quite as well as the Google Pixel 4. 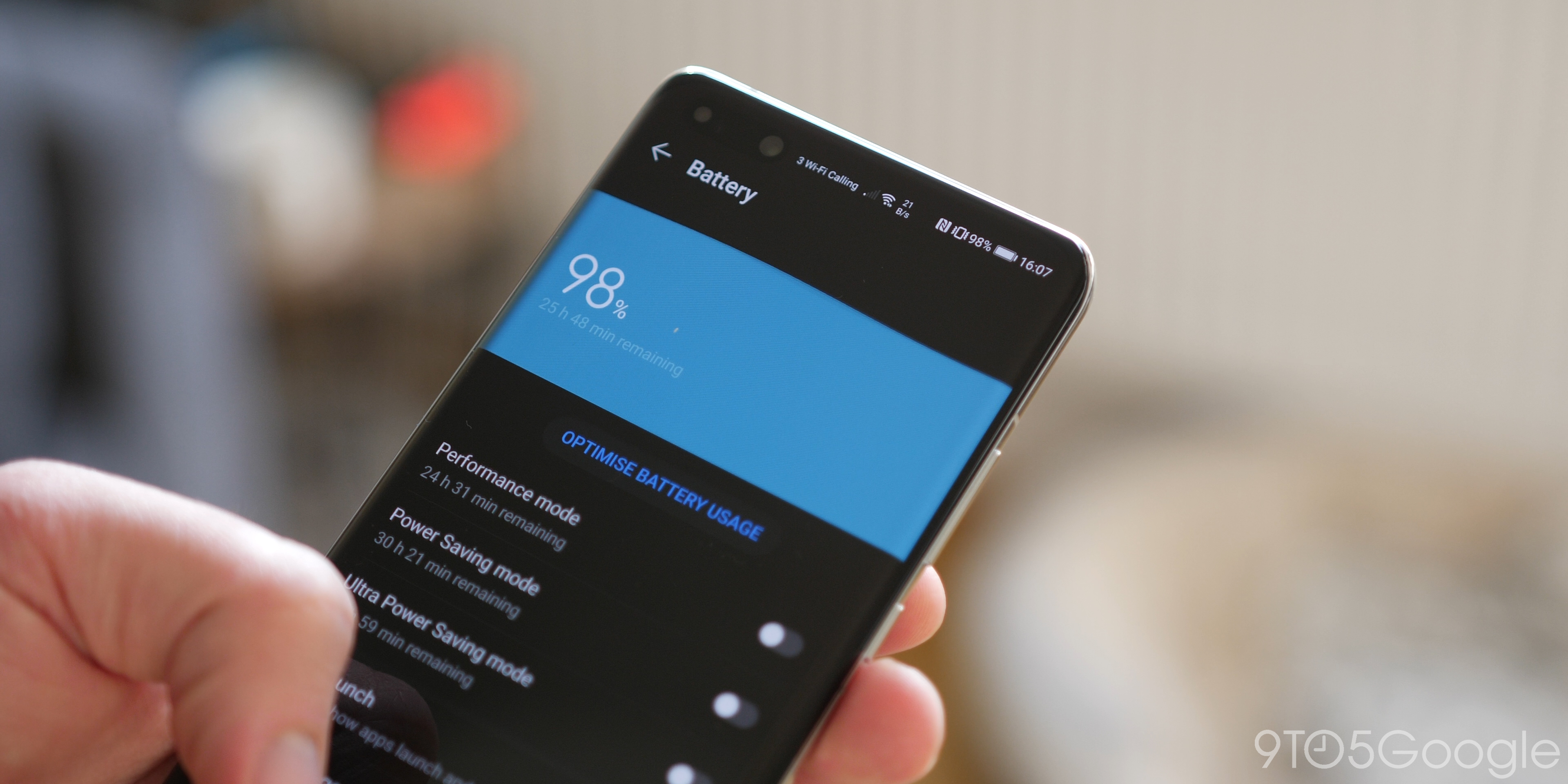 With such a power-hungry 90Hz refresh rate display and what some might call a meager 4,200mAh battery, I was a little concerned that the P40 Pro might not withstand a full day of usage. I was pleasantly surprised though, as it manages even heavy usage with aplomb.

Being able to top up the battery in mere moments thanks to the inclusion of the 40W SuperCharger and 40W wireless charging is another bonus. Although the battery management in EMUI really does wonders for longevity that it’s unlikely you’ll need to top up all that often.

The Huawei P40 Pro is easily the finest non-folding smartphone that Huawei has ever produced. To add to that, it’s the culmination of a few years of pushing the boundaries of smartphone photography — and that definitely deserves lots of credit. While I’ve found myself less hindered by the workarounds than I did with the Mate 30 Pro, I still have had plenty of difficulties and frustrations that have soured the overall experience slightly.

While I’m not sure what the long-term strategy is for Huawei, it’s undeniable how good the overall hardware package is here. It feels like the perfect alternative to the equally superb Samsung Galaxy S20 Ultra but with some inherent issues. The camera is unrivaled and highlights just what the P series is all about. However, not quite having the software to match softens the impact it could have had on the market.

For hardcore fans, it’s a case of dealing with teething pains until the AppGallery can bolster its lineup and you gain enough alternatives for your most used applications. For everyone else, it’s a case of another device lacking the software you need to enjoy the overall experience — unless you want one of the best smartphone cameras ever produced. If you simply must have a Huawei phone but can’t give up Google apps, then you’ll have to make do with the still superb P30 Pro.