Samsung Galaxy A31 delivers quad-cameras and a 5,000 mAh battery 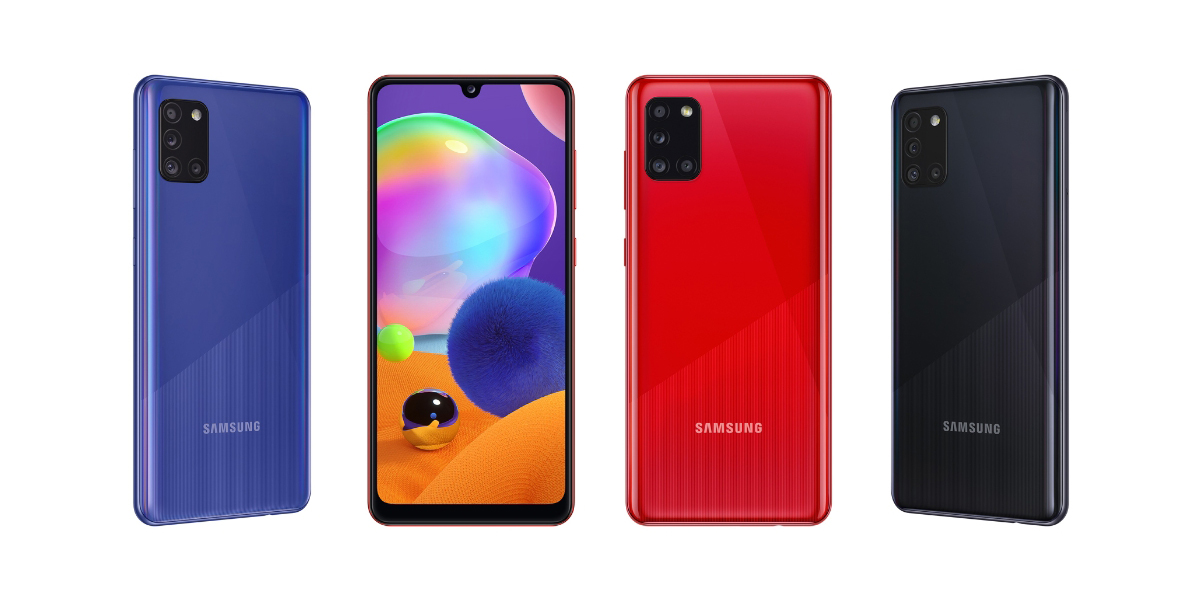 Looking for a smartphone with a huge battery and an affordable price? Samsung has a new option with its Galaxy A31 which delivers a huge 5,000 mAh battery and an excellent overall package.

Announced earlier this week, the Galaxy A31 delivers quite a bit, but Samsung hasn’t fully released all of the details. The device offers either 4GB or 6GB of RAM, 64GB or 128GB of storage, and also an unnamed octa-core processor. The device also features support for Samsung Pay and, of course, comes with Android.

On its back, the Galaxy A31 offers up four camera sensors. There’s a 48MP primary camera, 8MP ultrawide camera, 5MP macro camera, and finally a 5MP depth sensor. The overall design of the rear looks a lot like Samsung’s Galaxy S20 series, but comes in some flashier colors including “Prism Crush Blue” and “Prism Crush Red” alongside black and white models.

Up front, the Galaxy A31 has a 6.4-inch FHD+ AMOLED display with an Infinity-U design that houses a 20MP selfie camera. There’s also a fingerprint sensor under the glass.

All together, the Galaxy A31 should also have stellar battery life too. There’s a 5,000 mAh battery within that charges at 15W. Bonus, there’s also a headphone jack.

Featuring a multi-purpose Quad camera, the Galaxy A31 has all the tools you need to tell your stories, no matter how big or small the subject matter is. Equipped with an immersive Infinity-U display and a powerful 5,000 mAh battery, the device lets you work, stream, and game for longer with ease.

Samsung hasn’t confirmed pricing for the A31 just yet, but if the Galaxy A30 is any indication it will probably cost around $230 and likely launch in India. We’ll update this article when Samsung confirms more details.