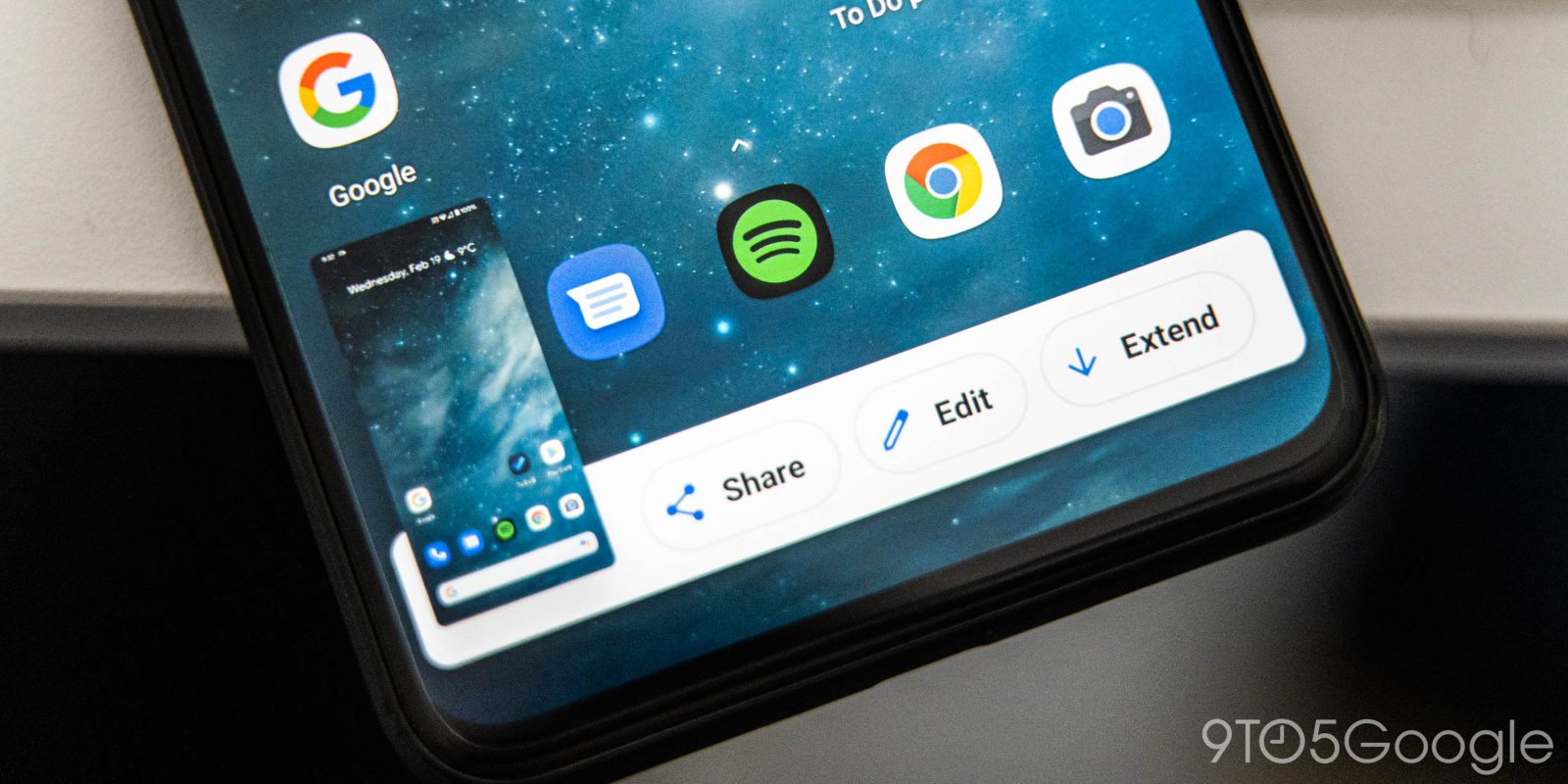 In Android 11’s early developer previews, we were able to flip the switch on a completely redesigned screenshot UI for the platform and it looks really nice. Now, that new interface has randomly started working for one user!

It’s been expected for quite some time that Google would revamp the screenshot interface with this version of Android, but even in the first couple of developer releases, things looked the same on the user-facing side. Behind the scenes, though, we were able to use some tricks to enable the updated interface and even provide a brief video to show what it looks like.

Now, though, a Redditor randomly had the interface appear on Android 11’s second developer preview on a Google Pixel 3. It’s totally unclear what triggered the interface to appear on this device in particular, but it’s live and working for this user. Even pressing the “edit” button pulls up Android’s markup editor.

Notably, this user isn’t seeing the “extend” button appear. This button is used to implement scrolling screenshots on Android 11, but even when we enabled the feature manually, we couldn’t get that feature working properly. Most likely, Google still has some work to do. Also, the animation does look slightly different from the previous version we enabled.

See the full-res video on Imgur

But the fact that one user has this feature live on their device right now is a pretty big deal and tells us that Google should be delivering this feature in the not-too-distant future. Perhaps even in the next developer preview, which is due out in the next couple of weeks.