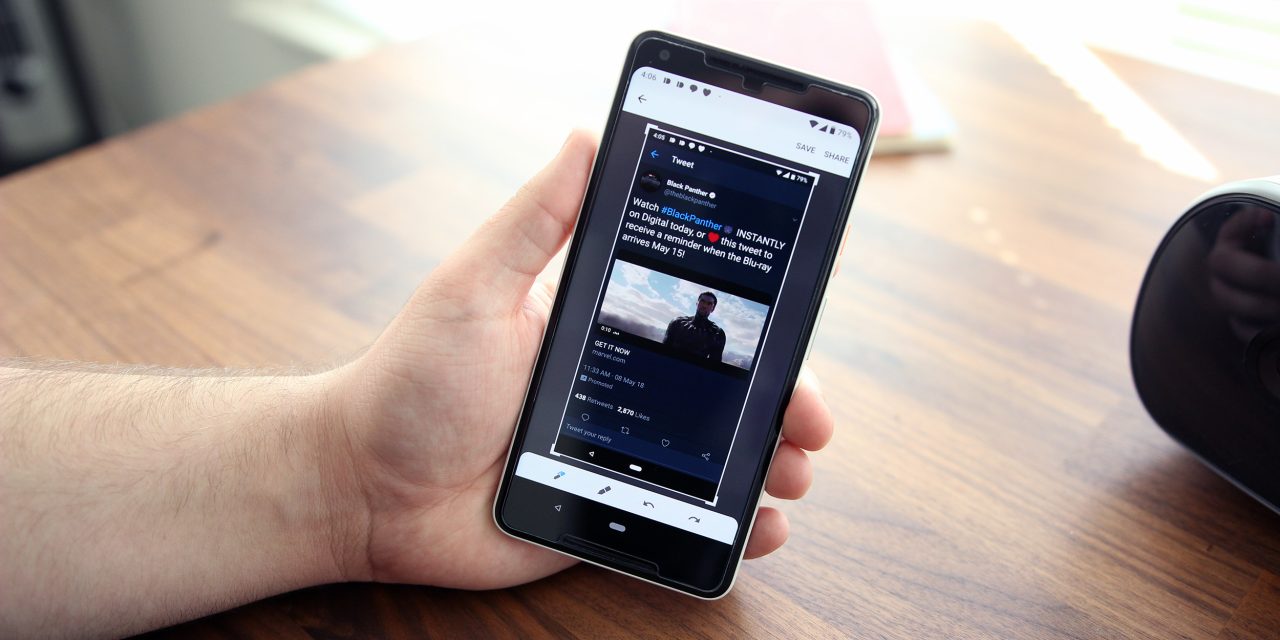 One of my favorite pieces of the first preview for Android P was the arrival of an official screenshot editor – finally! However, it was a bit underwhelming as the tool, well, had some big problems. Now in the second Android P build, Google has worked out the issues.

Looking back to the first developer preview, Markup was a good start. It gave users access to useful tools that allowed them to quickly draw on and crop screenshots in a pinch. However, the functionality was clearly in early stages. When you hit edit, you had to pick Markup instead of Google Photos, and worse, cropping was a mess since UI elements covered the bottom of the shot.

In this latest version, those issues have been fixed. The functionality is largely the same, but the toolbar at the bottom no longer covers the bottom of the screenshot, which on its own is the biggest fix Google could have delivered.

Further, though, this update also makes sharing your edited screenshots easier by adding an option to share straight from the editing menu. Again, that’s huge and very welcome.