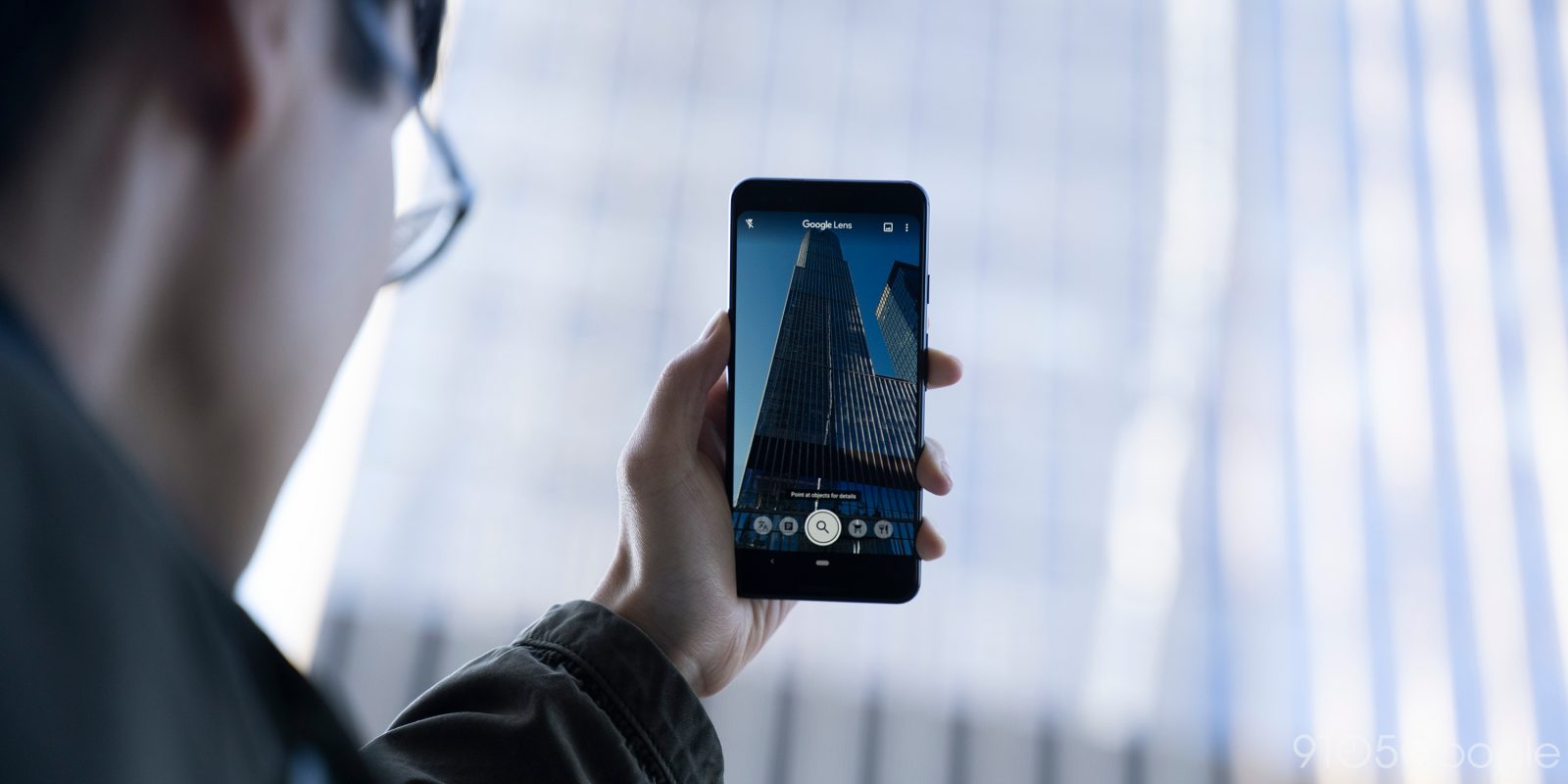 Google Lens was announced at I/O 2017 as a way to visually search the world and receive help. As the tool integrated into Assistant, Photos, and Search approaches its third birthday, Google looks to be testing a new Lens logo.

At the announcement three years ago, Google showed off a rectangular camera logo. What shipped later that year differed in that it was a square. The actual lens in the icon is a blue dot with a green circle serving as a faux flash in the bottom-right, while there is a red and yellow line surrounding everything.

I/O 2019 saw Google introduce the current icon. The shape and layout is unchanged, but the surrounding lines are no longer connected with very rounded corners. There’s also more blue for a look inline with the Google Material Theme. Meanwhile, both of these icons have colorless black-and-white versions for Assistant and Google Photos.

That latter surface is now showing a new Google Lens icons for some. One reader today received a version where the center circle is replaced by the Google ‘G.’ The bottom-right corner also does away with the flash.

This change is only being tested and not widely available with Google Photos 4.46. As such, we don’t know what the full version will be, specifically what color that inner ‘G’ will take.

One reason for the change could be to increase awareness of Lens as a Google service. The B&W variant — unlike the lowercase Assistant ‘g’ — is not too closely aligned with the company. It’s not yet clear whether the new Google Lens logo will be widely rolled out to Assistant and the homescreen icon on Android.