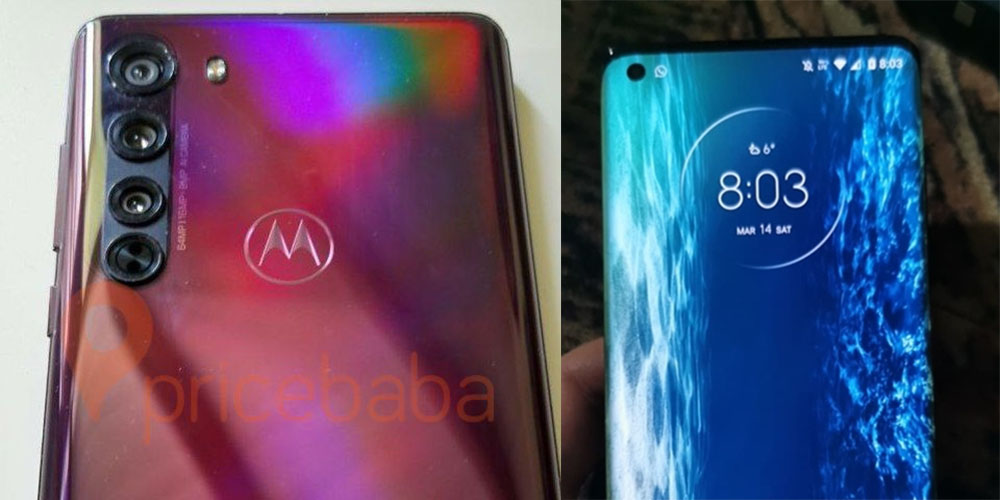 Motorola is set to debut its first flagship in a while, the Motorola Edge+, next week. This week, a live image of the Motorola Edge has hit the web to confirm some previous leaks and show off what we can expect in person.

Ishan Agarwal and PriceBaba posted a single leaked image earlier this week of the Motorola Edge. The Edge is the lesser of the company’s two upcoming smartphones with the other, the “Edge+,” being a proper flagship device.

In terms of physical hardware, though, the Edge looks a lot like the Edge+. In this leaked image, we can see the Motorola Edge’s striking red color variant that appears to have a gradient to it. The effect looks a lot like OnePlus’ Interstellar Glow and Samsung’s Aura Glow, but without the silver backing.

This image also highlights the camera module, which is pretty large in size. The quad-camera array is headlined by a 64MP sensor with 16MP and 8MP cameras providing ultrawide and telephoto perspectives. A publication by the name of Mobilissimo also obtained a similar image that shows the same color variant and all four cameras again. There’s even an image that shows the phone from the front with its slim bezels and hole-punch cutout.

These images also line up with a gallery XDA published recently.

The Motorola Edge is set to debut on April 22.