Google’s YouTube TV has become one of the most popular ways to stream traditional TV channels through the internet. Now, YouTube TV’s app for Android TV is adding overdue support for the platform’s homescreen “channels.”

Under the main row of apps on Android TV’s homescreen, you’ll find a row packed with content you’ve recently watched, and under that, what Google calls “channels.” These various channels are powered by apps installed on your device and include recommendations, featured content, and more.

It’s unclear if this is from a server-side update or an update from the Play Store, but YouTube TV’s app now shows a channels row on the homescreen. I was able to get this working on an AirTV Mini device, but not on my Nvidia Shield TV (2017). The functionality was first spotted by a Redditor.

As seen in the screenshot below, YouTube TV’s channel shows a collection of different networks. From what I can tell, there’s no clear rhyme or reason to why the channel shows the networks it does, but it’s different for everyone. TBS is generally the network I end up using most on YouTube TV, but my account hasn’t used any of the other channels on that list. 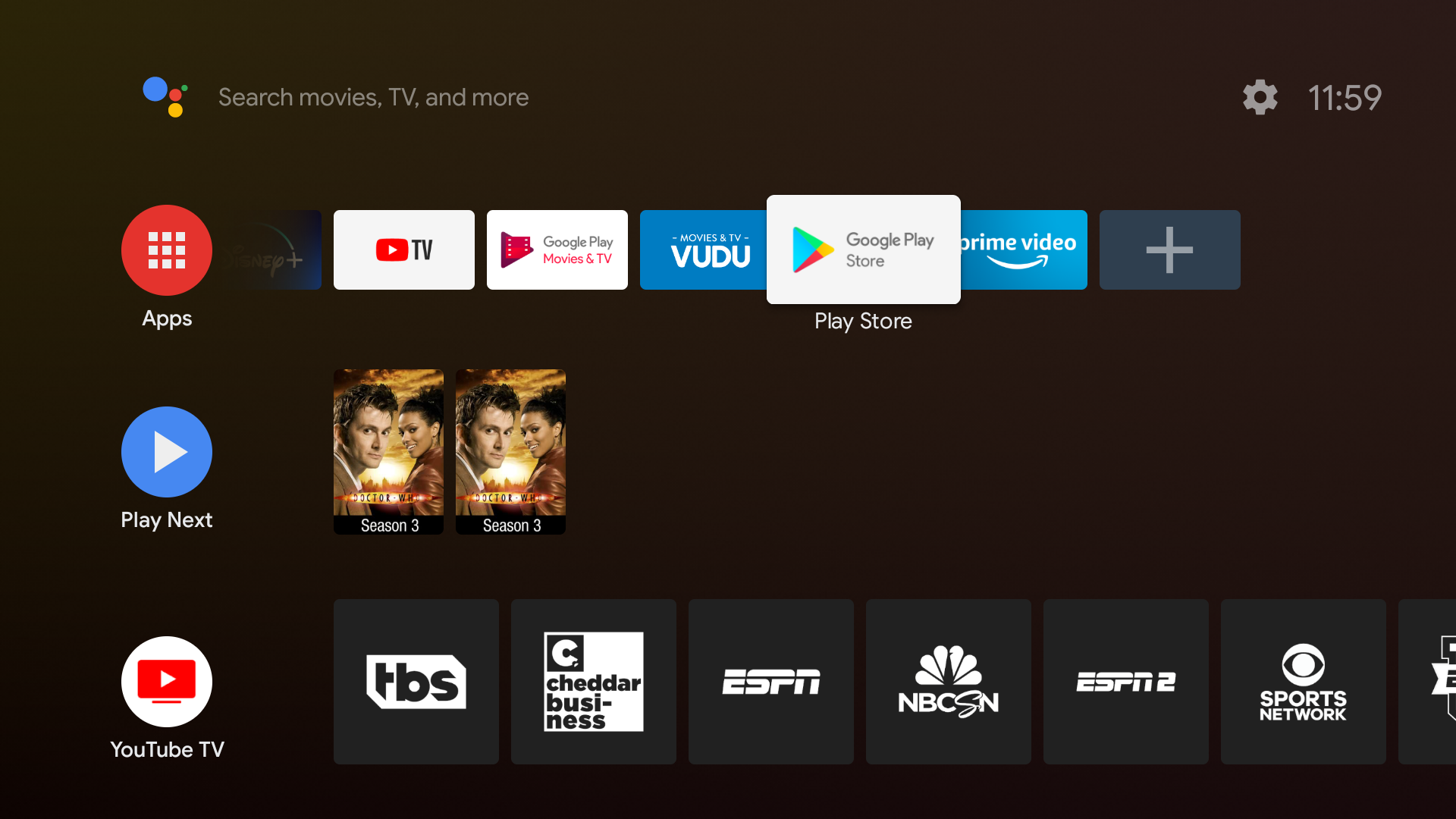