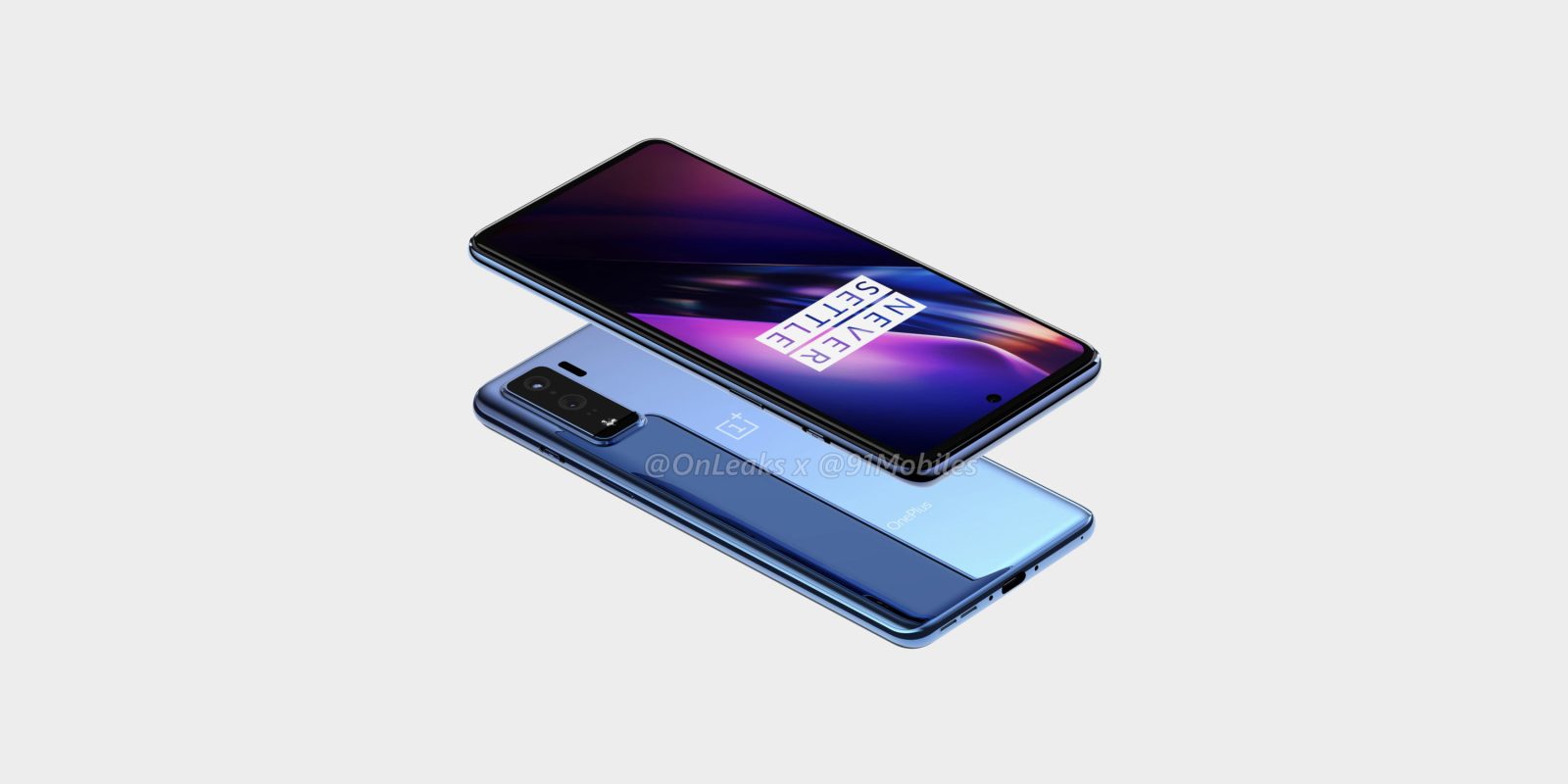 As we await the first in a new line of OnePlus hardware in the form of “Nord” we have quite a few rumors to sift through and sort.

Leaks have given us a glimpse of what we believe could be the OnePlus Nord, although, given the naming change, that is still open to interpretation. That said, we have a good grasp of what OnePlus is set to bring to Europe and India in the coming weeks.

Some of you may know the device as the OnePlus 8 Lite or even the OnePlus Z. However, it turns out that OnePlus is essentially starting a brand new line with the Nord series. It remains to be seen, but we wonder if this could be something similar to the Pocophone line that was once part of Xiaomi.

With the release of the Google Pixel 4a slipping due to the COVID-19 pandemic, OnePlus has a clear run at taking mindshare in the “premium” budget Android space. Apple’s 2020 iPhone SE also raised eyebrows by offering top-tier performance — but in a 3-year-old shell — for under $400.

This opportunity might not come again for OnePlus, here’s everything that’s been rumored so far about the forthcoming OnePlus Nord.

As we’ve mentioned, the expected design of the OnePlus Nord is still based upon renders shared in early December 2019 by none other than Steve Hemmerstoffer AKA @OnLeaks. However, since then, OnePlus has started to tease the upcoming device in videos and social media posts. Throughout, they emphasize that the OnePlus Nord has only had “6 months from conception to launch” — which muddies the water a little.

With that in mind, we’re not actually entirely certain if some minor or major hardware design changes have been made since those early renders appeared. It means that what you have seen already in 3D CAD-based renders, might not be what we see in the flesh. 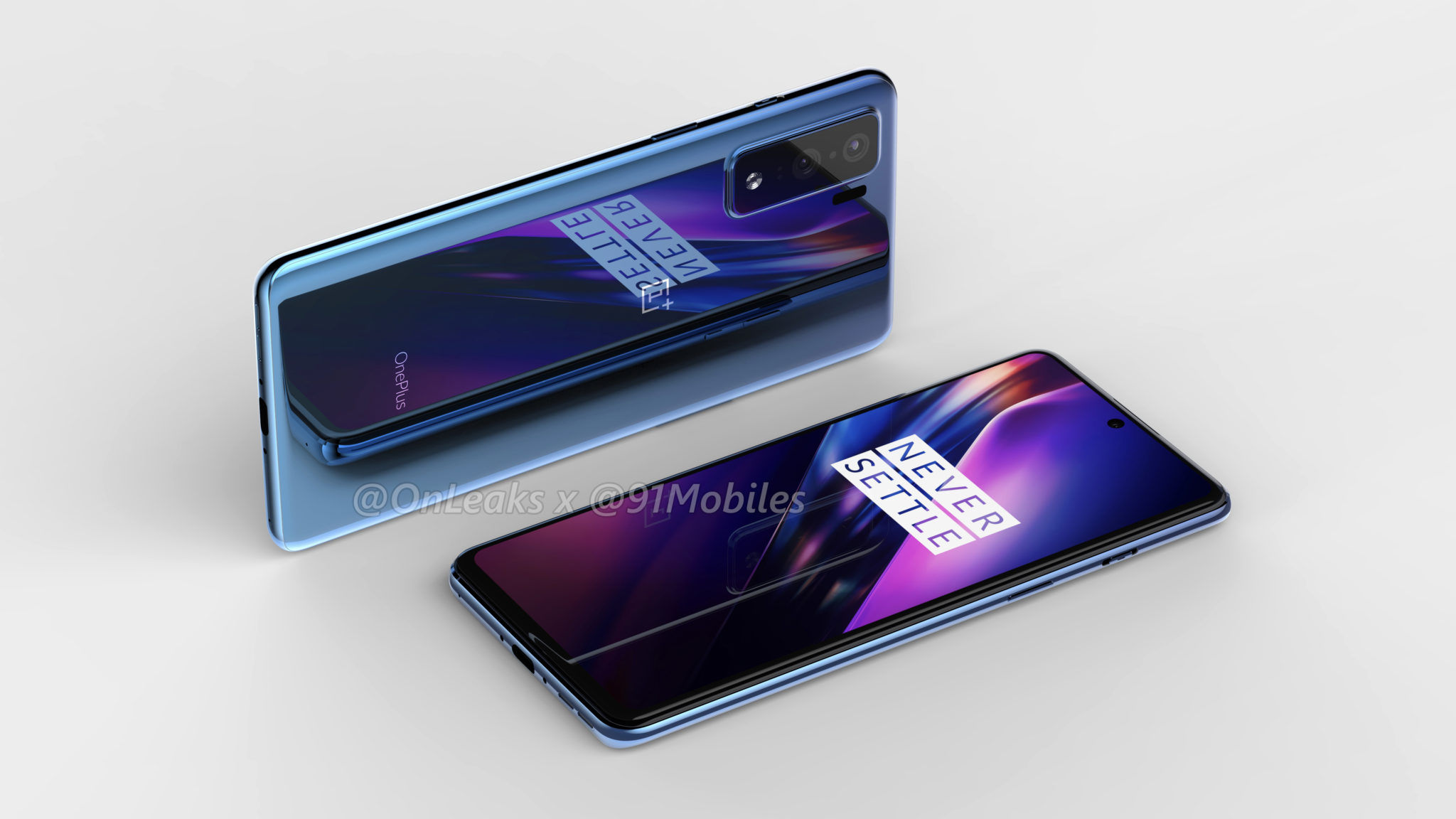 So based on the rumors so far, the OnePlus Nord will come with a relatively familiar footprint. It will have a flat 6.4-inch FHD+ AMOLED display, which we believe will be using 2.5D Corning Gorilla Glass 5. We are likely to see a punch-hole notch, with renders hinting that it will be centrally placed rather than in the upper-left. While this was garnered from renders, we are confident a placement similar to that of the OnePlus 8 series is more likely.

Materials could be altered to help keep costs down but we do anticipate a glass sandwich-style design with a metal frame. Although, as we’ve mentioned, this frame could be plastic to ensure that costs are kept to a minimum. One would imagine the same attention to detail that we’ve seen with “color, material, finish” design principles that OnePlus has followed with almost all recent releases. 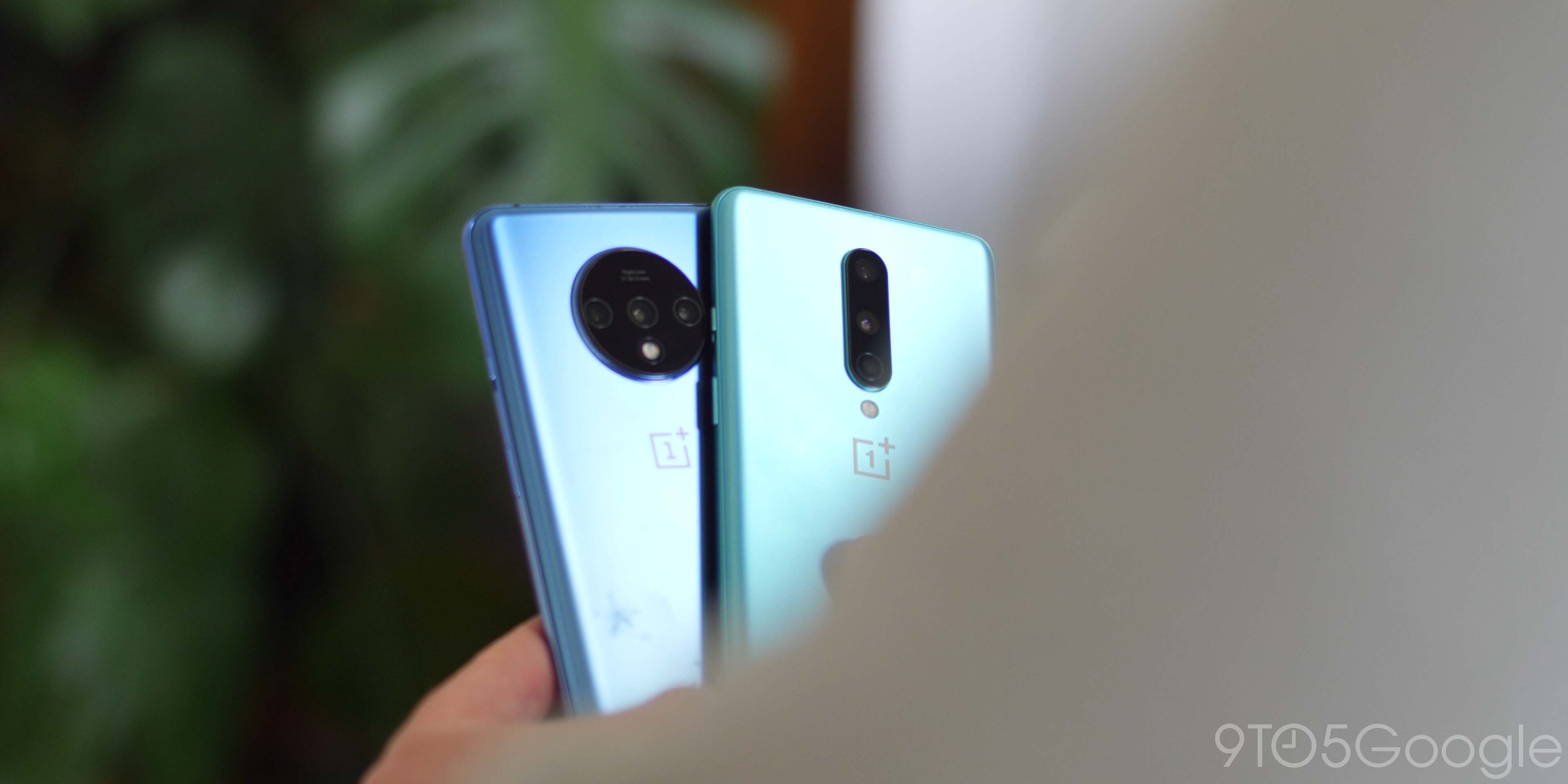 We more or less know exactly what the rumored specifications are for the OnePlus Nord at this stage. Previously, it was hinted that we might see the first OnePlus device with a MediaTek Dimensity chipset — the 1000L to be precise.

It turns out that this isn’t going to be the case. As the OnePlus Nord will rely on the 5G-enabled Qualcomm Snapdragon 765G chip. This simultaneously keeps the cost down while retaining OnePlus’ “all in on 5G” stance it took in early-2020.

The base model will come with 8GB of RAM and 128GB of storage and as seems to be customary with OnePlus hardware, there will be an overkill 12GB of RAM, 256GB storage option. Battery size is estimated at 4,000mAh, which should see you through the day quite comfortably. Should it be a problem, OnePlus’ trademark Warp Charge brings 30W charge speeds, topping up in mere minutes.

Expect to see an in-display fingerprint reader, as the leaked renders suggest that a physical option is out of the question this time around too. If it manages to match the speed and accuracy of the OnePlus 7T and OnePlus 8, then this will be one of the best on a sub-$500 smartphone. 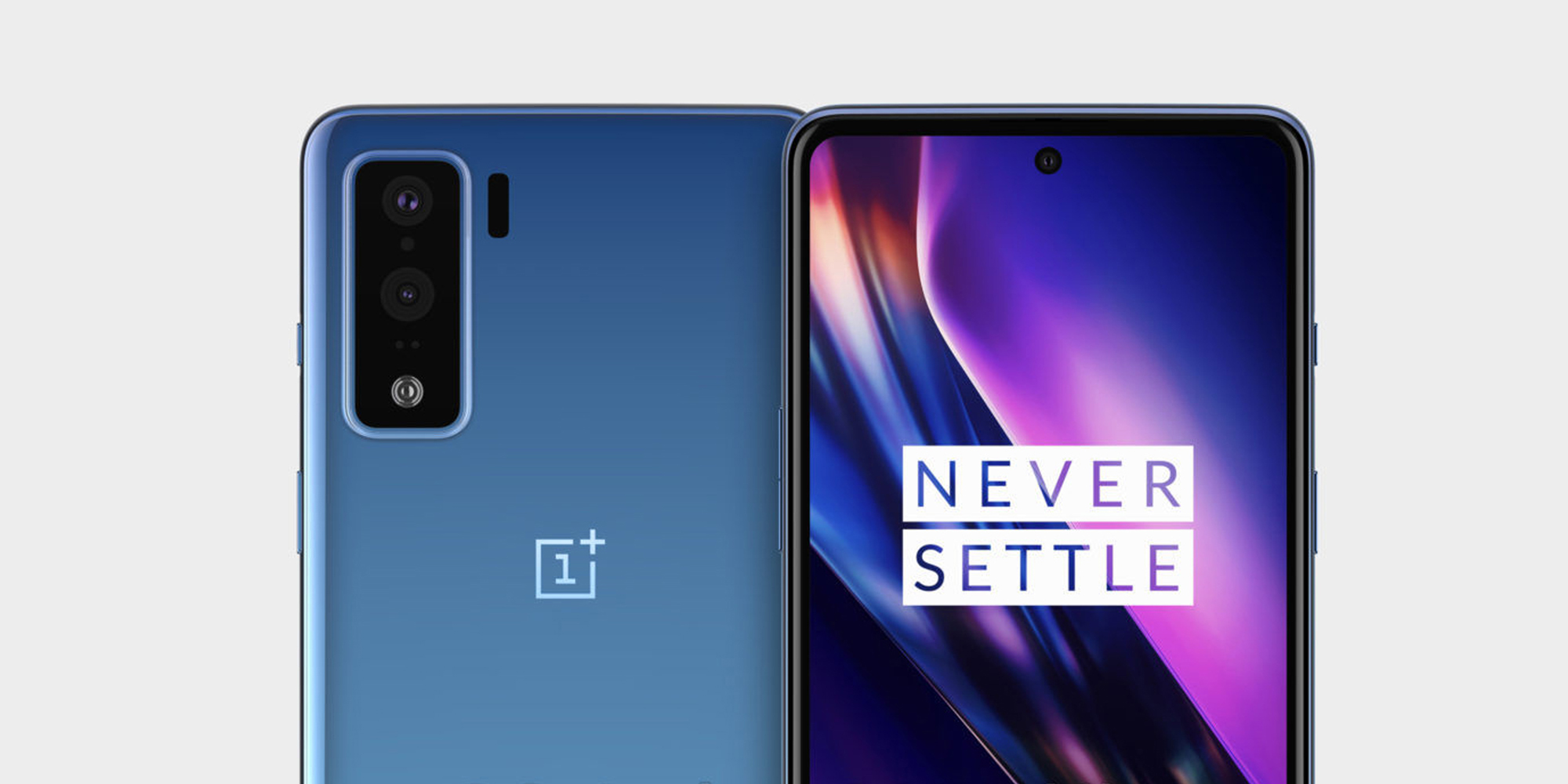 The main instigator for leaks for the OnePlus Nord series has been German-based leakster Max J. who has teased us with details and tidbits for a little while now — including the camera.

We know that the rear camera setup will include four distinct lenses. This does throw into doubt the early renders we have seen, which only showcased a triple camera setup at the rear. However, we can speculate about the focal lengths, but it would be safe to assume that we’ll have something similar to the standard OnePlus 8 in terms of camera hardware.

Expect to see at least a 48-megapixel sensor at the core, with something like a 16-megapixel ultra-wide-angle lens, 12-megapixel telephoto, and either a macro or depth sensor rounding out the rear camera setup.

We actually don’t what colors we will see the latest OnePlus device in but we think it might follow previous designs. Without many rumors over the colors, the recent leaks and social media posts lean heavily into blue, which leads us to believe that we will at least see a blue OnePlus Nord. 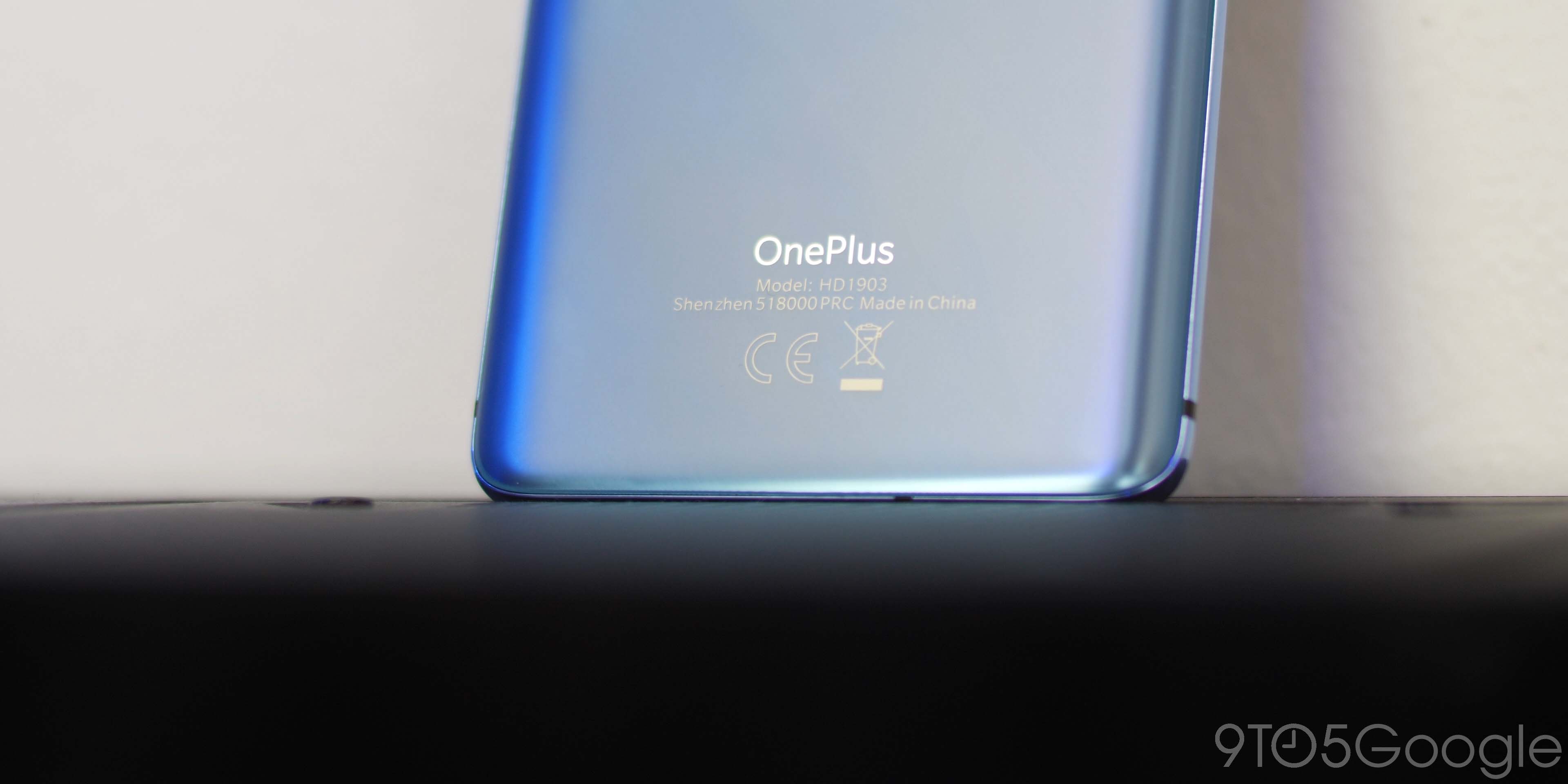 With previous OnePlus releases, a series of pop-up events allow avid fans to get hold of the devices ahead of the public launch. This is usually around a week after the launch keynote. So speculating, we would imagine that the OnePlus Nord will hit shelves towards the end of July.

US fans, we’re sorry. It doesn’t look as though you’ll be able to get it in stores at all at this early stage.

We’re expecting pricing to be relatively low. Pete Lau took to the Official OnePlus Forums to confirm that this upcoming device is part of a “new, more affordable smartphone product line.”

Considering the previous pricing history, we would imagine that means under $500. Expect to see a launch price of something around the £399 or €399 bracket.

What the OnePlus Nord won’t include

Sorry, even as many affordable Android devices including the Google Pixel 3a come with wired audio capabilities, OnePlus has decided that it’s Bluetooth or bust — although you can get USB-C Bullets earbuds too. 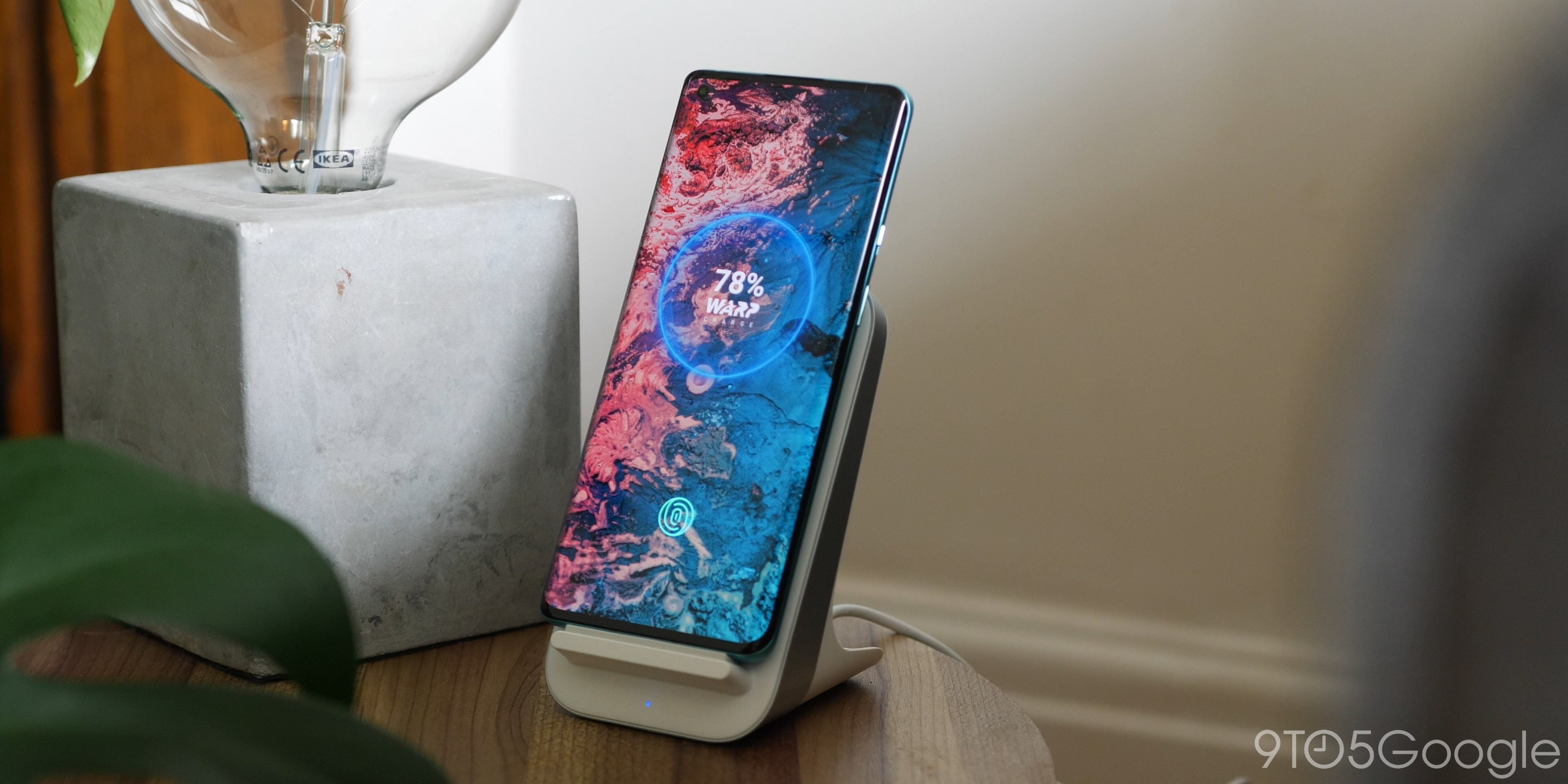 Nope. You’ll just have to rely on the wickedly fast Warp Charge 30 instead.

Don’t expect a full IP68 rating on the OnePlus Nord. This time around, only the flagship OnePlus 8 Pro will be available with high-level water and dust resistance. That might be disappointing but maybe we’ll see it filter down to the more affordable OnePlus devices in the coming years.

What are you hoping to see on the OnePlus Nord?

We want to open up the floor to you: What beyond the leaks and even including the leaks would you like to see come launch day? We are now on a countdown to see the OnePlus Nord in the flesh for the first time.

Let us know in the comments section what you are hoping (or not hoping) to see from the OnePlus Nord. What OnePlus Nord rumors are you excited or disappointed by? Remember to keep it civil.