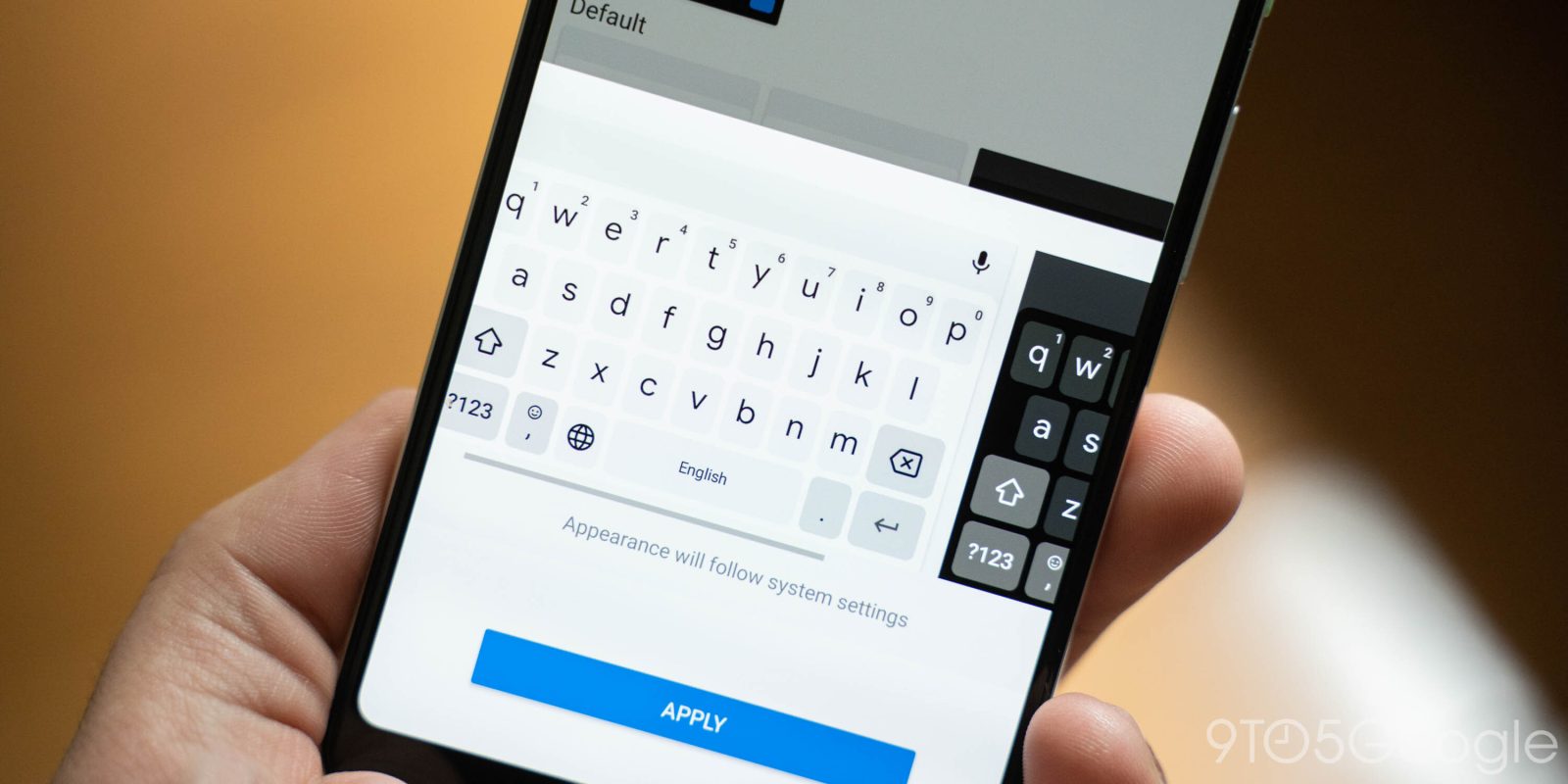 For those on the Android 11 Beta, the latest Gboard 9.6 beta on Tuesday started surfacing the new Emoji 13.0 characters. This release also reveals a new dark theme that can be automatically set, as well as Google Lens integration.

Back in April with version 9.3, we showed off a new light theme that drops the colorful enter key and features a brighter background with slightly darker keys. More notable is how the top corners are every so subtly rounded to fit the Google Material Theme.

Gboard 9.6 reveals a “Default Dark” theme with a black background, darker keys, and serves as a counterpart to the “Default Light.” In fact, Google will finally offer a “System Auto” option that respects the settings theme toggle in Quick Settings. When live, you’ll be able to make a selection from the “Theme” menu.

The app is testing a quick shortcut to launch Google Lens, which itself is due for a revamp. There’s no deeper level of integration than just launching that “app.” We can also see an Assistant icon in the shortcuts strip — work on this dates back to last year, but it is not functional in Gboard 9.6. Both would be useful in light of Gboard losing built-in Google Search capabilities.