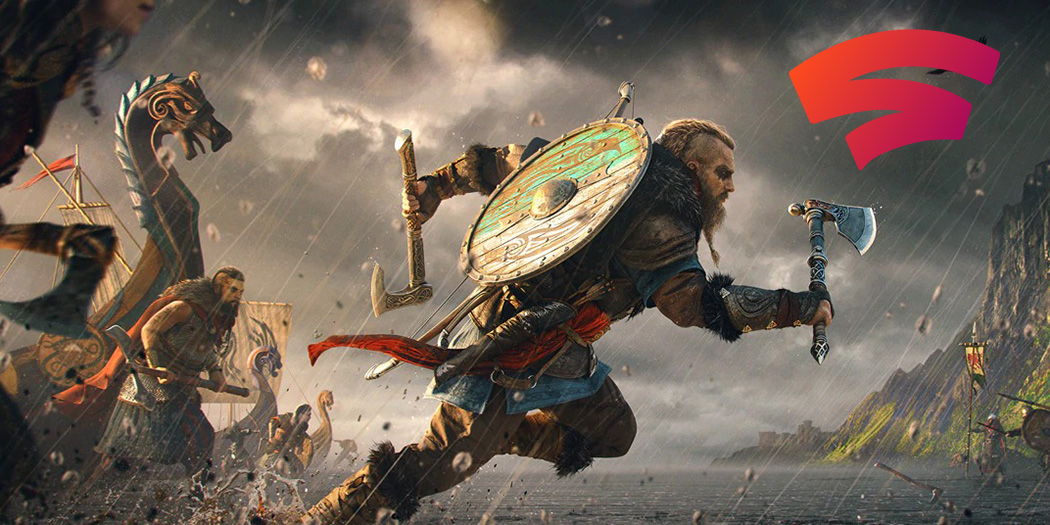 Ubisoft announced today that Assassin’s Creed Valhalla is set to arrive later this year — the holiday season, to be specific — on both current-gen and next-gen consoles including the PlayStation 5 and Xbox Series X. In addition to that, the game will also arrive on Google Stadia. From the looks of it, it might be a simultaneous launch, too.

Where Odyssey took place in the times of the Peloponnesian War and Ancient Greece, Valhalla sees the player as Eivor, the leader of a Viking clan. That character can be male or female and can be customized with different hairstyles, tattoos, and war paint. The game takes place across Dark Age Norway and England.

Assassin’s Creed Valhalla throws players axe-first into ninth-century England, an age of warring kingdoms and Viking conquest. As Eivor, a fierce Viking raider, you’ll lead your clan to build a new home amid England’s fractured dominions. Launching Holiday 2020 on PS5 and Xbox Series X, as well as PS4, Xbox One, PC, and Stadia, Assassin’s Creed Valhalla will let you raid, conquer, and fight for glory in a mysterious, brutal new land.

Update 7/12: Ubisoft has just confirmed that Assassin’s Creed Valhalla will be launching on November 17th, 2020. As far as we’re aware, the game will still be launching on Stadia on the same date as other platforms. Below, you can check out a 30-minute demo of the title’s gameplay.