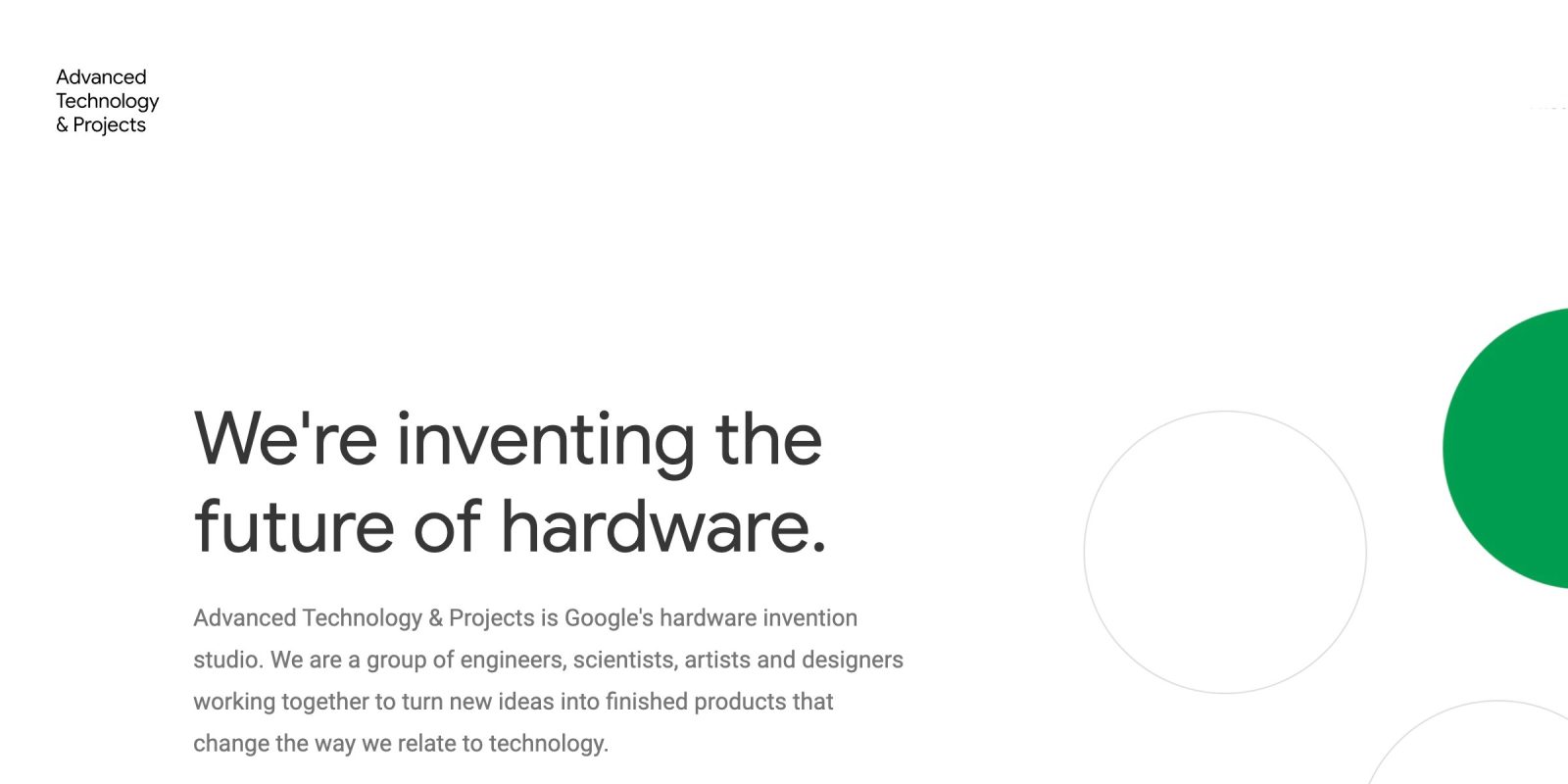 The Google Pixel 4 gave ATAP-created hardware its widest launch yet. Besides Soli, recent products include the Jacquard-powered Adidas GMR insole, Levi’s Trucker Jackets, and the YSL backpack. A deep dive today reveals what else the Advanced Technologies and Projects group is working on and its new direction.

Fast Company today profiled ATAP and head Dan Kaufman, who has held the role since Regina Dugan’s departure in 2016. He also worked at DARPA, but has chosen to keep the division’s work under wraps until now.

The group’s “ambitions remain expansive,” but efforts are more closely aligned with the Made by Google division it’s housed under. This specifically means post-smartphone and ambient computing projects, like wearables and other devices embedded with sensors and on-device smarts. The broader mission, in Kaufman’s words, is how to “make Google hardware as helpful as Google software?”

‘When I came here, I thought there were a lot of really, really interesting projects,’ says Kaufman. ‘It was just cool stuff. But there wasn’t really a cohesive vision or strategy. And I think if you want to have impact at a company like Google, you need to have a bit more focus. There’s that great [Wayne] Gretzky quote — “don’t go to where the puck is, go to where the puck is going to be.” If I wanted to influence Google, then I had to be really, really tightly aligned with Rick Osterloh’s vision, and how he sees things.’

Once change instituted is how two-year deadlines are no longer followed as Kaufman’s believes that to “build something really meaningful at a scale that Google’s going to do, four or five years is not surprising.” For example, Soli took quite a while to miniaturize for the Pixel 4, while today’s today’s article reiterates how smartwatches were the original vision.

The Fast Company article ends on a grab bag of what ATAP is currently prototyping:

Another one of Alex Kauffmann’s works in progress involves quick transfers of information — from one device, such as a smartphone, to another. He demos it to me by choosing a map location on a test phone, hovering that phone over another one I’m holding, and then ‘dropping’ the location onto my device.