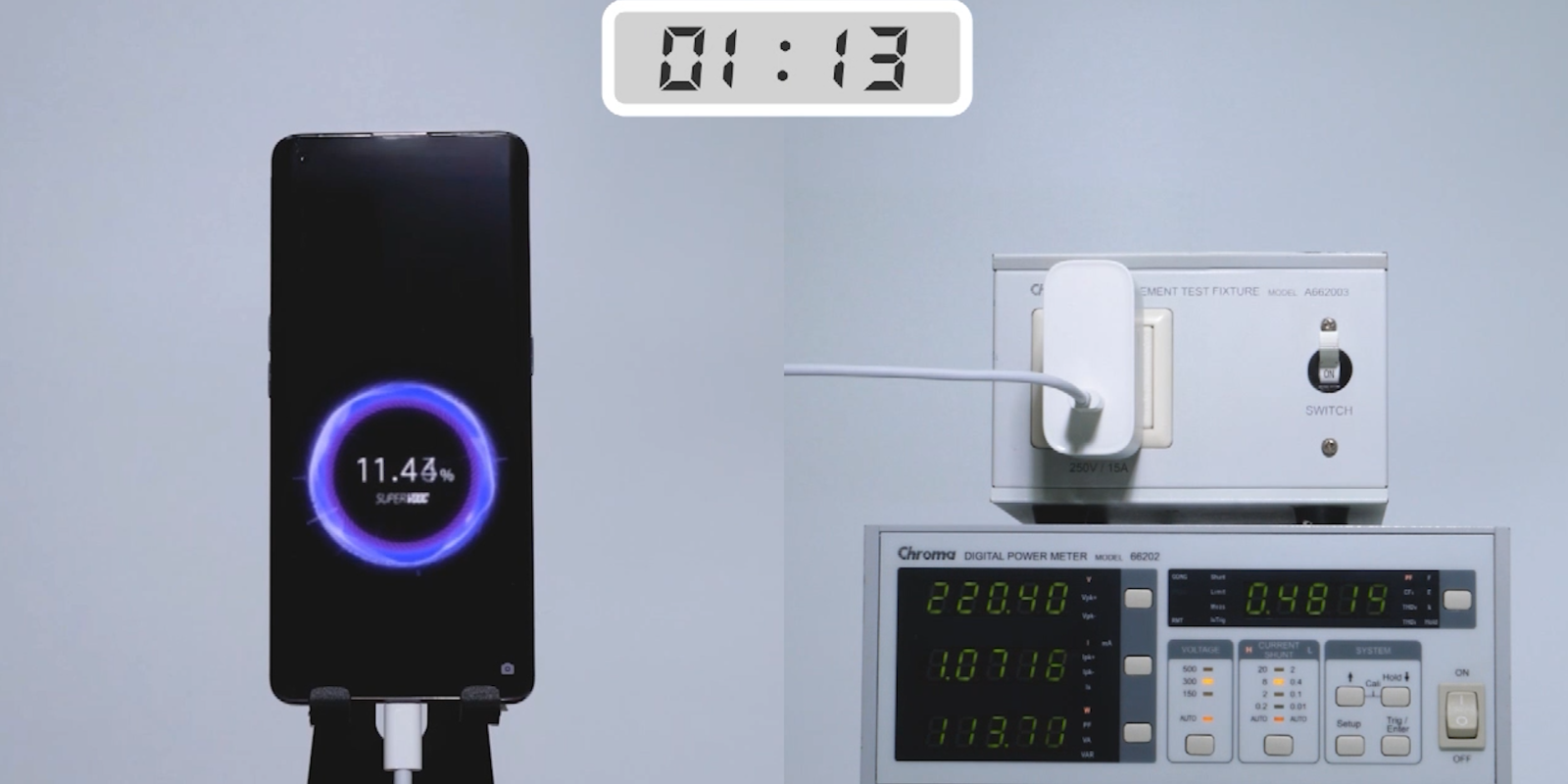 Oppo has just unveiled its insanely fast 125W charging technology that will take future smartphones just 20 minutes to go from 0 to 100% battery.

Now that isn’t all, as the firm has also announced 65W AirVOOC wireless charging that is among the fastest wire-free methods seen to date. That mimics the already impressive SuperVOOC 65W fast charging via cable that has been standard on recent Oppo-branded flagship smartphones.

The headline speed of that 125W charging tech means that a smartphone with a 4,000mAh battery can go from dead to full in under 30 minutes. However, the first charging phase is far faster. Just 5 minutes connected to an Oppo 125W charger will take a 4,000mAh cell to 41%.

While this is impressive to say the least, real-world speeds will likely vary slightly. It’s also worth noting that no currently available Oppo smartphones — or other OEM devices for that matter — will be able to take advantage of the crazy fast charge speeds. That said, you can check it out in action below:

Because of the inherent roadblocks, the smartphone, battery, charge brick, and cable all need to be designed to ensure safe power delivery of such superfast 125W speeds. There is also the question of heat, higher charge speeds mean heat is a big problem. To help mitigate the heat generation, Oppo has added 10 temperature sensors to the 125W power brick for in-depth monitoring during the charging process.

Considering how few Oppo devices include wireless charging, the firm has taken a massive leap by introducing 65W wireless charging too. The 65W AirVOOC tech is able to take a 4,000mAh cell from 0 to 100% in approximately 30 minutes — that would actually make this faster than any currently available wired charging tech.

Alongside the new 125W and 65W wireless charging tech, Oppo also unveiled new compact power bricks that utilize GaN technology. By doing so they have been able to reduce size substantially. A 50W mini power brick is now around the size of a business card holder — which is super small. There is also a new 110W mini flash charger that is around the same size as a generic 18W charge brick.

Let’s hope that Oppo can get 125W and 65W wireless charging tech into some late-2020 devices.