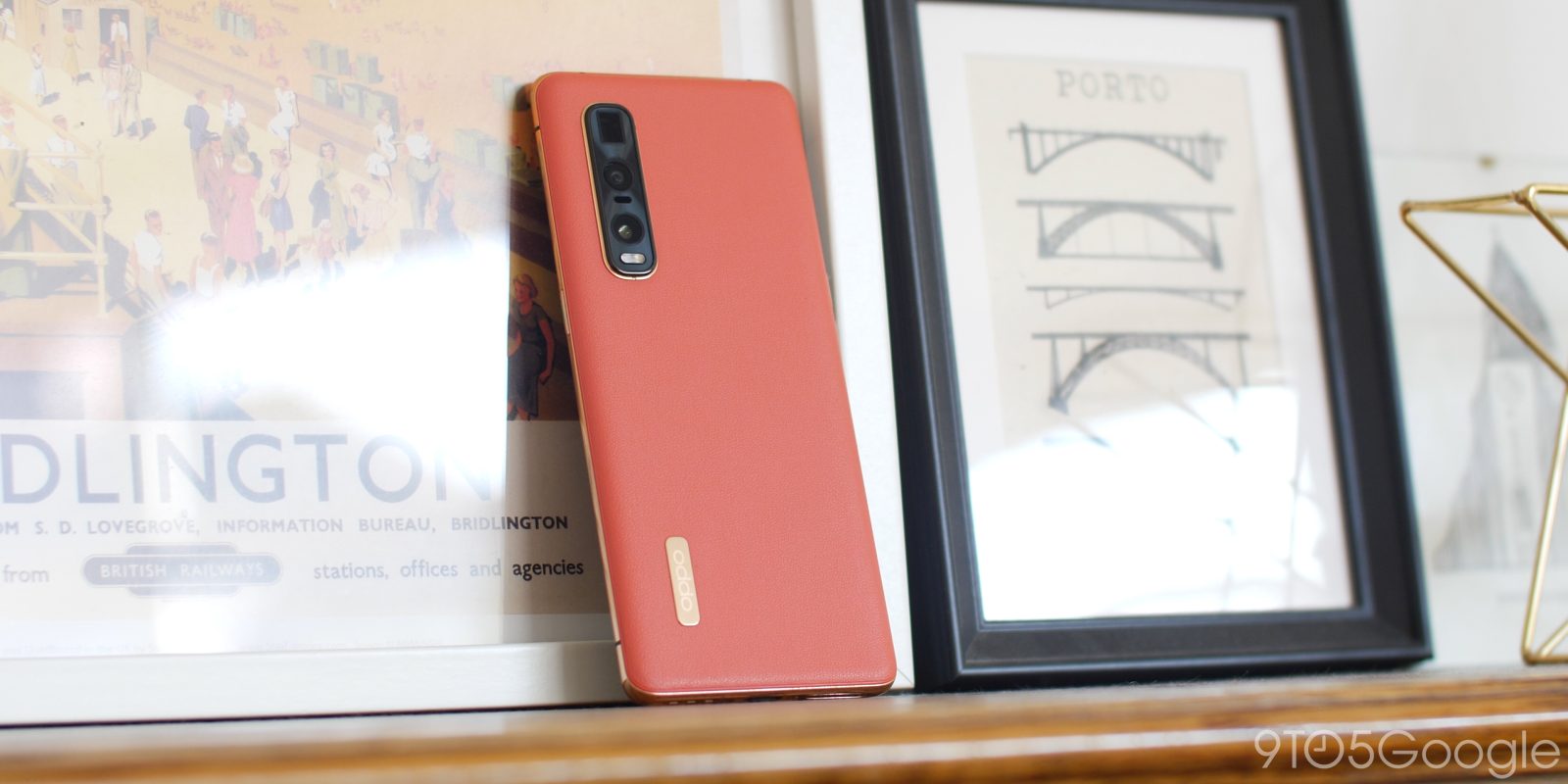 The Oppo Find X2 Pro has side-stepped the innovation of its pop-up predecessor for a more head-on “regular flagship” approach.

While the initial excitement might be inherently lost, thanks to a more “standard” design and lack of real attention-grabbing inclusions, the rest of the Find X2 Pro is a more nuanced affair. To be clear, it feels very much like Oppo is directly gunning for the Samsung Galaxy series with this latest flagship device.

The firm will also no doubt be looking to capitalize on the “vacuum” being left in global markets without Huawei as a direct competitor. On the original Find X, the stupendous design was enough to make people sit up and take notice, this time around it’s the powerhouse internals and the absolutely glorious 120Hz QHD+ display that take a headline spot.

2020 has been a very odd year for flagship smartphone releases. Oppo has found itself mixing with some of the more established players in the industry thanks to a lack of Mobile World Congress, online launches, and cancellations.

Naturally, the follow-up was anticipated and although it doesn’t quite have the same outright wow factor, it still impresses in almost every regard with just about everything you could want from a flagship smartphone in 2020. We’ve spent quite a substantial amount of time with Oppo Find X2 Pro to learn just how it stacks up to the competition. 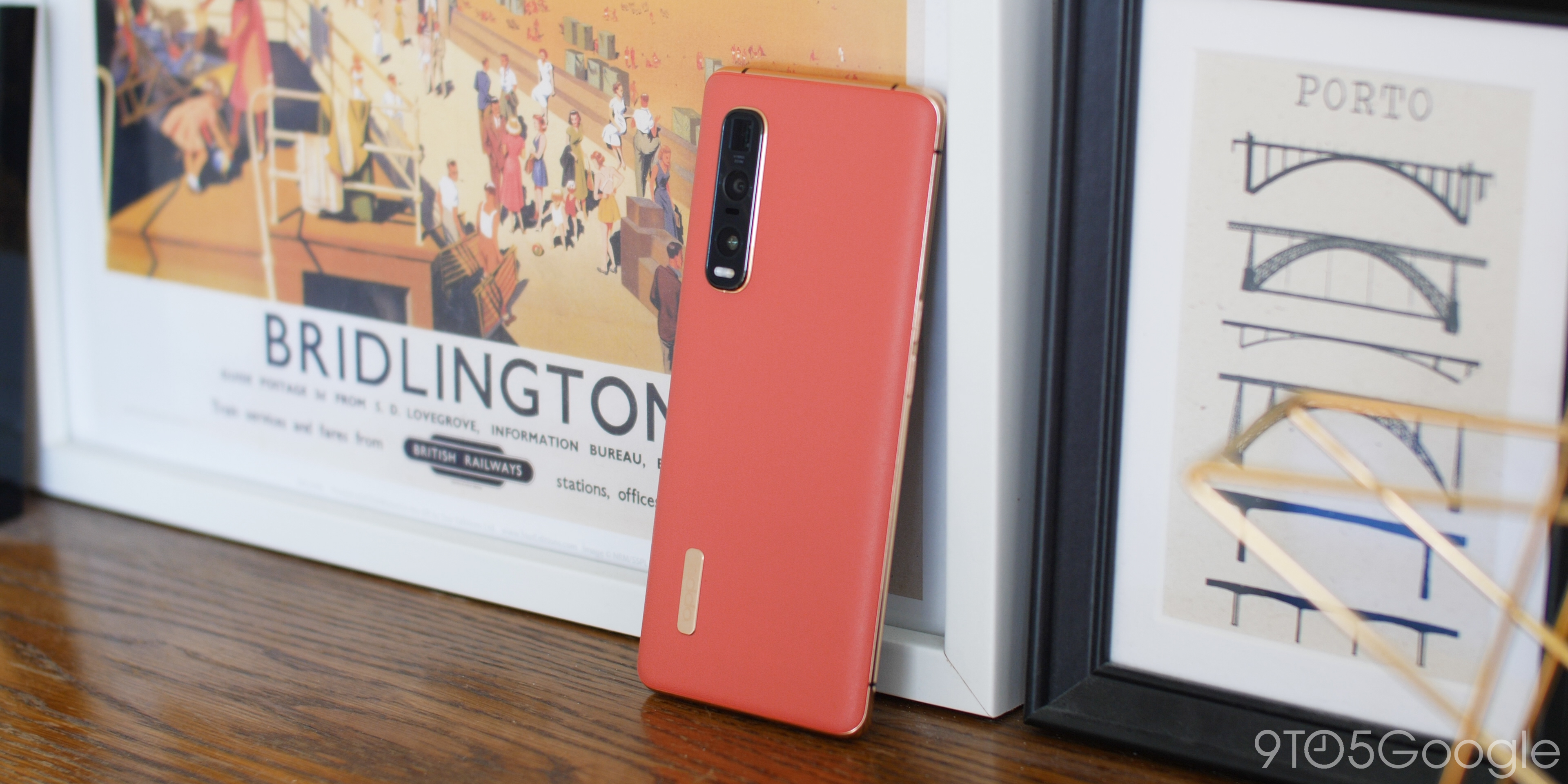 I’ve fallen in love with the look and feel of the Oppo Find X2 Pro, thanks in part to the vegan leather back. It makes a surprising change to the two-tone glass backs that we’ve seen littering the market over the past 18 months.

Not placing the Find X2 Pro in a case is one of the best things about this phone. I feel far less worried about doing major damage when the backplate won’t scratch up in the same way. I’m not entirely sure how well vegan leather ages, and if it does so like real leather, I’m excited to see a unique character form the longer I use this device.

There is some notable dings to the protruding rose gold Oppo logo at the rear though. It’s like a tag you’ll see on expensive purses and handbags and I’ve managed to scuff it on a pocket zipper but it still looks good in my opinion. Of course, all of these quirks will only be relevant if you pick up the orange vegan leather option. A more standard ceramic black model is far more stealthily executed.

At 6.78-inches this is undoubtedly a big phone and one that catches the eye. I have large hands, so it isn’t an issue for me. Those with small hands might not have the best of times shuffling digits to get to the important parts to the display though — and what a display. 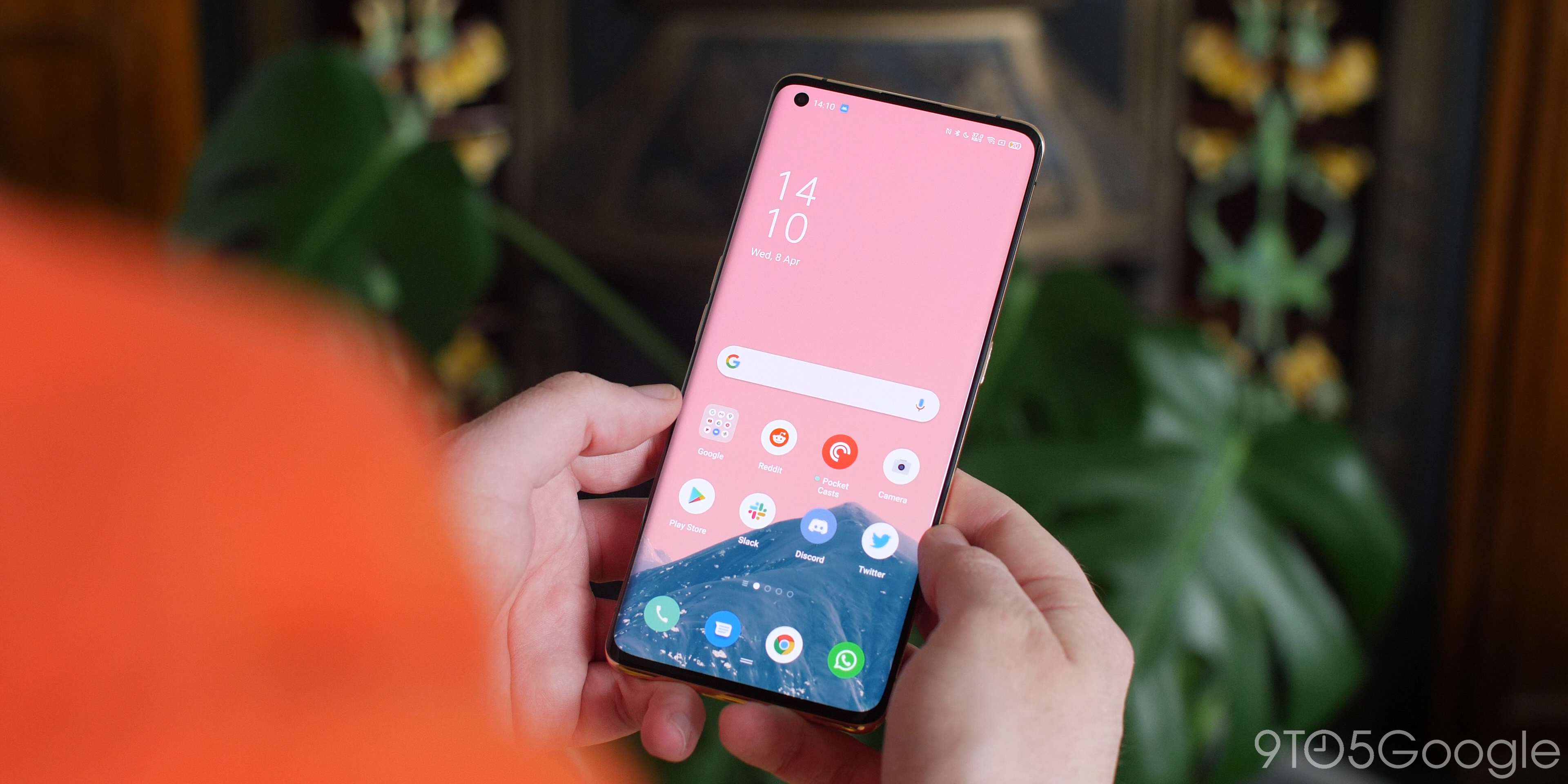 Oppo may have tried to sell the Find X2 Pro with a “3K” display but make no mistake, this is one of the finest AMOLED panels on the market. I am completely sold on high refresh rates, even despite many applications not fully supporting the display feature just yet. 90Hz is great but the difference between 60Hz and 90Hz is, naturally, not quite as pronounced as 60Hz and 120Hz.

We inherently scroll, swipe, and tap with our smartphones — and this is where 120Hz is the king. Everything feels so much more fluid and responsive in a way that a 60Hz display simply can’t. Poor app animations do become more pronounced though at times, which can lead to a jarring experience.

Downscaled 4K videos and online content exude extra detail that you simply wouldn’t notice on inferior panels. Although I can’t say I’m a huge fan of the frame insertions that occurs in a bid to help smoothen out videos. It makes certain content feel very artificial and purists will point out that certain content is shot in a frame rate that it is supposed to be consumed at — which I kind of agree with.

Some minor observations aside, when you use a 120Hz display for the first time, it really does make the world of difference. 90Hz is a nice taster but 120Hz and above will really change your perception of what constitutes smooth on a smartphone screen. Gaming and display interactivity are particular highlights.

I’ve found it hard to switch back to devices with lower refresh rates, such is the effect of the Find X2 Pro’s panel on me. 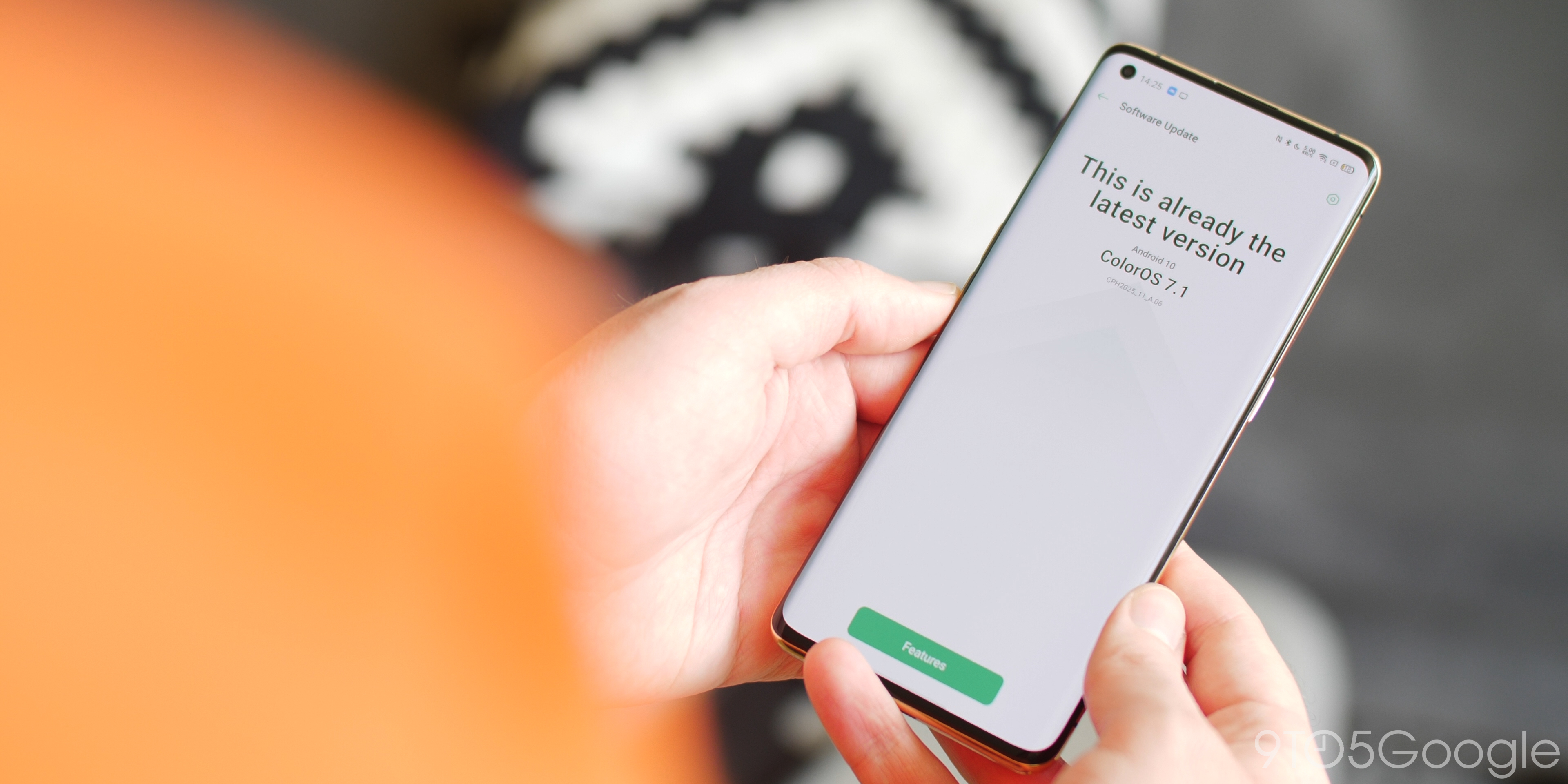 The guts of the Oppo Find X2 Pro are up there with the best in the business. Combine the Qualcomm Snapdragon 865 chipset, 12GB of RAM, and that 120Hz display and you’ve got the foundations for a great overall experience.

I alluded to the improvements in ColorOS during my hands-on period, but I have since grown to quite like the third-party skin. There are still some odd or “interesting” little quirks here and there but it really doesn’t detract from the overall experience too much.

Certain areas have been toned down quite substantially, and you can clearly see many of the OxygenOS influences. The addition of extra quick gestures like the ability to swipe back and hold to enter the last app opened, or triple swiping up to enter split-screen mode are notable software tweaks that help enhance ColorOS 7.1

To summarize: ColorOS 7.1 is basically Android 10 with some extra bits tacked on. The gestures are a straight carbon copy of those you’ll see within OxygenOS — with some added functionality. You’ll instantly recognize some of the other quick gestures and display tap shortcuts made to help make your life easier. Because of that, if you’ve used a OnePlus device before, you’ll feel right at home.

Being able to launch into the camera by swiping an “O” on your lock screen almost makes up for the lack of power button double-tap quick launch. Getting from the lock screen into your device is effortless thanks to the optical in-display fingerprint scanner. It’s one of the fastest that I have used, plus it’s accurate.

While I don’t mind the overall experience, the lack of a Google Feed as part of the in-built Oppo launcher meant that I slapped Lawnchair Launcher on the Find X2 Pro within a few days. This is really enhanced the experience even further still — and has me yearning for a Pixel with a bumped 120Hz refresh rate hopefully soon.

The biggest worry is the poor update track record that Oppo has with other devices it has released. When the Find X2 Pro costs close to what you’ll pay for the Samsung Galaxy S20 Ultra, update speed should be a core consideration — maybe Oppo can follow OnePlus’ lead in future.

I’ll also add that the inclusion of 512GB of UFS 3.0 storage is superb for storage anxiety. I feel less worried about shooting heaps of storage-hungry photos or 4K footage — although the current situation means it’s hard to get out and do so. 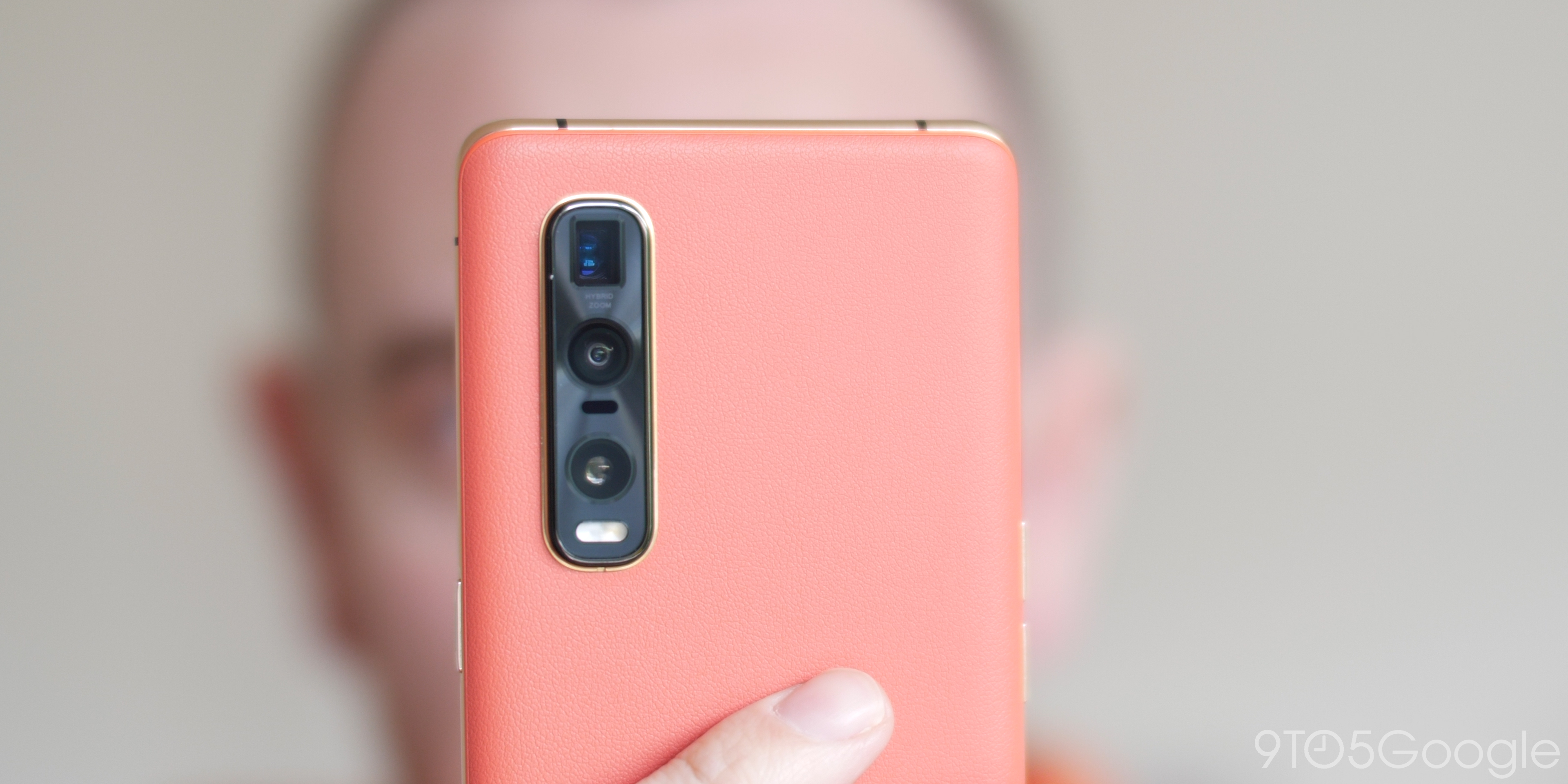 The Find X2 Pro takes some of the recent camera nous that Oppo has developed over the past 18 months and applies quite liberally. It’s a fairly capable combo of telephoto, ultra-wide-angle, and main lens that can cope in just about any scenario. It also happens to be an absolute unit of a camera nodule too.

A dual 48-megapixel sensor setup results in spectacular images in almost all lighting conditions. You get great sharpness, clarity, and excellent dynamic range. Some of that is undoubtedly down to the large 1/1.28-inch sensor and wide f/1.7 aperture. 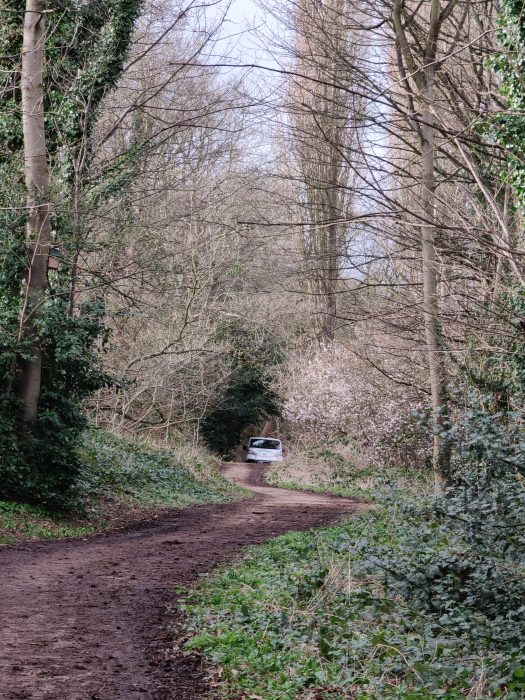 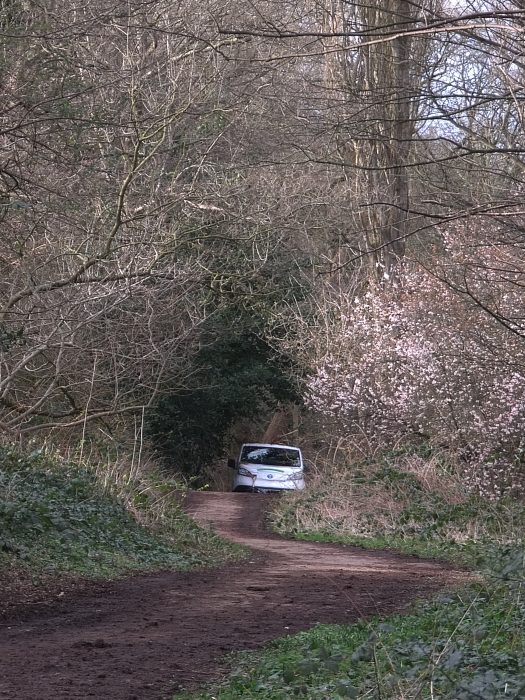 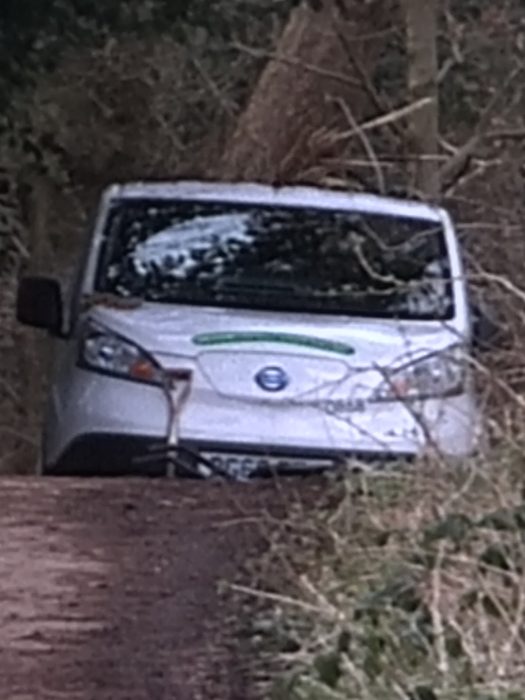 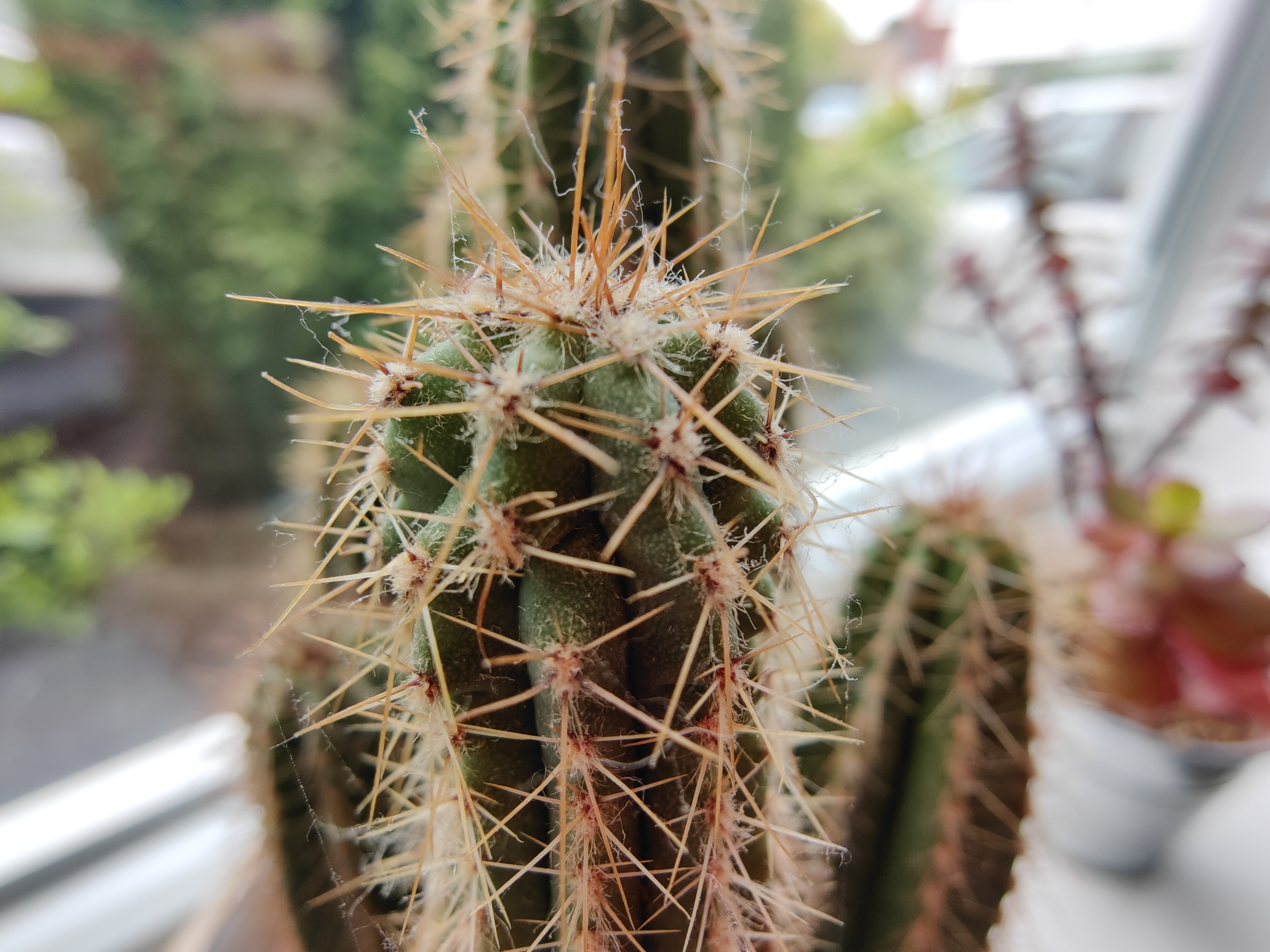 Low-light competencies are also par for the course with the Find X2 Pro. It manages to do wonders with a single shutter snap. It doesn’t quite mimic the expertise of the Huawei P40 Pro but it is more than a match for the Pixel 4’s Night Sight.

It’s great to have another camera system that can cope when the lights go out. The camera will automatically revert to this night mode, but there is also a long exposure Night mode setting if you want to push the results even further.

The inclusion of a 5x optical periscope zoom lens is one that really rounds off the package nicely. That bumps to 10x with hybrid and the results are very, very impressive. Zooming in reveals those extra details and allows for subject cropping for a better overall composition.

You’ll get usable images up to 30x zoom too, beyond that though, it’s a bit of a “hit or miss” affair that isn’t worth spending too much time over. I’ve made no secret over my disdain for ultra-wide-angle photography but the Find X2 Pro doesn’t suffer from major distortion and I’ve found myself using it more often than competing wide-angle lenses.

It’s probably going to be disappointing to hear that I haven’t been able to thoroughly test the video capabilities. Not being able to head out hasn’t helped. That said, the stabilisation when using the 5x and 10x zoom really is superb. I have to admit that at times, it isn’t immediately clear that you have recorded videos handheld — especially as the Oppo software stabilization works so well across all lenses. 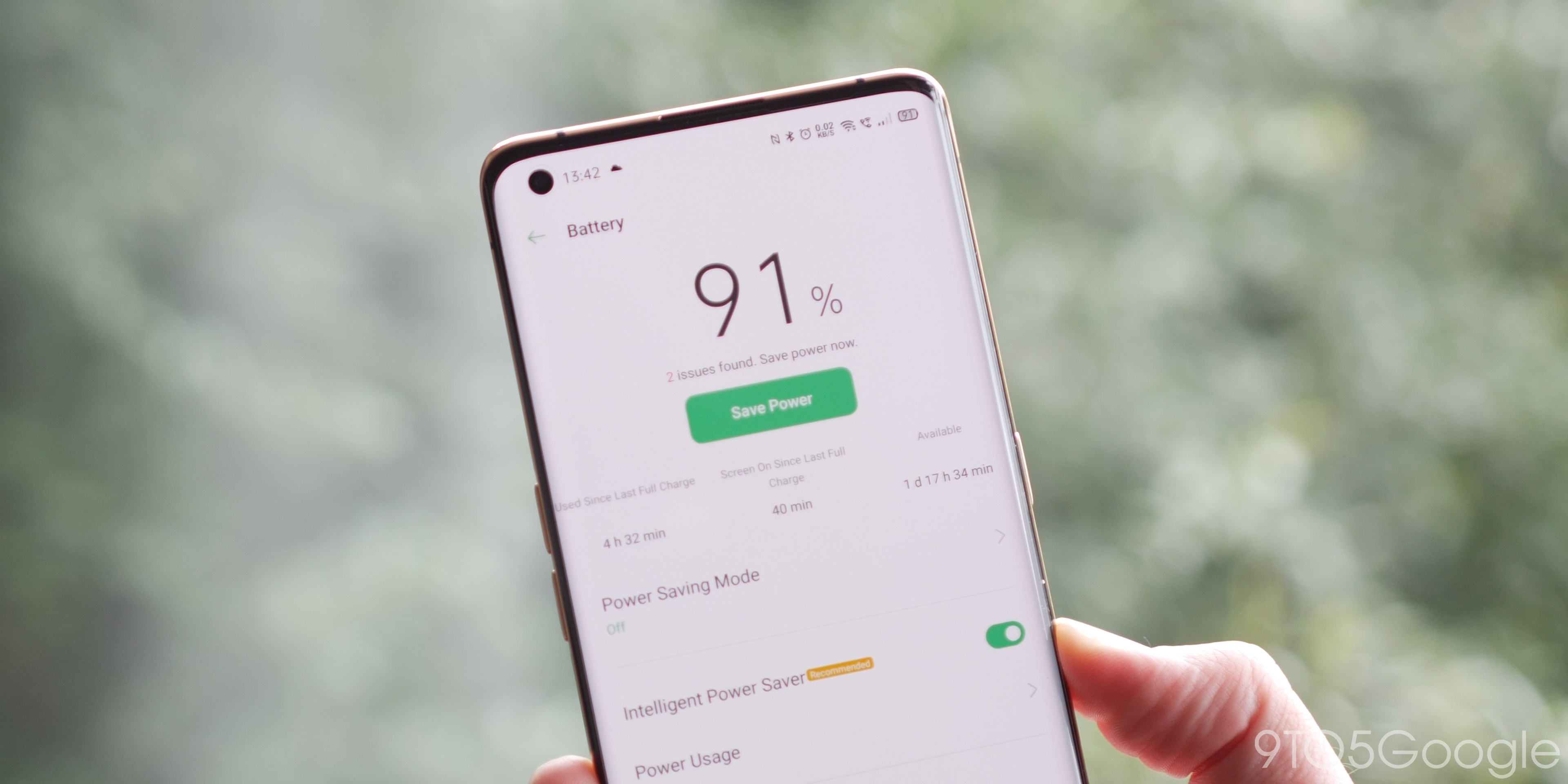 I mentioned during my hands-on that the battery was one of the biggest worries ahead of time was the 4,260mAh capacity cell. I been a little dumbfounded at how good the battery has been at the 120Hz QHD+ setting though. I have been able to net around five to six hours of screen on time quite regularly.

With some display resolution tweaks, you’ll likely achieve even better results but the overall experience has been surpassing what I had anticipated with such a power-hungry display.

I did, however, notice the biggest drops when using data-sapping video calling apps like Google Duo. A one-hour phone call on a 4G connection did take the battery down around 20% in one sitting — from 90% to 70% capacity. This isn’t anything out of the ordinary but it’s something I noted during my extended review period. 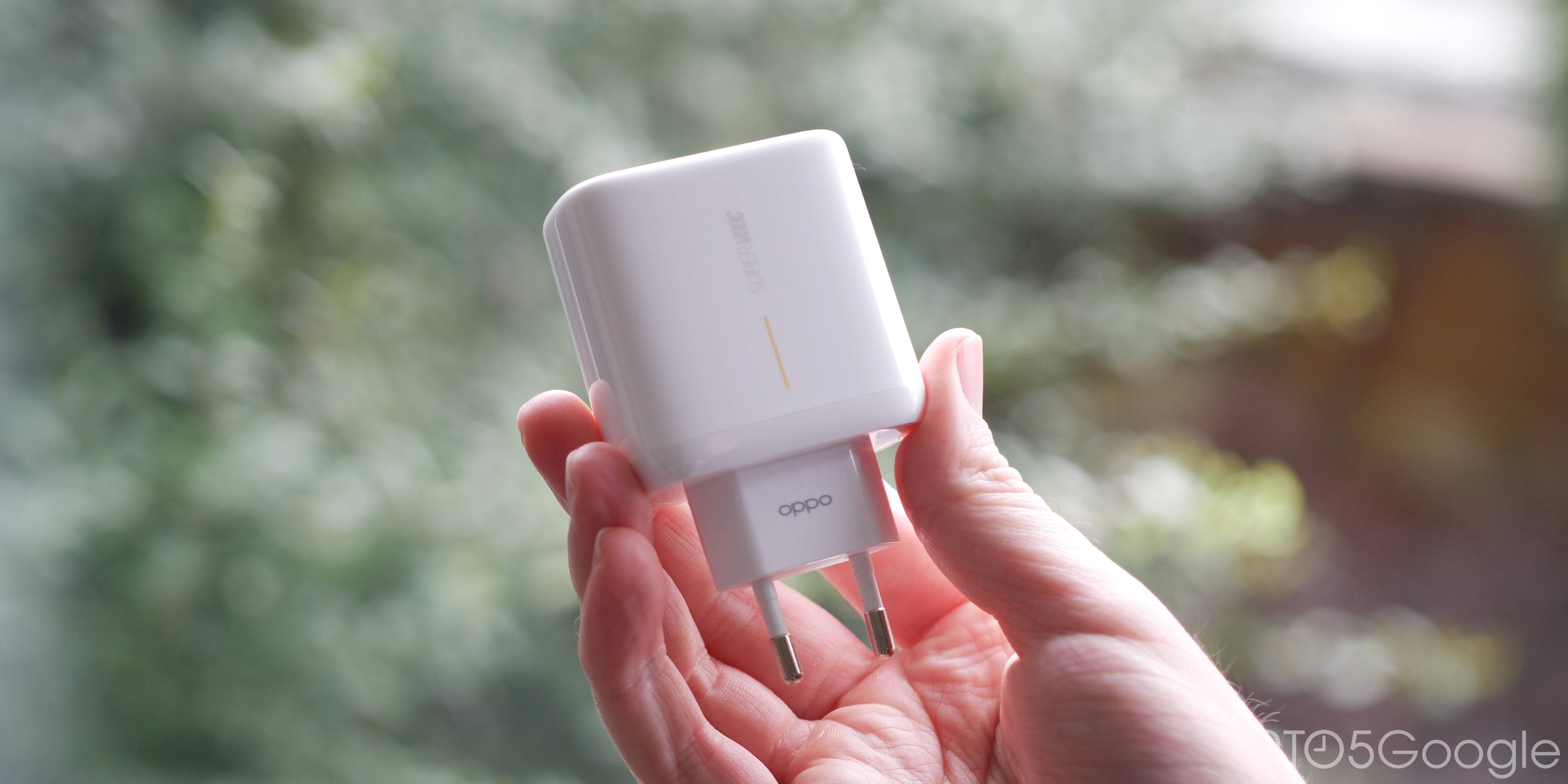 One of the biggest frustrations with this $1,000+ smartphone is the lack of wireless charging. It’s incredibly frustrating to not have the option when you consider that asking price. Although when you try SuperVOOC 2.0 charging for the very first time, it melts away that initial frustration.

This is the fastest available wired charging standard on any smartphone. Being able to go from 0 to 100% in under 40 minutes feels like some sort of magic trick. It’s actually ever so slightly faster than that, taking you from dead to capacity in 38 minutes.

The Oppo Find X2 Pro is a fantastic alternative to the Galaxy S20 series but does have some notable trade-offs might make the difference to the conscious buyer — especially when the entry price is so high.

It undoubtedly lacks the X-factor associated with the original but manages to make up for it with superb performance and a camera to match. Oppo may have dropped the experimental approach but the result is still one of the stand out smartphones of 2020 so far.

The bigger question is if it’s worth well over $1,000 of your hard-earned cash — and it’s unclear if you’ll even be able to buy it in all global regions. With the OnePlus 8 series set to come to market very soon and likely with a lower price-tag, arguably better software, and similar 120Hz display, it might be wise to wait and see what Oppo’s BBK Electronics stablemate brings to the table.