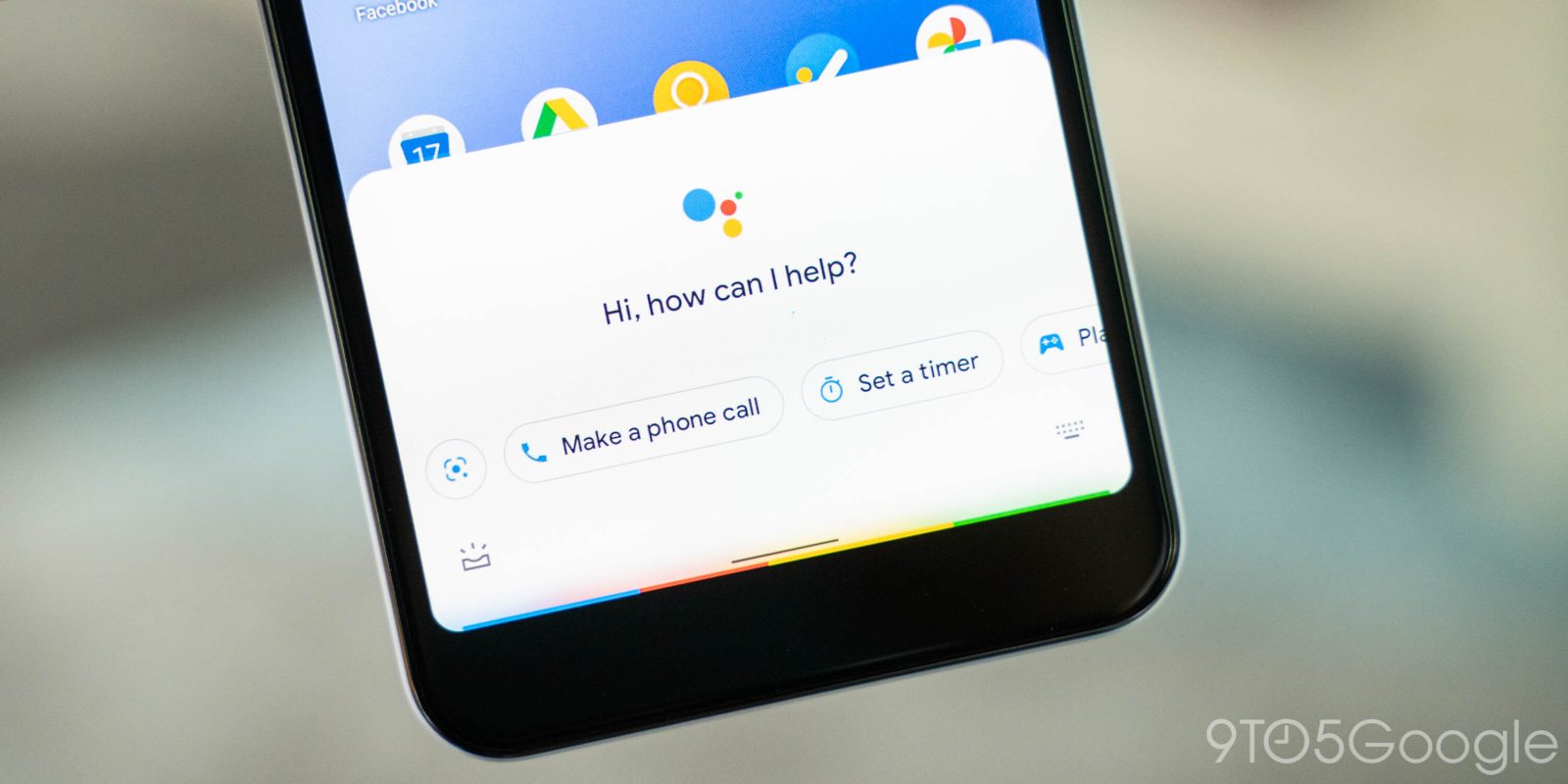 For the past several months, Google has been testing a more compact Assistant UI that takes some visual queues from the Pixel 4. The marquee change is how results don’t take up the entire screen. The company is now testing another Google Assistant design that brings the light bar to non-Pixel phones.

On the Pixel 4’s new Google Assistant, the light bar is shown when the microphone is active and listening. It pulsates as you speak and continues to animate until an answer is returned. This interface is very bold and quite prominent.

Meanwhile, all other Pixels on Android 10+ have a variant of the light bar. When swiping up from the corner, light streams in from the sides of the phone and groups together at the bottom and then the Assistant panel appears.

Google now looks to be bringing the light bar to non-Pixel 4 devices as part of the latest Assistant design. There are some key tweaks from the “compact Assistant” that has been A/B tested in recent weeks.

It starts by doing away with the pill-shaped controls at the bottom of your screen. Lens, voice, and keyboard lookup are not grouped together anymore. There is no longer a microphone that animates into four dots and later a waveform as you talk. This is replaced by the light bar to signal that Assistant is actively listening.

Keyboard entry has been moved to the right corner, just like on the Pixel 4, while the Snapshot feed can be accessed from the other end. Meanwhile, the Lens icon has been moved to the front of the suggestion chips carousel. Lastly, there’s a large “Hi, how can I help?” prompt with the logo above.

We have confirmed that this is not the faster, on-device Assistant that’s currently only available on the Pixel 4 — and expected on the 4a — as Continued Conversation is not available on phones with this new design.

This design looks to replace the compact Assistant design. However, results here also do not take up the entire screen, thus preserving the context of what you were previously doing.

There are at least two reports of this design on both Pixel and non-Pixel devices. It’s not widely rolled out yet.