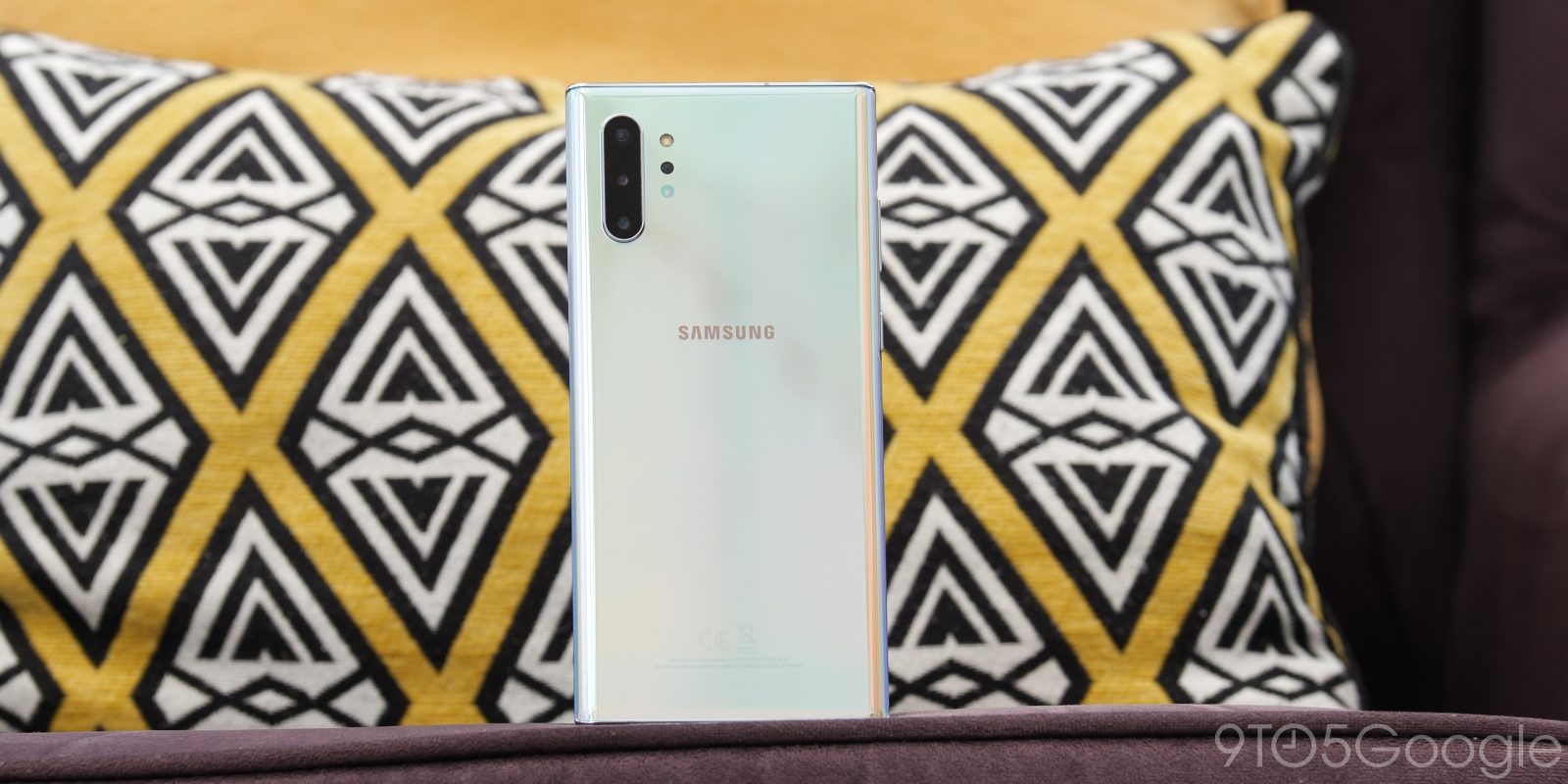 The Galaxy Note 10 and Note 10+ are fantastic smartphones that have left an indelible mark on the smartphone industry even 12 months after launch.

We’ve had a conveyor belt of new releases from across all areas of the industry but Samsung remains one of the few OEMs that can generate interest of non-tech fans across the globe. When the South Korean firm releases, teases, or confirms a new piece of hardware, it’s important.

As smartphones claw at the $1,000 and in some cases the $1,500 price points, it’s becoming harder to justify upgrading your device quite as often. Luckily, almost all of Samsung’s flagship lines have shown that they have a solid extended shelf life thanks to pertinent design decisions and hardware futureproofing.

While it’s easy for us to make that claim, just how does the Samsung Galaxy Note 10 hold up when compared to its younger peers?

12 months is a long time in the smartphone industry. We see things come and go – i.e. pop-up selfie cameras throughout 2019 – but it’s hard to deny that the Galaxy Note 10 still looks as gorgeous as it did on launch day.

Samsung essentially kicked off the all-screen design back with the Galaxy S8. The Note 10 and Note 10+ carry the flag and really haven’t aged a dot as a result. At the rear, the shift of the camera module to the upper left is a bit more “generic” but the Aura Glow color is stunning in person – and images. Catching the light at just the right angle unearths colors and tones that you can’t always see.

Huawei may have led the charge with two-tone multi-color finishes but Samsung’s own attempt is one of the best bar none. The tones shift and alter at certain times of the day or lighting conditions. It’s certainly more striking than plain or matte finishes.

Having the larger Galaxy Note 10+ model, it feels thin and light but also solid and well packed. The Note 10 feels “premium” from the materials to the way the curved glass sits flush with the side and top bezels. I think that is where Samsung products have really improved over the past few years. It’s the design nuance that really endears you to a product.

I really like the boxy shape, it’s not entirely boxy but the flat top edges feel great to hold. If you have small hands, this is undoubtedly a two-hand device but you don’t give up any functionality in such a large form factor.

The crowning jewel on the Galaxy Note 10 series is undoubtedly its display. It’s easily still one of the very best on the market a year after release. Bezels are almost non-existent, which is aided by those softly curved sides. Put the Galaxy Note 10 and Note 10+ in a lineup of the very best smartphones of 2019 or 2020 and it manages to hold it’s own quite comfortably.

I make no secret of the fact that I’m a huge fan of higher refresh rate displays but coming back to 60Hz panels, I realize that it isn’t quite as important as I thought it was — especially on a smaller form factor mobile rather than laptop or desktop display. There’s no denying that 120Hz is amazing – if the software takes advantage – but it naturally does take a toll on battery lifespan.

Would I give up the 90Hz display on the Pixel 4 XL? To be honest, it wouldn’t be an issue. I do admit it would be harder to go from the 120Hz display on the OnePlus 8 Pro or Oppo Find X2 Pro to the Galaxy Note 10+ though. Make no mistake, I still love this display. It’s big, vibrant, bright, and everything really looks amazing from videos to apps. Plus on the larger model, you’ve got a serious amount of real estate to play with daily.

In-display fingerprint readers are a growing addition but to be completely honest, the Ultrasonic fingerprint reader in the Galaxy Note 10 is such a frustrating inclusion. It’s almost as if it picks and chooses when it works, which exacerbates the frustration when all you want to do is unlock your phone.

Software updates have improved the experience quite a lot. But it’s still a bit of an annoyance at times and, in all honesty, I’m not sure why Samsung didn’t go for an optical fingerprint reader. Security is a valid reason but if it ruins the user experience then persevering with poorly implemented tech is borderline lunacy.

At this stage, the S Pen is realistically the only tangible differentiator between the Galaxy Note and Galaxy S series. It’s no longer the core selling point but in essence, it sort of is. You’re probably wondering what I mean by that, well, if you need a display stylus, then the Note is for you. If not, then the Galaxy S10 is essentially the same smartphone.

Being able to sign documents and annotate images is really nice though. As someone that signs a ton of documents, it’s a godsend not having to fiddle around scanning or even pasting a scanned signature. The extra features are also really nice but I feel like the S Pen is a gratuitous addition at this point and not necessarily the core selling point that it once was.

It’s supremely accurate and while I have worn down the tips quite a fair amount, they are cheap to replace. Samsung’s solution to storage within the Note 10 body is so elegant that I have a bad habit of clicking and popping the enhanced stylus out far too much than I should. Luckily though it hasn’t done any damage whatsoever.

Being honest upfront, I have restored my Galaxy Note 10+ once since receiving it almost 12 months ago. I wanted a fresh install of Android 10, and this may mean that my experience is slightly different from yours if you have simply applied the One UI 2.0 system and subsequent One UI 2.1 updates.

I’ve barely noticed any slowdowns, which is not something that really plagues high-end smartphones any longer anyway. Games, apps, and everything else run with aplomb. The volume of duplicate applications and bloatware is a bit frustrating but it doesn’t detract from the experience too much, the Snapdragon 855 on Northern American Note 10 models is still an absolute powerhouse smartphone chipset.

With that said, we’re still waiting for the One UI 2.5 update that adorns the Galaxy S20 series. Samsung has improved with software updates since the launch of the Note 10 series. Regular monthly patches are usually pretty prompt, which probably isn’t a major concern to “average” buyers but to those of us interested in tech, it’s a priority.

I think that at this stage, there are no truly bad Android skins, there are just some that are less desirable than others. I personally have to put One UI 2.1 in that latter category. I just find the icons, status bar, and general feel to be a little “off” for my tastes.

I’ll give kudos to Samsung for trying things and adding features long ahead of other OEMs though. The fact that Samsung smartphones tend to get software features long before they are enveloped by AOSP often means the Korean firm is ahead of the curve.

We’ll get an upgrade to Android 11 at some point in the future but don’t expect to see Android 12. Samsung’s two-updates-then-done attitude is really poor and we hope that it improves as the firm’s pricing structure heads skyward towards that eye-watering $2,000 level.

If you’ve never used a Samsung smartphone camera before, here’s a quick refresher of what to expect: sharp images with mainly oversaturated colors.

The Galaxy Note 10 is no different. It takes good photos in a variety of situations but low-light is one area that Samsung has yet to really catch-up to the competition. Often when taking a photo on a drab or dull day, the camera software will do its best to boost the highlights and results in some messy portions.

Images are sharp and full of detail but definitely feel exaggerated. If you like adding color-popping filters to your images then you’ll love the Note 10 camera setup. Do I prefer flatter images? Yes but there is a certain appeal to the way Samsung processes photos.

I literally cannot fault the wealth of camera modes and focal lengths at your fingertips though. If you want to experiment with your smartphone photography, the Galaxy Note 10 really is a fantastic everyday companion. It also helps that the camera application launches much faster than any other I have used – allowing you to take that all-important shot in mere milliseconds.

The Samsung Galaxy Note 20 series may be weeks away but it has pulled into focus just how good a package the Note 10 and Note 10+ still are even 12 months after release. You get superb cameras, big batteries, a glorious (albeit 60Hz) display, plenty of under-the-hood grunt, plus now an even lower entry price.

If you are thinking of getting the Samsung Galaxy Note 10 or Note 10+ in 2020 and were worried that it might be a wrong move, don’t be. This is still an amazing smartphone that will impress you in all the ways that matter day-to-day now and long into the future.

Where can I get the best deal on the Samsung Galaxy Note 10?

We have a dedicated guide to getting the best deal on the Samsung Galaxy Note 10. However, if you are happy to buy a refurbished model, you can get the smaller Note 10 Unlocked for just $599.00, whereas the Note 10+ is priced at around $800 renewed.