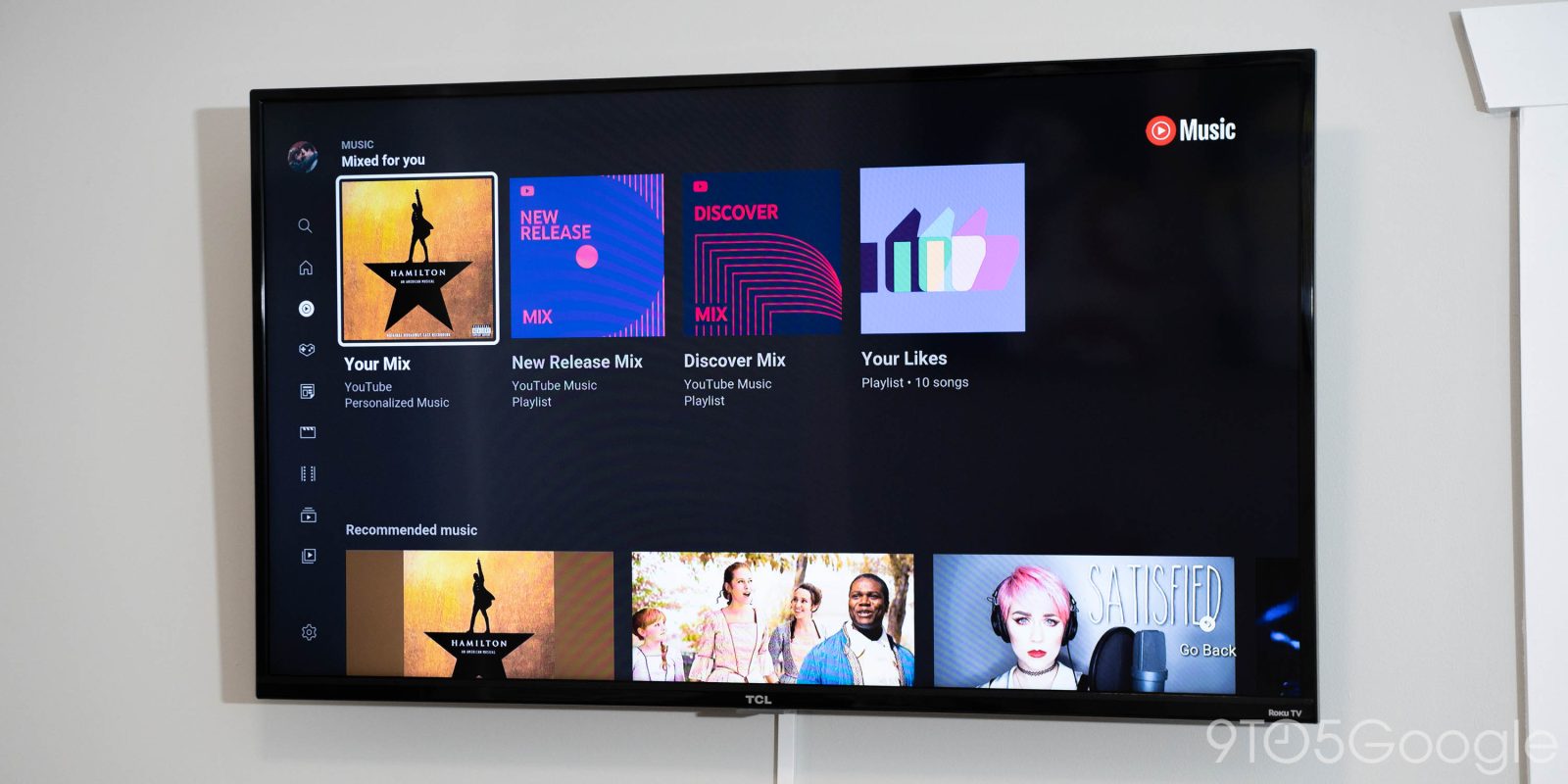 Android TV’s YouTube app is getting a couple of welcome updates. Thanks to a server-side change, YouTube Music has arrived on Android TV through the bigger YouTube app — Yep, it’s super weird.

This latest server-side update has been rolling out for a few days, and with it delivers a few notable tweaks. Immediately, some users will notice that Google has redone the icons along the sidebar with a slightly tweaked style. Also, some users have reported that HDR seems to work on more Android TV devices with this update. I haven’t encountered this myself, but it’s a welcome addition if it is rolling out widely.

The biggest change to YouTube’s Android TV app, though, is the addition of a music tab. YouTube Music has lacked an official YouTube Music app which, as the service prepares to kill off Google Play Music, is obviously a bit worrying.

To get YouTube Music on Android TV, Google has simply integrated that functionality directly into the larger YouTube app. A new tab in the sidebar will pull in your recent YouTube Music mixes and listens along with your “Daily Mix” and other generated playlists. It’s not a great UI and lacks a lot of functionality you’d expect from a wider app, but I guess it works fine.

Well, sort of. There are some major shortcomings here. You can’t browse your music while it’s playing and, equally bad, you can’t let it play in the background either.

Why did Google opt for this bizarre integration? I’d wager that it’s because YouTube’s Android TV app is essentially the same one found on Roku, smart TVs, game consoles, and other platforms. Eventually, all of those platforms will likely see this same Music integration.