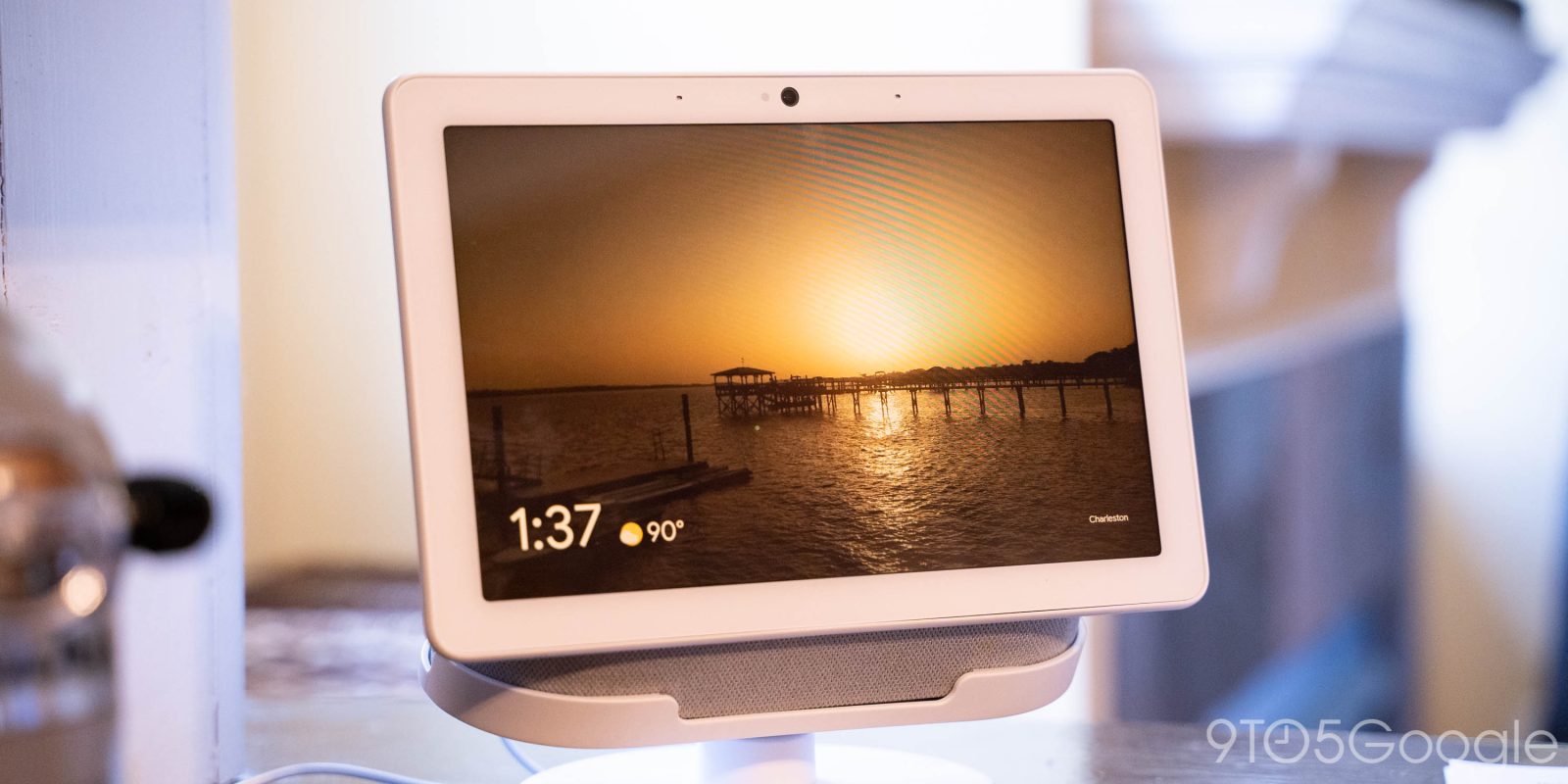 Start by long pressing the power button on Android 11, navigating to the overflow menu, and selecting “Add controls.” After updating to Google Home 2.26, Nest Hub Max devices will appear.

The Device Controls icon in the main grid will show when the Smart Display is playing media. Unlike with light bulbs, you cannot tap to just perform a single action.

A press slides up a sheet with full player controls to play/pause, go backwards/forwards, adjust volume, and scrub the playback bar. The track name and artist appears at the top. You also have suggestion chips to “Stop casting” and “Open YouTube Music” — in this example.

When audio/video isn’t playing, this shortcut lets you access the built-in Nest Cam on the Hub Max, as well as see the current Photo Frame. Like other dedicated security cameras, the live feed slides up right in the power menu.

As of this update, only the Nest Hub Max appears in Android 11 Device Controls. The smaller Nest Hub, Mini, or third-party Assistant devices do not appear here. It’s odd to just launch with one device, but a great step toward being able to control all your Nest media devices from Android 11’s new menu.

The new version also tweaks the account menu. Google Home 2.26 with the added Nest Hub Max support in Android 11’s power menu is still rolling out via the Play Store.