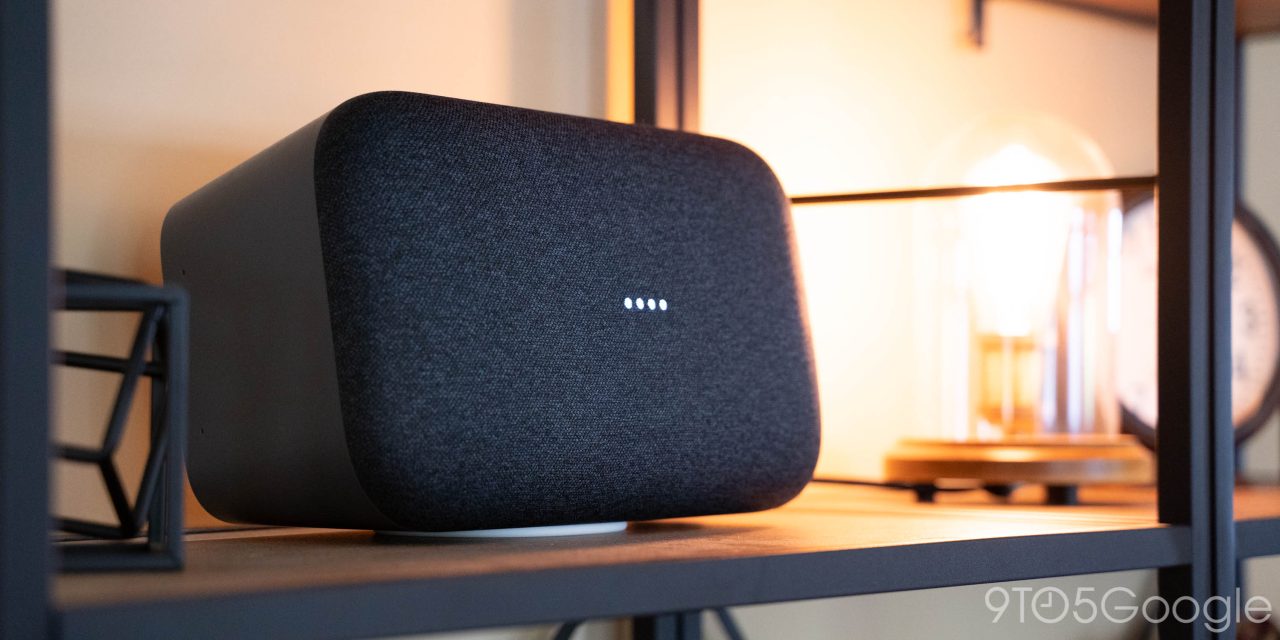 This fall, Google’s highest-end Assistant smart speaker will be three years old. Distinctly lacking Nest branding and amid confirmed rumors of a successor, the Google Store today discounted the Home Max to $199.

When it launched in December 2017, the Home Max came in at $399 and included 12 months of YouTube Music. At 11.7 pounds, it’s a larger speaker (13.2 x 7.4 x 6.0-in) with dual 4.5-in high-excursion woofers and two .7-in custom tweeters in a “sealed rigid housing” to “keep the audio composed.” It can be placed vertically or horizontally, while it supports stereo configuration if you have a pair.

Machine learning-powered Smart Sound works to adjust the equalizer to the current environment. There is an AUX jack to plug in other devices using a stereo cable, while there’s also an odd USB-C port. Lastly, there are six far-field microphones that do hear “Hey Google” over loud music.

At the start of last year, the Home Max still cost $399 before moving to $299. Today’s $100 discount to $199 does not appear to be permanent, but there is no expiration date listed. Both the Chalk and Charcoal models are currently in stock on the US Google Store. This deal is also available at other retailers.

Unlike the Nest Hub, the Home Max and Home Mini did not get rebranded. The latter product was replaced, but is still on sale, while the original Google Home sold out in May.

Following leaks in July, Google officially teased a new Nest speaker. According to our June report, this upcoming device would sit in between the original Home and Home Max in terms of sound quality. According to Google’s images, it is a rather tall device.