‘Dogfood’ build of Google News rolling out via Play Store 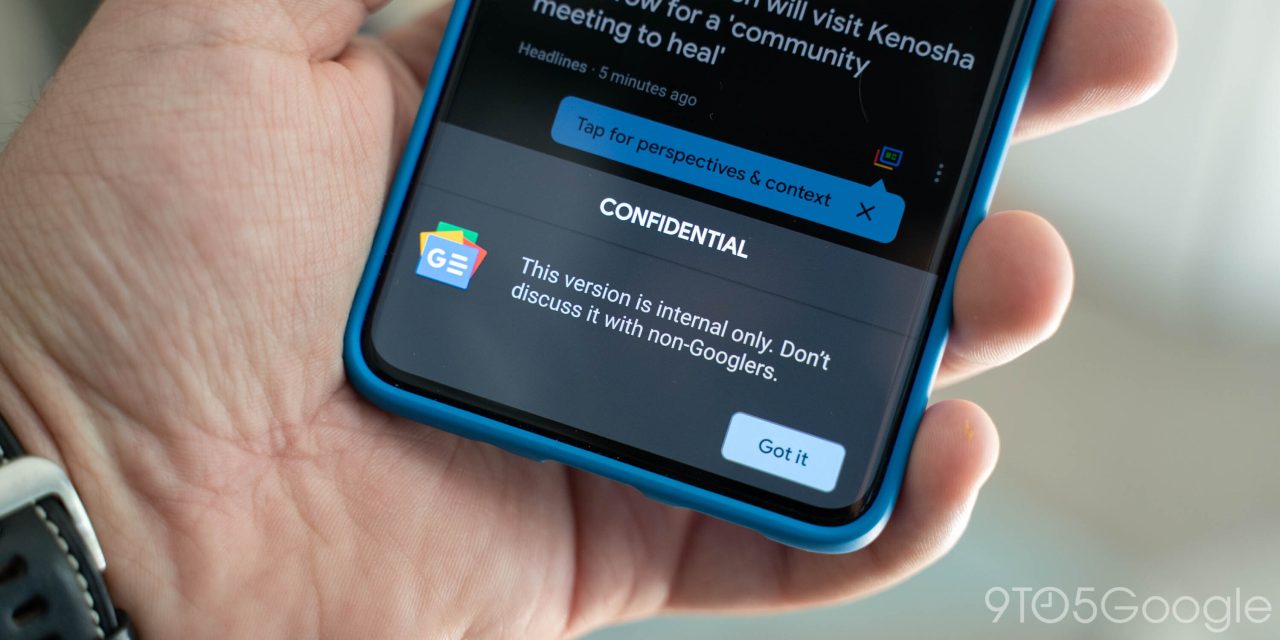 If you open up the Google News app today and see a notice that you’re using a confidential “dogfood” build, you’re not alone.

Yesterday, an update to Google News rolled out to Android phones via the Google Play Store, but it wasn’t your average update. Instead, it seems Google has accidentally shipped a “dogfood” build, complete with confidentiality notices and a tweaked icon featuring a paw print.

This version is internal only. Don’t discuss it with non-Googlers.

As you may know, this is far from the first time that something like this has slipped through the cracks. Earlier this year, a Google Messages update featured this same paw print — which indicates an internal “dogfood” testing build — and revealed some work-in-progress features. On another occasion, Chrome Canary briefly featured a cute baby dinosaur in an egg.

With this Google News dogfood, however, we’re given far, far more access to the inner workings of this Google app. On the main page, there’s a new floating action button to give “Dogfood feedback” about the app. Inside the settings, there’s also a previously unavailable option called “Labs,” where you can see hundreds of options that you can enable and disable, each representing either a work-in-progress feature or one of Google’s many, many A/B experiments.

One toggle, in particular, stood out to our team, and that’s “Enable Backend Crosswords.” As you may expect, turning on this flag gives us a tease of how crosswords may soon come to the Google News app, something that our APK Insight team has slowly watched in development for over a year.

Once the toggle is enabled, a new box appears underneath the first five stories of your For You tab, offering to play a “Daily Crossword.” Interestingly, the description suggests that the crossword puzzle may be “personalized” to you and “the day’s news.” Considering how challenging it is to craft a crossword puzzle that balances challenge, fun, and good aesthetics, we’re not sure how this would work. Sadly, tapping the “Play now” button leads to an error page for now.

Of course, now that people are beginning to notice that there’s something off about this build of Google News, Google will likely reverse the rollout of the confidential dogfood version of the app, putting folks back on the older version. Luckily, our friends at APKMirror will have it logged for eternity.