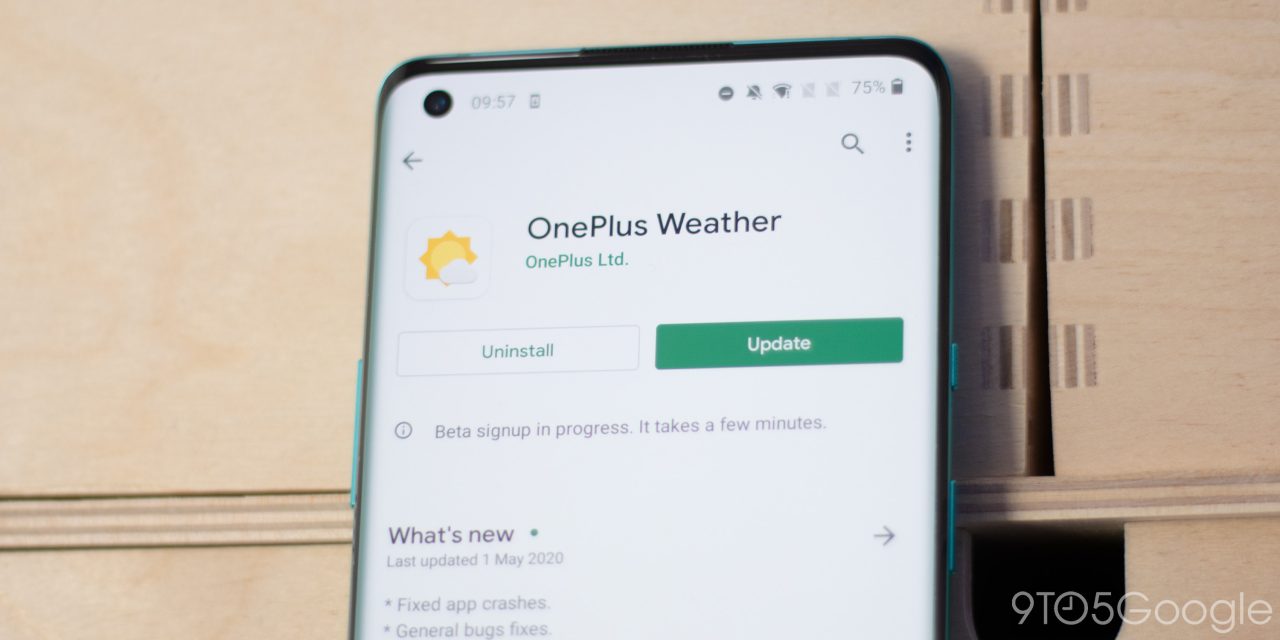 The OnePlus Weather app v2.7 is now available on the Google Play Store, bringing with it the refreshed OxygenOS 11 design and layout.

While the massive UI overhaul that has come with OxygenOS 11 might be splitting OnePlus fans right down the middle, it certainly takes a few design cues from Samsung’s own OneUI — for better or worse (via Android Police).

None of that is more pronounced than in the OnePlus Weather app v2.7, which skips simple shapes and icons in favor of larger text and more “realistic” weather conditions. The flat and playful icons and animations are more or less gone in this release. As we mentioned in our hands-on of OxygenOS 11, this is a massive departure from what fans probably know and love.

OnePlus Weather v2.7 is the first of the updated OxygenOS 11 system apps to be made available to non-8 series hardware, too. This is likely the first taste of the updated interface that most OnePlus owners will have before the Open Betas open for Android 11 in the coming months, provided you have eligible hardware.

Functionality remains more or less the same, but there are some notable tweaks, such as the removal of hourly temperature data when viewing forecast graphs. You can now see the sun position throughout the course of the day, which we admit is a nice new feature.

To get the OnePlus Weather v2.7 build, you’ll need to enroll on the beta, which you can sign up for here. Once enrolled you should get an app update via the Google Play Store.