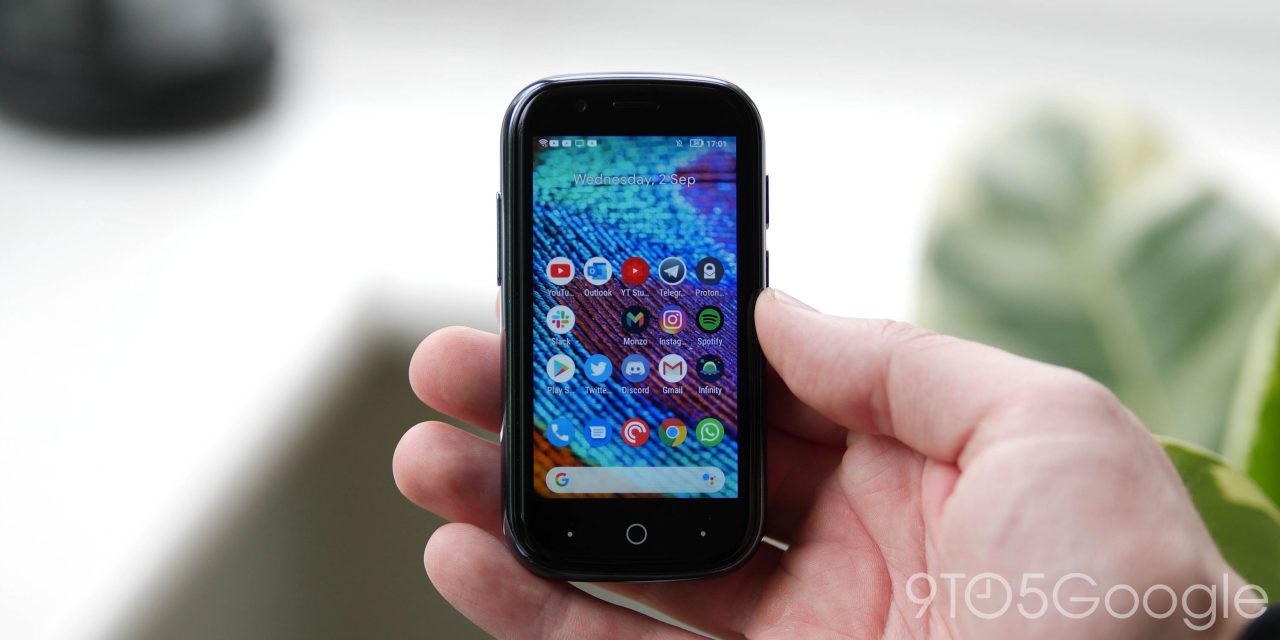 Often one of the biggest complaints of the recent “smartphone-era” has been the sheer size of devices. Small phones are supposedly dead, done for, but Unihertz actively baulks at that idea with the micro-sized Jelly 2.0.

This is a direct sequel to the original Jelly which released back in 2017. Although there are some interesting and notable improvements over the tiny formula that, if anything, might catch the eye of fans of weird and wonderful tech.

A successful Kickstarter campaign has seen the micro-mobile follow-up hit it’s funding goal and, therefore, it’s coming to market at some point in late 2020 or early 2021 — depending on production timeframes.

Heck, people who constantly complain about big phones have an actual tiny phone to choose from if they so wish. The “big” question is if a phone this small can even be usable or even useful given its context in the 2020 smartphone space.

The Unihertz Jelly 2.0 is actually not much bigger than a Tamagotchi of yesteryear but without the annoying caws and bleeps that accompanied the pixel art pets. By that I mean this feels like a keychain trinket, a small bleeping box that has no right being called a smartphone by today’s metrics.

While the Jelly 2.0 is small, it’s not thin by any stretch of the imagination, it’s probably double the thickness of your average Android phone or even tablet. That fact doesn’t hinder the design though, as it’s still absolutely tiny compared to the phablets we’re all more or less accustomed to seeing and using.

It has a 3-inch LCD display which is actually far more usable and impressive than I had ever anticipated. Yes, it’s an LCD but would an OLED have made a huge difference in such a small form factor? Maybe. Although I found it cramped at times but then on other occasions the spacing would be huge when it didn’t need to in certain applications.

The resolution is a paltry 480 by 854 pixels but unless you really squint or get close to the display, then you won’t see individual pixels. I personally think that it is sharp “enough” for such a small display. It definitely doesn’t get bright enough for my tastes but it’s an acceptable panel given everything else here.

Maybe in a bid to save some screen real estate, the Unihertz Jelly 2.0 includes capacitive touch buttons for navigation. This feels a little out of place with most OEMs realising that most people want gestures first and foremost but it does make sense for such a tiny tech trinket.

The rear panel design looks cheap. Glossy plastic is just really hard to do well, and although Unihertz probably isn’t trying to sell the illusion of “premium”, this does cheapen the package on offer here. There is a strange matte panel that contains the camera cutout, LED flash, and terrible rear fingerprint scanner. I just couldn’t get it to work half the time, so I gave up when using the device and used a screen PIN.

Due to the curved candy bar shape of the Jelly 2.0, you can also see the 3.5mm headphone port when viewed at certain angles too. Overall I’d liken the design to a large keyfob you’d use for your car or truck, but with far more tech packed inside.

While I can’t personally compare to last years Palm phone, I feel this is a damn sight cheaper feeling in the…palm.

Unihertz hasn’t exactly stacked the internals on the Jelly 2.0, you’re getting a now two-year-old MediaTek Helio P60 chipset but the inclusion of 6GB of RAM was a surprising one. On top of that, this diminutive little smartphone runs a pretty untouched version of Android 10 — complete with gesture navigation method on one of the smallest displays out there.

Maybe I have experienced some sort of placebo effect but overall I have been really surprised at how snappy the Jelly 2.0 has actually felt. It’s an older chipset but realistically you’re not really going to be able to do a great deal with this smartphone beyond the very “basics” anyway.

Maybe I have experienced some sort of placebo effect but overall I have been really surprised at how snappy the Jelly 2.0 has actually felt. It’s an older chipset but realistically you’re not really going to be able to do a great deal with this smartphone beyond the very “basics” anyway.

I tried firing up Call of Duty Mobile and while it did admirably, it was an outright awful experience. Most of that is due to the cramped display size but you can actually play should you be a sadistic mobile gamer. Videos are fine but wow are the details and nuance lost thanks to the low res display.

The inclusion of a programmable hardware button is neat, but I left it as a torch/flashlight, which I found was really nice to have a really tiny torch on hand all the time. There is even an IR blaster if you lose your TV remote.

We have no idea just what the software update situation will be like but the clean OS is impressive enough to not leave a bitter taste in the mouth.

Obviously the savings on a sub-$150 smartphone need to be made somewhere, especially one this small. The camera happens to be that area. Compared to similarly priced devices, the Jelly 2.0 is basically trash, although just having the ability to take a snap with what feels like a toy is still pretty neat — especially as you’ll get some odd looks when out taking photos.

Being forgiving, you’re not going to buy this device for its camera. However, the results are quite poor. Our advice is to just go in with severely tempered expectations.

With a large — considering the size of the device — 2,000mAh battery, I’ve seen some reasonably impressive lifespan from the Jelly 2.0. Seeing 4 hours of screen on time was pretty common when used as a secondary device.

I tended to just stick on a charger when at my desk though to ensure I didn’t have any worries. I think you might have a different experience should you use the Jelly 2.0 as your main smartphone though. I was pleasantly surprised that you can charge via USB-C, prior to getting my unit I expected microUSB as the primary charge port.

I have really enjoyed my time with the Jelly 2.0, Unihertz has done a great job with such a dinky little device. In no way will this ever replace your main device, especially if you like watching videos, playing games or taking photos or recording video.

Compared to the ever-expanding lineup of large smartphones, small phones feel at odds with what the market dictates. You might not be seriously looking at the Unihertz Jelly 2.0 to replace your main device but it’s a fun little backup or even a gift for someone in your life. Alternatively, it might genuinely be a good first device for a young child.

Where can I get the Unihertz Jelly 2.0?

This tiny smartphone initially launched on Kickstarter with an early bird $129.99 pricing. However, that funding campaign has finished with availability and updated information coming soon.