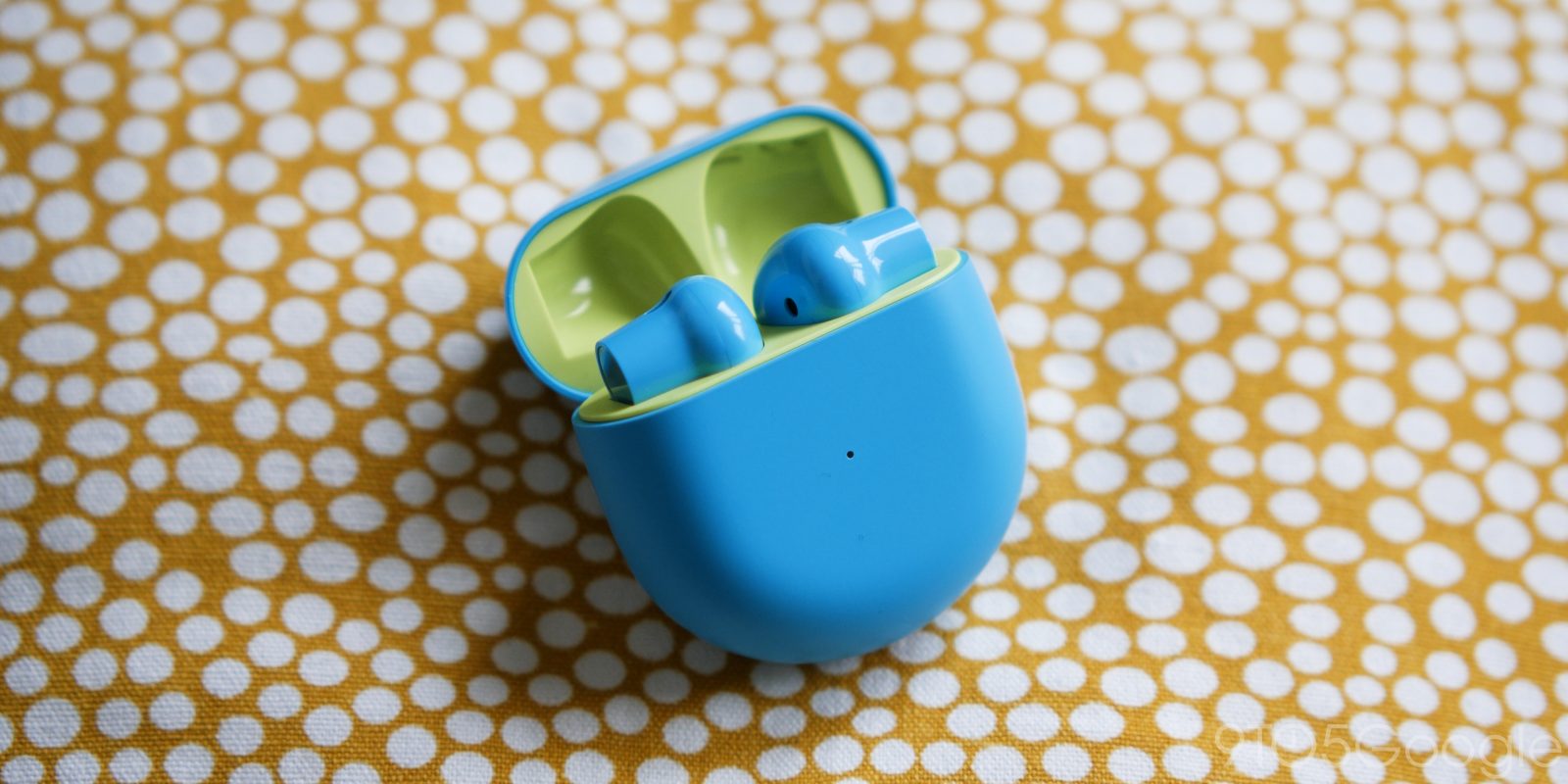 In the world of wireless audio, there is still a heavy reliance on the work Apple has previously done with the tried-and-tested AirPods. While the design is derivative of the AirPods, the OnePlus Buds are about the closest experience thus far on the Android side of things.

Smartphones and tablet accessories have become a growing battleground as a way to expand existing ecosystems beyond the “traditional” hardware and software. OnePlus has already made some fantastic Bluetooth earbuds but unfortunately, if you are averse to wires or tethers, then they have been a hard sell.

With the release of the OnePlus Nord, we finally got a pair of true wireless earbuds from the firm. The OnePlus Buds could easily be confused for their Apple counterparts and while I would love to have seen some design changes, it’s a tried and tested shape, look and feel that “general buyers” are looking for.

Although even though the OnePlus Buds are aimed at mass-market appeal, there are a few quirks that prevent them from truly achieving that — save the enticing sub-$80 entry-price.

Starting with the carry case, as this is a major step up from previous OnePlus earbuds and one of the most enticing portions of the entire OnePlus Buds package in my humble opinion. The matte finish carry case acts as – you guessed it – a vessel to both protect and charge your earbuds.

My personal first impressions were it looks like a hybrid of the AirPods and Google Pixel Buds cases — which is not a bad thing by any means. The matte finish is really good long-term design decision too because it’s far more likely to repel dings and scrapes as a result – plus it just looks better than glossy plastic.

You get a battery/charge indicator at the front of the case with a metallic hinge and pairing button at the rear. It’s like a small soft satin pebble, which I just love picking up. Yes, the case looks familiar to many other similar TWS earbuds, but I do really love the OnePlus Buds case.

The resemblance between the OnePlus Buds and the original AirPods is pretty uncanny at first glance, but there is a little nuance to the OnePlus design that I think does separate them from the Apple model. Let’s talk about the shape first, which takes the common shape and stem design and puts a minor spin.

The “tip” is enlarged with a rounded head for ear placement, while the stem should stabilize each bud when fitted. There is a small rounded touch-enabled portion that allows you to perform some basic controls without needing to reach for your phone.

You’ve seen this design a million times since Apple basically introduced it to the masses. The metallic tip at the bottom of each stem is another “borrowed” design choice but it helps the buds stay magnetically attached to the inner charge case.

I have the Nord Blue-colored OnePlus Buds to match my OnePlus Nord device, and the two-tone glossy buds and inner green case color does feel a little cheap. I think our own Ben Schoon summed them up well by suggesting that the “the hardware was cheap — cheap enough to be expected at a dollar store” but that you actually appreciate that in a weird way the more you use them. My advice would be to pick them up in white or gray, as the Nord blue earbuds are not the most attractive.

There is a small sensor in each earbud that is also able to detect when you’ve got them seated within your ears. This is great for being able to remove an earbud and speak to someone, with the audio resuming when you put a OnePlus Bud back in. Although there is a small issue I have, this does mean that you can only listen when both earbuds are in your ears. It’s annoying but it’s something I hope that OnePlus can fix with a software update.

Because the OnePlus Buds have that “generic” shape that has worked so successfully for Apple, you’ll either love or hate the fit. Now, this simultaneously is where the earbuds will pose the most problems by far. They are light and plastic dominates here quite substantially.

For the most part, I have had no major problems when fitting the earbuds in my ears. However, the right earbud just doesn’t play nicely and will often fall out if I don’t seat it in my ear canal properly. Would I suggest these earbuds for the active person? Honestly, no I wouldn’t. Any minor movement and I end up having to pick them up off the ground – which could be a serious problem on a run.

At the risk of contradicting myself though, the lack of proper seal will be a problem for some people out there for sure but probably not all people. I can’t say they are uncomfortable even with some issues keeping them in my ears. Even though I prefer silicone-tipped earbuds, the OnePlus Buds are pretty much fine. They are also not designed to give you a “sealed” feeling though, which I think is really important to note.

While I find the OnePlus Bullets Wireless Z to be the most comfortable earbuds I have worn, the OnePlus Buds are in the middle of the pack. I personally am unable to wear them for hours at a time because they fall out, but have worn them for up to an hour on long walks without major discomfort. Take all of that with a grain of salt though, as comfort is notoriously hard to quantify though due to all of our differing physical ear shapes.

Let me first absolve myself of any upcoming sins by uttering that: “I am not an audiophile.” Now with that out of the way you can take my opinion of the OnePlus Buds sound quality with a little bit more leniency. Although I like to think I know what I’m talking about to a decent extent.

If you want proper sound isolation then I would say avoid the OnePlus Buds. The slightly open design means that you can’t get a true “seal” which results in instrumentals and intricate tracks sometimes feeling lackluster or “thin.”

However, 13.4mm drivers can produce very good sound when in the right environments. Because there is no proper seal bass can feel overemphasized but as someone who listens to the genres where this really benefits, I have found it ideal. The soundstage is quite thin but well pronounced, although they are ridiculously close in sound profile to that of regular AirPods.

Unfortunately, there is only one high-quality Bluetooth codec supported by these earbuds too. AAC is supported but aptX is still locked to the Bullets Wireless 2. That means if you are a codec snob, the OnePlus Buds might not be for you.

The sound quality in calls is good, but the microphone can be a little tinny at times — or so I have been told by those I have called. You’ll still be able to hear the caller at the end of the line with no issues though and they should hear you in normal conditions just fine.

Let’s get some pitfalls out of the way first. If you do not own a OnePlus smartphone, then you will not be able to update your OnePlus Buds. That is a really big problem from the outset, as you won’t get access to software fixes and important tweaks. It also makes the OnePlus Buds really hard to recommend if you don’t have a companion device.

Google Fast Pair is included, which makes light work of keeping track of battery levels, connecting, and just keeping aware of where your OnePlus Buds are — I love the “ping” feature to find each individual earbud. Beyond that though, there really isn’t a wealth of controls but I’d imagine they will be fine but it’s annoying that you can’t skip back tracks or customize these options if you do not have a OnePlus-branded smartphone:

Although this is not all the touch controls can do if you do happen to have a OnePlus smartphone. With the latest OxygenOS updates you’ll get access to a number of extra controls including the ability to alter the double-tap action. This does allow you to add the skip back option and even activate your voice assistant of choice. At present there no way to tweak equalizer settings or sound profiles but that could be possible with a software update.

OnePlus has also touted low-latency gaming with the Fnatic gaming mode that is built into OxygenOS. I haven’t really noticed any major increases or boosts during my limited mobile gaming. Latency doesn’t appear to be a problem when watching YouTube videos or Netflix either.

I’ve been very impressed after a few weeks using the OnePlus Buds almost daily. I haven’t had to reach for the charger all too often which is one of the most frustrating aspects of many other similarly priced and competing wireless earbuds.

OnePlus rates the buds at around seven hours, which I would say is not far off correct from my own usage pattern. Between five and six hours were the norm before I needed to put the buds back into the charging case. I’m still sad that there is no wireless charging option for the Buds but I use the same charger for the OnePlus Nord and it takes a little over an hour to go from 0 to 100%.

The OnePlus Buds are surprisingly good wireless earbuds. The case and battery are particular highlights in my experience but I would also say the consist-but-modest sound profile is yet another impressive aspect. As far as experience goes, they are by far the closest to the Apple AirPods you can get from and Android OEM.

A huge gripe is that if you own a smartphone without a OnePlus logo embossed upon it, then they are just another pair of semi-decent wireless earbuds. To access all of the added controls and benefits, you need to own a OnePlus smartphone.

At $79, they are not a bad pair of buds by any stretch of the imagination. However, you’re slightly better off going for something like the Samsung Galaxy Buds+ for the added extras that work with any Android smartphone. That is unless you own a OnePlus device, in which case they are solid everyday companion if you don’t like the vastly superior OnePlus Bullets Wireless 2.

Where can I get the OnePlus Buds?

The OnePlus Buds are available directly from OnePlus.com or Amazon.com for $79 in three colors: gray, blue, and white.