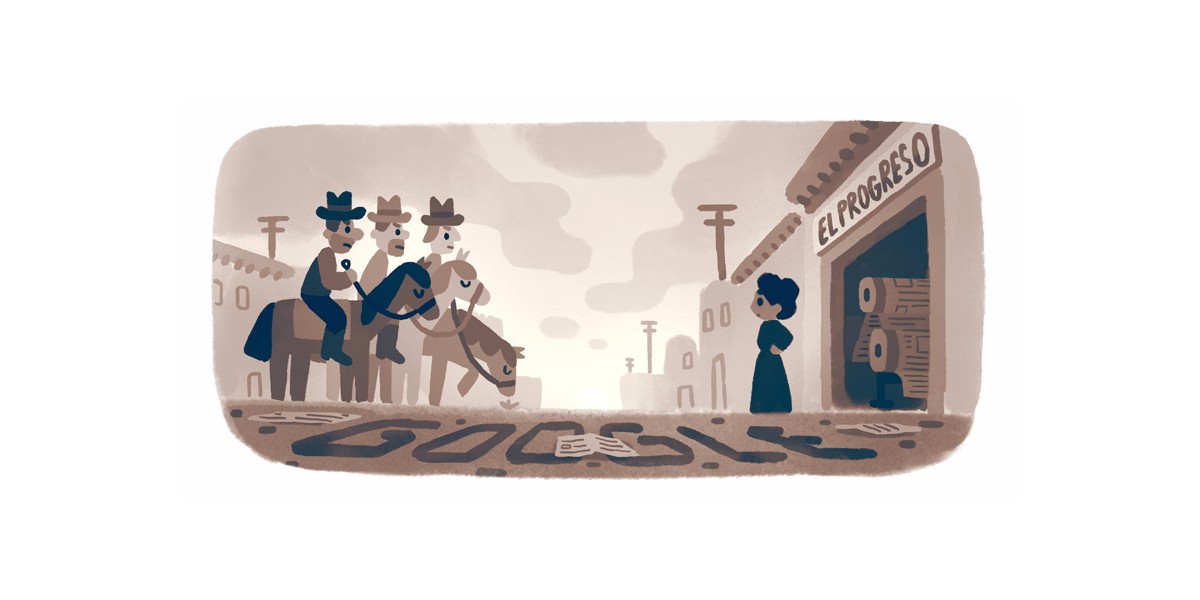 Last week, Google began what now looks to be a series of Doodles in celebration of Latin American History Month. Today, the series continues with a Google Doodle in honor of Jovita Idár, a Mexican-American civil rights activist.

Jovita Idár was born on September 7, 1885, in Laredo, Texas as one of eight children in her family. The Idár family recognized that they were privileged to have education and job opportunities not normally offered to those of Mexican descent in America. With that recognition, most of the family spent their lives dedicated to making those opportunities available to more Latin Americans.

While Jovita Idár is best known for her work as a journalist got her start in teaching, hoping to make a direct impact on the children in and around Laredo, Texas. Seeing the drastic differences in resources between white schools and Mexican-American schools, Idár decided to work for a newspaper, La Cronica, aiming to make a larger impact on children’s lives. La Cronica dedicated much of its coverage to shining light on the social injustices faced by Mexican-Americans, particularly in Texas.

On this week in 1911, a group created by La Cronica held the Primer Congreso Mexicanista — the First Mexican Congress  — which brought great minds like Jovita Idár together to fight back against racism and inequality toward Mexican-Americans. Shortly thereafter, Jovita Idár was elected to be president of an offshoot group, La Liga Femenil Mexicanista — the League of Mexican Women — which offered free education for Mexican children.

What we see in today’s Google Doodle is part of Idár’s work at another newspaper, El Progreso. In 1914, El Progreso published an editorial opposing President Woodrow Wilson’s deployment of troops to the U.S.-Mexico border.

In response to that article, a group of Texas Rangers sought to ransack the newspaper’s office, but Jovita Idár stood boldly at the entrance, keeping the attackers at bay. Sadly, the Rangers later returned on a day when Idár wasn’t there and finished the job, destroying the El Progreso printing presses and office.

Jovita Idár’s life and legacy was also recently retold by The New York Times as part of a series of “overlooked” individuals who didn’t originally get an obituary published, as well as in celebration of the 100th anniversary of women obtaining the right to vote in the United States.

As Latin American History Month continues through October 15, we may see one or two more Google Doodles honoring other powerful figures throughout Latin American history like Jovita Idár and Felicitas Mendez.

Elsewhere in the world today, those who visit Google’s homepage in Japan will be treated to a heartwarming Doodle celebrating Respect for the Aged Day, a holiday dedicated to the nation’s elders. In the Doodle, we see the younger generation connecting with their grandparents through a video call.