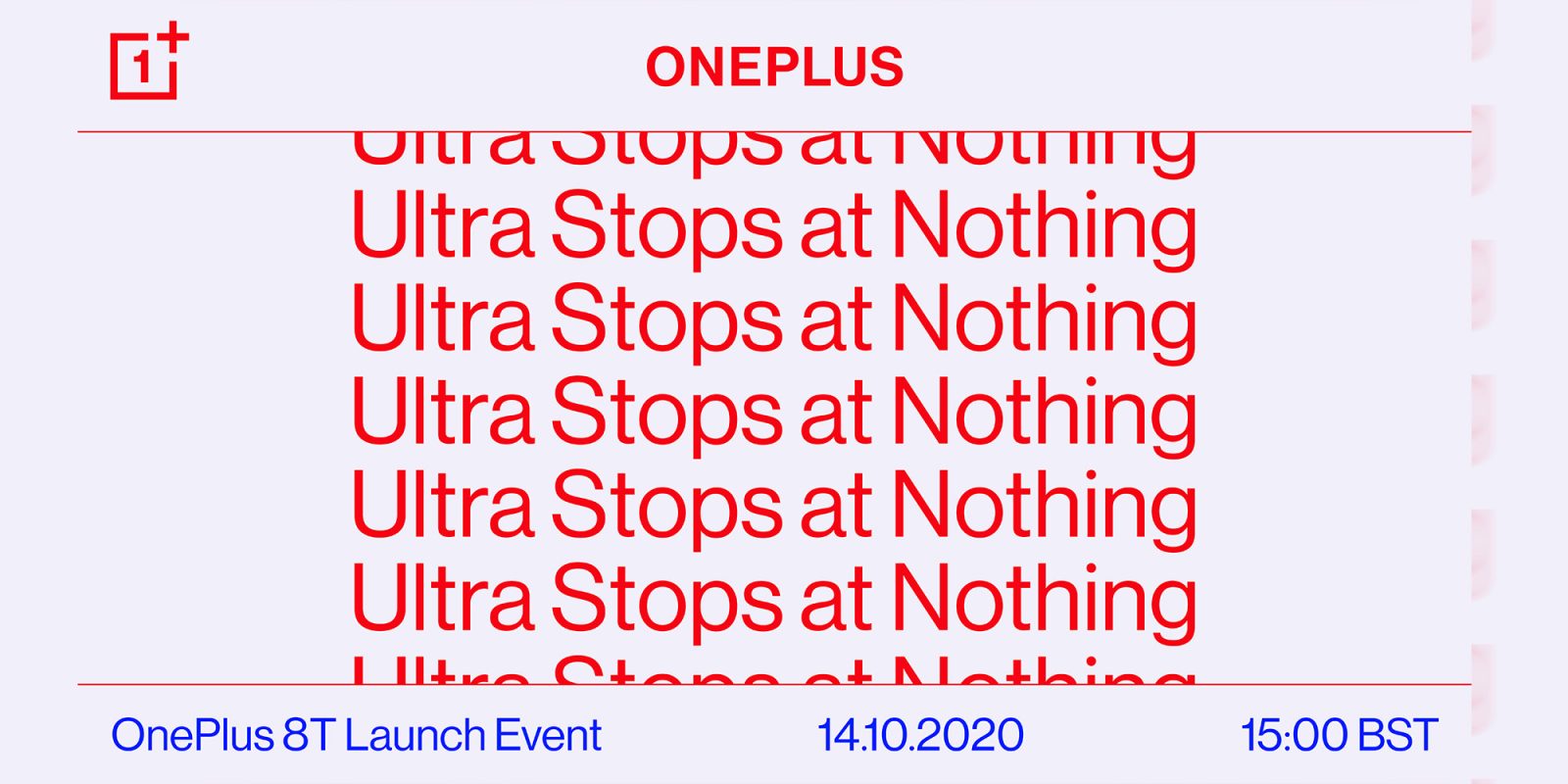 After speculation, teasers, and some inadvertent leaks from retailers, OnePlus has now confirmed that the OnePlus 8T will launch on October 14th in an online-only livestreamed event.

While there is a ton of speculation about what to expect, the OnePlus 8T will no doubt prove to be the biggest update to the mainline OnePlus series since the OnePlus 7T hit shelves in late-2019. This time around, the T-series OnePlus handset is expected to exclude a “Pro” variant.

We’re expecting one OnePlus 8T handset to be unveiled during the launch event. One would hope that the slightly underwhelming standard OnePlus 8 will be wiped from the slate, as it failed to really live up to the previous OnePlus 7T in all areas — save the battery.

The event tagline this time is “Ultra Stops at Nothing.” If you have any idea what that marketing jargon really means, then be our guest and let us know down in the comments section below, because it sounds a lot like the kind of marketing baloney that Android OEMs seem to think fans want to hear.

Let’s talk rumors for a second though, as the OnePlus 8T is expected to launch with the latest Qualcomm Snapdragon 865+ chipset, 120Hz refresh rate display will include a very Samsung-like camera array, and it will potentially come with 65W charging as standard. The heavily One UI-inspired OxygenOS 11 is also set to come pre-installed, which hints at a very different OnePlus compared to what we have seen in recent years.

“OnePlus is always looking for opportunities to bring the latest technology to our tech-savvy users as soon as we feel it meets our high standards,” said Pete Lau, Founder and CEO of OnePlus. “With the upcoming OnePlus 8T, we are once again raising the bar for ourselves in terms of the overall user experience, thanks to some new features that we are excited to introduce for the first time in a OnePlus device. I am confident that the OnePlus 8T will once again exceed expectations and deliver an unparalleled flagship experience.”

The OnePlus 8T launch event will be streamed online on October 14 at 10 AM EST on  https://www.oneplus.com/launch. More details will be shared over on the official OnePlus Forums, website, and other social channels. Let’s just hope that we don’t have to sit through a fiddly AR launch again this time.