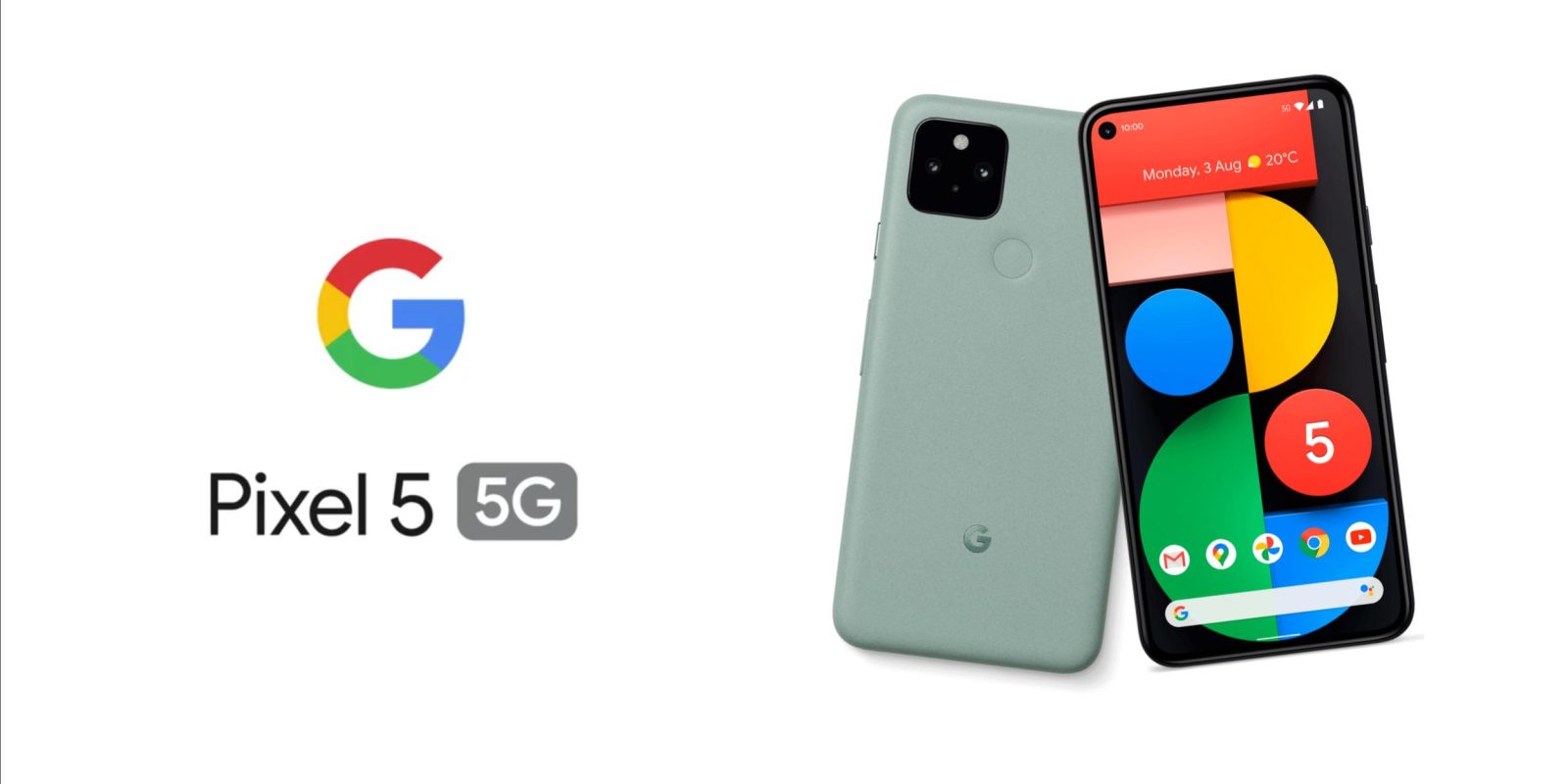 With the launch of its affordable mid-range phone in August, Made by Google teased the rest of its 2020 phone lineup. At Launch Night In, the Pixel 5 was announced as Google’s flagship phone for the next year.

The Pixel 5 starts with a 6-inch FHD+ OLED 90Hz Smooth Display that features a hole-punch in the top-left corner. Only one screen size is available, with those that want the absolute biggest screen having to jump down to the 4a (5G). It’s only slightly larger than the 4a, though these bezels — especially the bottom — are slightly more uniform.

There’s an 8-megapixel front-facing camera (83 degree FOV), while the back retains the rounded square bump introduced with last year’s device. A tweak sees the flash moved to the top position, while the spectral and flicker sensor is below. Google is using the same 12.2MP sensor with ƒ/1.7 that dates back to the Pixel 3, but it’s now paired with a 16MP wide-angle lens (107 degree FOV) to match most other phones today. On the video front, 4K 60FPS and 1080p 120FPS rear video recording are now available.

Google touts a “serious” upgrade due to “HDR+ with Bracketing.” Night Sight now works in Portrait Mode, while there’s also “Portrait Light.” For video, Google introduced Locked, Active, and Cinematic Pan — “to make the everyday look like a movie” — stabilization modes. However, there is no Pixel Neural Core for faster, dedicated image processing.

Continuing down the rear of the Pixel 5 is Pixel Imprint given the absence of face unlock, while the fingerprint sensor is quite flush with the rest of the body compared to previous years. There is no real rim or indent, and it’s sometimes difficult to locate based on feel alone.

Rounding out the hardware is IP68 water/dust resistance, while there’s no 3.5mm headphone jack as a “premium phone.”

It’s powered by Qualcomm’s octa-core Snapdragon 765G processor with 8GB of RAM. For the second year in a row, Google is increasing the amount of memory, while only 128GB of storage is available. There is a Titan M security chip.

The 4,080mAh “typical” battery — with Google noting a minimum 4,000 mAh capacity — is a hefty upgrade compared to prior phones in the line that charges via USB-C or Qi. The latter supports reverse wireless charging for accessories, like Pixel Buds. “Extreme Battery Saver” can extend battery life to up to 48 hours by deciding what apps can run.

Running Android 11 out of the box, the Pixel 5 is guaranteed to get three years of OS and security updates, while the new Google Assistant that debuted last year is also available. On the software front, Google touts YouTube Music’s “Smart Downloads with 5G” and HD Google Duo screen sharing. “Hold for Me” will have Assistant wait on the line for you when dialing a toll-free number and alert you when a human is on the line. It leverages Google Duplex and Call Screen while working on-device.

Pixel 5 will be available in the United States, Canada, United Kingdom, Ireland, France, Germany, Japan, Taiwan, and Australia. Based on where you are buying, the phone will have just a Sub-6 5G radio or Sub-6 + mmWave.

Google is offering the Pixel 5 in just two color variants. “Just Black” is rather straightforward, while “Sorta Sage” stands right in the middle of Google’s lighter phone hues (Barely Blue Pixel 2, Not Pink Pixel 3, Purple-ish Pixel 3a) and bolder ones (Really Blue Pixel, Oh So Orange Pixel 4). There is no real pop of color this year as Google opted for a shiny power button and “G” logo.

It costs $699 in the US and will be available starting October 15. The Pixel 5 Cases are available in Green Chameleon, Blue Confetti, Static Gray, and Basically Black. Meanwhile, there are several service promos for new customers only:

When you purchase a Pixel 4a (5G) or Pixel 5, you’ll also get Stadia and YouTube Premium trial for 3 months, 100 GB of storage with Google One for 3 months and Google Play Pass and Gold/Silver Status on Play Points