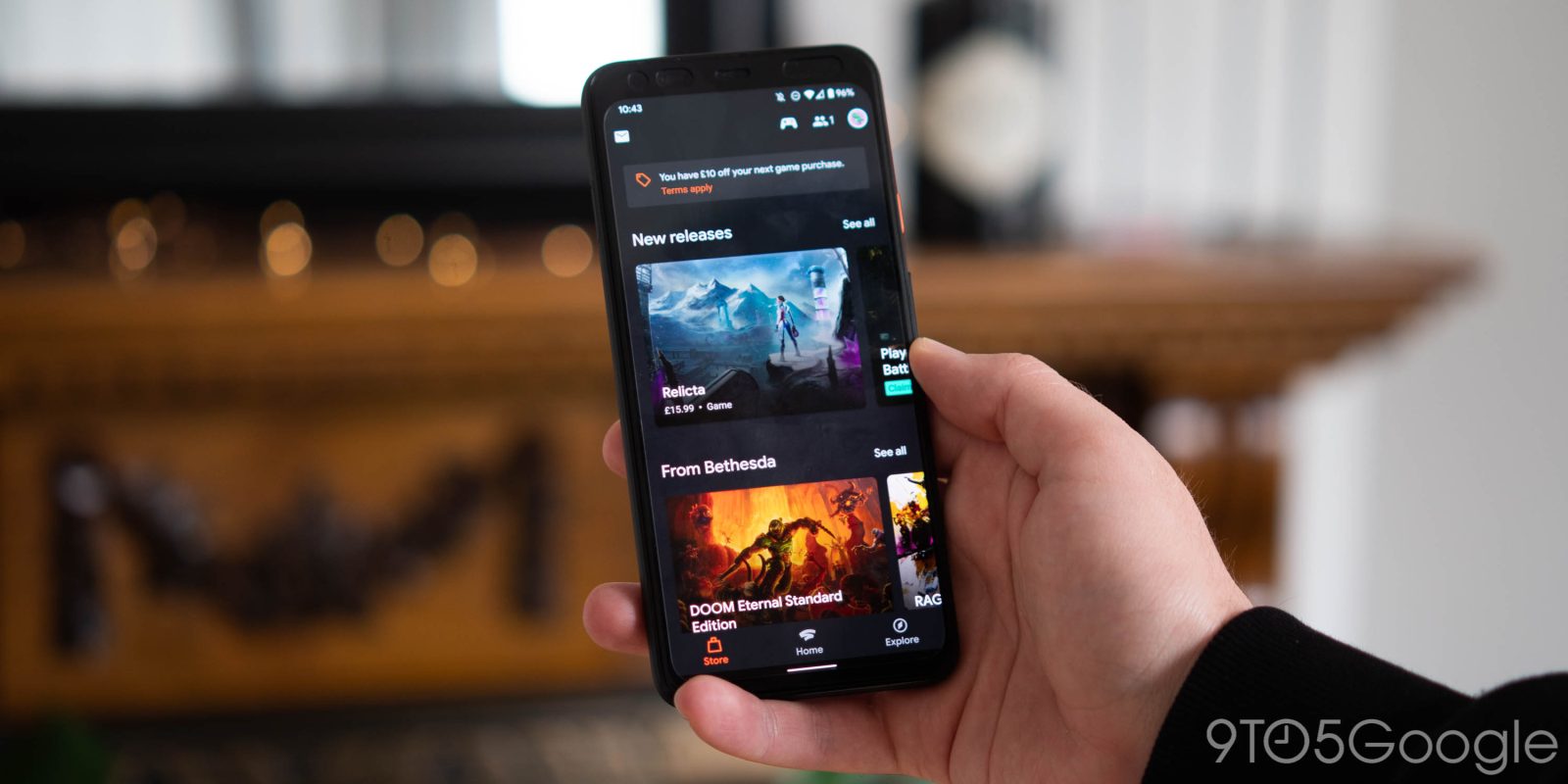 Last week, amidst a slew of other impressive products, Amazon announced a new gaming service, Luna, that competes directly with Google Stadia. But before you count Google out of the game streaming war, it’s important to remember that there’s one thing Stadia has that neither Xbox Game Pass nor Amazon Luna can offer — ownership.

Amazon’s fall hardware event, taking place less than a week before Google’s own “Launch Night In,” debuted a variety of devices ranging from traditional smart speakers to an indoor security drone reminiscent of Black Mirror. At the same event, Amazon took the wraps off of Luna, a game streaming service built on the concept of “channels.”

For an introductory rate of $5.99 per month, you get access to the base “Luna+” channel, which grants you access to “a growing library of new and favorite titles” streaming at 1080p. Building on top of that, you can subscribe to other channels with the first example being an Ubisoft channel that grants access to more Ubisoft games, including “Ultimate” editions, streamed in 4K, all for an unknown price.

Meanwhile, Microsoft has just this month publicly launched its xCloud game streaming as part of Xbox Game Pass Ultimate, which gives subscribers access to stream any of the 150+ games in xCloud’s library for $15 per month. Both Xbox Game Pass and Amazon Luna seem to offer something of the “Netflix for games” experience that many gamers hoped that game streaming would create.

With these two strong competitors, each offering an incredible value for gamers, one could easily argue that Google Stadia is beginning to look weak. But, for a moment, let’s look at things in a different light.

Customers of Netflix and Hulu — and most all other streaming services — are all too familiar with new movies and TV shows landing regularly onto the services. However, each month also brings a wave of removals, whether because the contract expired or because that series or movie is moving to another service.

Nine times out of 10, you aren’t going to miss what’s being removed because you either already watched it or weren’t going to watch it in the first place. But sometimes Netflix loses something you’ve grown accustomed to and watch regularly. Fans of Futurama, Parks & Rec, and soon The Office know exactly what I’m talking about.

When this happens, there’s really not much you can do about it except subscribe to a different service that has your binge of choice, assuming there is one. And of course, since you’ve changed services, your “progress” is lost, so you need to remember where you stopped and pick up from there.

Like it or not, that’s just the way Netflix is.

What does that have to do with games?

As you could expect, all-you-can-play services like Xbox Game Pass are no different from Netflix and Hulu, with the libraries rotating regularly. Just this month, console version of Game Pass dropped a handful of games including Red Dead Redemption 2 from its library, and there’s no reason why the streaming library would be any different in the coming months.

So what do you do when your “Netflix for games” no longer has the game you were playing? Even if you can just play from another service, your game saves — the hours and hours of your time invested — will most likely be lost, as many games do not have a “cross save” system like Destiny 2 and Hades do.

To Microsoft’s credit, you can regain access to your game and cloud saves by purchasing the game for Xbox or PC. Of course, that would assume that you have hardware to actually play the game on. Beyond that, to get back to playing the game on the go, you’d need to keep it installed — and updated — on your home Xbox, to act as a streaming server. Both of these very much so defeat the big advantages of game streaming.

At one point, Microsoft mentioned that purchased Xbox games should also be playable via streaming, but this has yet to launch.

As for Amazon Luna, so far, it’s only been shared that you can play the games that are offered through the assorted “channels.” Presumably, these channels — especially the base Luna+ channel — may periodically rotate games in and out to keep the library fresh for the same monthly price.

That said, we likely won’t know much about how the Luna+ channel will work with any certainty until Amazon Luna releases into early access later this month. By that same token, there’s been no indication that you can outright buy games for Amazon Luna.

On a positive note, Luna is powered by Windows, meaning it should be possible to buy any of its games on a marketplace like Steam. However, it’s unclear at this point how or even if you can obtain your game save from Luna’s servers. And again, you’d still need to have good enough PC hardware to play the game, defeating the purpose of streaming.

Now let’s think about Stadia’s games for a minute. As of today, there are two ways to get access to a game on Stadia. The way most people will probably get games for Stadia is by simply buying them. Once you’ve paid for a game — even if you got it during a Stadia Pro sale — it’s yours to play forever, with or without a subscription.

The other great way to fill out your library is to subscribe to Stadia Pro. The main reason for the subscription is for upgrades like 4K, HDR, and surround sound, but every month Stadia Pro members can claim the two or more free monthly games — September and October both saw six free games. The games you claim this way are yours to play for as long as you have a subscription, even if you unsubscribe for a while and come back.

In either case, games that enter your Stadia library are there to stay, unlike Xbox Game Pass or Amazon Luna, because they’re yours. So long as you have a decent internet connection and live in a country where Stadia is supported, you can play your games anytime, anywhere. The only situation where you could lose access to a game is if the developer decides to shut down the game’s servers, but that would apply to all platforms like Steam, Xbox, or Luna, not just Stadia.

But let’s go a step further. Say Stadia truly does fail altogether, and Google calls it quits. A similar scenario has happened once before in the world of cloud gaming, with customers of OnLive permanently losing access to all of their purchased content when the service failed and was bought by Sony. On the opposite end, when Microsoft recently shut down their digital bookstore, shutting off customers’ access to their purchased books, they refunded every purchase ever made.

It’s impossible to say what path Google would take in the unfortunate event that Stadia were to ever shut down, but for what it’s worth, Stadia’s return policy does specifically state they may offer a refund should they ever remove access to one of your games, which shutting down Stadia would certainly qualify as.

As for your game saves and other content, Stadia already allows you to export your saves, screenshots, and captures via Google Takeout.

Again though, that’s all a question of if, not when. As it stands today, Google Stadia is a great way to create a library of streaming games that you can be sure won’t lose your favorite games and progress just because the rights ran out.