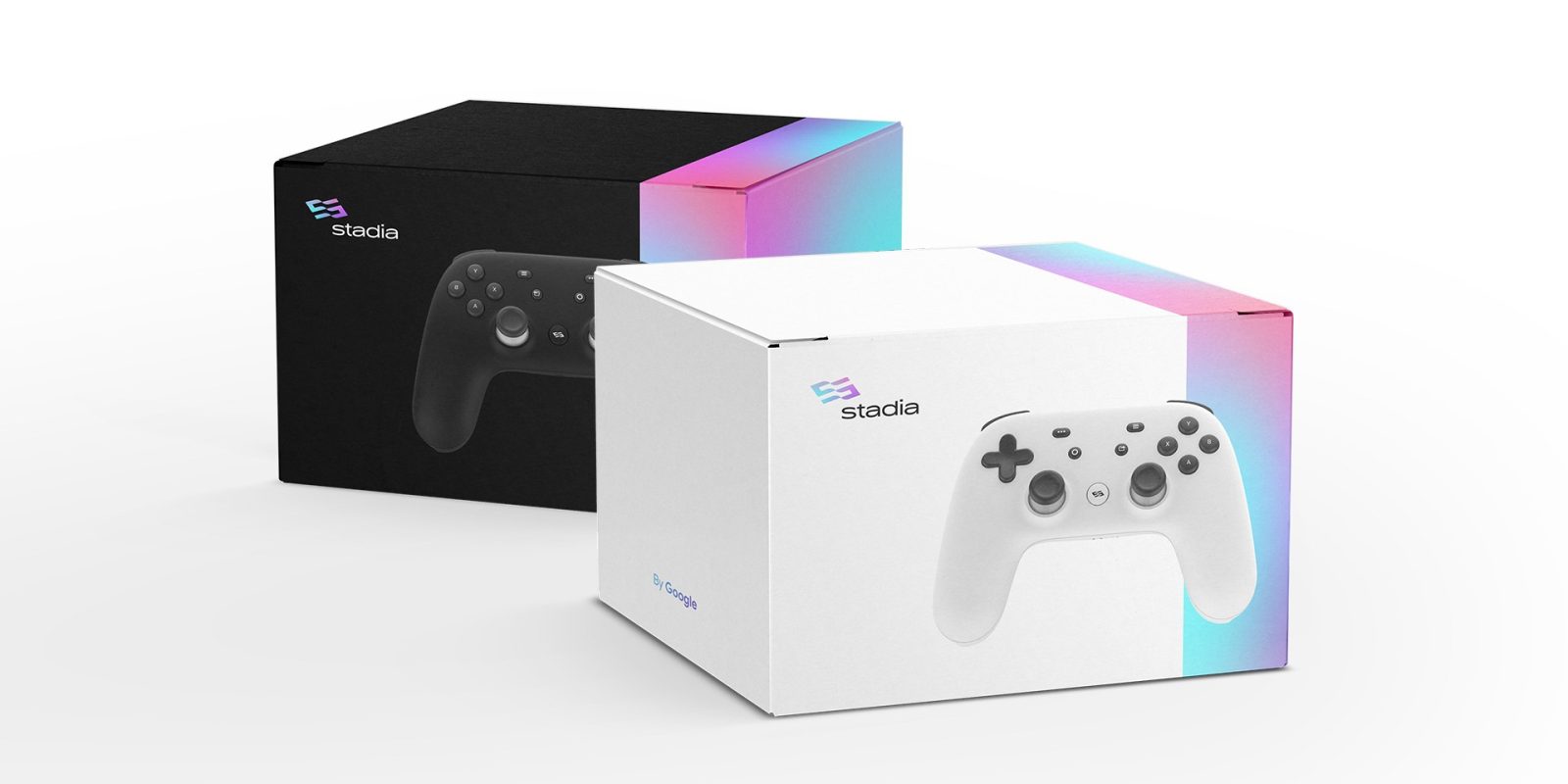 All this week, folks have been celebrating the one-year anniversary of Google Stadia — which was officially yesterday. Yesterday, we looked at the realities of playing on Stadia for the past year, as well as a variety of announcements for the future. Today, let’s instead look at alternate timelines for Stadia, with scrapped logos courtesy of one of Stadia branding designers, Jean-Lou Renoux.

As shared by IveGotHam on the Stadia subreddit, independent design director Jean-Lou Renoux has publicly shared some insights from the process of working with Google and Google Creative Lab to shape Stadia’s brand.

Amidst things like an explanation for Stadia’s “vibrant oranges” and “deep plum” — apparently chosen to “evoke feelings of whimsy and thrill” — we find some early and alternate artwork for Stadia’s logo and even the basic colors it uses.

Starting with the design that’s the farthest removed from how Stadia looks today, Renoux’s gallery shows off a vaporwave-esque blue and pink Stadia logo created by adding a vertical ripple to a sharp-cornered letter S. This design was even demonstrated on box artwork for the Stadia Controller — albeit missing the Capture and Google Assistant buttons.

Another alternate design builds the “S” of the Stadia logo out of the lines of a twenty-sided die — typically called a D20 by fans of tabletop games. Meanwhile, in a version that is certainly the closest to what we have today, the Stadia “S” logo looks essentially identical, except you can see that it’s actually made from a three-dimensional spiral.

Notably, the previous two example artworks prominently featured characters from Fortnite, which has yet to release on Stadia, alongside Assassin’s Creed Odyssey, which was a launch game for Stadia. Given Tim Sweeney’s comments on Stadia as a platform just a few months ago, however, it doesn’t seem likely that the use of that artwork can be used as evidence that Fortnite for Stadia is or was in the works.

Similarly, another piece of Stadia branding artwork, showing something akin to baseball cards for video games, features Tracer from Overwatch, another game that has shown no indication of coming to Stadia. I’m personally very intrigued to know how these cards were intended to be used and if they were going to be physical or simply digital.

Do you prefer any of these alternate designs over the Stadia logo we have today? Which scrapped logo is your favorite? Let us know in the comments.

The headline has been updated to better reflect that the creation of Stadia’s branding was a group effort, not the work of a single individual.